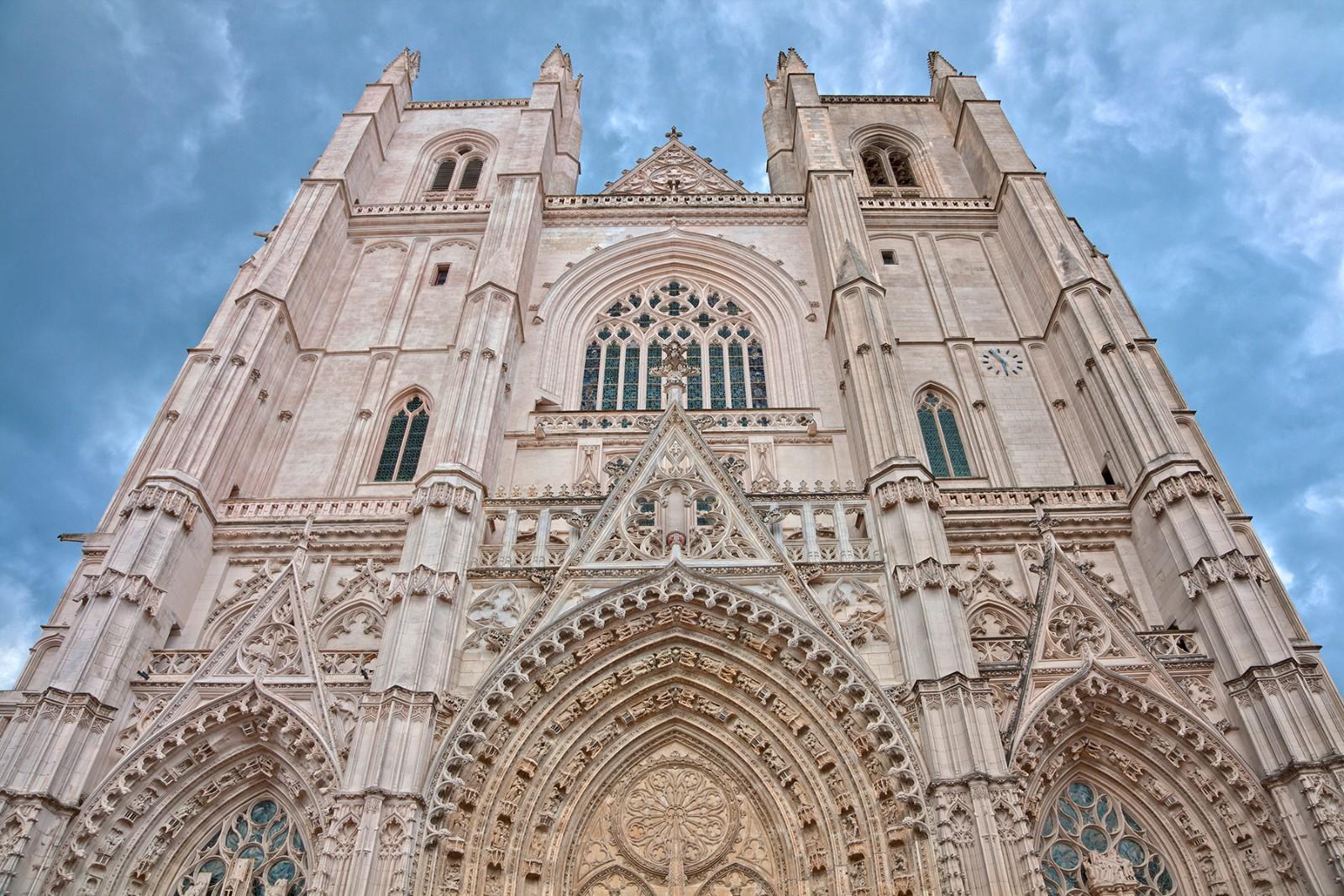 In the early hours of July 18, a fire at the iconic Cathedral of St. Peter and St. Paul of Nantes shocked France. Still reeling from the massive fire at Notre Dame in April of last year, many feared for the worst. Through the quick work of over one hundred emergency responders, the fire at Nantes Cathedral was contained, though not before some of its invaluable treasures were destroyed, including its seventeenth-century organ, large, historic stained-glass windows, and the nineteenth-century painting.

Investigators soon discovered that the source of the fire came from three separate sites, leading them to conclude that the fire was likely a case of arson. A volunteer charged with locking up the church was initially questioned and released. Several days later, racked with guilt, according to his lawyer, the man confessed to starting the fires.

The identity of the thirty-nine-year-old Rwandan refugee, who has lived in France since 2012, has not been revealed. A warden of the church who had closed it down the night before the blaze, he was an immediate suspect. Though no motive has been indicated, his lawyer relayed that the man “bitterly regrets” his actions. According to Nantes prosecutor Pierre Sennes, he has been charged with "destruction and damage by fire" and could face up to ten years in prison and $175,000 in fines. 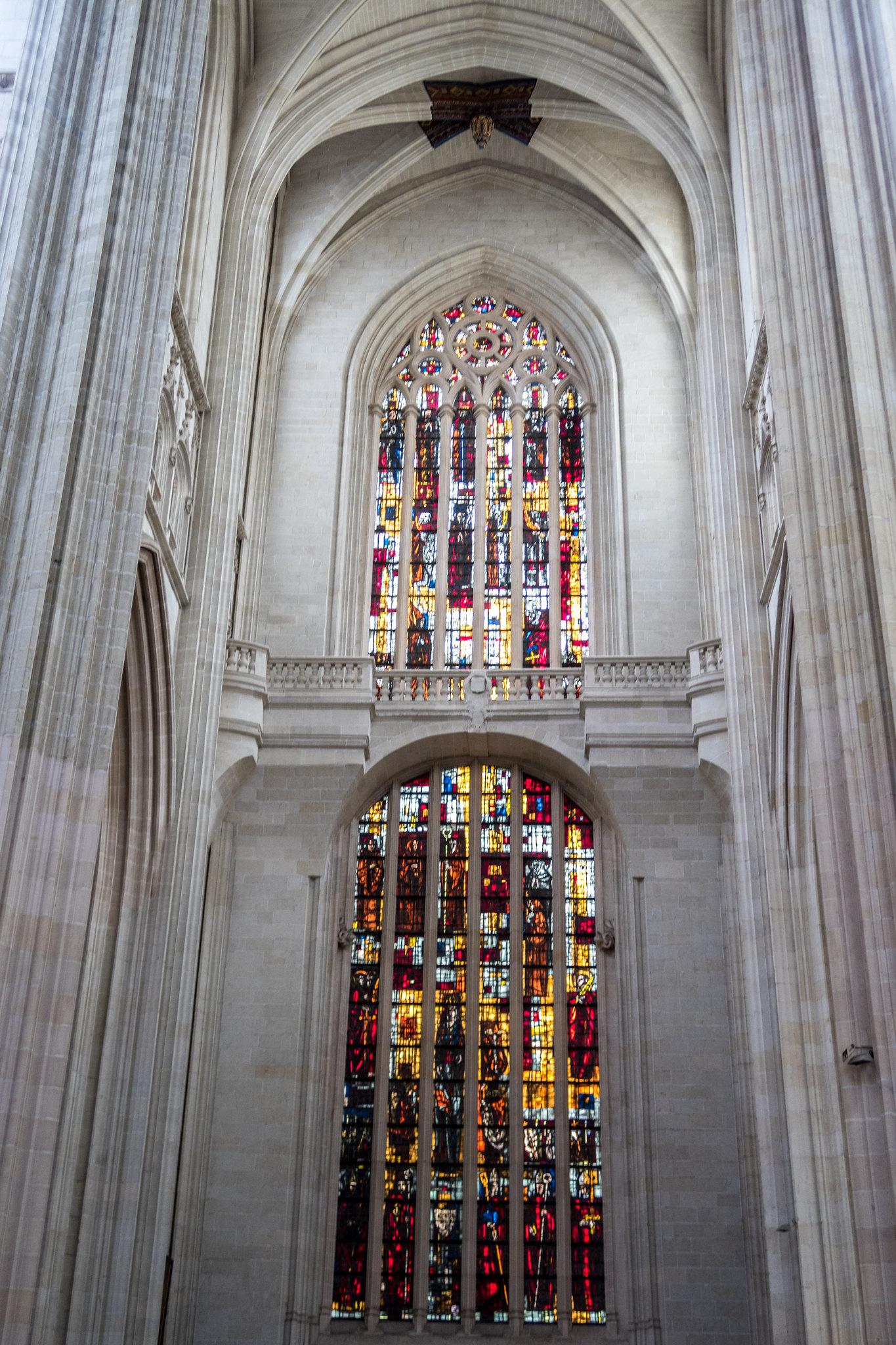 Stained-glass windows inside the Nantes Catherdral, prior to the 2020 fire.

The gothic cathedral, sometimes called the Notre Dame of Brittany, has been listed as a historic monument since 1862. Construction began on the building in 1434 and was not finished until 1891, 457 years later. Known for its beautiful, white stone gothic facade, the cathedral is a tourist attraction and gem of the region. The cathedral is home to massive stained-glass windows and two organs, one built by Jacques Girardet in 1621, both of which were destroyed in the fire, though, thankfully, the cathedral remains structurally intact. 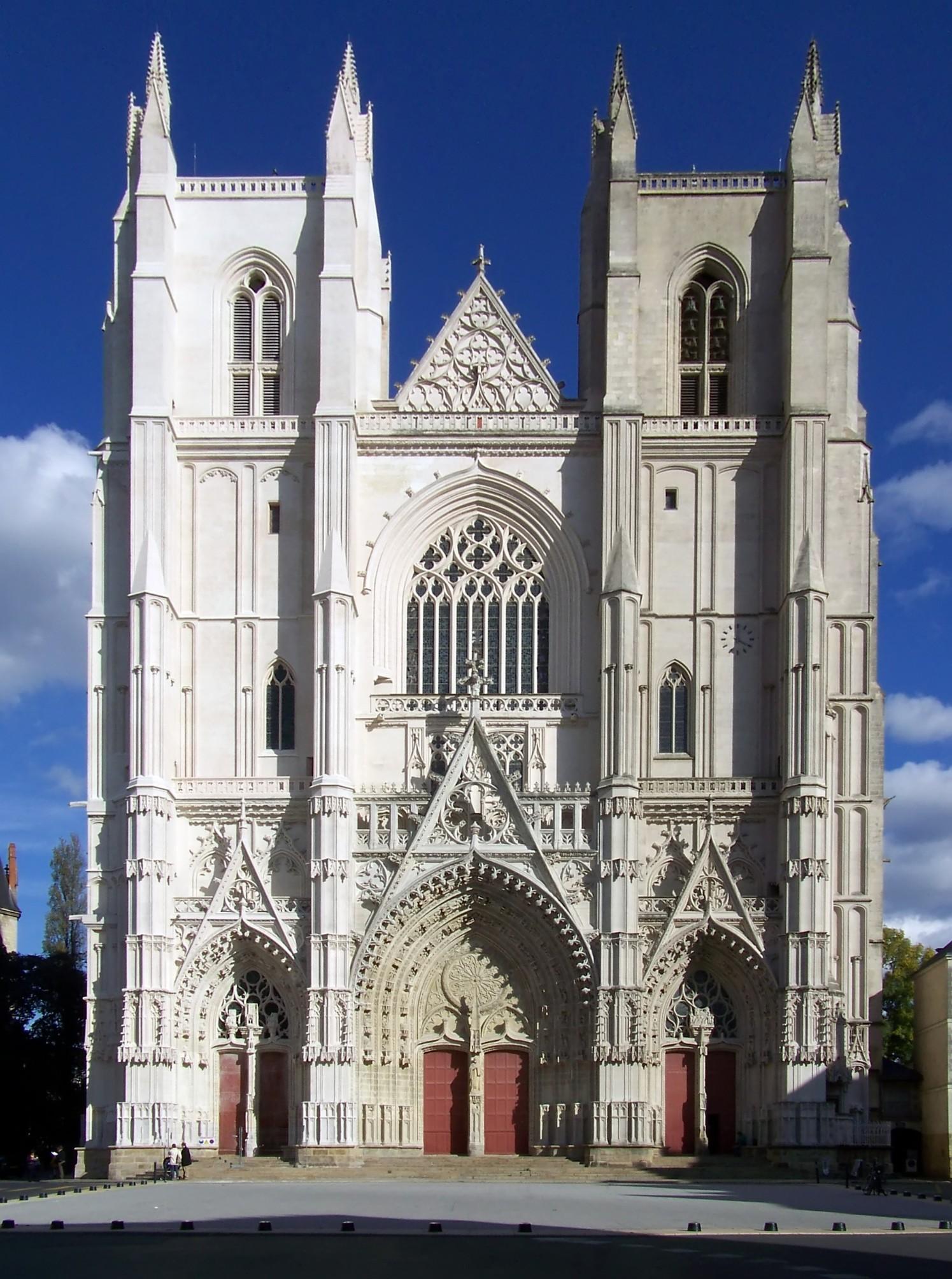 Like any building this old, the Nantes Cathedral has seen its share of conflict and destruction, including sustaining damage from Allied bombing in World War II, and from a large fire on its roof in January 1972. Luckily, this fire was much smaller than that one and Notre Dame blaze, which saw the gothic roof nearly destroyed, contributing to further interior damage.