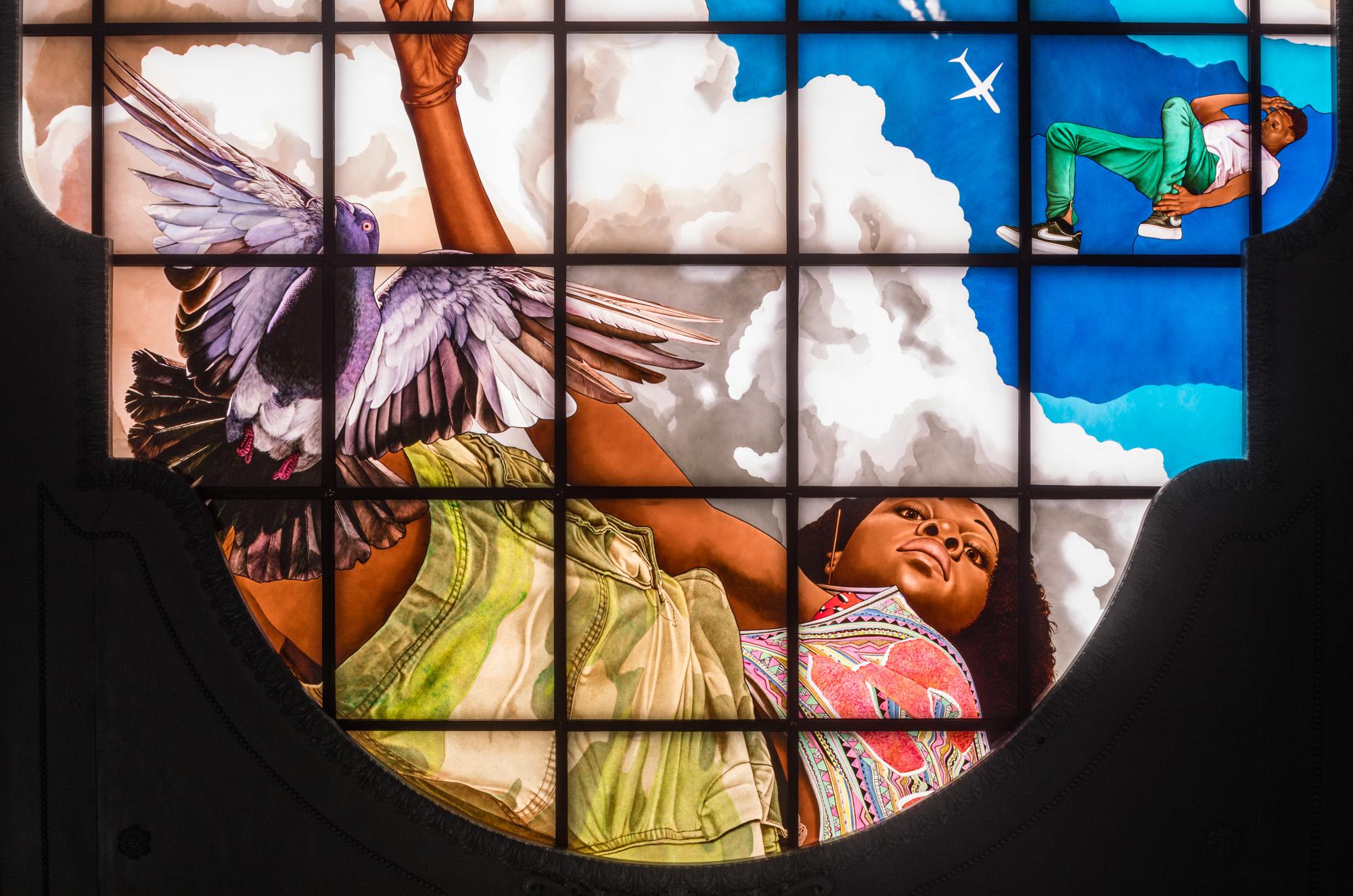 At the new Moynihan Train Hall in New York City, officials are trying to right an architectural wrong. The historic Pennsylvania Station, opened in 1910 and once a Beaux-Arts masterpiece, was controversially demolished in 1963. Many decried its loss to the city and country’s architectural history, which helped to spawn the architectural preservation movement we know today. Once a stately and impressive way to enter New York, the building’s replacement lacked both grandeur and functionality. 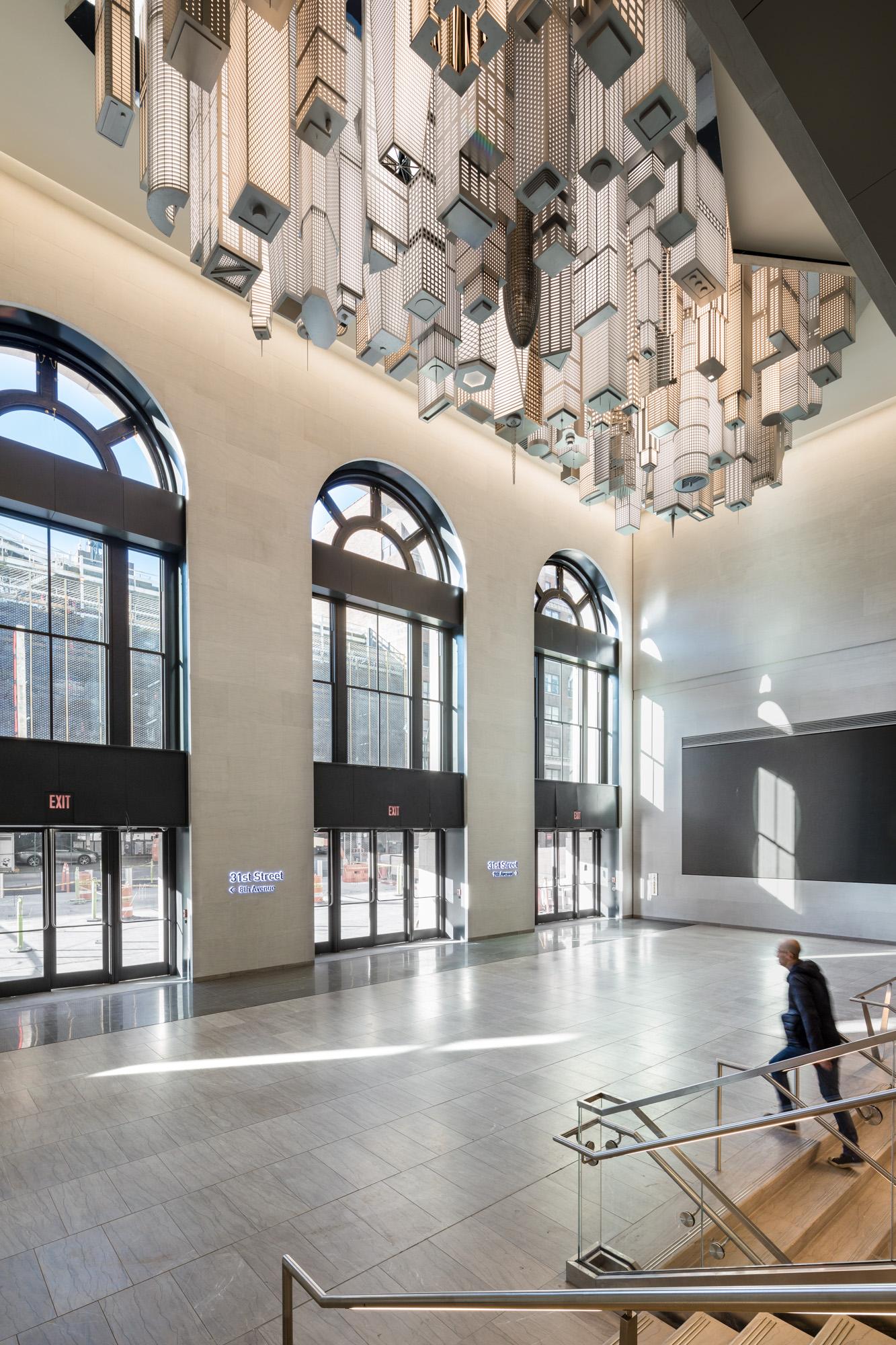 Housed in the renovated 1912 James A. Farley Post Office, the building is a modern tribute to the station of the past. Providing a new hub for Amtrak and the Long Island Rail Road, the space includes a one-acre sky-lit atrium, free wifi, a floating clock, and world-class public art.

Artist duo Elmgreen & Dragset (Berlin-based Michael Elmgreen and Ingar Dragset) have contributed The Hive, their own miniature metropolis. The several dozen buildings reference major landmarks around the world. Dangling above travelers’ heads, the glowing city is a reminder of our small part in the grand scheme of things, a feeling that New York often evokes. 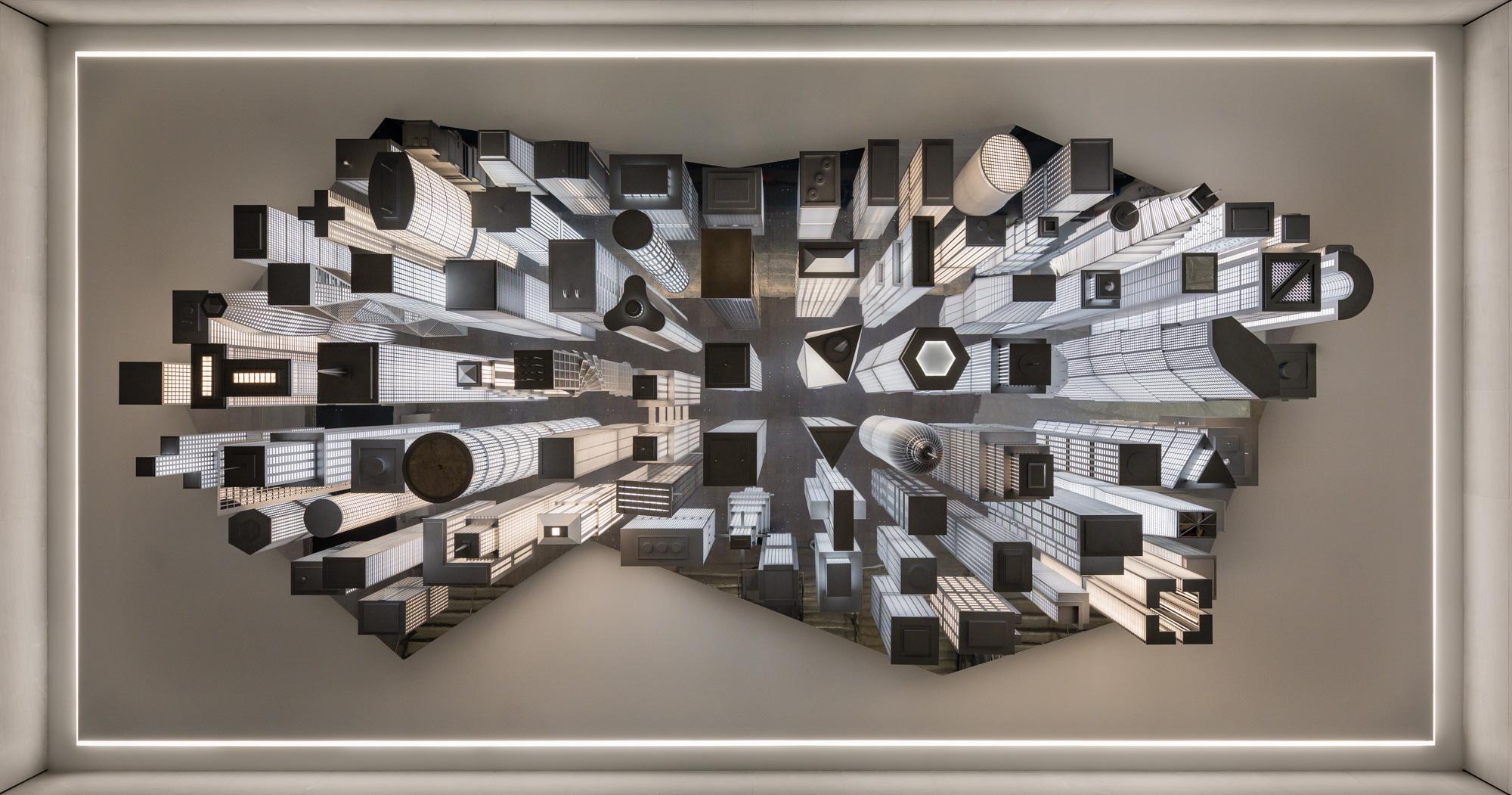 The photographic installations of Stan Douglas honor the sites’ past. In the nine large-scale images installed in niches, Penn Station’s Half Century mixes historical images with renderings of the new Moynihan Train Hall, connecting the present day with what once was. After extensive research, Douglas recreated archival photographs using actors dressed for the part. Using digital technology to meld his contemporary restagings with the photographs, the artist brings Penn Station’s history to life. 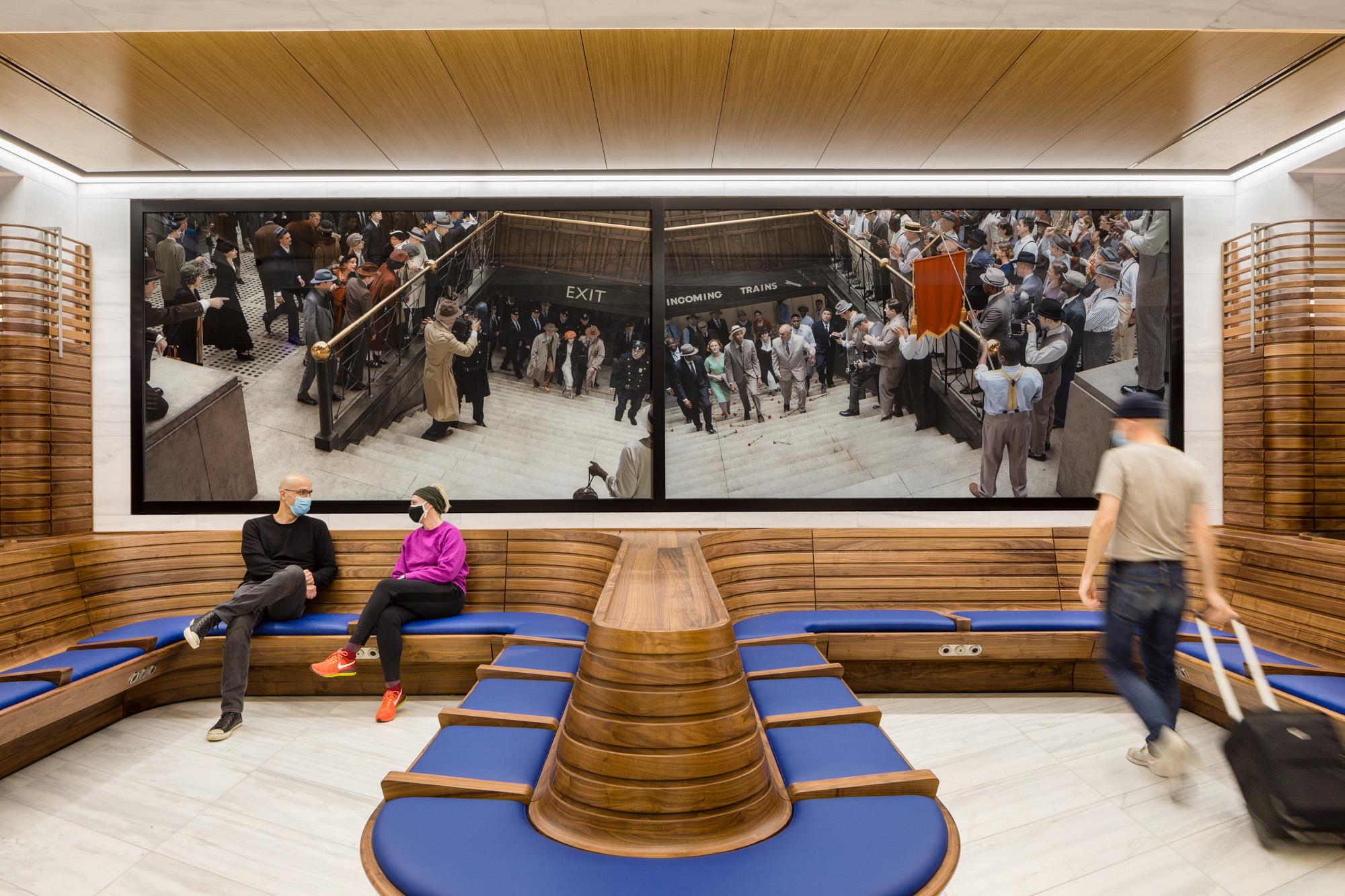 A stained-glass triptych from Kehinde Wiley is sure to draw visitors. Measuring fifty-five feet-long, the three panels, like much of Wiley’s work, honor the average youth of the city, turning Black and Latinx young people into the angels or saints who would hover above us in traditional European ceiling frescoes.

Titled Go, the work is abuzz with movement, mirroring the action of the train station floor below it. The figures in motion serve as a reminder that all of the hustling bodies of the city around us are individuals striving for greatness in their own ways. Many of the figures are shown in breakdancing poses, as the stained-glass work also elevates the street-dancing style to a canonical form of art. 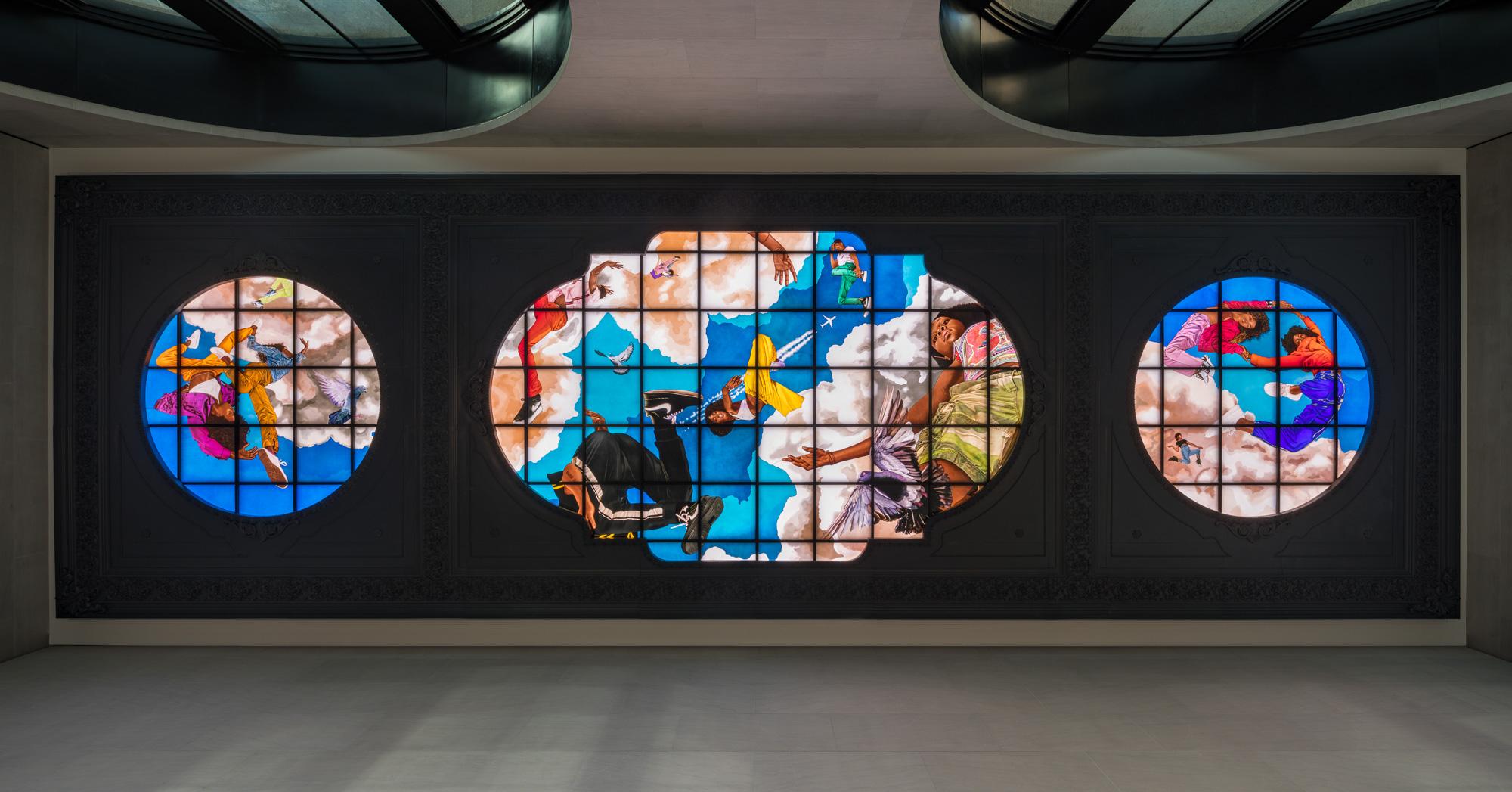 Best known for his presidential portrait of Barack Obama, Wiley’s vibrant reframing of historical heroic portraiture has made him one of contemporary art’s biggest names. His first monumental public sculpture, Rumors of War (2019), recently graced Times Square before moving to its permanent home at the Virginia Museum of Fine Arts, where it serves as a foil to nearby Confederate monuments.

Governor Cuomo hopes the new station and its architectural and artistic triumphs will lead the way into a brighter future. "The completion of this gorgeous new train hall would be a special accomplishment at any time, but it's an extraordinary accomplishment today because we're at a place where no one ever envisioned being. This has been a traumatic year, both individually and collectively, and the question facing us has been, how do we respond?" he said in a statement. It will surely make the days of the 700,000 passengers estimated to traverse Moynihan Hall per day brighter.