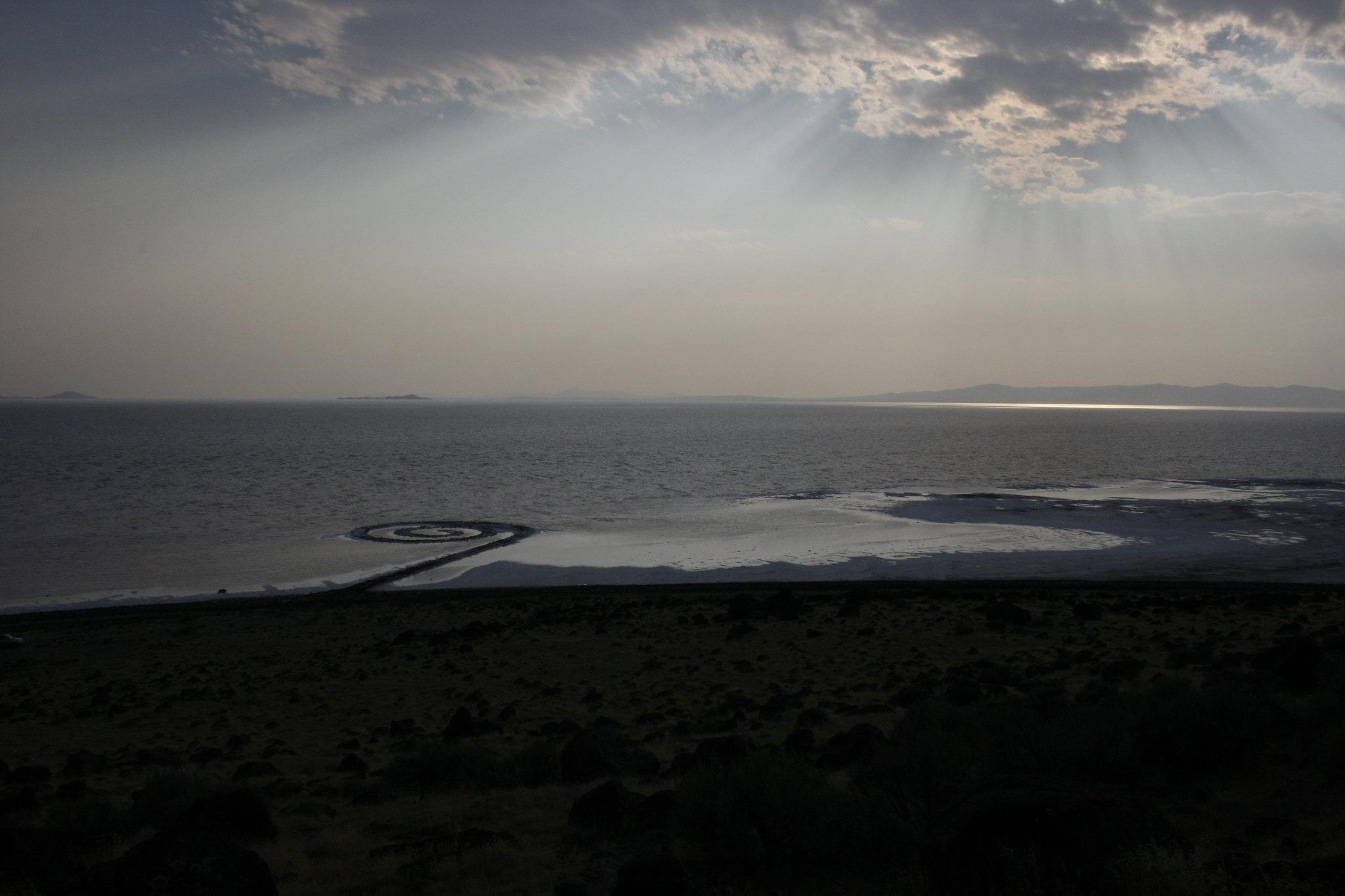 April marks the 50th anniversary of the creation of Robert Smithson’s Spiral Jetty, located on the Rozel Point peninsula in the Great Salt Lake in Corinne, Utah. In the decades since its completion in 1970, Smithson’s massive work has become the most famous work of Land Art in the world. Also called Earth Art or Earthworks, Smithson was at the forefront of the Land Art movement, which thrived in the U.S. largely from the mid-1960s to the mid-1970s, and is becoming increasingly relevant as climate crisis concerns loom large.

Part of the larger Conceptual Art movement of the mid-1960s to mid-1970s, which prioritized the concept behind a work over the finished object, Land Art works are meant to be ephemeral. In the face of modern industrialization and societal emphasis on consumerism, Land Art installations promoted a return to the natural world. 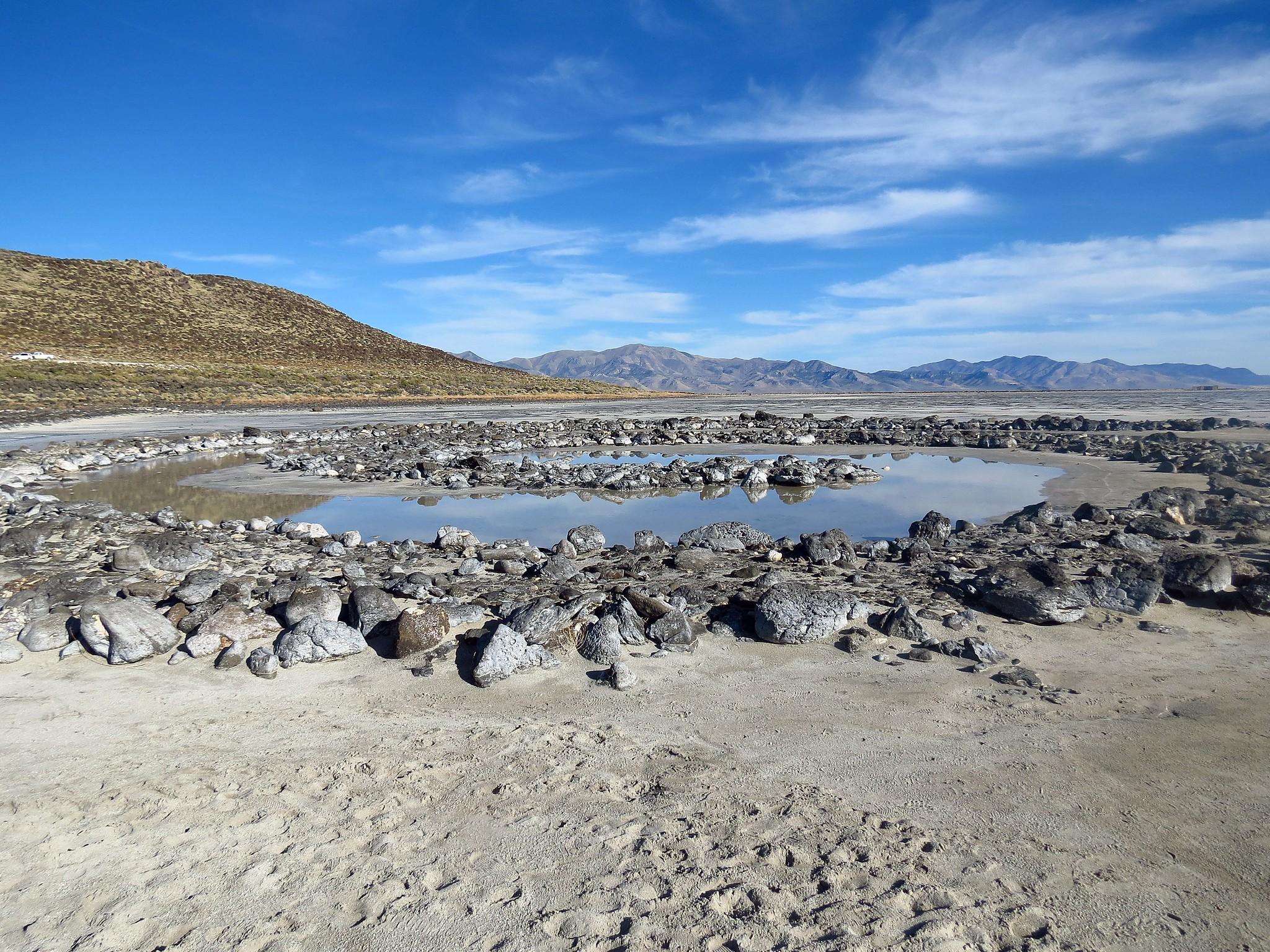 Though some land artists insist on manual construction methods, Smithson enlisted the help of contractor Bob Phillips and earth-moving construction vehicles to move the more than 6,000 tons of basalt needed to create the spiral, documenting the process on video. Extending than 1,500 feet into the Great Salt Lake, Smithson’s unique geological feature used rocks, mud, and salt crystals to form its spiral shape.

Despite its size and longevity, the spiral went unseen for decades. Smithson created the work during a drought, when the waters of the Great Salt Lake had receded. Once the drought ended, the spiral was covered by the lake's iconic pink water. As water levels have changed over the decades, Spiral Jetty has disappeared and reemerged, each time revealing subtle changes in the work. Its black basalt rocks are now encrusted in white salt, and the sculpture is more popular than ever: in 2017, it was named Utah’s official state work of Land Art.

Like any work of art exposed to the elements, Spiral Jetty is at risk of being lost forever to weather and time. Though some want to restore the work, critics of conservation efforts argue that to preserve the art would be violating the wishes of the artist, who died just in a plane crash while surveying sites for new Earthworks just three years after the jetty’s completion. These critics argue that Smithson was known for finding inspiration in the natural process of erosion: in 1972 he wrote, “I am for an art that takes into account the direct effect of the elements as they exist from day to day.” 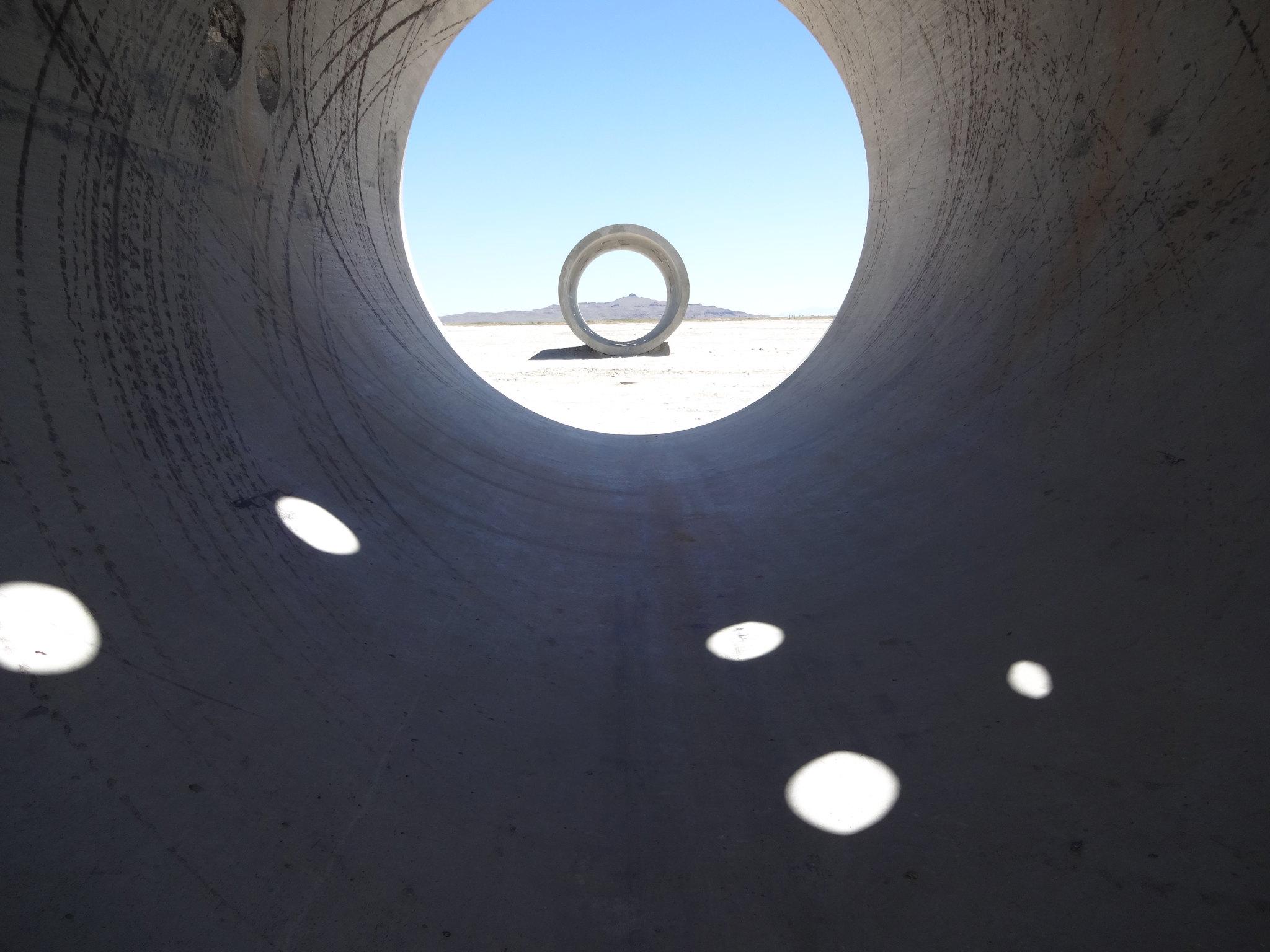 In 1999, Nancy Holt, fellow land artist and Smithson’s wife, and the Robert Smithson Estate gifted Spiral Jetty to the Dia Art Foundation, which is now responsible for the work, though that future is uncertain.

By its nature, Land Art is meant to be big, impactful, and ephemeral, and other iconic works of Land Art from the same era have already succumbed to time and nature as they were intended to do. Take, for example, Michael Heizer’s Circular Surface Planar Displacement Drawing, also created in 1970. This work was a series of circles measuring 900 by 500 feet drawn in the dirt with a motorcycle, which soon disappeared, leaving only photos as a record of its existence.

Similarly, Michelle Stuart’s Niagara Gorge Path Relocated, which was created in 1975 by rolling a 460-foot roll of paper down a gorge to mark the place where Niagara falls was located 12,000 years prior to the work’s creation, now exists only in photographic memory.

Less ephemeral stoneworks, however, were not uncommon during the land art movement, and, like Spiral Jetty, many still stand today, such as Charles Ross’s Star Axis. Ross first conceived of this “naked eye observatory” in 1971, but didn’t begin building it until he found the ideal spot on a mesa in the deserts of New Mexico in 1976. Eleven stories high and a tenth of a mile in width, the construction of this massive structure is still ongoing, and Ross expects to finish it in 2022, when the public can walk through its chambers to experience how the stars change over time. 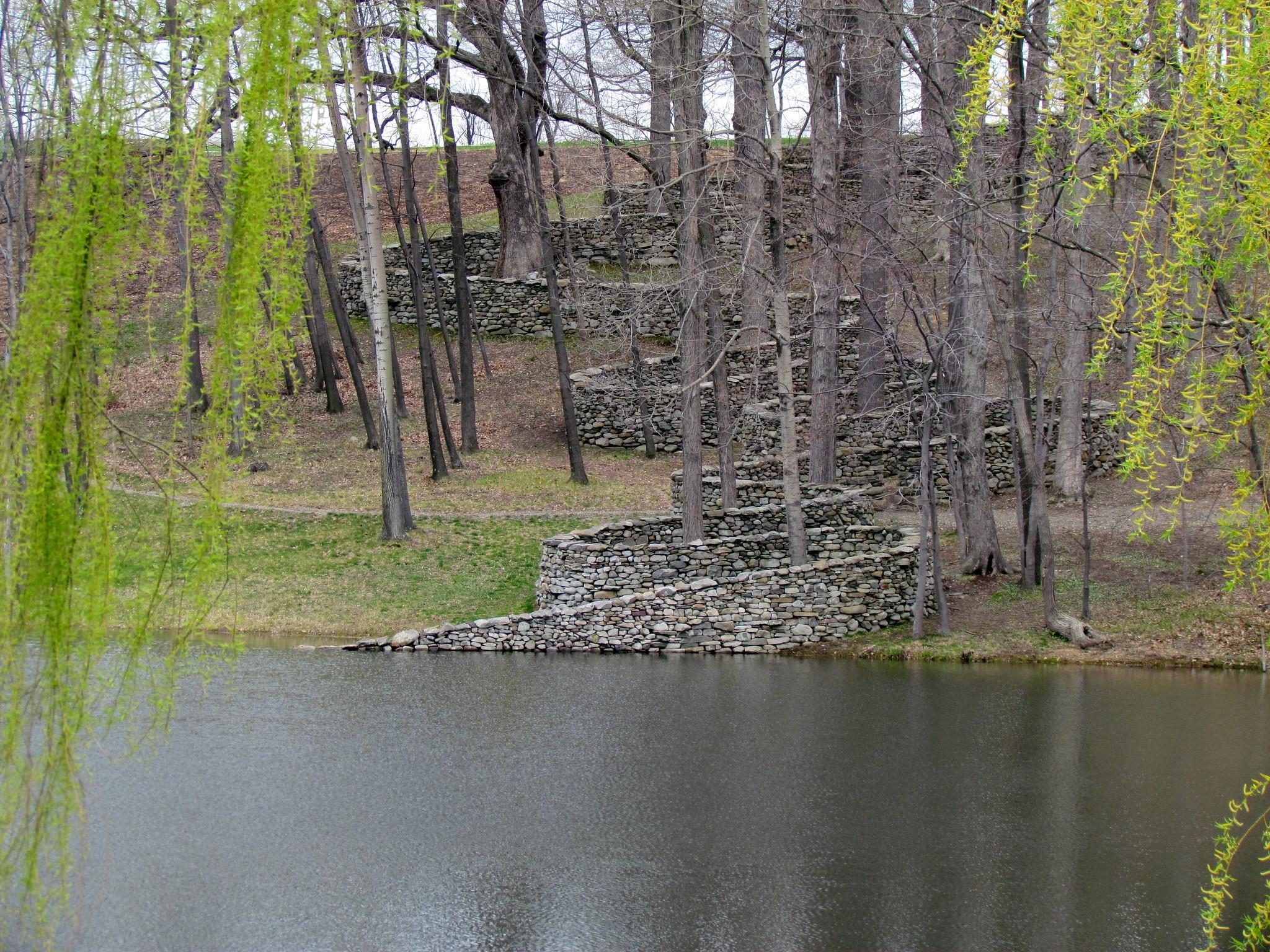 The impact of monumental works like Spiral Jetty can still be seen in new works of art inspired by the principles of the movement. The most prominent artist working in the media of the natural world is Andy Goldsworthy, who creates elaborate installations around the world. Some of his works are fleeting, delicate pieces in stone and stick, while others are massive stone works.

Maya Lin’s Storm King Wavefield, created in 2007-2008, consists of a series of ridges in the earth that resemble waves on the ocean. Created at Storm King Art Center in New York, the wavefield impresses visitors with its sheer scale. The field contains seven waves, which measure 400 feet wide and rise from 10 to 15 feet tall. 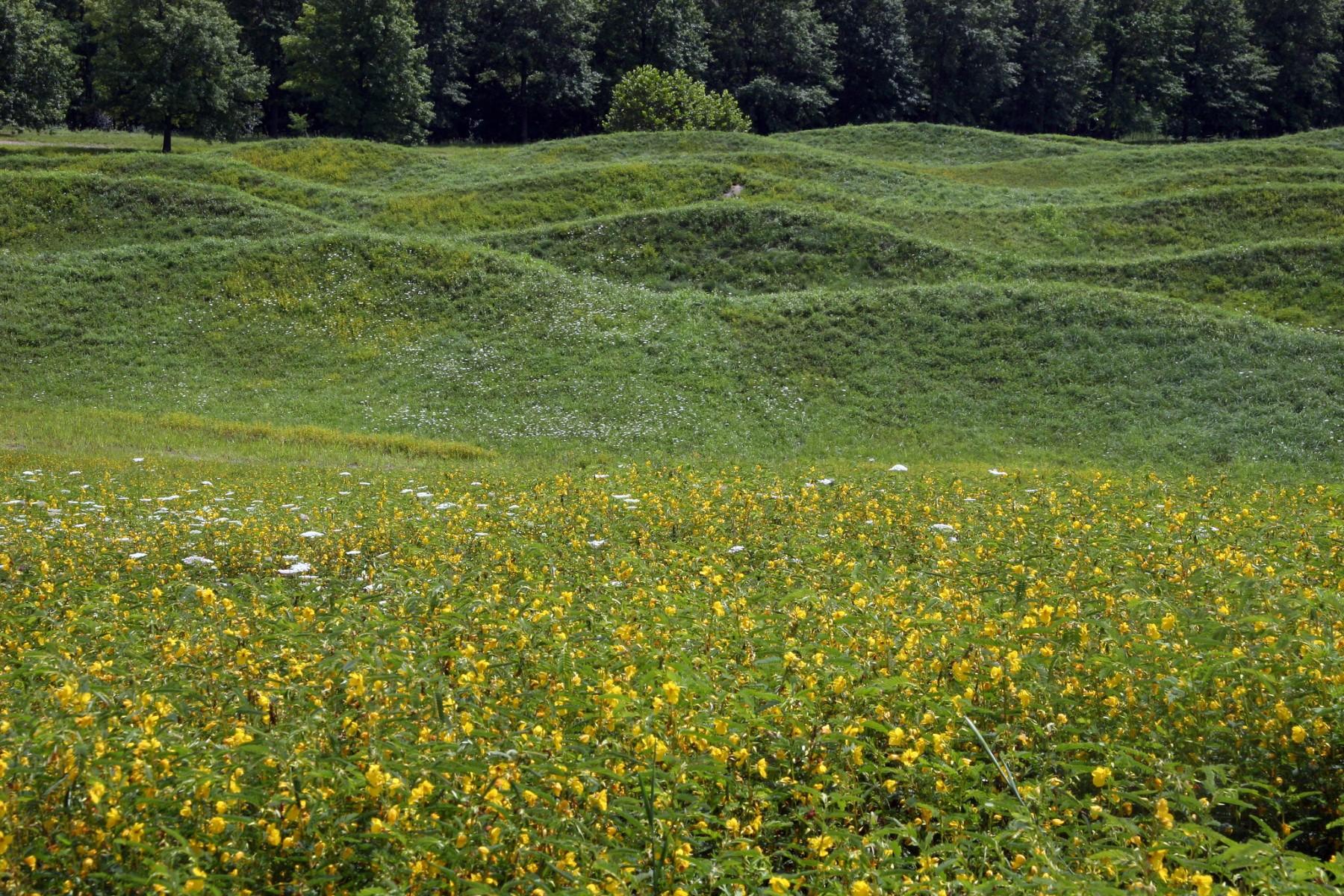 As our earth continues to change, it remains to be seen what Spiral Jetty and other works of Land Art will look like in the decades to come. But in its 50th year, the jetty’s prominence in the history of Land Art—and the impact of the movement itself—is undeniable.