Asheville gets the Art Museum it Deserves 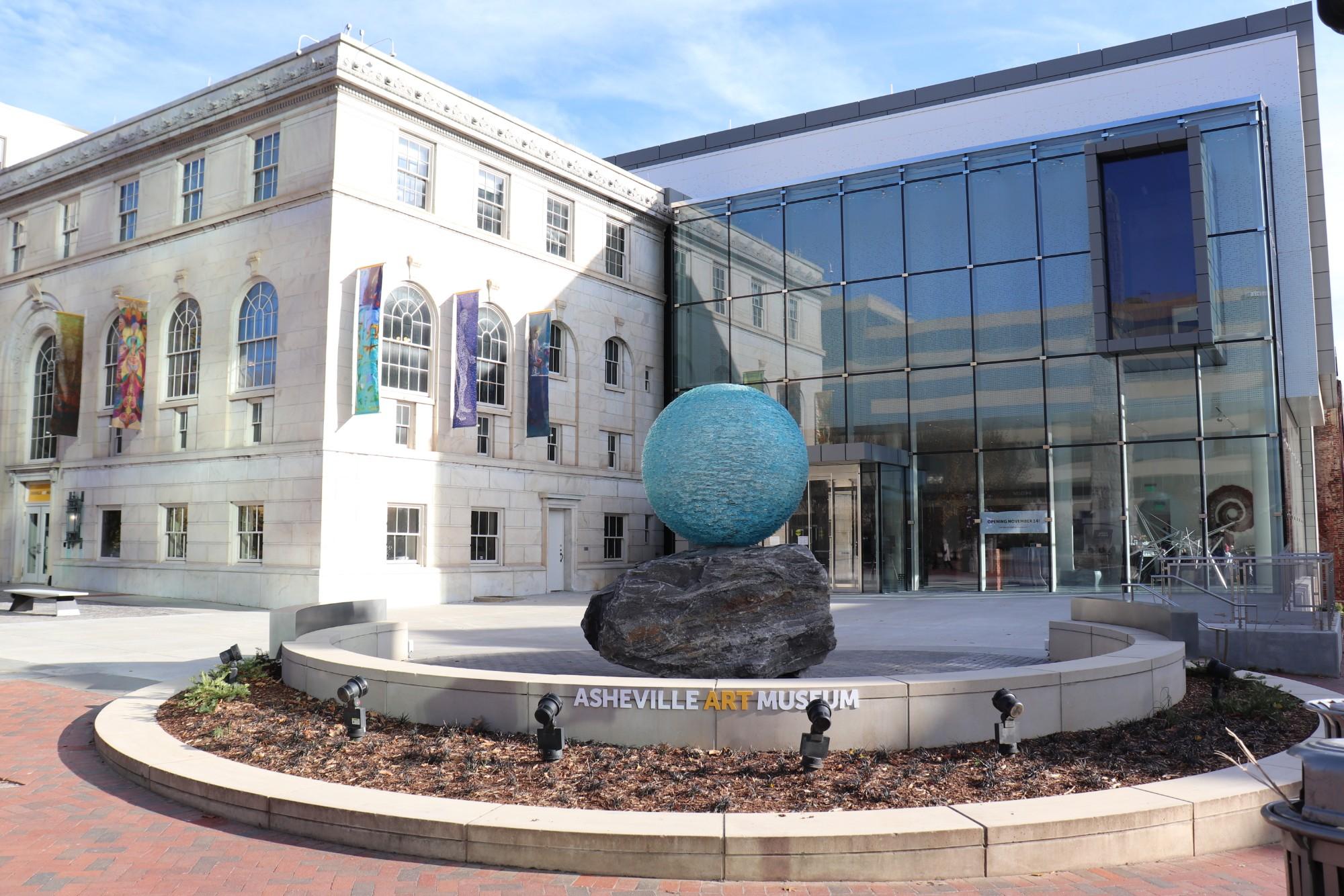 Once a sleepy town nestled in the Blue Ridge Mountains of North Carolina, the city of Asheville has grown in the past few decades into a bustling hub of local and national tourism. From gorgeous sunset vistas over rolling mountain peaks, the impressive manse of the Vanderbilts, the Biltmore Estate, to innumerable breweries to tour, Asheville has something to offer every visitor. The thriving local arts scene has long been a draw for artists and their patrons. Home to traditional crafts like pottery and Cherokee basket weaving, the region has a rich history of both craftspeople and avant-garde artists drawn in by the city’s famed hippie sensibilities. 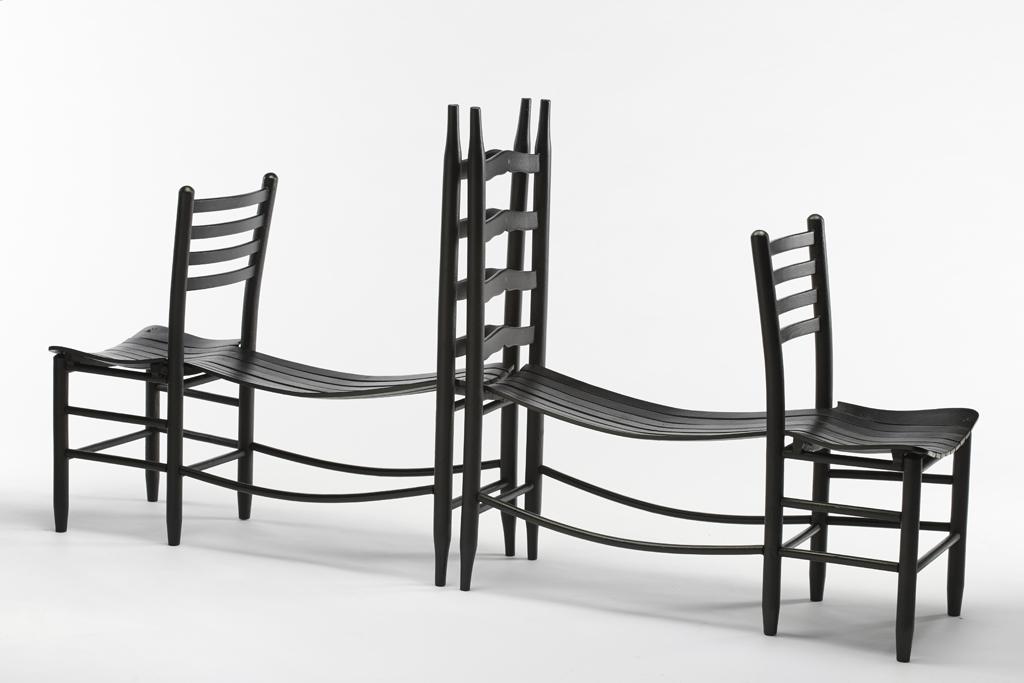 With open artist studios to tour, galleries, the Center for Craft, a Folk Art Center, and others, Asheville has had plenty to offer those seeking art and culture in the mountains. For many years as Asheville grew in reputation, the Asheville Art Museum remained a humble entry on a long list of great options for art. Established in 1948, the historic but unassuming museum set off of downtown’s central plaza, Pack Square, held several small galleries of treasures of 20th and 21st Century American art. Though the space had charm and beauty, it lacked both the romance of a historic setting and the efficiency of a more modern building. 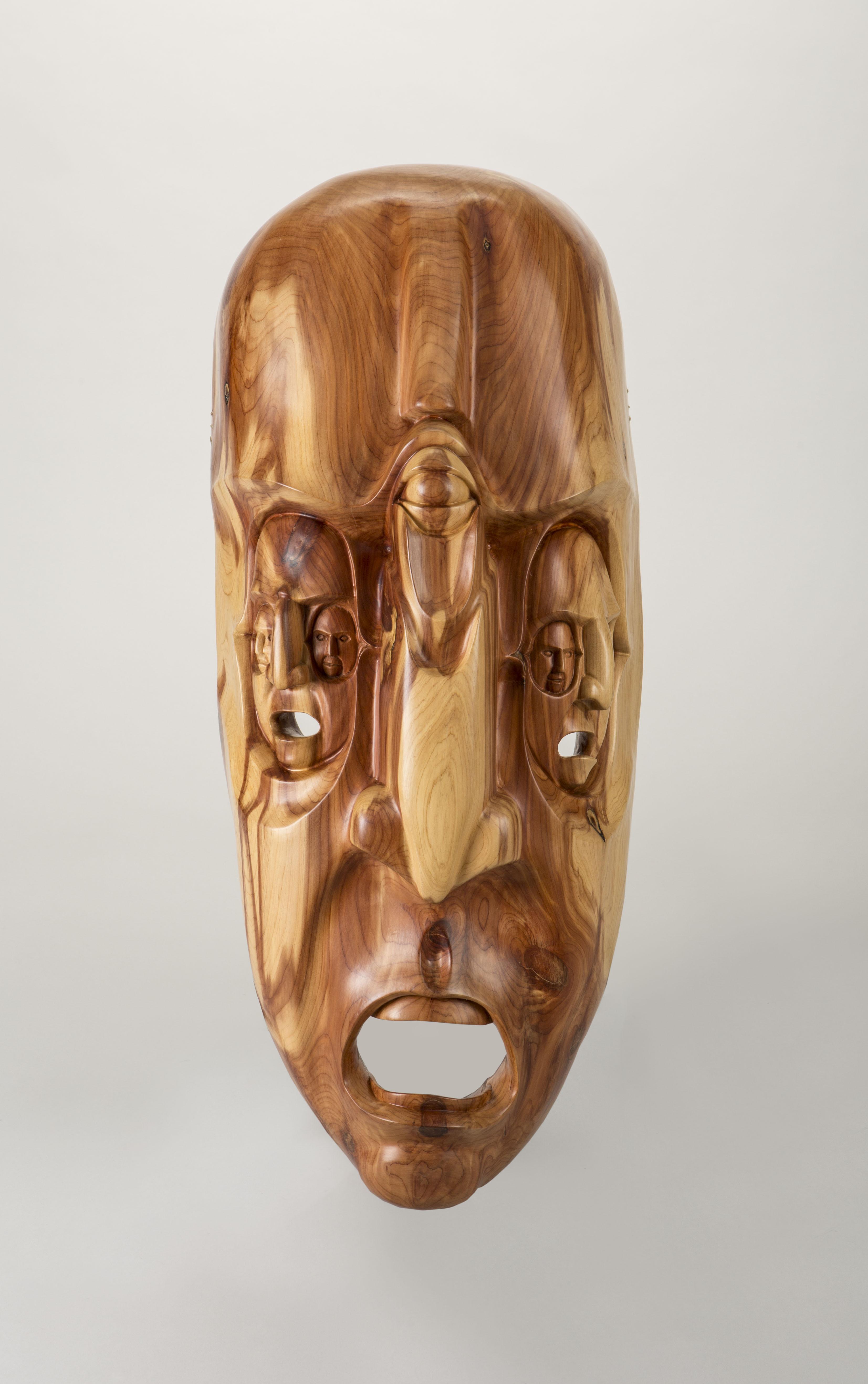 Enter a plan to upgrade and upfit the museum. More than a decade in the making, three years under construction, and $24 million later, the newly reborn Asheville Art Museum opened its doors last week, welcoming visitors into what feels like an entirely new building rather than the three reconfigured buildings it is comprised of. Boasting 54,000 square feet, including a 70 percent increase in gallery space, a rooftop terrace with mountain views, and window peering into downtown called the Oculus, the new facility is all that it was promised to be, bringing the museum into a new century in the new Asheville.

Its facade reoriented to face the masses of tourists traipsing through downtown, a six-foot orb of glass draws visitors to the museum. Henry Richardson’s Reflections on Unity is two tons of layered bullet-proof glass perched atop a boulder, offering both heft and lightness. “My hope is that Reflections on Unity acts as a symbol of what the Asheville Art Museum is—a place of unity,” explains Assistant Curator Whitney Richardson (no relation to the artist). “I want it to start dialogues about inclusion, diversity, and how art can facilitate those discussions. I also expect that the visitor will see the beauty, inner quiet, and yet highly interactive nature of this work of glass and appreciate it in relation to our new glass building.” Beyond the sculpture, the museum’s new glass entrance welcomes visitors into a bright, open lobby, featuring a beautiful installation by Maya Lin depicting the course of the nearby French Broad River through hundred of pins set directly in the wall. 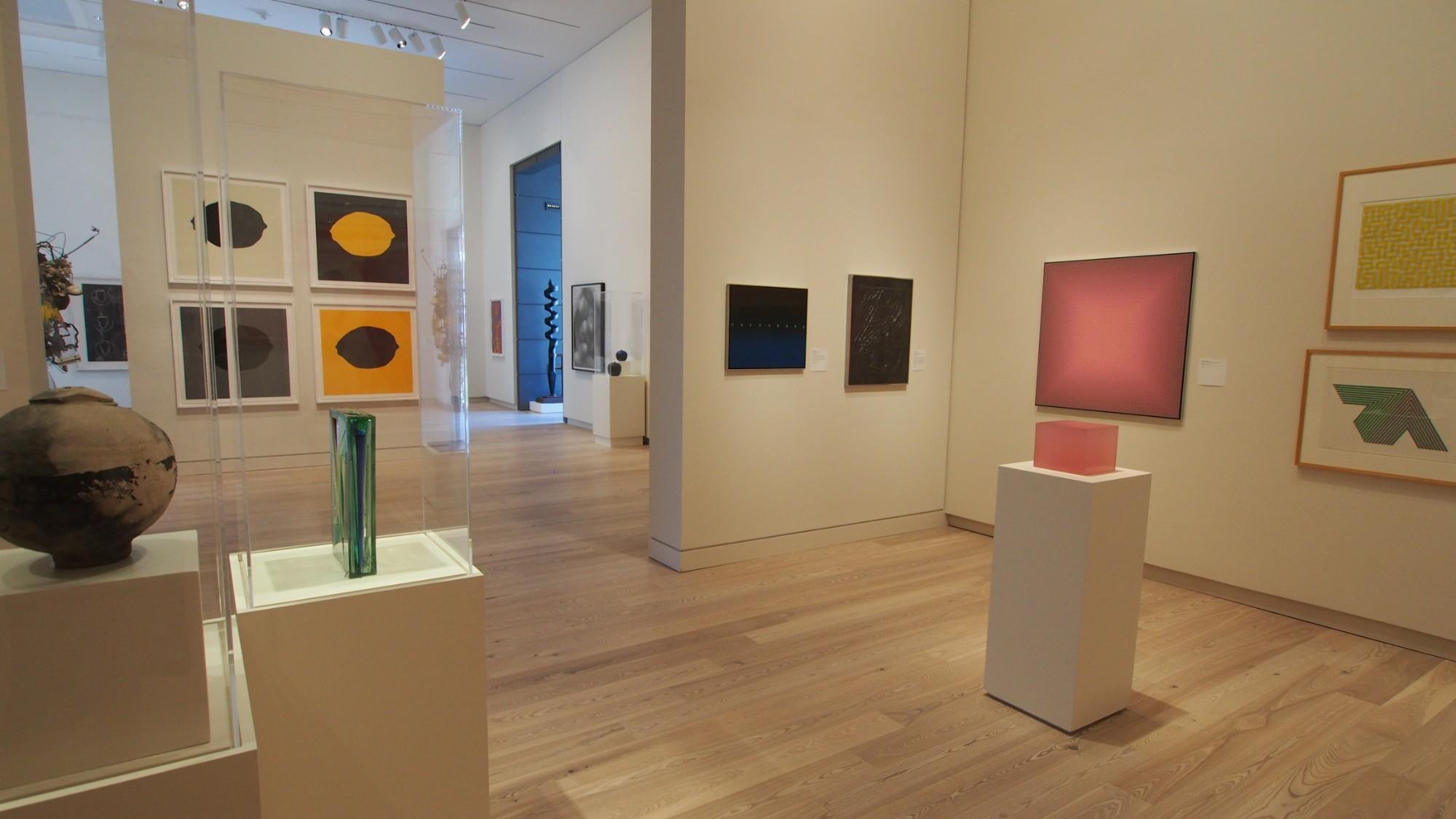 Three floors provide ample gallery space for permanent and rotating exhibitions, as well as educational facilities, a museum shop, cafe and art library. The inaugural rotating exhibition, Appalachia Now makes an excellent case for the vitality of the regional arts scene, positioning Asheville as a hub for cutting edge artists working in both established craft traditions and new artforms.

The museum’s permanent collection shines in it’s new bright, airy home. With highlights including important holdings relating to nearby Black Mountain College, as well as a spectacular selection of glassworks, the collection shows the strong, diverse voices of 20th and 21st-century American artists. 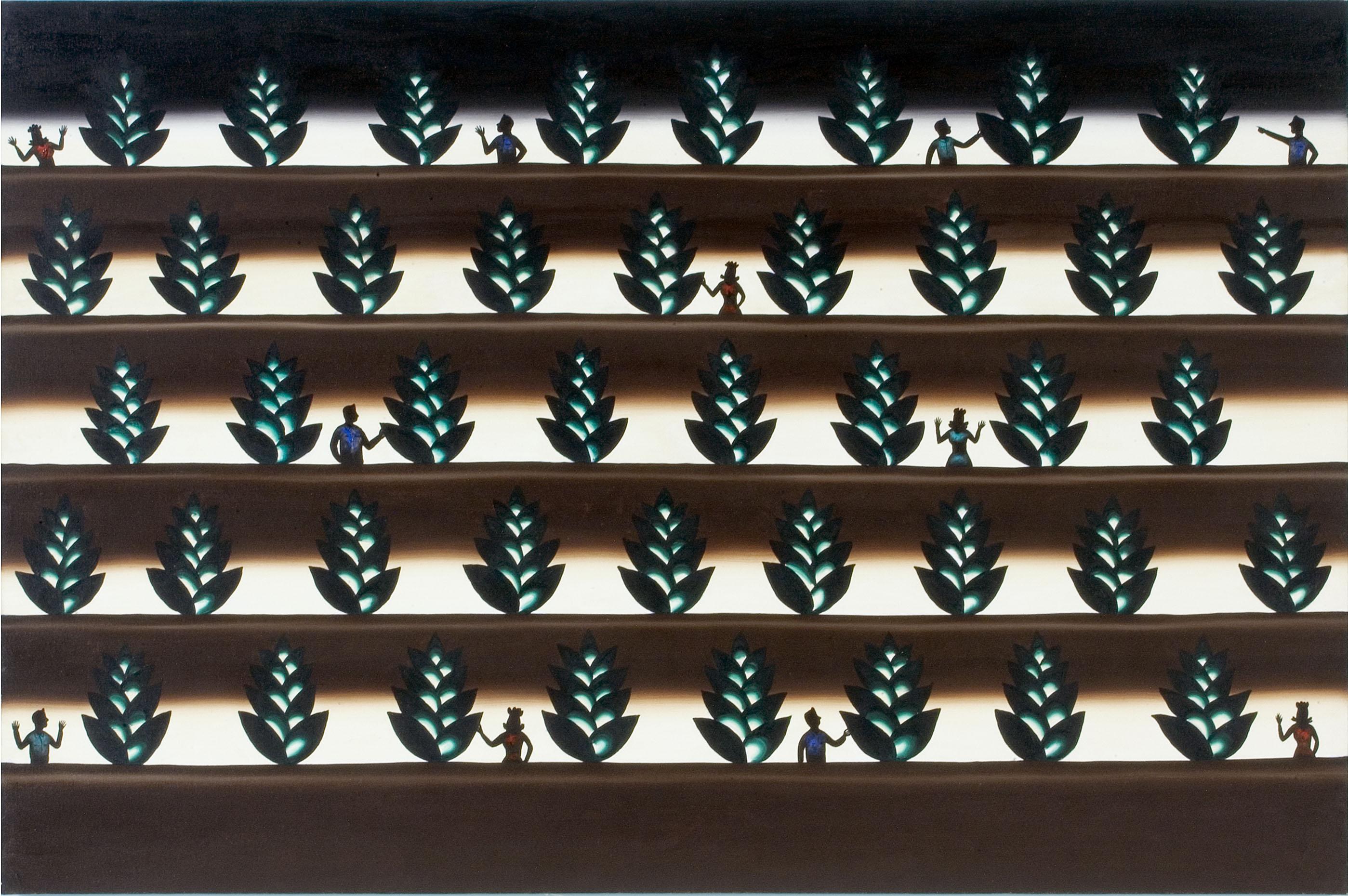 © The Roger Brown Study Collection at the School of the Art Institute of Chicago. Image Courtesy the Asheville Art Museum

In a competitive field of local attractions, the new Asheville Art Museum is sure to be a worthy draw to tourists and locals alike. Like the city itself, the Museum and its collection is positioned at the nexus of the past and future, uniting the traditional and the new. This new space honors history through a lively display of their diverse collection, while providing a space for the thriving contemporary art scene of the region to grow and flourish.