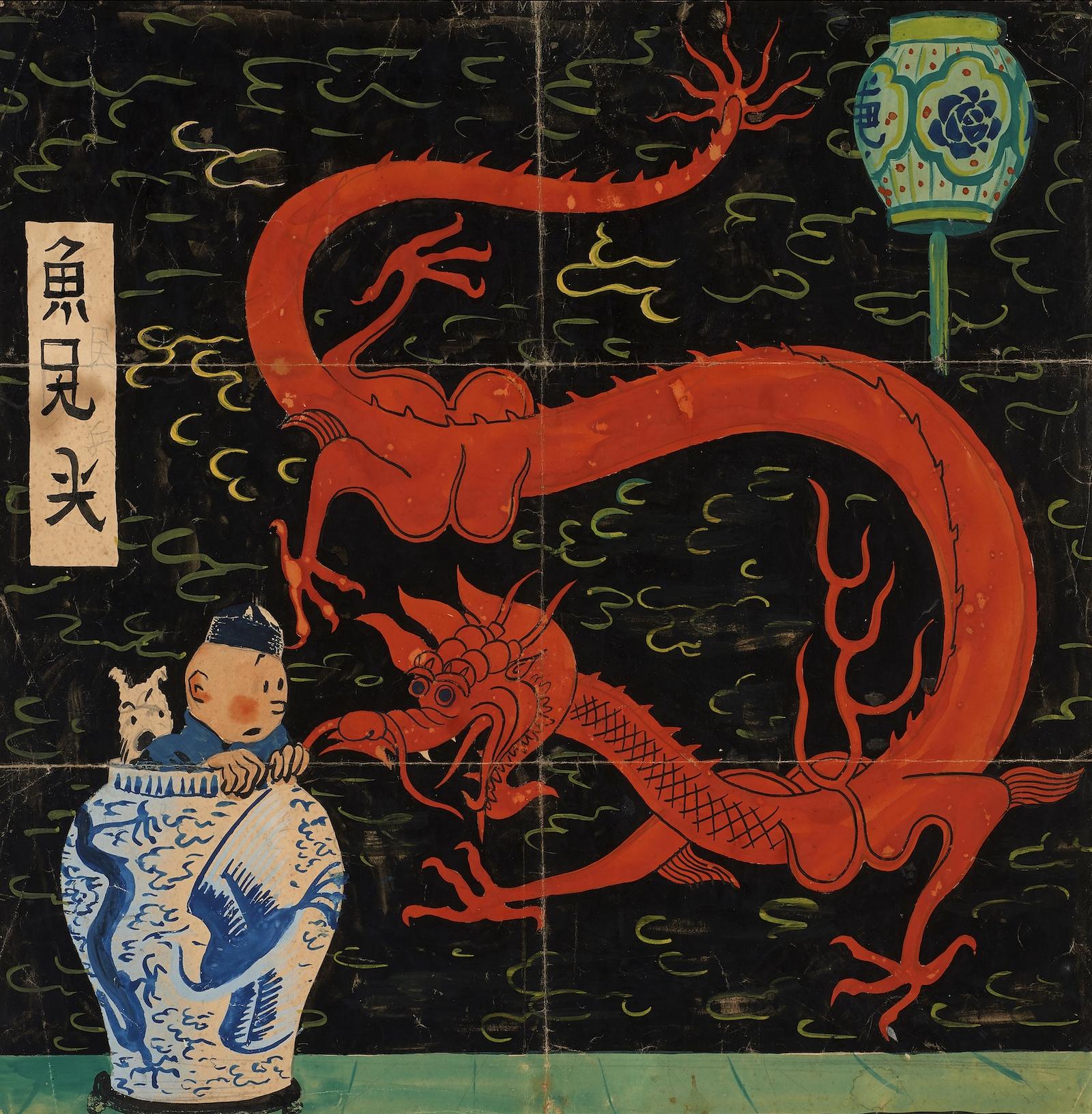 On January 14, Artcurial offered a record-setting original, unpublished cover design from The Adventures of Tintin, one of the most iconic European comics of the 20th century. The artwork, a rejected cover for Le Lotus Bleu, Tintin’s fifth installment, set the record for most expensive work of comic book art ever sold at auction, selling for € 3.2 million or $3.8 million.

The series, which largely follows boy reporter Tintin and his dog companion, Snowy, delved into a unique storyline for 1930s readers with this fifth installment. Set in China, Le Lotus Bleu recounts Tintin’s travels during the Japanese invasion of 1931. According to Artcurial and many Tintinologists, this fifth volume also marked a turning point in the creator's career. 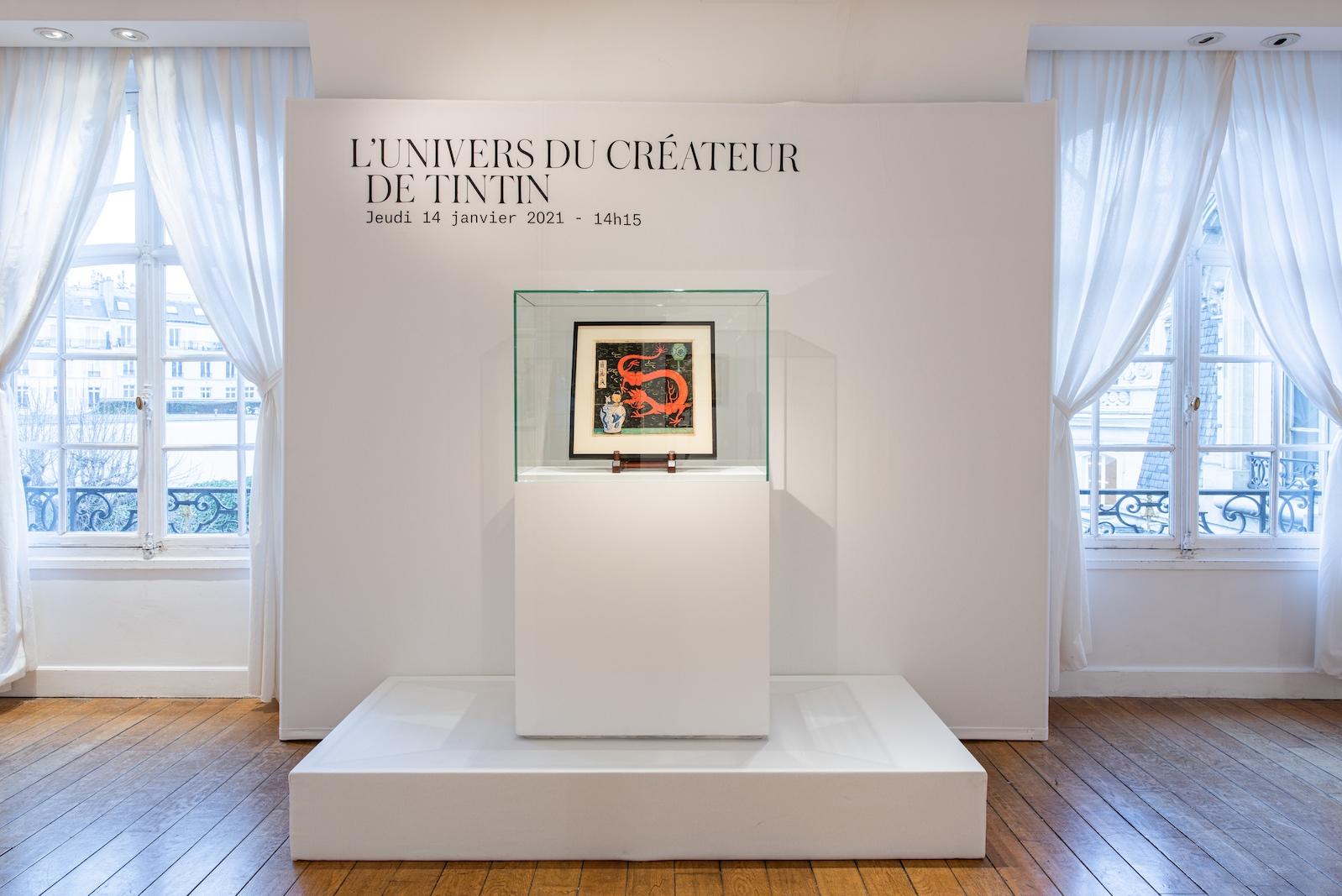 The Belgian comic artist Georges Remi, who worked under the pen name Hergé, used this installment to satirize the ignorant and prejudiced understanding many Europeans had, and have, of China. Remi himself was guilty of holding and expressing such viewpoints in his previous work. He also adopted a new dedication to cultural accuracy and exploration—both visual and social—which remained a staple of his subsequent Tintin comics.

Remi’s progressive approach must be credited to the individuals he came in contact with during the 1930s. After hearing of Remi’s plans to write and illustrate Le Lotus Bleu, a local chaplain to Chinese students reached out to warn Remi of the possible consequences of stereotypical depictions and asked him to take a more informed approach. Remi responded openly and was put in contact with a few of the chaplain’s students. 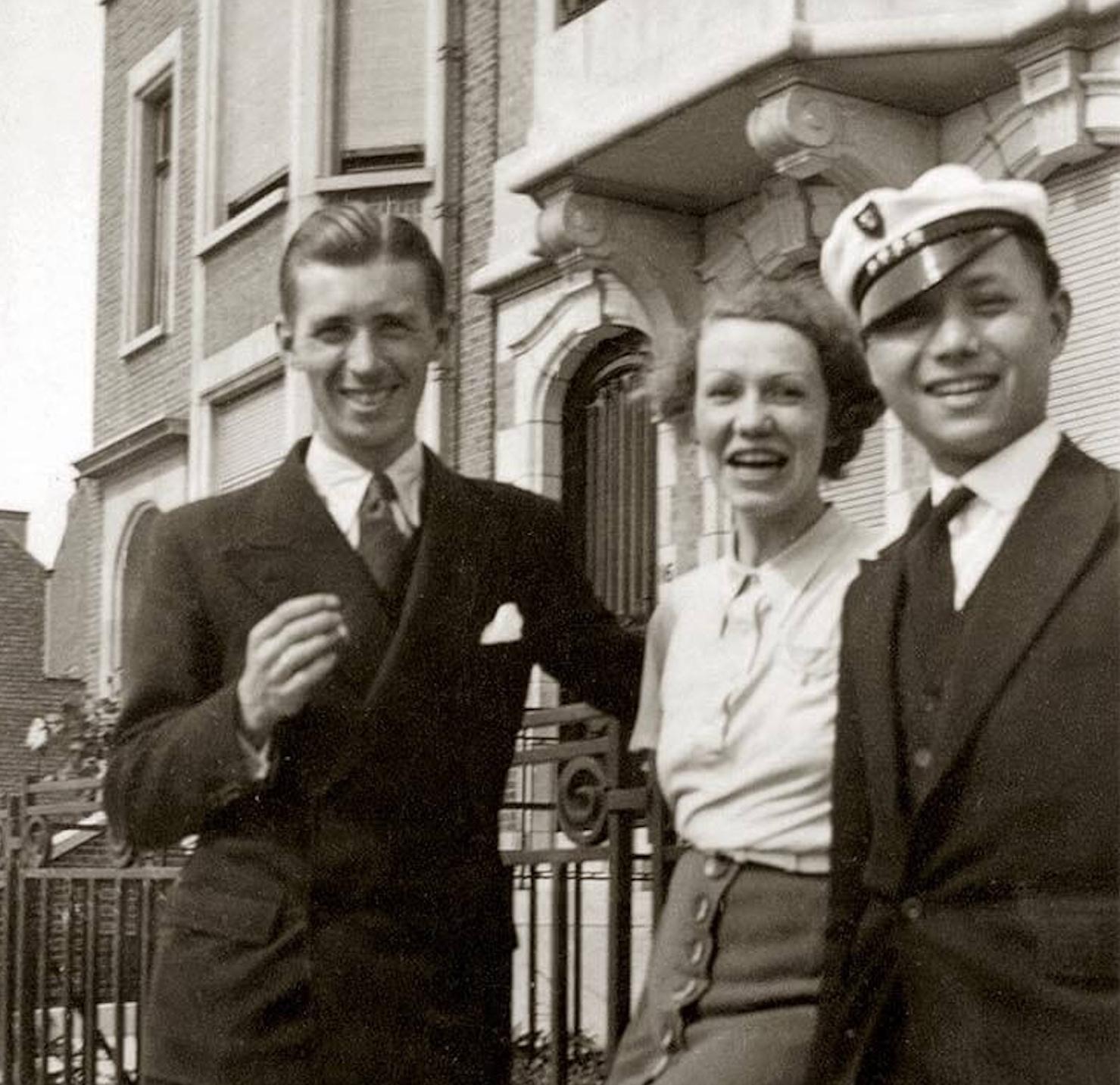 Hergé, his wife Germaine, and Zhang Chongren in Brussels, 1934.

In 1934, Remi developed a close friendship with Chinese sculptor Zhang Chongren, who had come to Brussels to study art. The two worked and studied together frequently. Chongren exposed Remi to Chinese art styles and gifted his friend a traditional brush set. It is clear that the record-breaking cover art would not have been what it was had these two never met. Chongren also contributed to some of the images in Le Lotus Bleu, sketching houses and composing political statements in Chinese to populate signs in panel backgrounds. Remi attempted to have Chongren listed as a co-author of Le Lotus Bleu, but his friend declined. 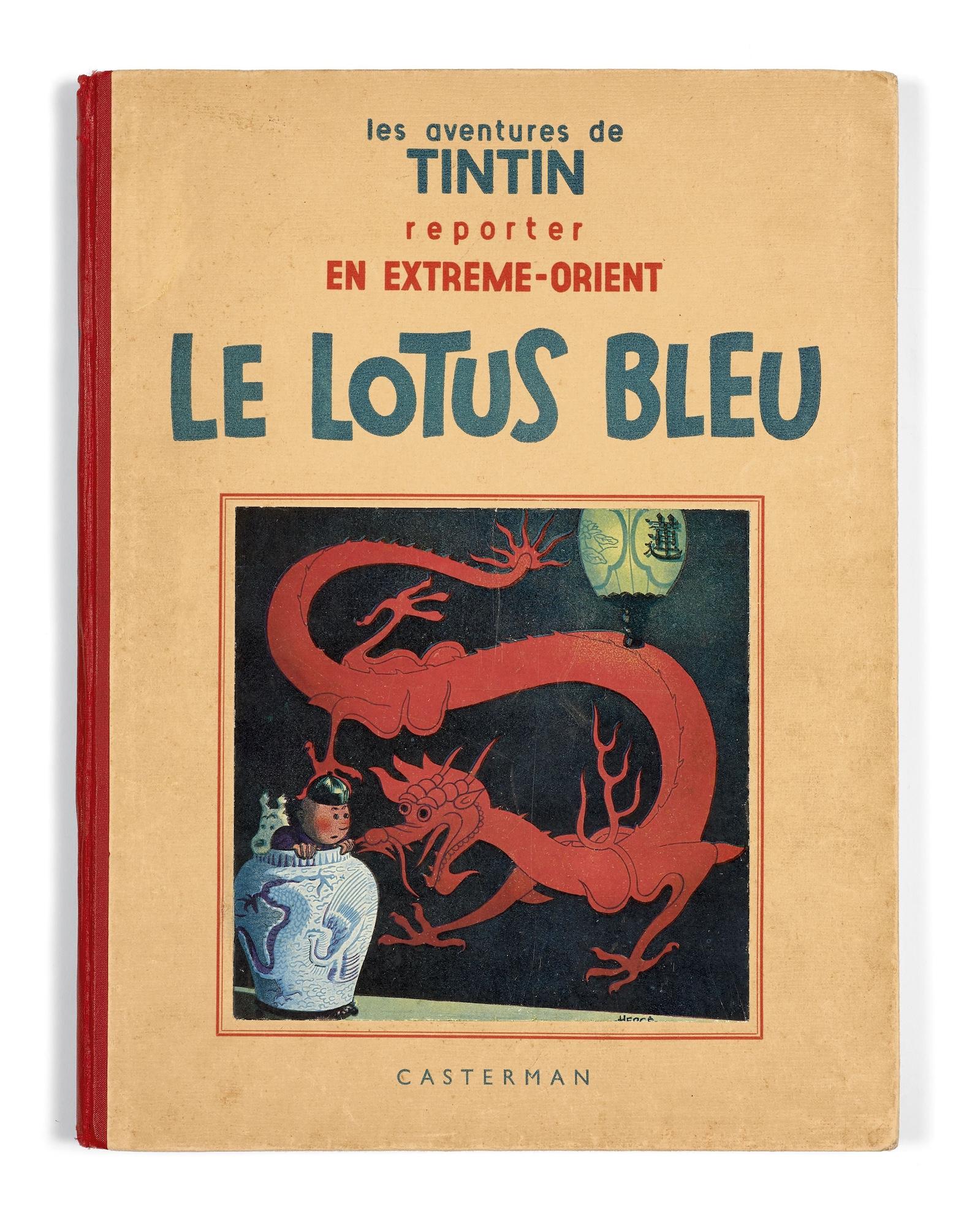 Remi has been cited by Andy Warhol and Roy Lichtenstein as a major artistic influence. Credited with pioneering ligne claire, a comic style characterized by strong lines, bright colors, minimal hatching, and the dynamic contrast of realistic backgrounds, Remi constantly struggled with the limited four-color printing technology of the time. In fact, the January 14 auction piece was rejected by Remi’s publisher because it was too expensive to print. The artist created a simplified version of the cover and gifted the original work to his publisher’s son, Jean-Paul Casterman.

Remi’s Tintin works have been popular among collectors of late, with multiple sales surpassing the $1 million mark within the last decade. Artcurial is responsible for the auction of eight of Remi’s top ten highest priced works.