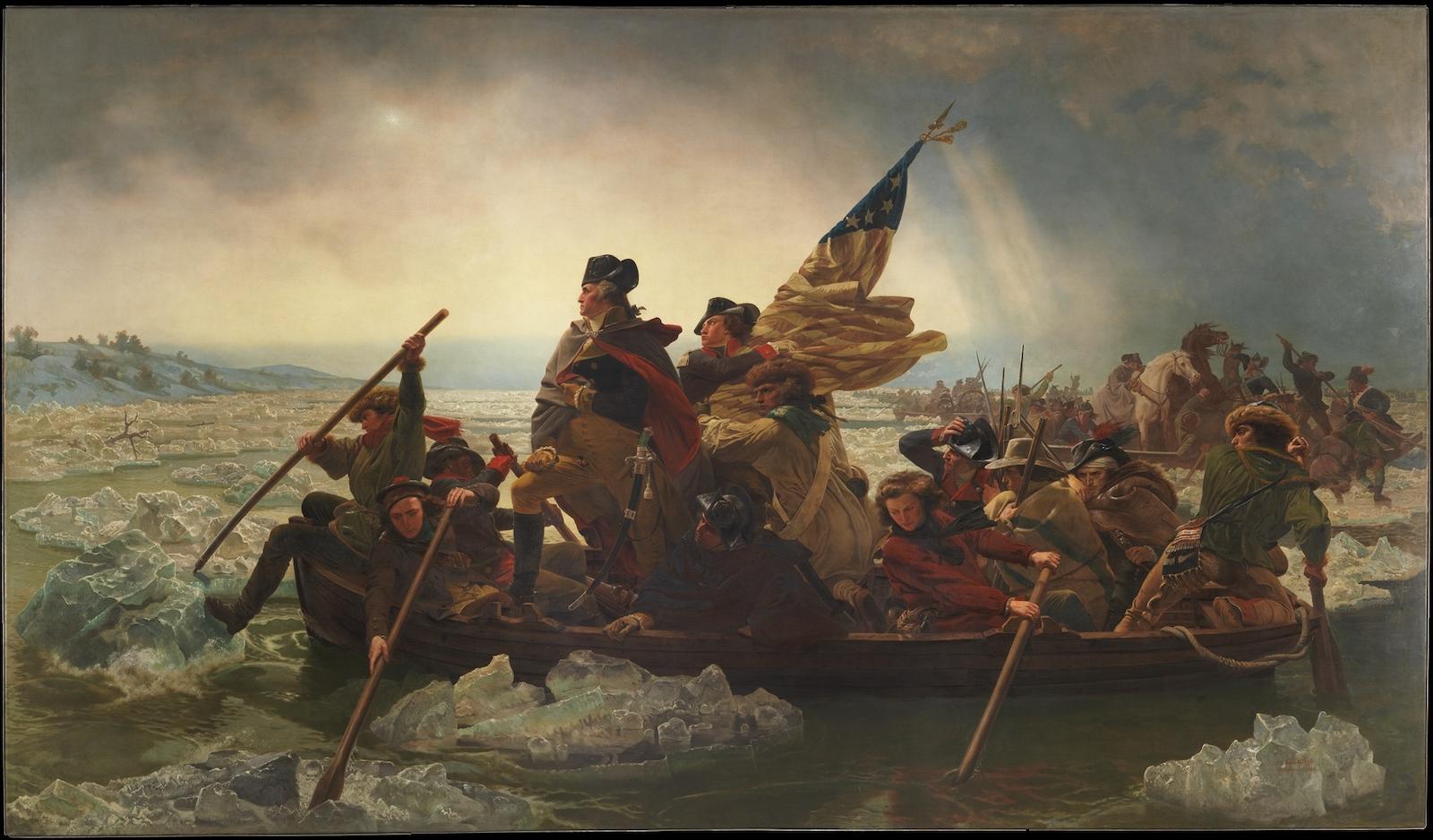 Courtesy of the Metropolitan Museum of Art

Skeptics of the American Dream likely will consider Emmanuel Leutze’s masterpiece depicting George Washington crossing the Delaware River to be a propagandistic romanticizing of America, a work unworthy of praise in the twenty-first-century. The scene, which Leutze painted in 1851, is indeed romanticized; Washington crossed the river on Christmas Day 1776 to successfully attack Hessian mercenaries at Trenton, but he would not have been standing, and the painting’s Stars and Stripes had yet to be designed.

Still, another fictionalized aspect of Delaware speaks to the artist’s awareness that founding America was a more multicultural effort than many in 2021 would have one believe: in the boat’s stern paddles an Indigenous American, wearing moccasins and leggings. Indigenous Americans provided invaluable tracking skills to the revolutionaries, but it is highly unlikely that this individual traveled in Washington’s boat on the fateful Christmas that helped turn the tide in the colonies’ favor. Painted at a time when crimes against Indigenous Americans were ongoing and the debate over slavery was tearing the country apart, Leutze’s call for unity influenced his portrayal of the tracker. 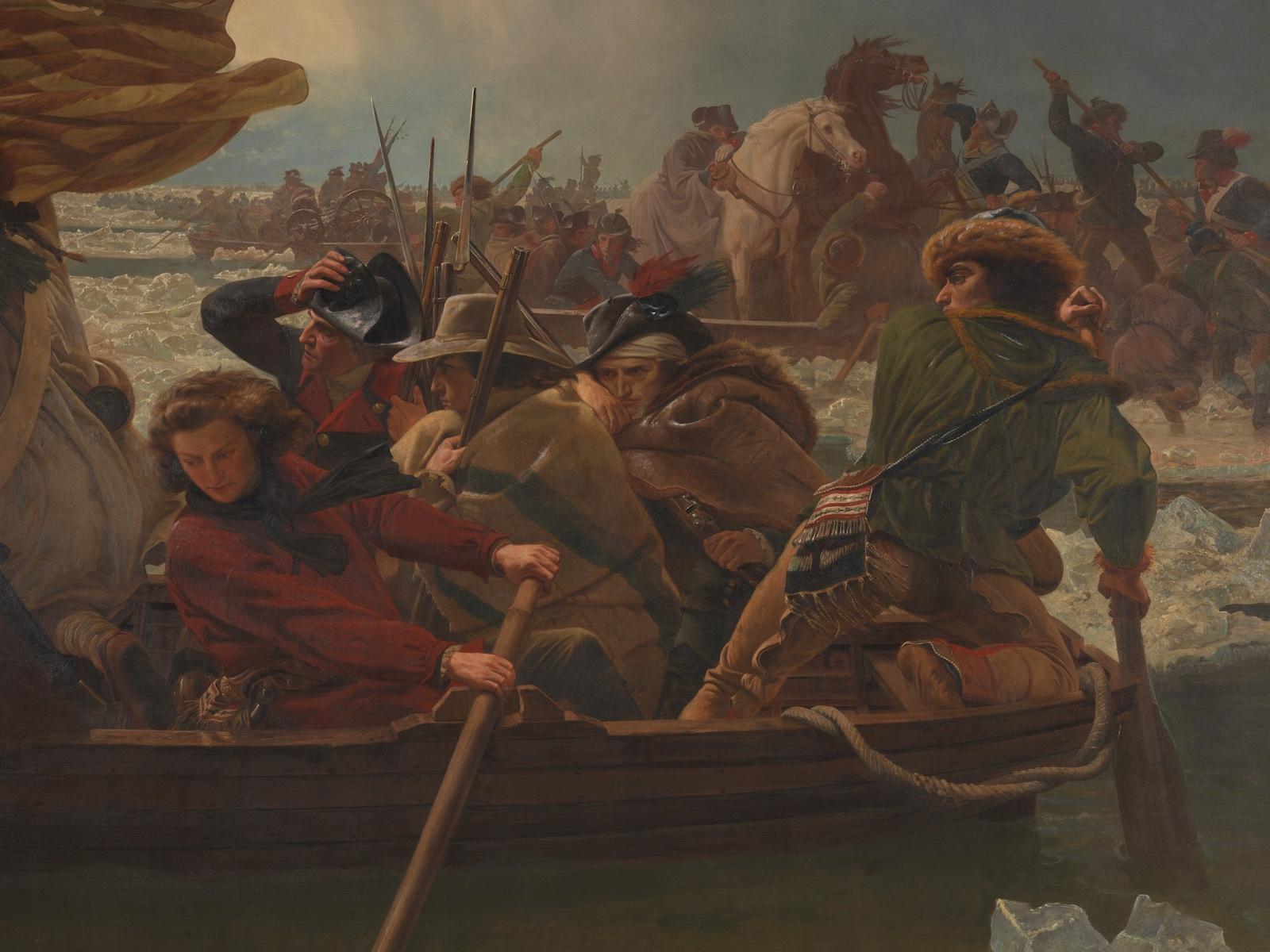 Courtesy of Metropolitan Museum of Art.

The son of political refugees who fled Germany for America, Leutze painted Delaware on a trip to Düsseldorf. It was his ode to American freedom, but also a sign of support for the increasing revolutions in his native land. Demonstrators there were staunch advocates of democracy and opponents of the bellicose German military. Tragically fitting, then, that Allied bombing in 1942 destroyed Leutze’s first version of Delaware purchased by the Bremen Kunsthalle.