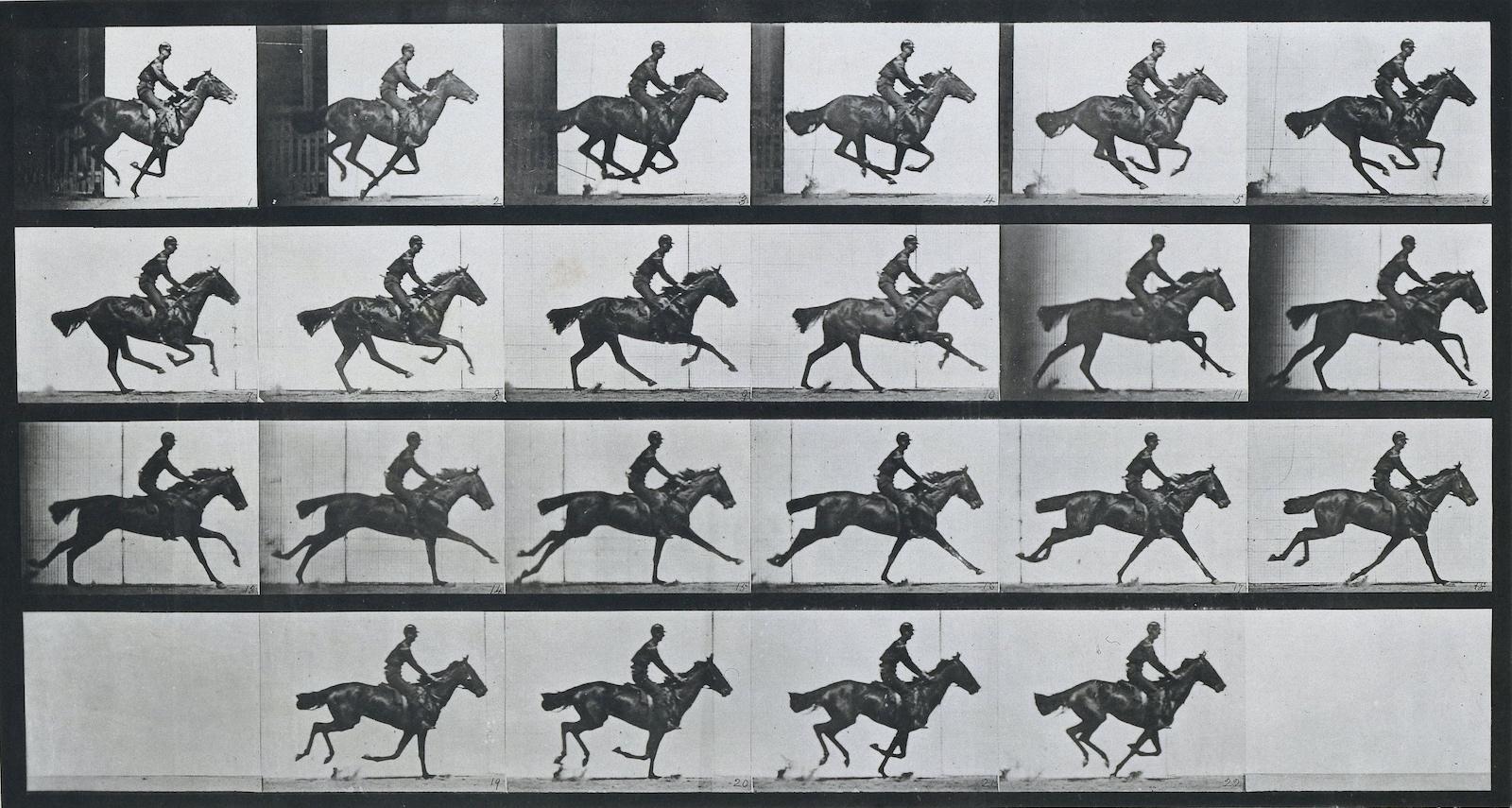 The June 2021 Focus for Reframed is Animals in Art

Is science a form of art?

This is the question that photographer Eadweard Muybridge grappled with in 1887, when he set up twenty-four trip wires to photograph a racehorse, named “Bouquet,” galloping with the help of a rather aggressive jockey.

Bouquet tripped each wire into capturing a photograph of the horse’s movement, creating a resource for scientists to perfect athletic performance and for artists to better portray horses in their artworks.

It could have gone horribly; if Bouquet had tangled his hooves on the wires then he and his jockey may have been seriously injured or even killed. Yet, it worked. 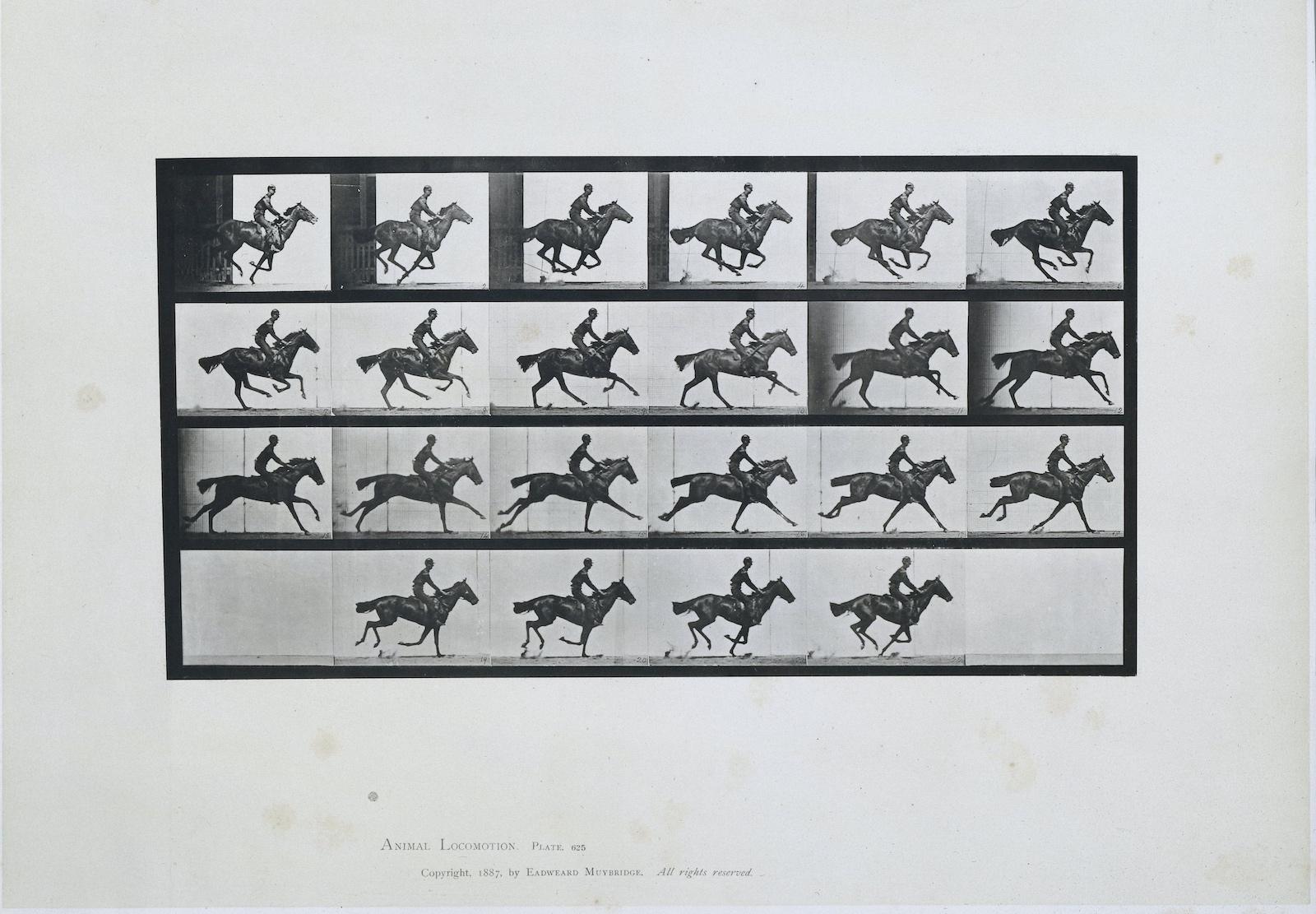 What Muybridge captured in glass plates, then transferred to photographs, transformed the studies of both science and art, as well as photography itself. Art historians, much to their dismay, discovered that artists, including the revered horse portraitist and French master Eugene Delacroix, had been portraying horses incorrectly for centuries.

Artists had known that all four hooves of a horse come off the ground during a gallop, but Muybridge proved that the horse collects his hooves under his stomach, rather than extending them in front and behind him as Delacroix had insisted.

Originally, Muybridge was financed by Leland Stanford, the California Governor for whom Stanford University was named. After the two men had a falling out, the University of Pennsylvania financed Muybridge’s studies.

Several of those “first experiments on motion and photography are lost to time,” notes Rijksmuseum curator Mattie Boom, yet “Bouquet” was impeccably preserved. “At that point, photography wasn’t an art yet,” Boom adds, yet Muybridge’s work was instrumental in gaining respect for the medium within the art world.

As photographers soon descend upon Tokyo for the 2021 Olympics, the world once again will be contemplating the blurred boundary between art and athleticism.