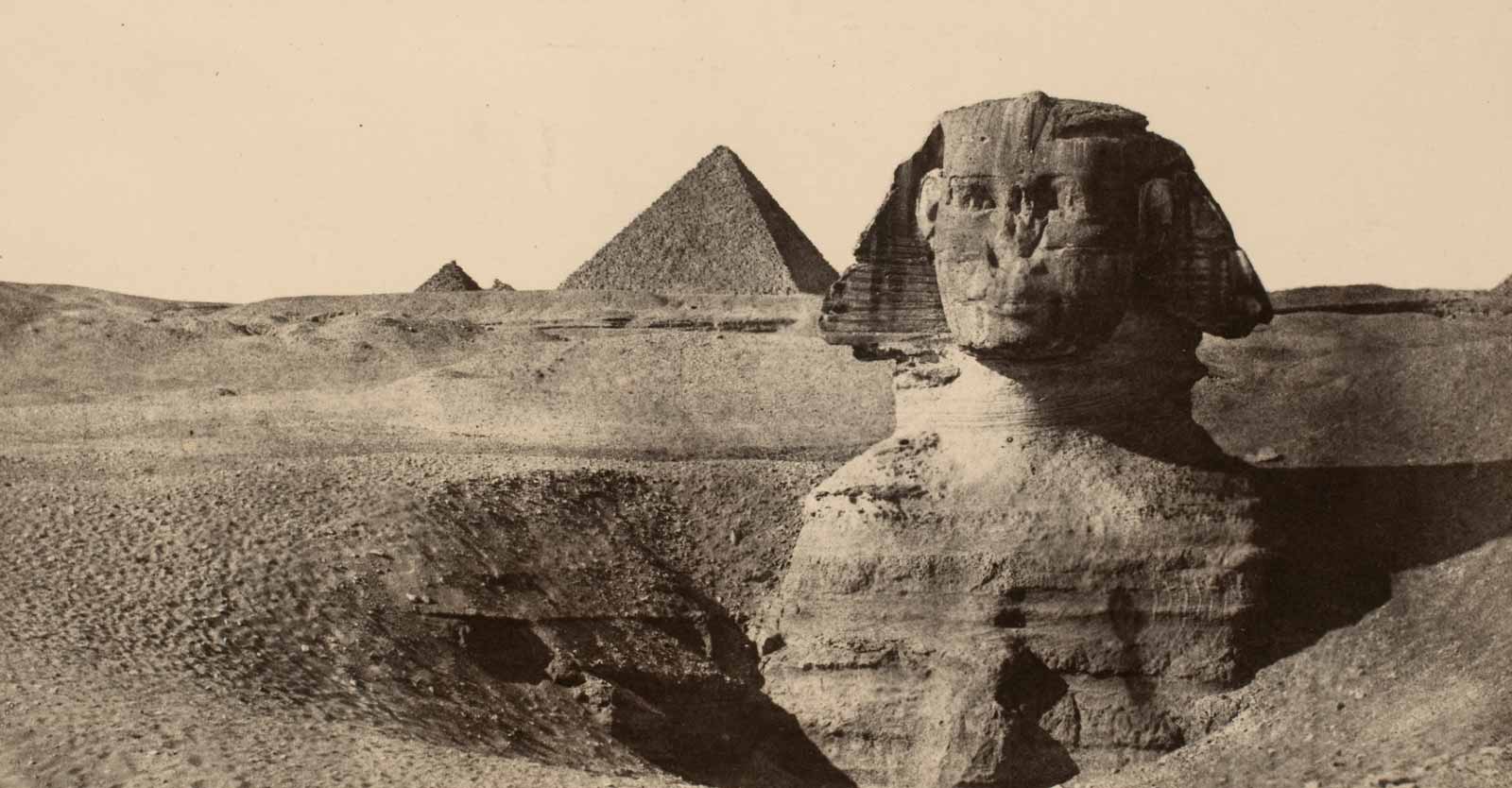 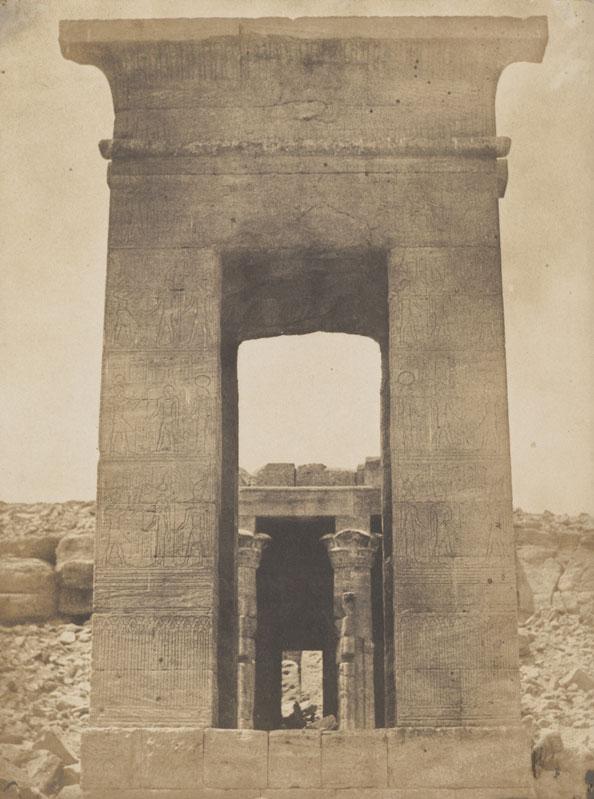 “Water was a huge issue in photographing in the desert—you needed distilled and pure water, plus the temperature (heat) was an issue for photographers.”

Maxime du Camp wanted to see everything on his travels, and didn’t want to waste any time sketching. The French nineteenth century writer with chronic wanderlust didn’t particularly enjoy drawing the temples and ancient ruins he visited, but did want to record archways and columns for memory’s sake. “I lost precious time in drawing the monuments or views that I wanted to remember," explained Du Camp. "I drew slowly and in an incorrect manner."

And so on his next trip, an eighteen-month trek through the Middle East with his friend Gustave Flaubert, Du Camp planned to create stunningly precise images of pyramids and hieroglyphic inscriptions without using pen and paper. “I understood that I needed a precision instrument to bring back images that would allow me to make exact reconstructions,” Du Camp noted. He would, instead, use photographs, a process invented by fellow Frenchman Louis Daguerre only a decade earlier. The pair began their excursion in Egypt, arriving on the Nile Delta at 10am on November 15, 1849. 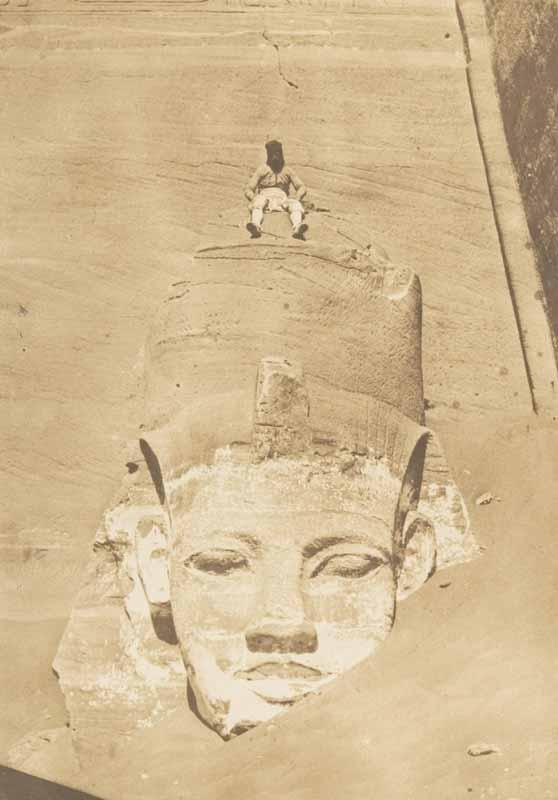 Du Camp wasn’t the first person to lug a camera down the Nile river; others preceded him, almost immediately after the invention of photography was released in 1839. But he pioneered using paper negatives instead of silver-plated daguerreotypes—a choice that eased his travel and also made it possible for him to create the first-ever travel book accompanied by original photographic reproductions. Around 125 photographs Du Camp shot of Thebes, Cairo, Philae and Abu Simbel during his voyage were individually printed and tipped into a book he wrote and published the year after his return to France: Egypte, Nubie, Palestine et Syrie (1852).

“The problem with the daguerreotype was that it couldn't be reproduced,” explains Anne McCauley, a Princeton University art and archaeology professor who has studied Du Camp’s expedition. Engraved plates and aquatints could be made by tracing daguerreotypes, but destroyed the photographic plates in the process. Paper negatives, on the other hand, could produce an infinite number of prints without damaging the original.

Du Camp’s use of salted paper negatives may have been more dumb luck than informed choice. He was by no means an experienced photographer, and not a big fan of the medium. Du Camp learned how to create and process paper negatives just weeks before departing for Cairo, from eminent photographer Gustave Le Gray. Le Gray, then new to photography himself, happened to be working on perfecting a waxed paper negative process at the time and passed his knowledge on to Du Camp.

Within a few weeks, Du Camp felt confident enough to take his camera on the road. Still, he had technical challenges while on the trip. “Photography absorbs and consumes Max’s days. He succeeds but gets upset every time he ruins a proof or a plate is badly wiped,” Flaubert wrote his mother in a letter, from Cairo. “I don't know how Max doesn’t kill himself with the photographic mania he has.” 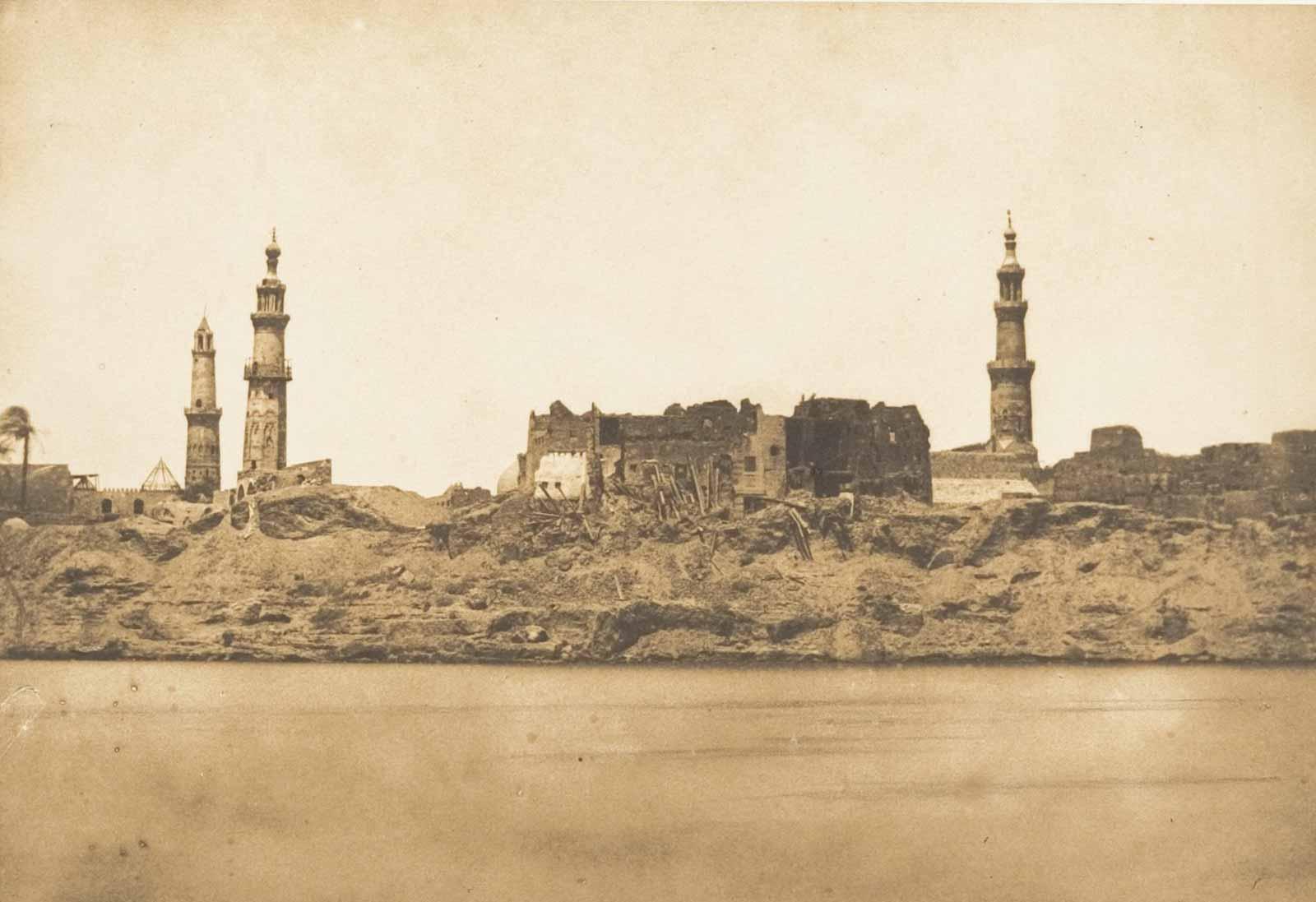 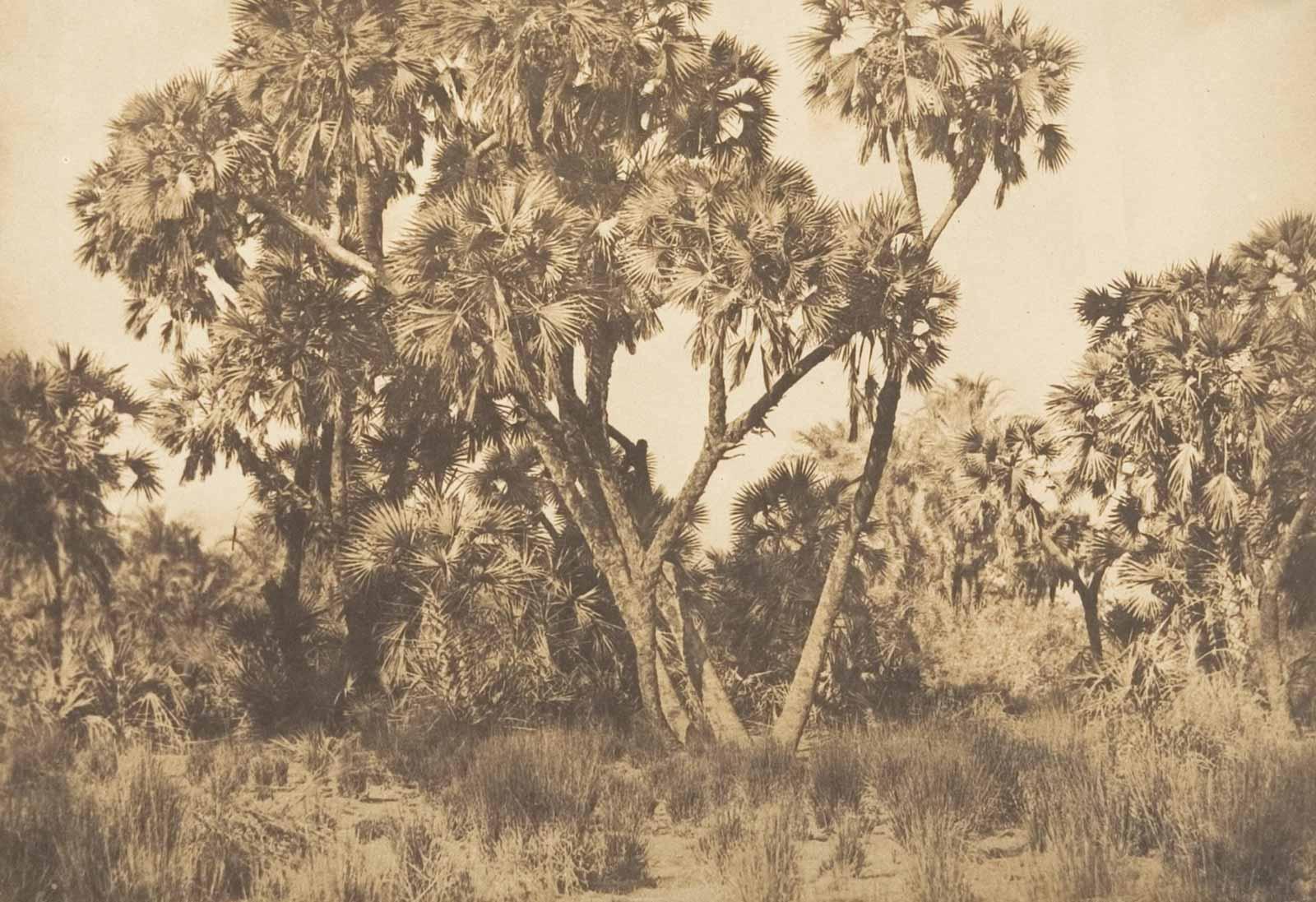 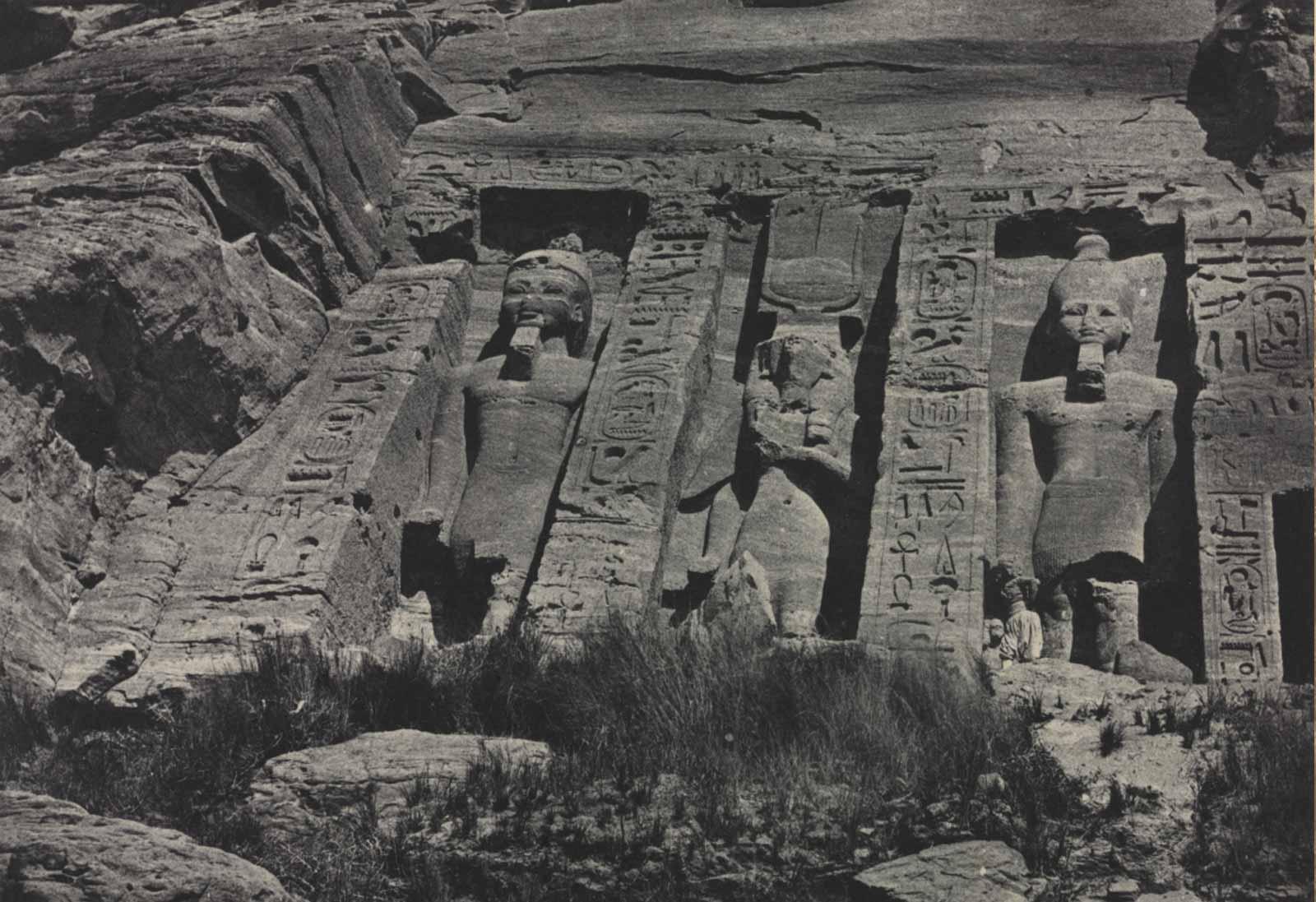 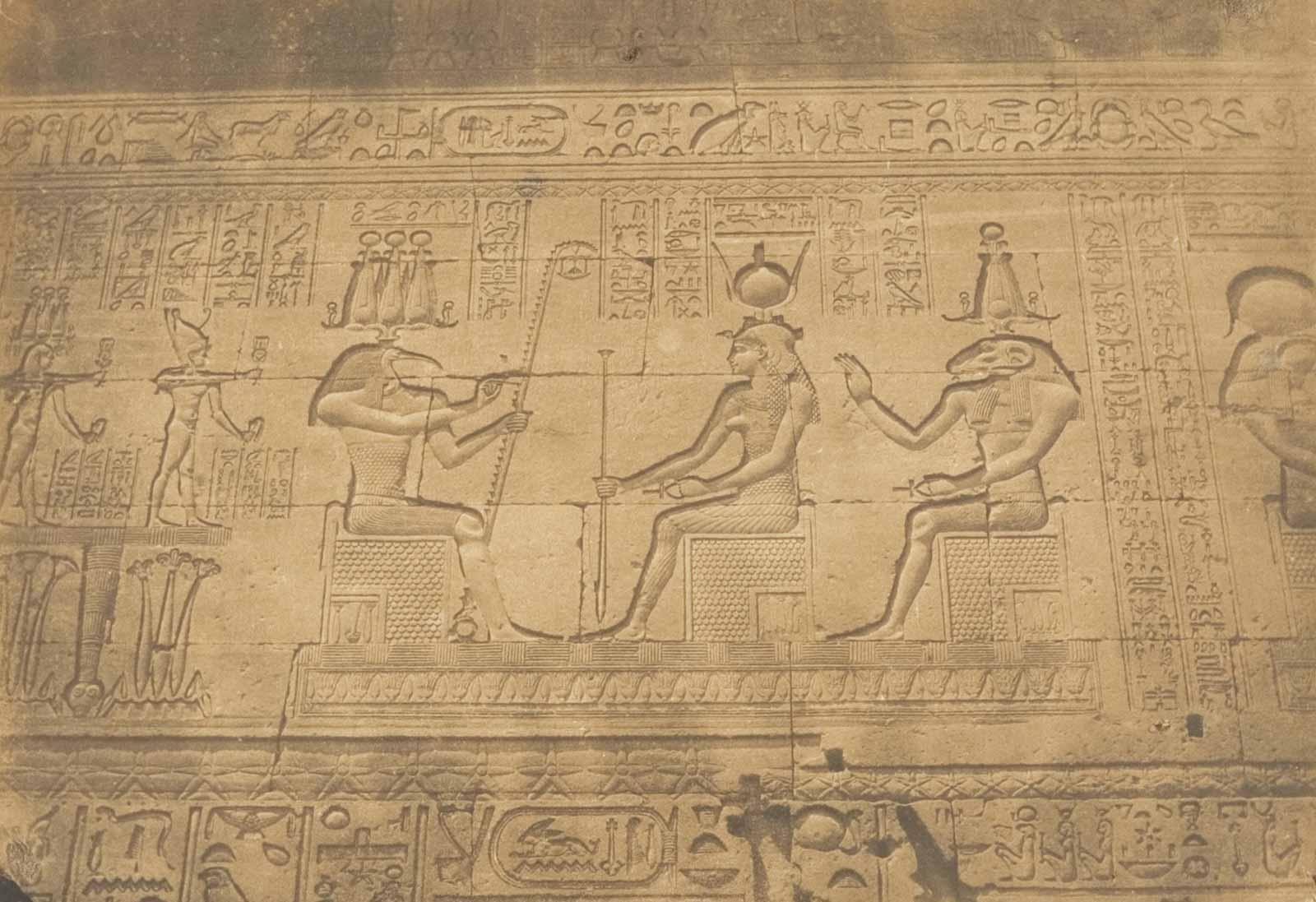 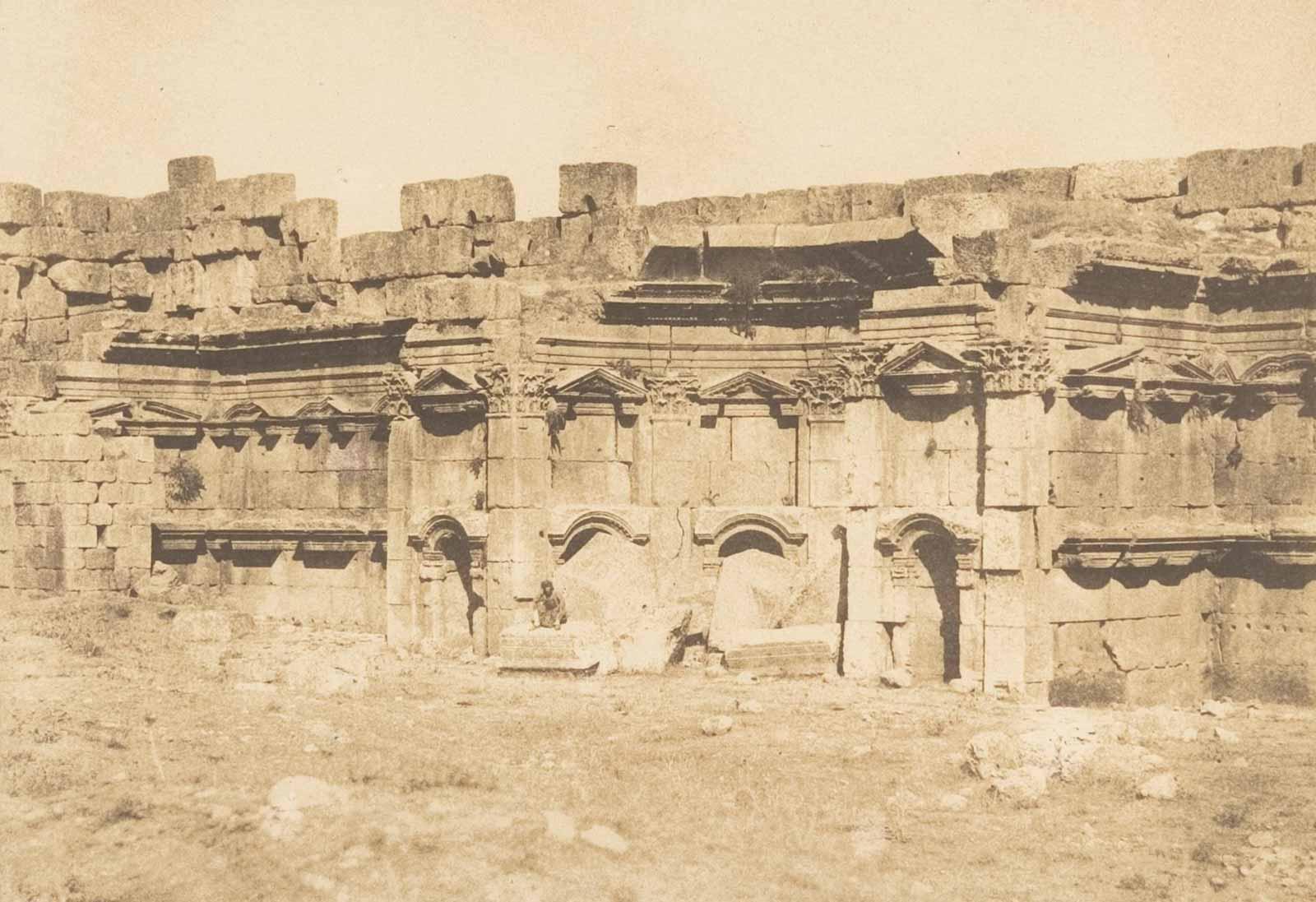 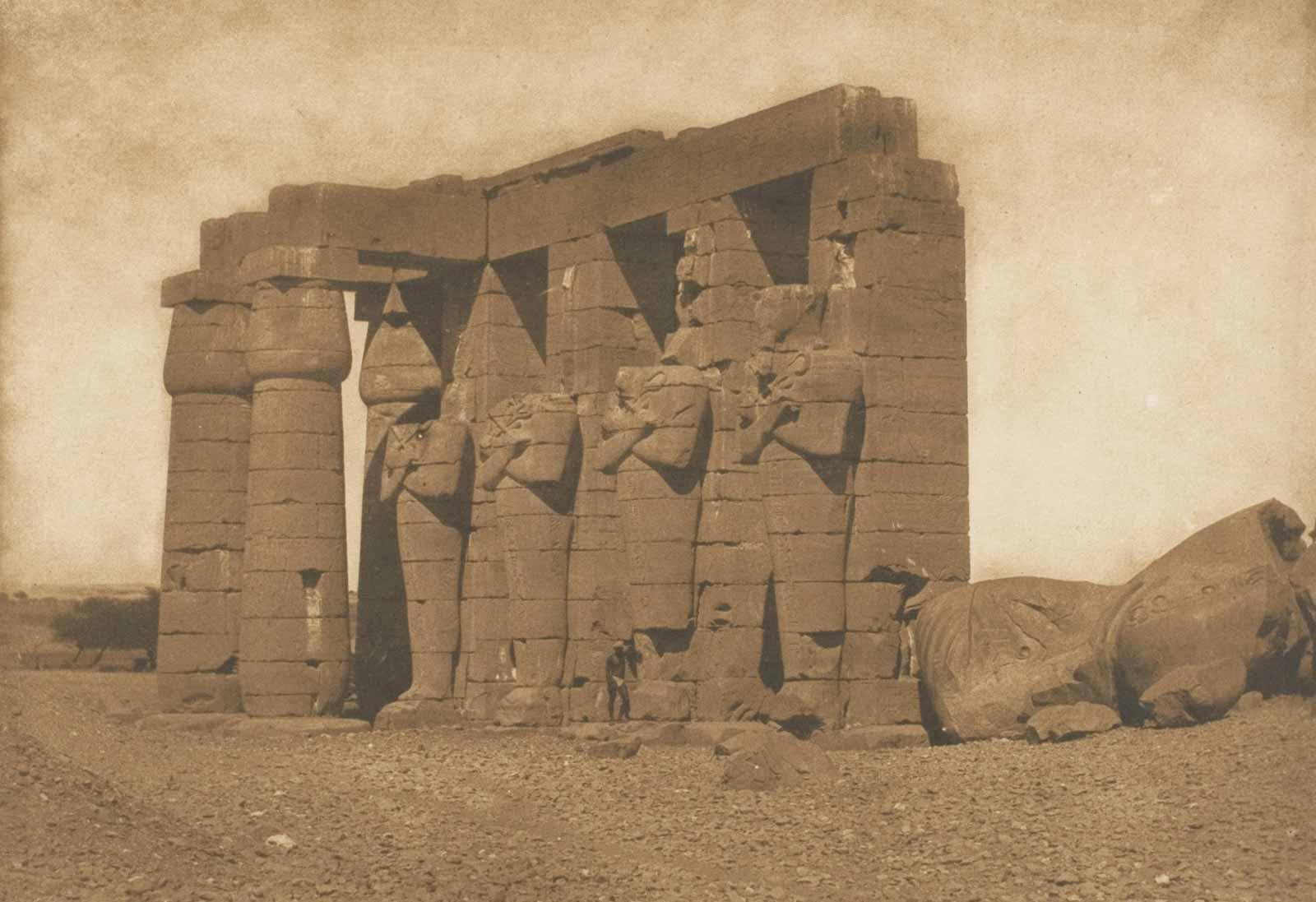 Du Camp told a very different side to the story, suggesting that the difficulty wasn’t his own competence but rather the travel conditions surrounding him. When reflecting on his expedition to Egypt over thirty years later, Du Camp wrote that “learning photography isn’t a big deal, but transporting equipment by muleback, camelback, or the back of a human is a difficult problem.” 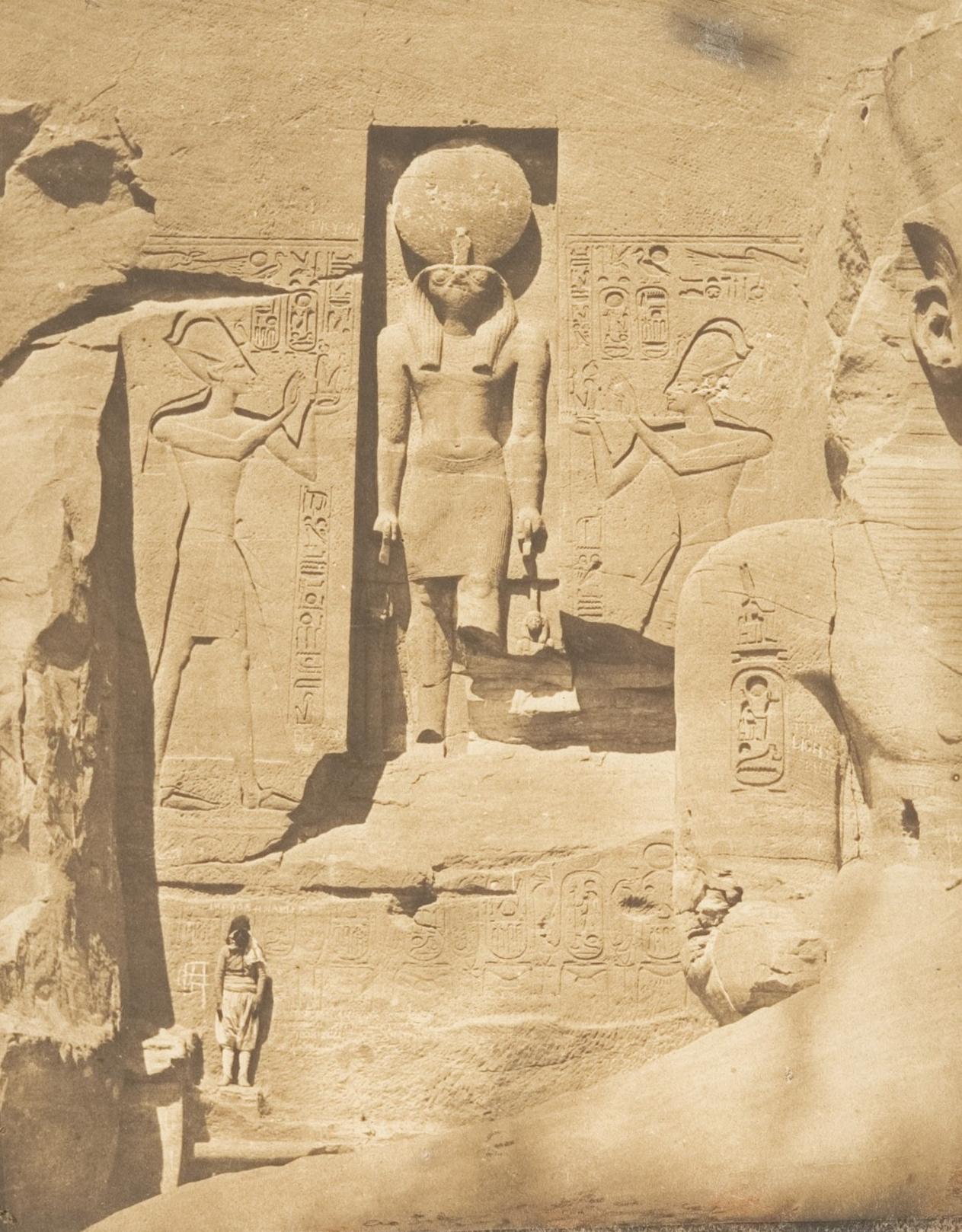 Lugging all the equipment necessary for an eighteen-month photographic voyage, and processing negatives in transit—often in the middle of the desert or an otherwise deserted landscape—was hard. “While traveling he would sensitize and expose the negatives, develop and fix them,” McCauley explains of Du Camp’s technical process.

“He had many servants to carry all his paper, camera, chemicals, tents (he would need some sort of dark room either in a wagon or a tent in order to do the chemistry), as well as presumably water,” adds McCauley. “Water was a huge issue in photographing in the desert—you needed distilled and pure water, plus the temperature (heat) was an issue for photographers. All expeditionary photography demanded a team of local guides, porters, camels and horses.”

When Du Camp and Flaubert stayed at the Maison de France in Thebes, for example, they rented an entire room just to store photographic equipment. The arrangement was cumbersome, but seemed to be working: Du Camp produced 189 sharp images of ancient Egyptian relics.

But by the time he reached Beirut (his destination immediately after Egypt), Du Camp started having more and more trouble with his chemical baths and exposures. As a result, he only made twenty-seven negatives after leaving Egypt.

And by September 1850, less than a year after embarking on his adventure, Du Camp was ready to call it quits on his photographic career. He traded his camera with a zealous amateur in Beirut, in exchange for ten feet of gold-embroidered damask fabric that he’d use to decorate his Parisian home. (Flaubert said that Du Camp planned to use the textile to make a “sofa fit for kings.”)

Du Camp returned to France with noticeably lighter luggage, but also an impressive 214 negatives. The Blanquart-Evrard firm printed a selection of 125 negatives for Du Camp’s book, which was released for public sale in April 1852. The book was a success, bought mainly by archaeologists interested in seeing the Egyptian monuments in high definition without experiencing any of the discomforts Du Camp faced.

And just like that, almost by accident, amateur shutterbug Du Camp made photographic history. He never shot a photograph ever again.