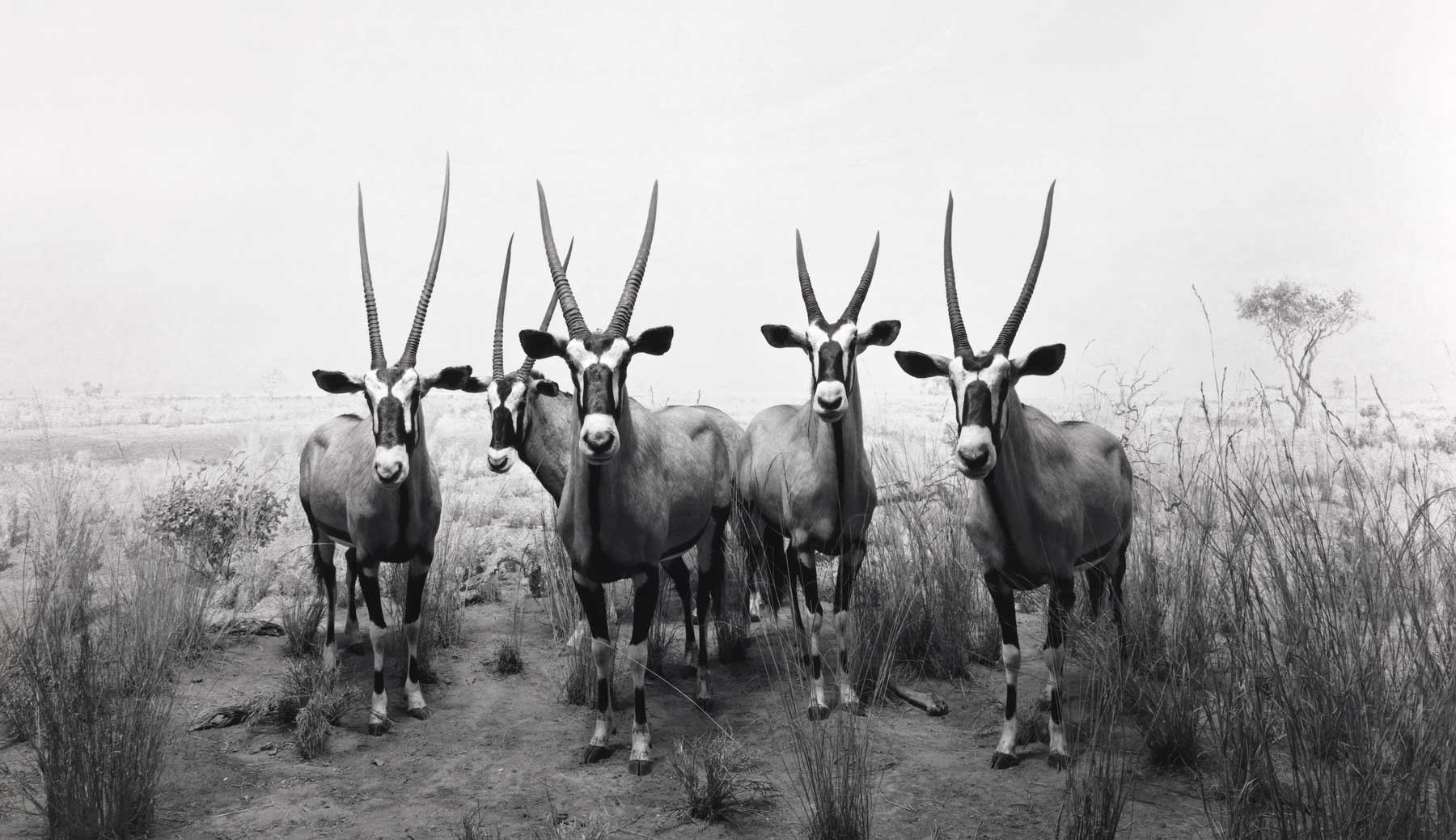 The Japanese photographer who brings museum objects to life. 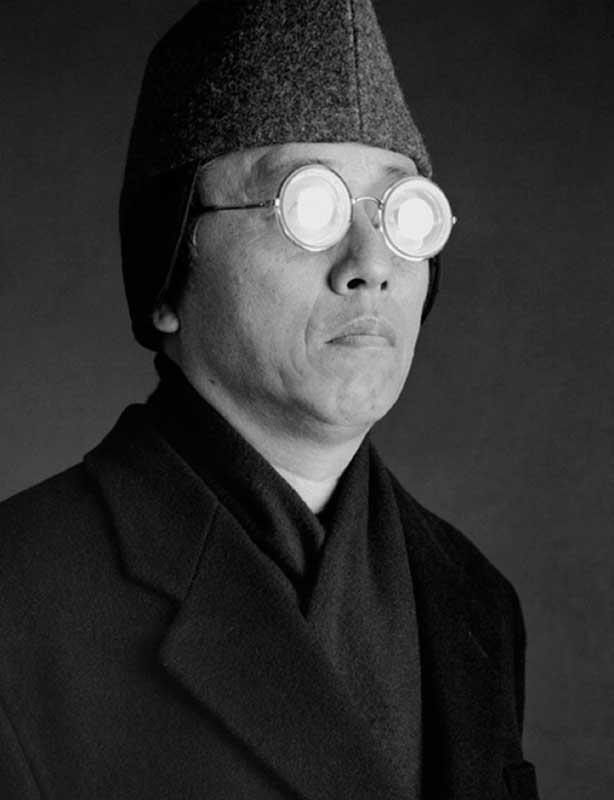 New York’s streets of the 1970s were full of eye-catching photography subjects: a thriving graffiti scene, angsty residents fearful of the city’s high crime rates, a tantalizingly gritty and pre-gentrified downtown Manhattan. When twentysomething Japanese photographer Hiroshi Sugimoto first moved to New York in 1974, he ventured out with his camera to document those very things. But it was ultimately in a very different type of street scene–the kind encased in glass at the city’s American Museum of Natural History–that he found lasting inspiration.

There, the dioramas of taxidermied wild animals fascinated Sugimoto. He saw a suspended tableau of lions feasting on a recently mauled zebra, before leaving their leftovers to vultures and hyenas waiting in the wings. The vista’s viciousness looked oddly familiar to the new Manhattanite. “I thought, ‘wow, this is New York,’” Sugimoto joked at the opening of his 2019 retrospective exhibition at the Tel Aviv Museum of Art.

But it was something else that eventually led to Dioramas, the first of his ongoing and celebrated photography series. “I all of a sudden realized that if I close my one eye then I get a photography view,” Sugimoto recounted. “The camera only has one lens, which means one eye. So if you close one eye you lose the sense of depth, and it gives you more reality.” By imitating a flat, photographic view of the motionless and fabricated scene in front of him, the stuffed animals, painted backdrop, and fake plants looked astoundingly alive.

He took a few shots with the 35mm camera he had on him, but realized he’d need to use different techniques to make preserved lions and hyenas look as real as the graffiti on New York’s subways. Before his next visit to the museum he bought an 8x10 camera, a technically-complex large format camera invented in the nineteenth century and rarely used by contemporary photographers. The antiquated camera allowed Sugimoto to capture more detail for his monumental prints of the dioramas, just one of the many optical tricks up his sleeve.

On his return to the American Museum of Natural History, Sugimoto learned that the glass surrounding a diorama is typically only opened every few decades and that he couldn’t photograph from within the display. In order to eliminate the reflection of the diorama’s glass case, he tented over his camera with a black cloth and used long exposures (sometimes up to an hour). He then processed his film in a homemade batch of chemical developer (concocted using a recipe published by renowned twentieth century photographer, Ansel Adams), which produced better results than commercial developer at enhancing the middle tones.

And lastly, Sugimoto chose to shoot Dioramas (and all of his following series) in documentarian black-and-white. “People can be fooled without color,” Sugimoto explained in a 2016 interview. “Shooting black-and-white, the colorblind vision, gives more reality to the colorfully inclined eye.” By unifying the tones of the real animals and their fake landscape–which look dissonant when viewed in person–the illusion was cemented.

Dioramas, though, is not a series about natural history displays across the United States. There are no exhibition labels, and many of the photographs appear to have been taken on the African savannah (not in museums). Writes Raz Samira, curator of Hiroshi Sugimoto at the Tel Aviv Museum of Art, in this series the artist is “revealing the manipulative power of the photograph.” 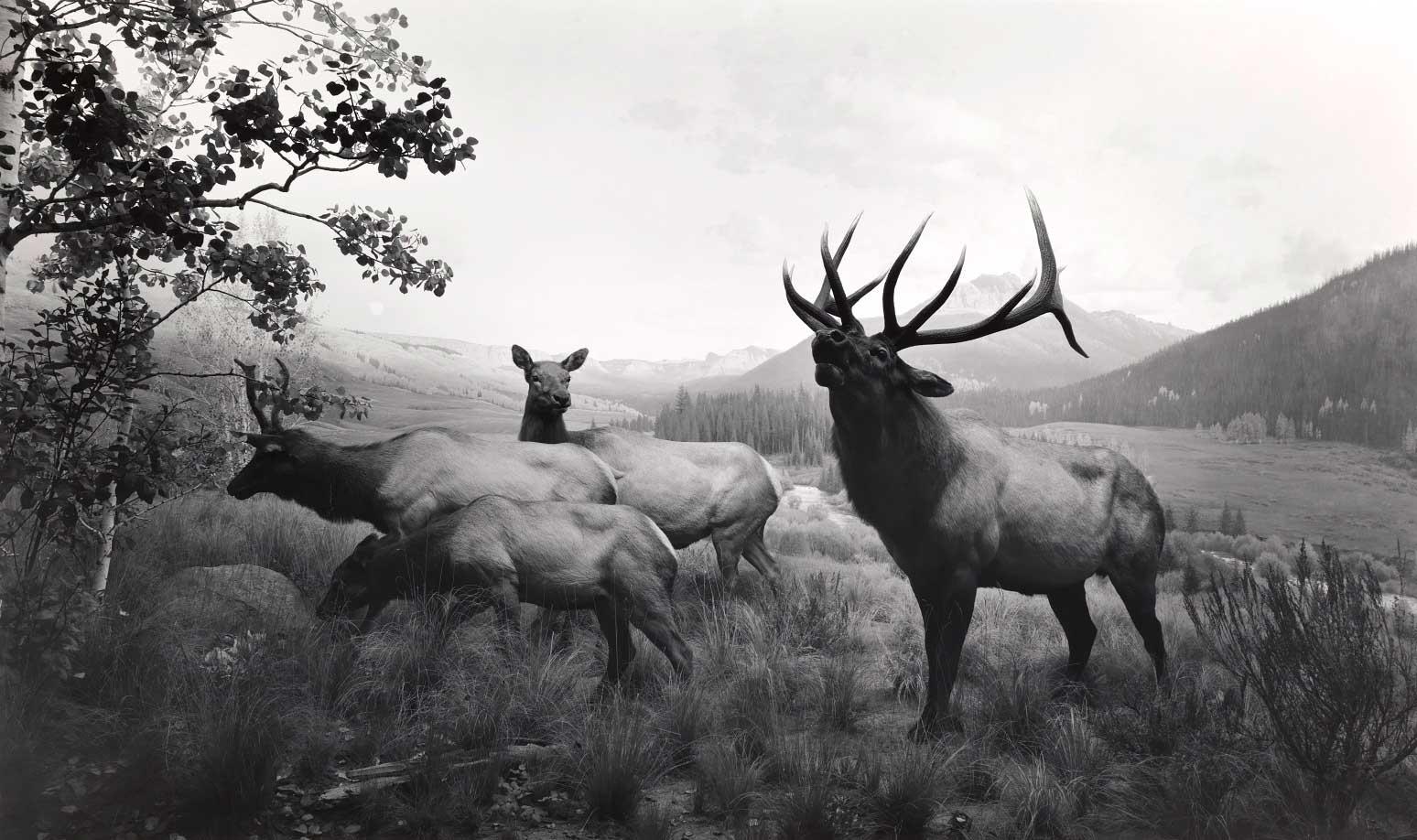 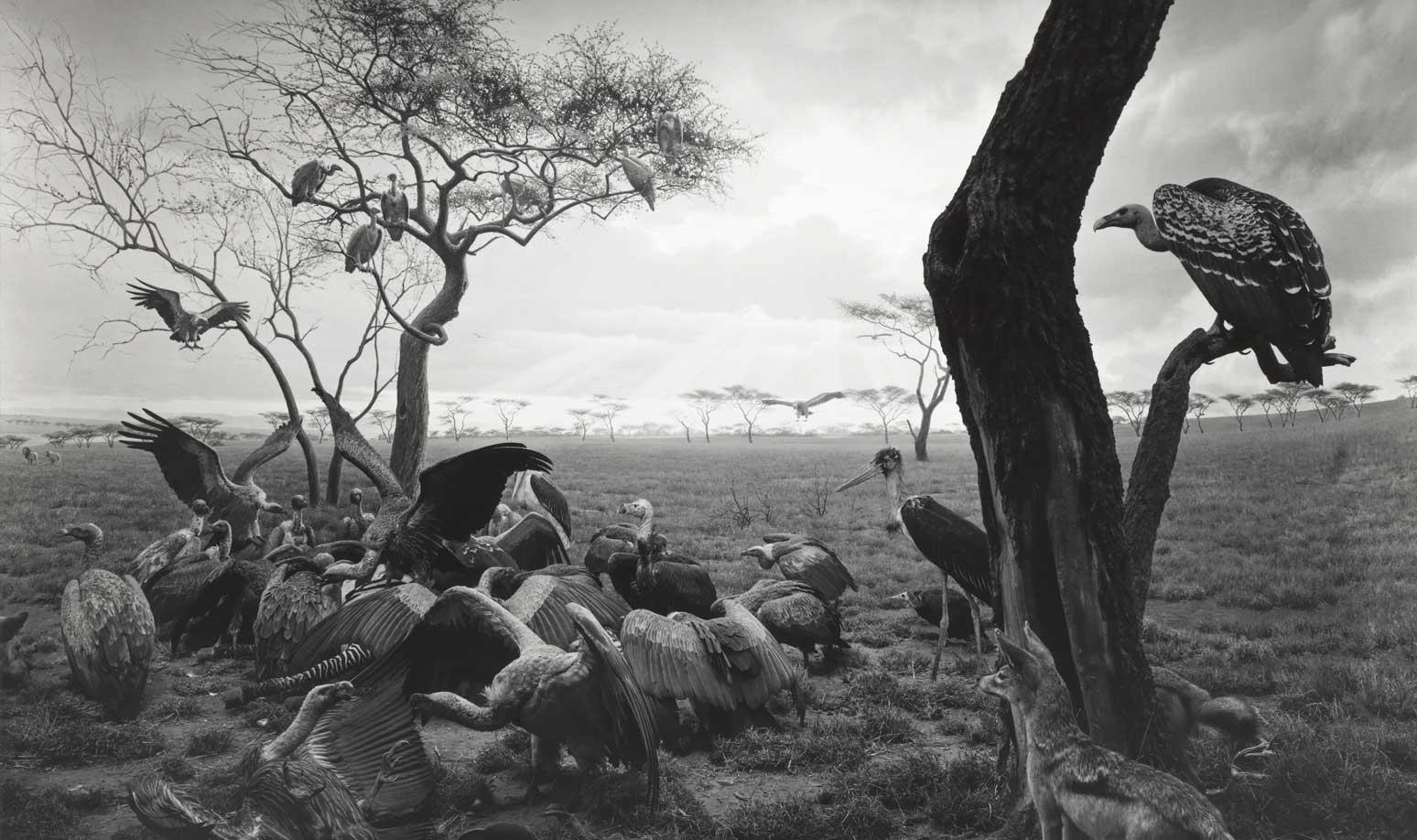 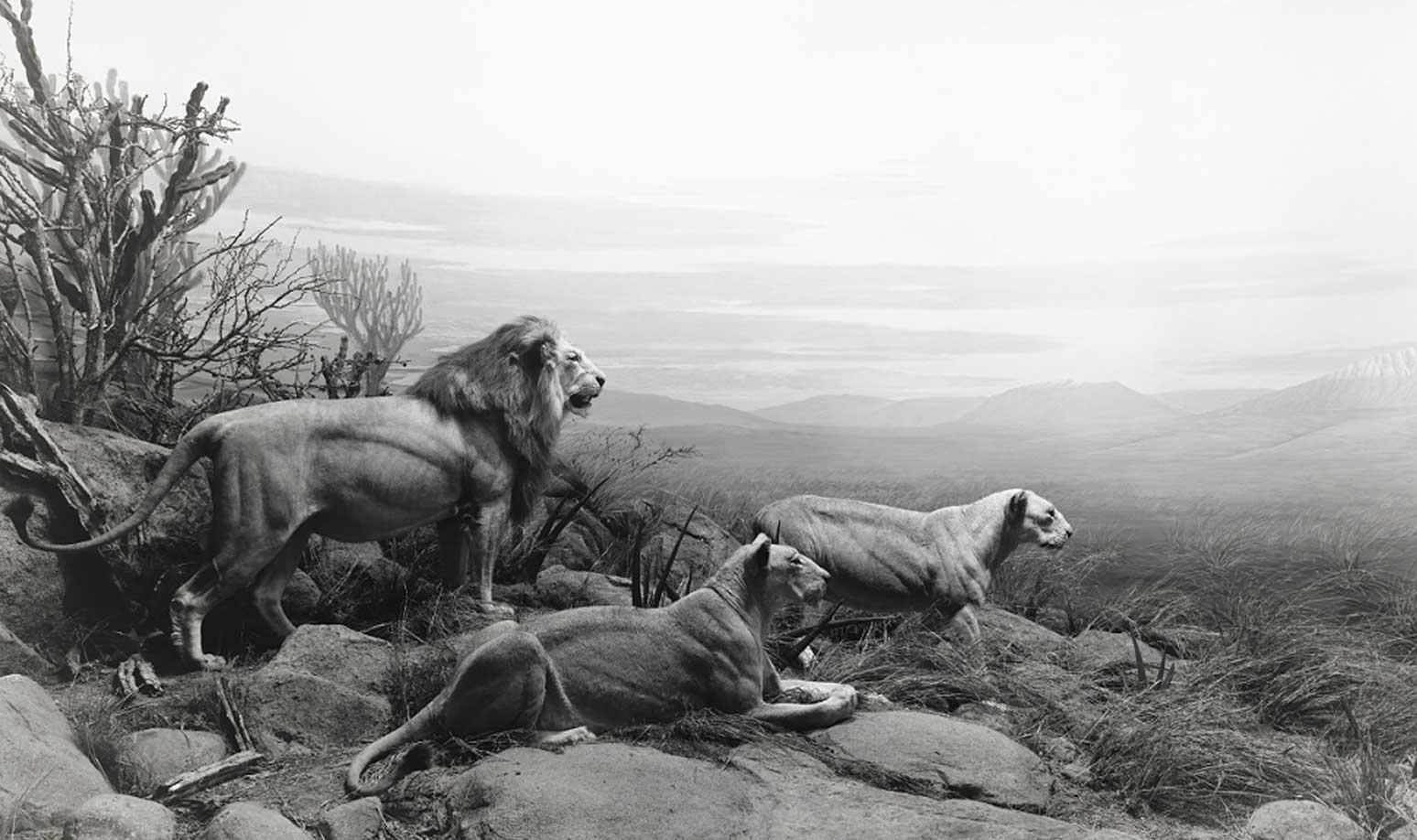 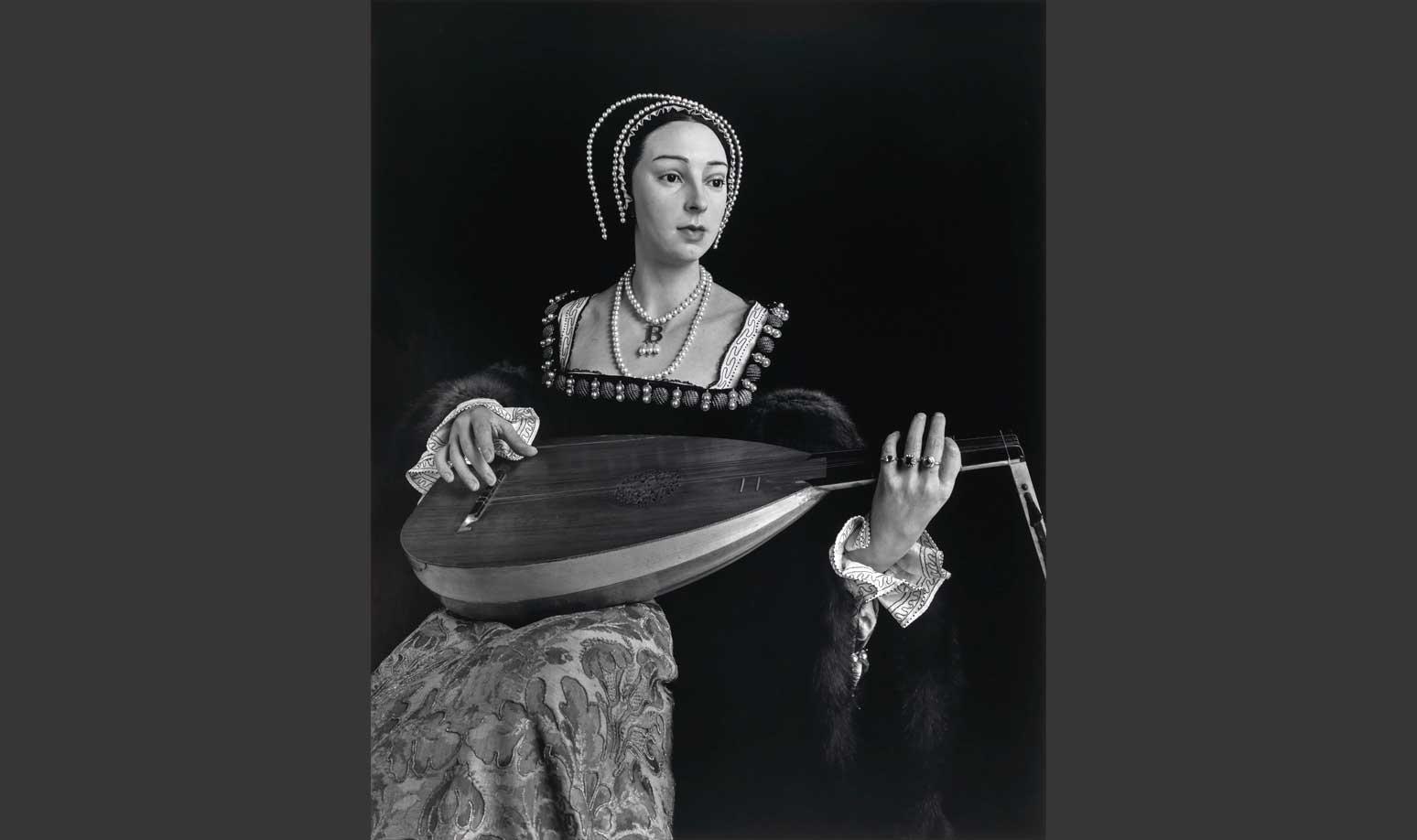 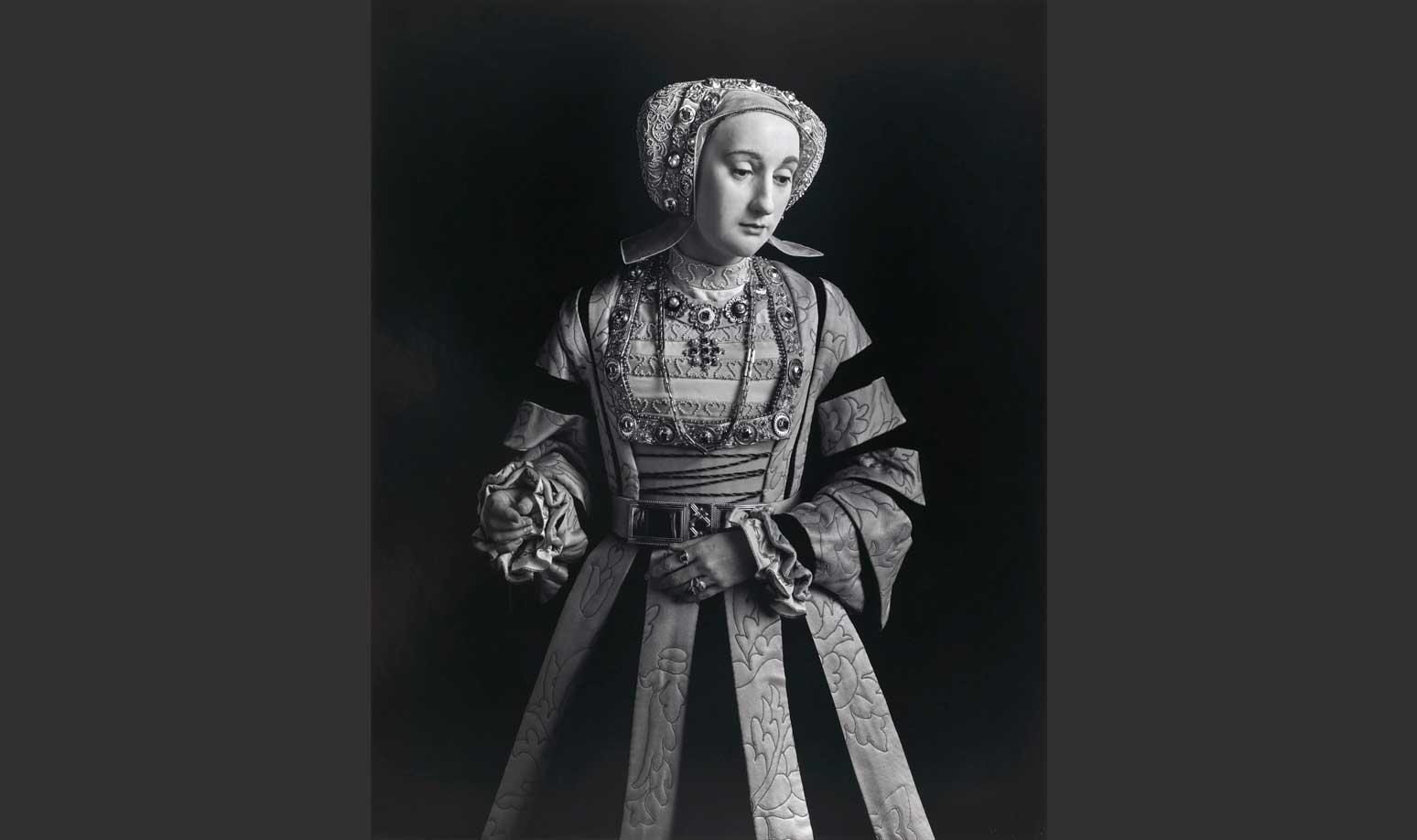 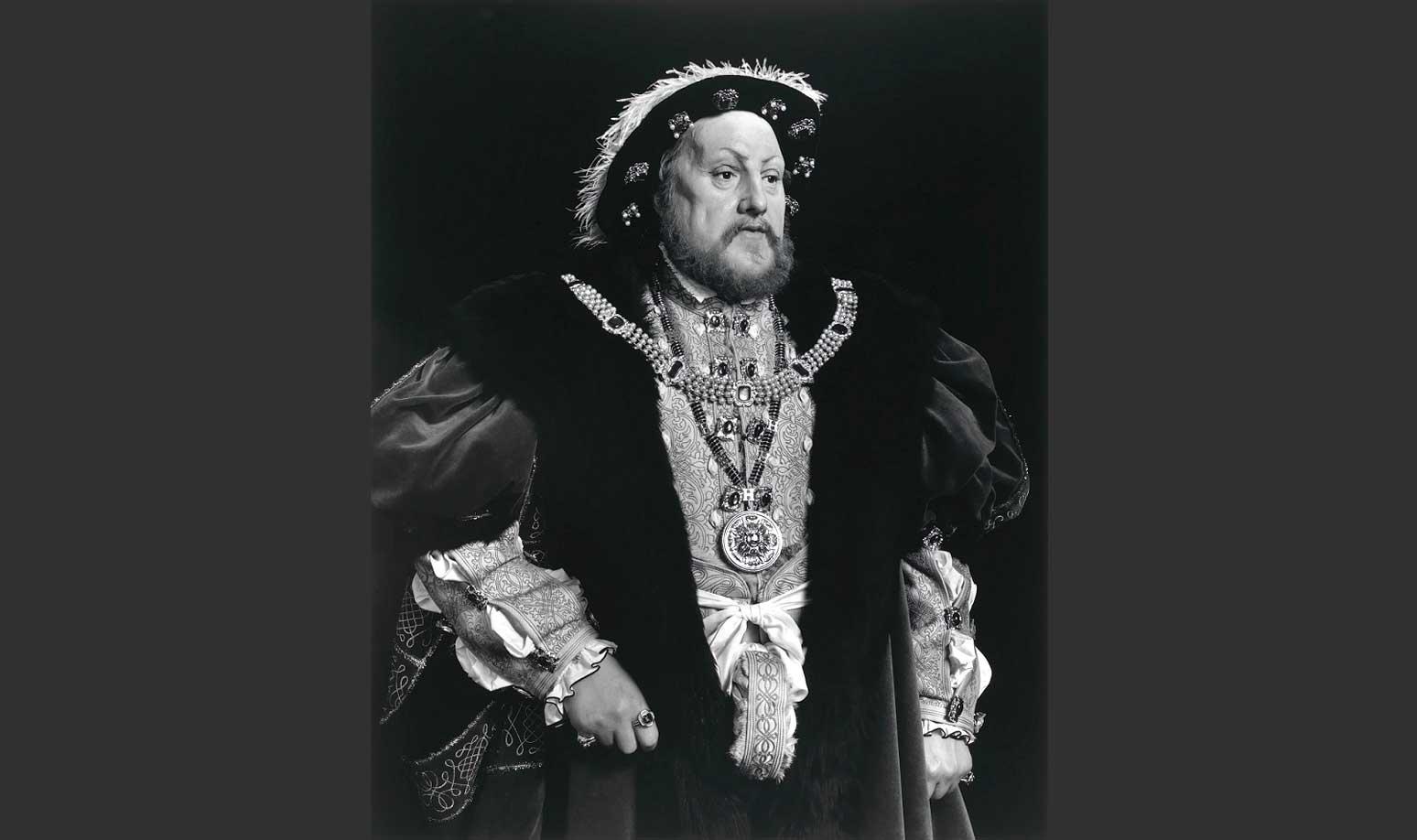 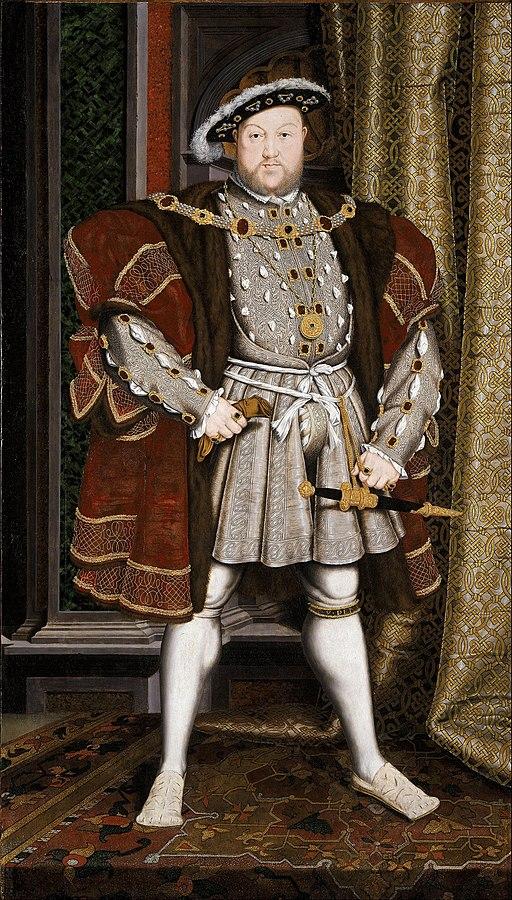 Workshop of Hans Holbein the Younger, Portrait of Henry VIII, 1536.

Sugimoto demonstrated photography’s ability to resurrect the lifeless in his next series as well, which also captured displays from popular museums in a way that makes viewers do a double take. The photographer went to the human version of a natural history museum–Madame Tussauds historic wax museum in London–where he obtained permission to set up a nighttime studio and borrow select paraffin mannequins for a few days at a time. (Two museum guards supervised the photoshoots, to protect the fragile sculptures.)

Titled Portraits and published in 2018 in a dedicated book by Damiani and MW Editions, the series of wax portraits look “more realistic than life,” Sugimoto has said. “They’re recreations. I’m faking life.”

The first work in the Portraits series was an image of the sixteenth century King Henry VIII of England (accompanied by his notorious six wives in dedicated separate portraits). “Henry VIII was painted by [German Renaissance artist Hans] Holbein, and a huge portrait painting exists,” Sugimoto explained at the Tel Aviv Museum of Art. “The wax maker made an exact copy from the painting.” The photographer staged the Madame Tussauds version of Henry VIII to resemble a classic European royal portrait – using a three-quarter profile view and flattering chiaroscuro lighting.

“So from Holbein’s painting it became a wax figure, but now I come with my 8x8 camera to make it two-dimensional again,” Sugimoto added. “And make it black and white. Then it becomes like this. You never know whether he’s alive or dead.” The trick is more convincing in his photographs of contemporary figures–such as Fidel Castro, Yasser Arafat, and Princess Diana.

In our era of manipulated and Photoshopped images, Sugimoto’s crisp photographs that blur reality and unreality were an early admonition to our eyes that even if we see it, we shouldn’t necessarily believe it. He masterfully blends the practice of a contemporary conceptual artist with the technique and craft of a skilled nineteenth-century photographer, reviving the past in a way that leads viewers to question their perceptions. “If you believe this scene is real,” he warns, “you have a problem in your eye.”