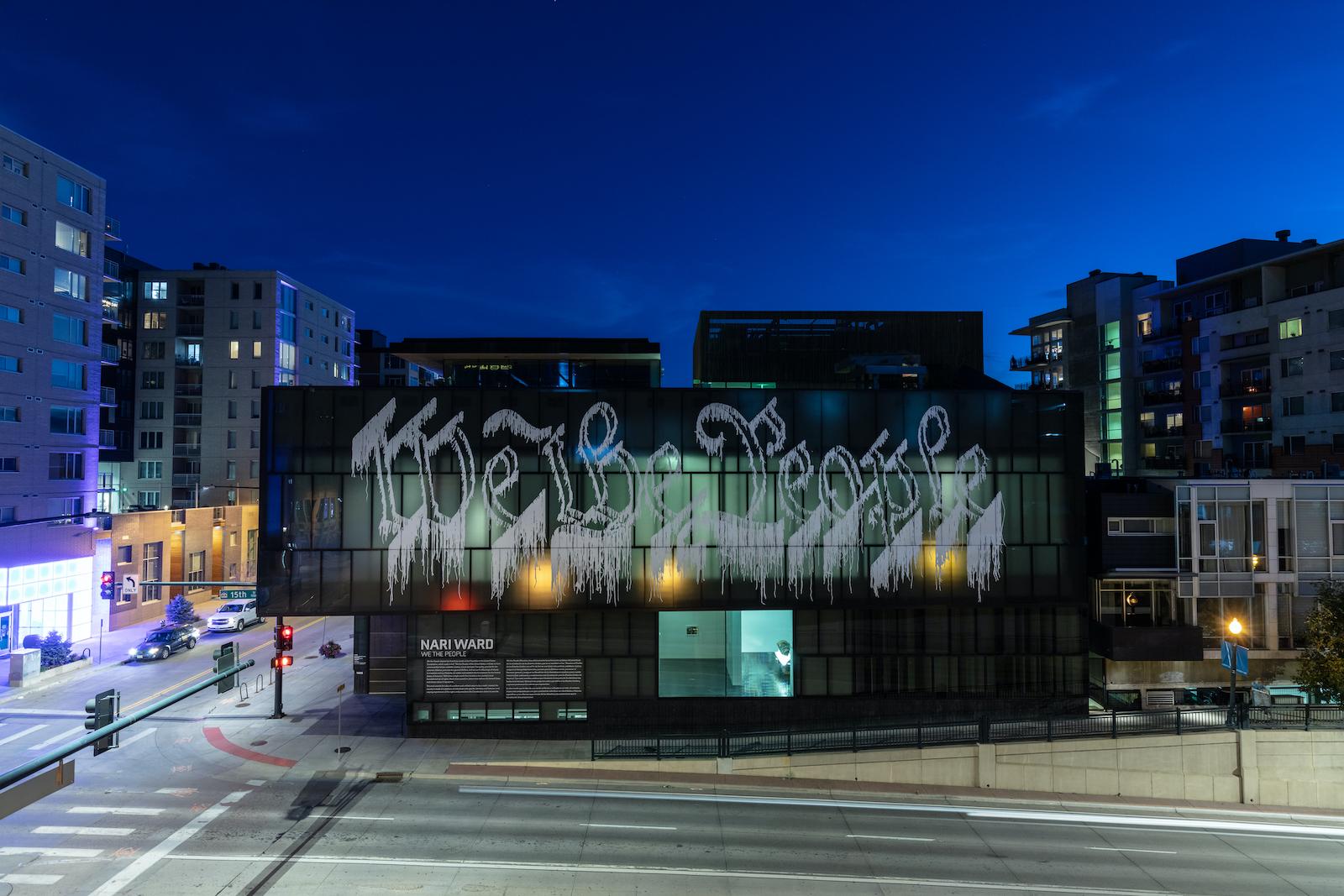 Denver’s Museum of Contemporary Art (MCA Denver) will celebrate its silver anniversary in 2022. The museum’s lively response to the devastating COVID-19 pandemic of 2020 and 2021 demonstrates the saving grace of creativity in a crisis.

“We did more than pivot. We pirouetted many, many, many times,” says MCA Denver’s Mark G. Falcone Director Nora Burnett Abrams. “Human connection is what we value the most, and that was what was ripped away very suddenly,” she explains. “But the human spirit is remarkable. We’re compelled to be: It’s a coping mechanism.” 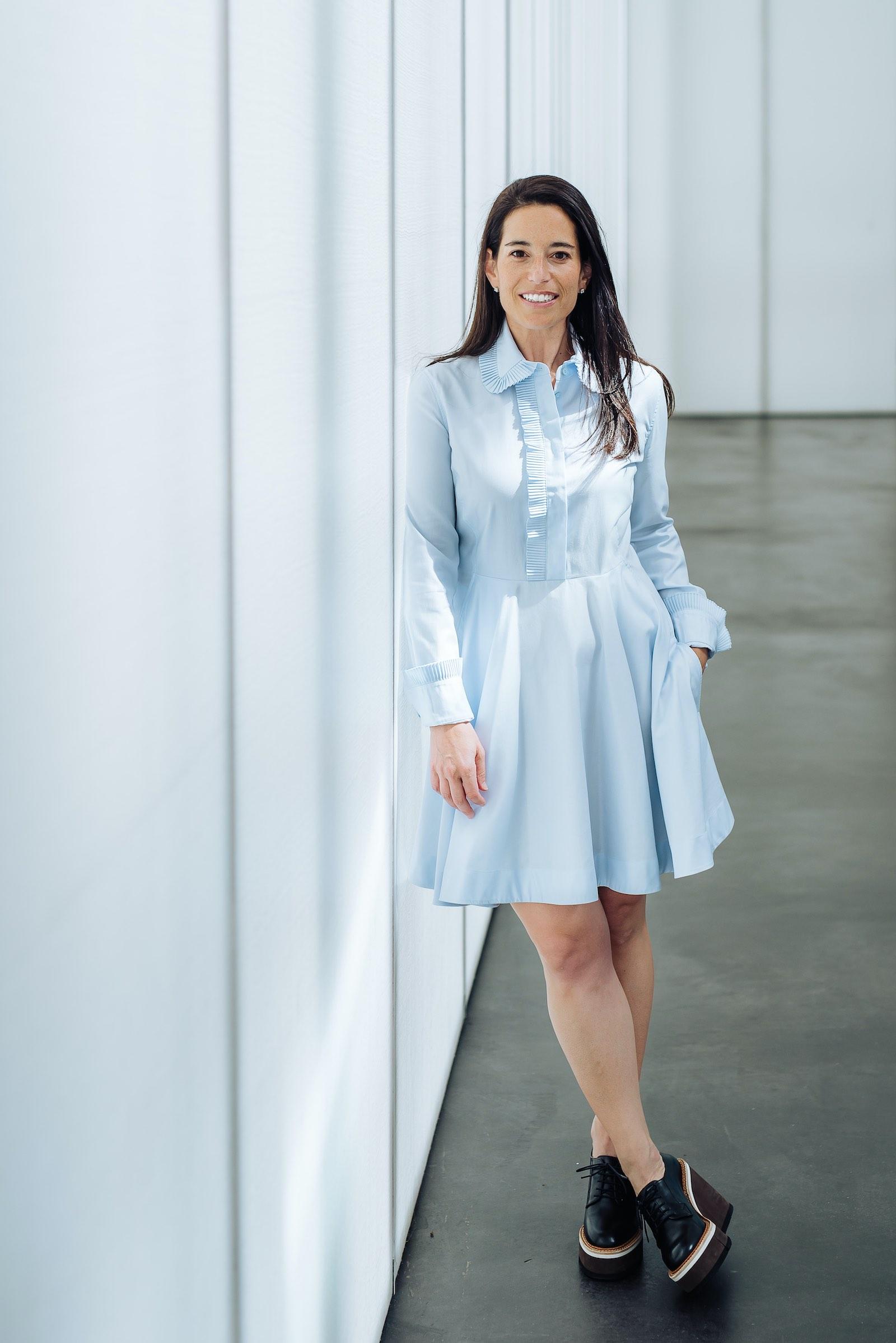 To cope with the pandemic quarantine that shut down MCA Denver, the museum ramped up virtual programming. “I knew as soon as we closed that we’d have to be more active on social media. That was a no-brainer,” Abrams says.

The museum’s Director of Communications, Partnerships and Digital Initiatives Courtney Law adds, “Since the beginning of the pandemic, MCA Denver used this unique time to tap into our risk-taking roots and try new things: new program offerings, new platforms for hosting those programs, new creative opportunities for supporting artists and new ways of facilitating our teen leadership programs.”

After shuttering the museum mid-March, MCA Denver also quickly opened online options. “In April 2020, we began offering virtual programs and quickly began to iterate and improve the production and experience as we went along,” said Law. The museum banked on creativity coupled with humor.

“We found a way to have fun and to keep people connected,” Abrams says. For example, the museum launched Laugh Your Craft Off.

“We had a crafting exercise with a craft kit, so you in Denver and your sister in Chicago could both do the craft. We added a comedian, so people were making something together, laughing together, a creative endeavor infused with humor,” Abrams explains.

Yet MCA Denver also responded to the gravity of the times with Citizenship: A Practice of Society a group exhibition featuring thirty artists. Law states, “When‘Citizenship’ was on view in our galleries, we produced a related online program each week during the run of the show by highlighting a different exhibiting artist and covering topics from reimagining the future of monuments to bias in journalism.”

The online programming’s metrics show success. “Over the course of a year, we were thrilled to be able to welcome over 21,000 virtual attendees from across Colorado to as far away as Vietnam and India,” says Law. 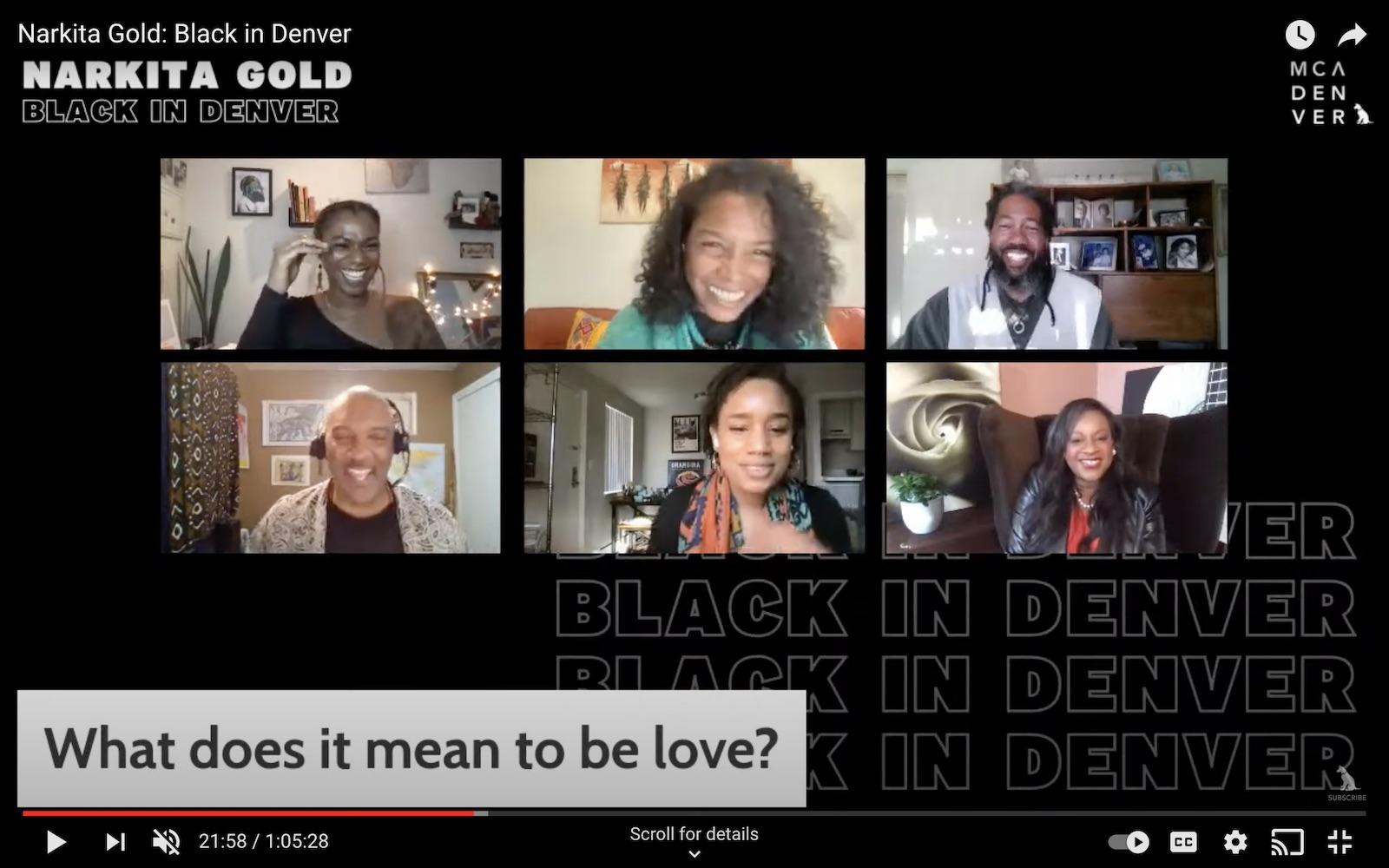 The virtual expansion broadens the horizons for MCA Denver. The museum’s future has been redefined and refined. “We’re able to advance our values to an even larger, wider audience,” says Abrams. “I’m so proud of what our team materialized in this year with no road map, no clear path, inventing and reinventing and adapting and readapting.”

Advancing MCA values and the museum’s aesthetic—summed up as “wonderfully weird”—in the wake of the horribly weird year of 2020 required some institutional soul-searching.

“Institutionally, the artists themselves often broke with convention, and we value and celebrate the role they play. We adhered to our values that keep us consistent with creative practice,” Abrams adds. “It was a chance to think about how to live in the world beyond the four walls of our building, to live more expansively, decentralized as a site, connected, prioritizing partnerships and communities we were not directly engaging with yet.”

Lockdown required leveling up. Abrams says, “It was a real growth opportunity, but also about a different approach—less about ‘come to us,’ and more about ‘how can we come to you and engage with you? How can we continue to connect with and attract people?’ We ask what culture really is in a very contemporary way and use it as a way to live more as a community partner. Not everybody can or wants to come to us, but that doesn’t mean we don’t want to go to them,” she explains.

The non-collecting museum has plenty of plans in the works to celebrate its silver anniversary.

“What makes MCA so special is not a walk-through of our exhibitions, however thoughtful and wonderful and engaging they are. Our other moments, including virtual moments, are more lighthearted and are now more accessible. We will continue to do both and be both,” Abrams said. “To pioneer, to be original and gutsy and powerful is what MCA Denver is all about.”