Aliza Nisenbaum's Portraiture of the Pandemic 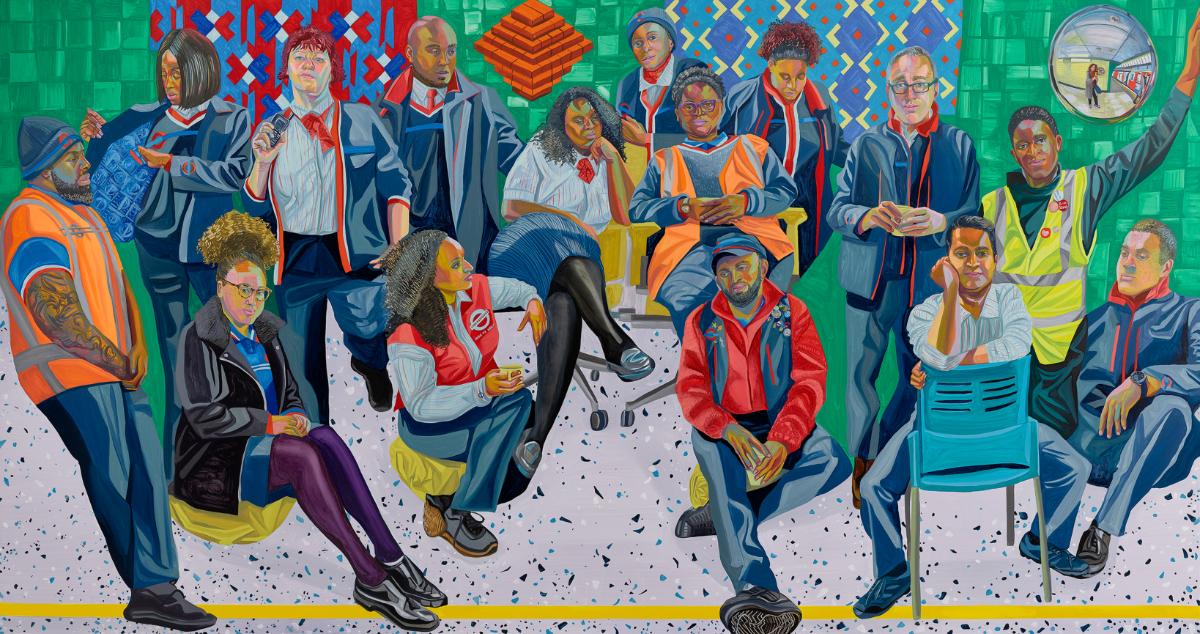 This winter Tate Liverpool presents the first institutional solo exhibition in Europe by NY-based artist Aliza Nisenbaum (b. 1977, Mexico). Bringing together new and existing work, the exhibition will run from December 15, 2020, to June 27, 2021. At its center will be a new commission of portraits of people from Liverpool who have been key workers during the COVID-19 crisis, consisting of two new large-scale group portraits and eleven individual portrait works on paper.

Influenced by the Mexican mural movement and its depiction of social history, Nisenbaum creates paintings that often focus on different members of a community and with the current global health crisis in mind will focus on NHS staff from Merseyside hospitals for her new commission.

The people depicted in the paintings sat for their portraits in August this year. They range from a student nurse who had planned to travel but instead opted to return to the front lines during the pandemic, along with many other medics in her family; a doctor who out of concern for the emotional aspects of care and the trauma experienced by medical professionals, set up a special story telling support group for his team; and a respiratory doctor returning home to a pregnant wife after every shift, and then to a new-born baby. Other sitters included a hospital porter, a chaplain and a professor of Outbreak Medicine who is a member of SAGE. The gallery has also engaged with a group from Alder Hey Children’s Hospital who have been using online reflective practices, focused on the mental health and well-being of medical teams working in traumatic situations. 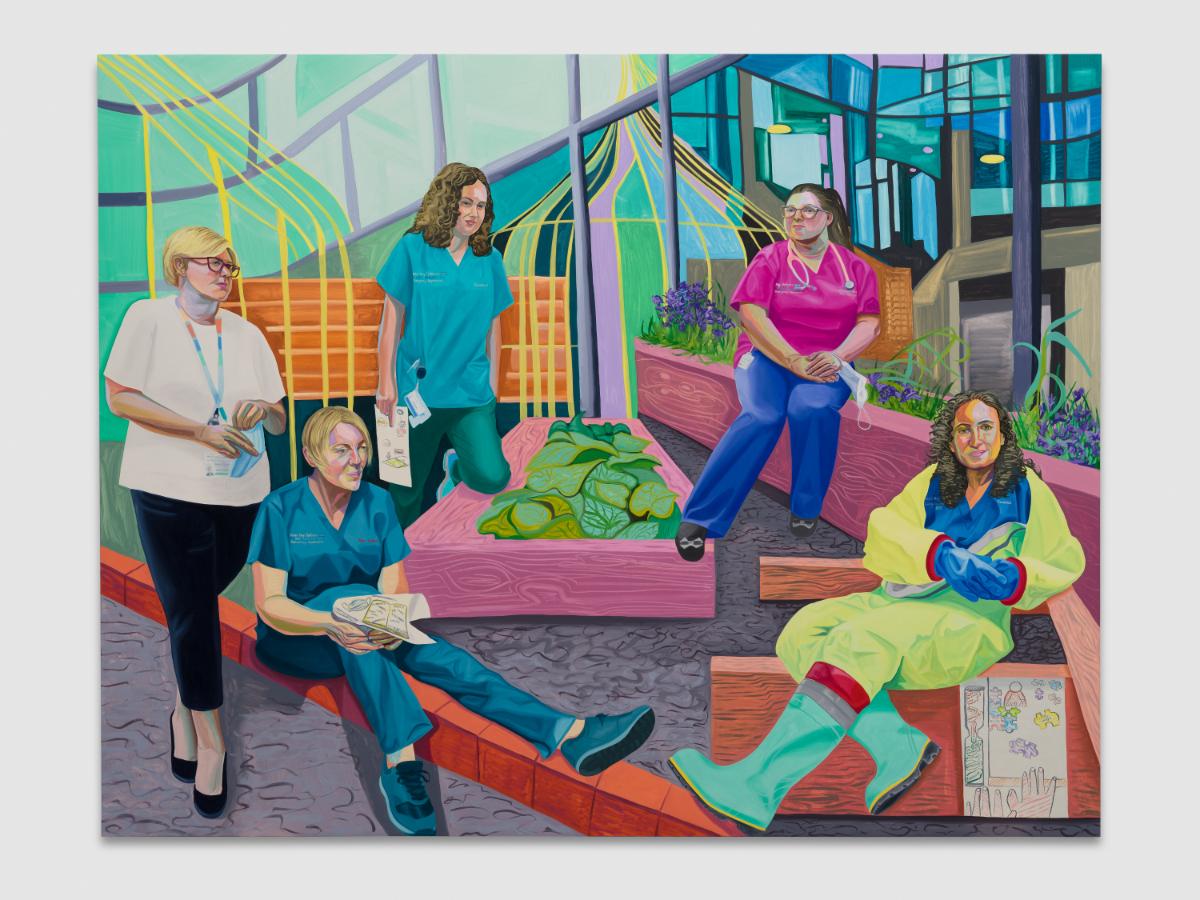 Nisenbaum has adapted her practice for these unique times, working with her sitters remotely, using video technology to develop a bond with her participants and paint them from real life. Her subjects are contextualized by elements from their immediate surroundings and the artist will portray the sitters alongside items that gave them support, hope or took a more meaningful purpose through this difficult time, such as pets or musical instruments.

Helen Legg, Director, Tate Liverpool, said: "Nisenbaum sees painting as a political practice and in choosing to paint people who have worked tirelessly in support of others, at a time of heightened physical risk and anxiety she not only celebrates them but also asks us to consider whether as a society we place sufficient value on the critical work that they do. Though Nisenbaum is best known for community portraits she always draws out each individual, spending hours talking to them throughout the process and incorporating aspects of their personality and interests within her paintings. In her paintings every individual is unique and is valued. We hope that this exhibition speaks of the enormous gratitude people in this city feel towards all keyworkers." 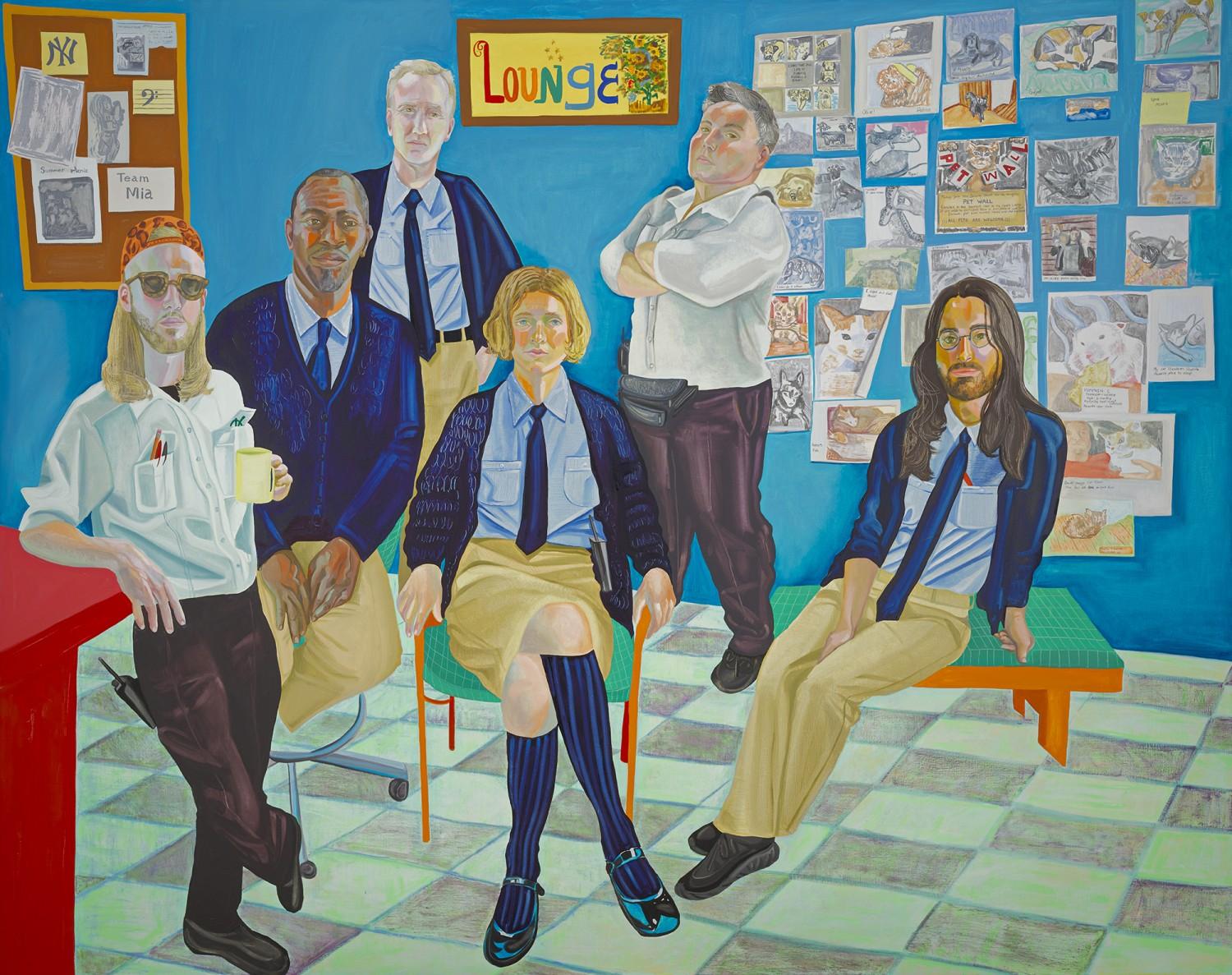 Aliza Nisenbaum added: "I’ve spoken online with 25 people who work in the healthcare sector in Liverpool. These conversations have provided a fascinating window into each person’s life as a key responder during the Covid pandemic. I have been deeply moved by these stories of service and selflessness, and of resilience through team work and humor. And I am very excited to create a tribute to each individual I’ve met through painting." 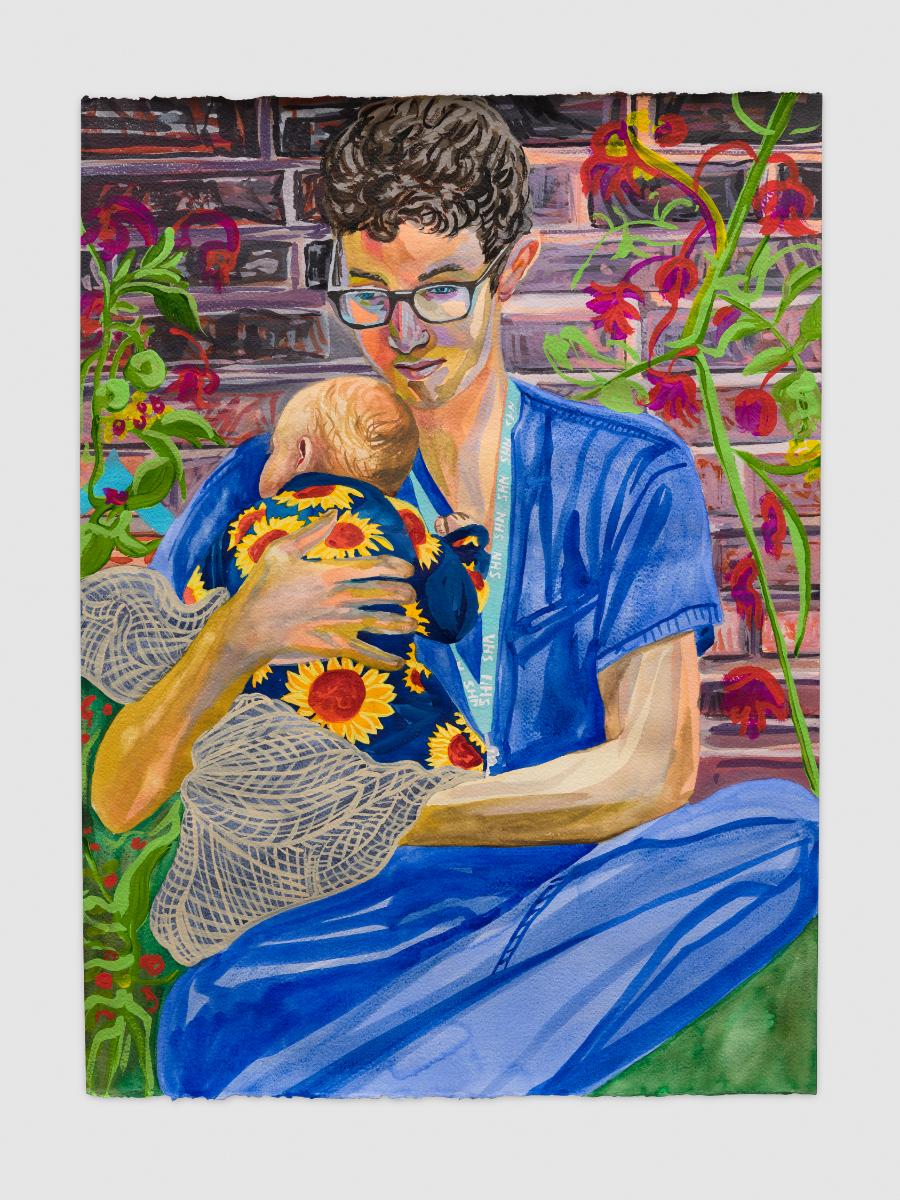 The new work will sit alongside paintings created over the last five years, including London Underground: Brixton Station and Victoria Line 2019, the artist’s largest composition to date, which formed part of Art on the Underground’s 2019 program. The exhibition will also feature three films that give an insight into Nisenbaum’s practice, documenting her residencies in Minneapolis and London, and a new film focusing on her commission for Tate Liverpool.

Nisenbaum started her career as an abstract painter but began painting people during a residency at fellow artist Tania Bruguera’s community space, Immigrant Movement International in Queens, New York. Teaching English through feminist art history and the politics of representation, Nisenbaum asked to paint her students outside of class to get to know them better. Believing that "paying attention can be a political act" Nisenbaum spends hours with her sitters, painting them from life while developing a personal connection through ongoing dialogue to enable her to highlight their individuality.

Nisenbaum gained recognition when her work was included in the Whitney Biennial in 2017. She has had solo exhibitions at The Minneapolis Institute of Arts, Minneapolis, MN (2017) and most recently at Anton Kern Gallery, New York (2019), last year she completed a commission for the Art on the Underground, London. Her work was presented in group exhibitions at the Museum of Contemporary Art, Los Angeles, the Phillips Collection, the Boston ICA, the Museo Rufino Tamayo, Mexico City and Palais de Tokyo, Paris, amongst others. Her work is held in the collections of the Whitney Museum of American Art, The Hirshhorn Museum, The Aishti Foundation, the University of Chicago Booth School of Business art collection, and the Irish Arts Council.