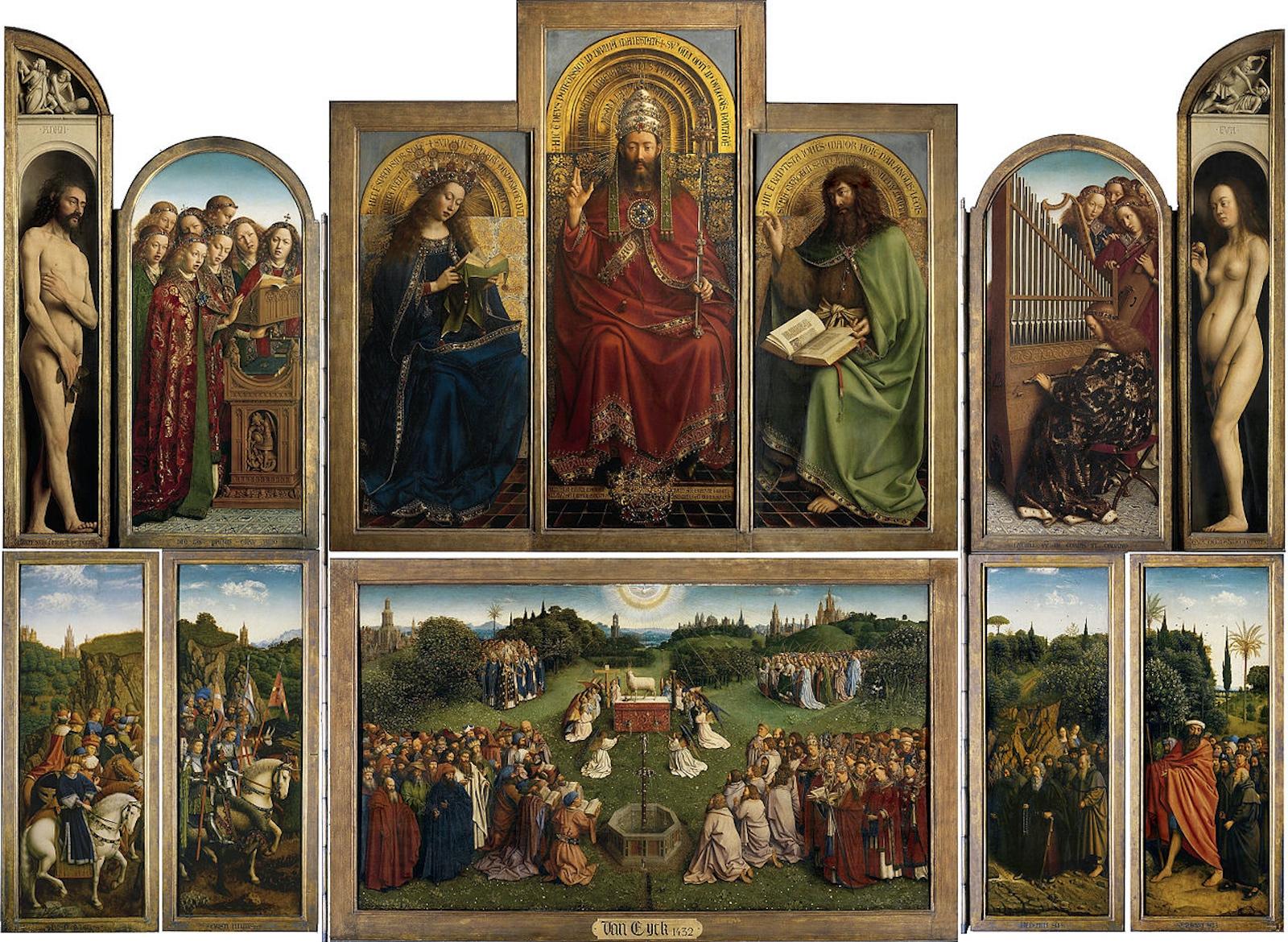 On Monday, March 29 the fully-assembled and restored Ghent Altarpiece finally opened to the public in its original, fifteenth-century home of St. Bavo’s Cathedral. The 589-year-old piece has an incredible history. It’s survived fires, more than a dozen thefts, botched cleanings, a stint in Austrian salt mines, disassembly, sale, and iconoclasm. That the twenty-panel altarpiece is finally reassembled and restored is quite the feat. Not to mention its reinstatement at St. Bavo’s was delayed when the COVID-19 pandemic halted necessary architectural upgrades and security-based renovations. 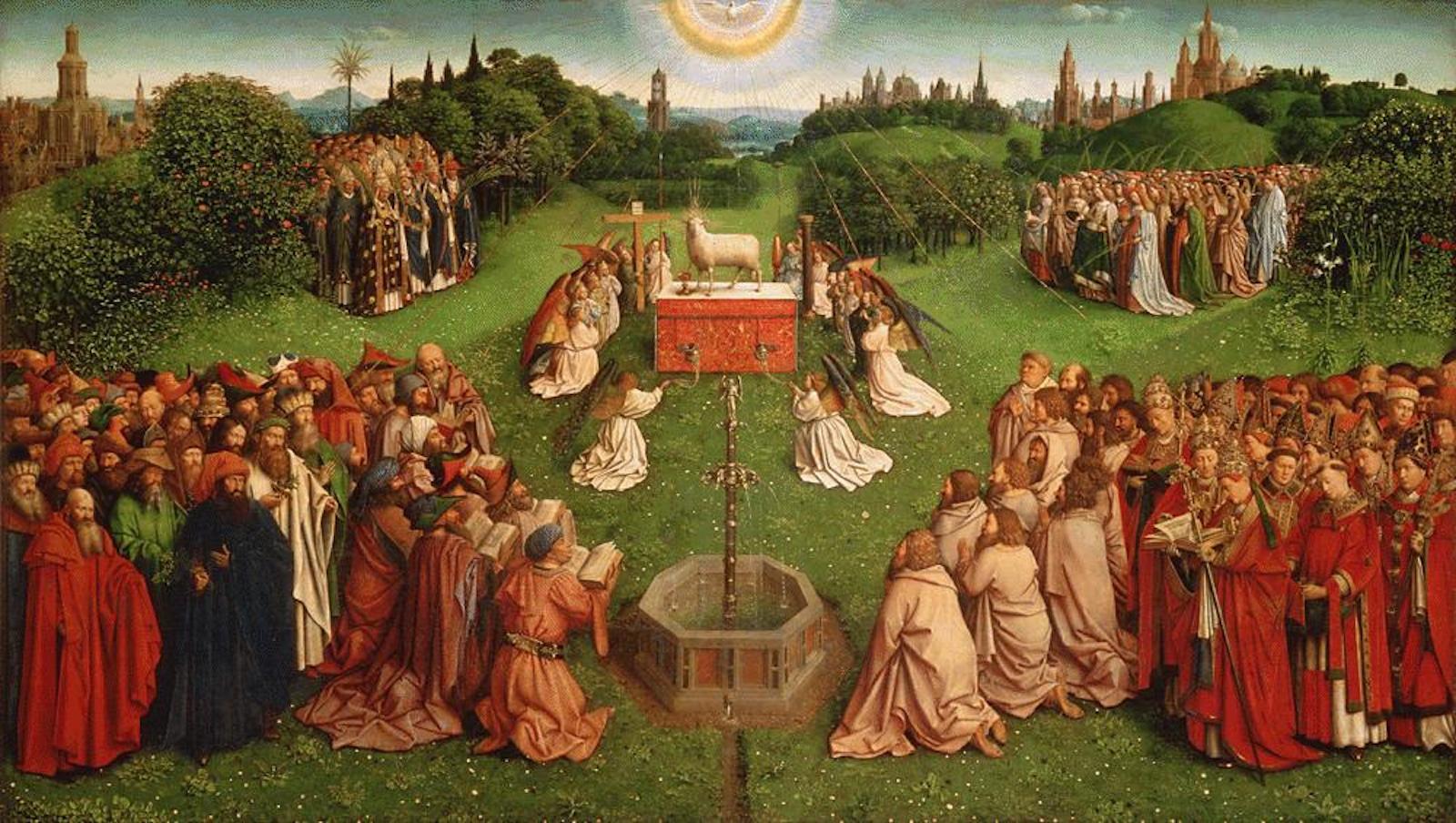 Created by Early Flemish painters and brothers Hubert and Jan van Eyck, the altarpiece has such a storied history that its restoration track alone is fascinating. The first was carried out in 1550 after a botched cleaning led to damage along the predella or frame base.

The next major restoration started in 1950 after the altarpiece was recovered from those Austrian salt mines, where it had been stashed for protection during World War II and, unfortunately, sustained significant damage.

This most recent series of restorations began in 2012 and were not completed until 2020. During the restoration process—which was conducted at the Museum of Fine Arts, Ghent by the Royal Institute for Cultural Heritage—panels were taken one at a time to receive work while the rest of the altarpiece remained on display at the cathedral. Museum visitors were able to watch the restoration process as it played out behind a glass screen. 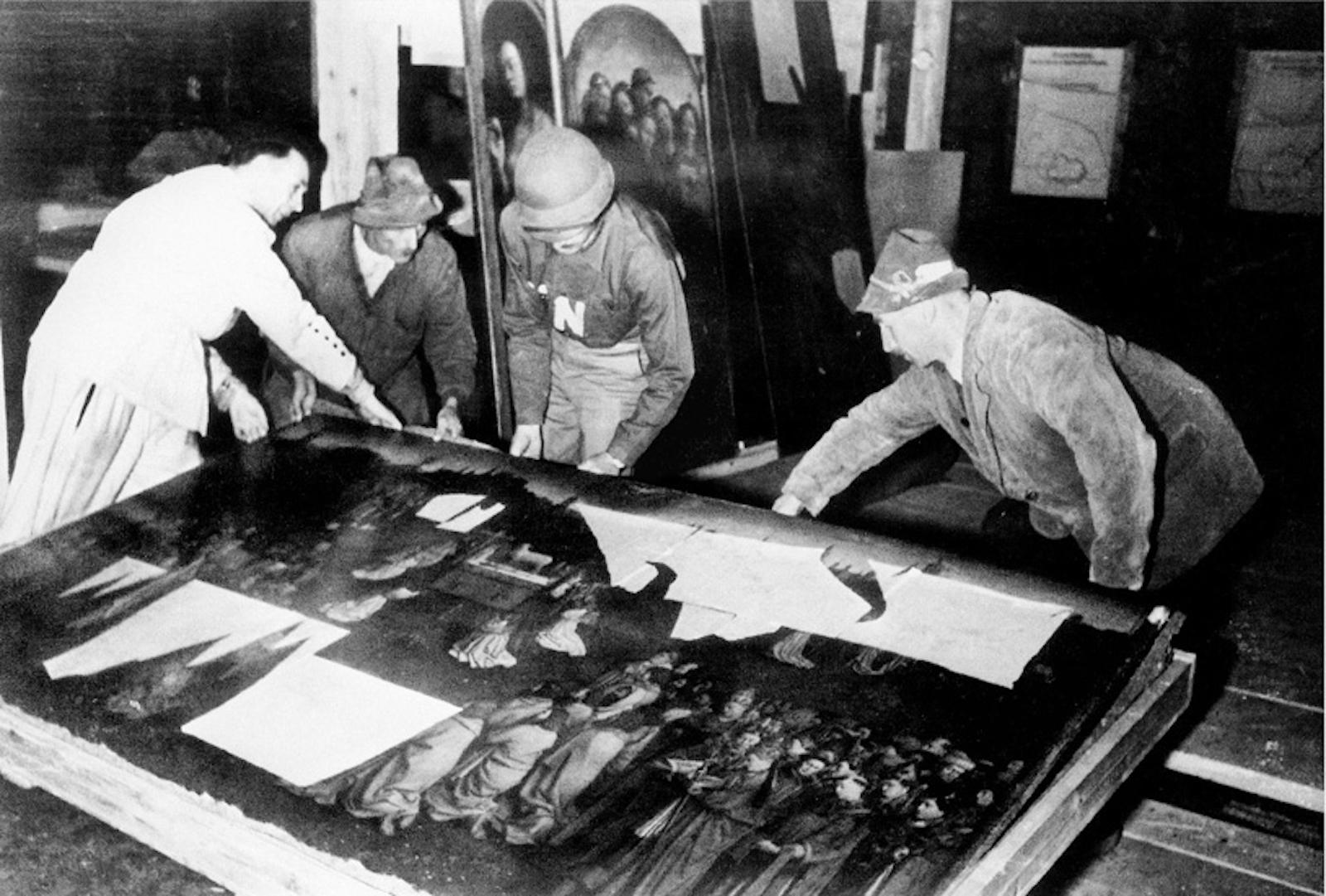 Early on in this restoration, new technology revealed that approximately seventy percent of the eight outer panels had been painted over in the sixteenth century. The last bit of restoration focused on five lower panels. One of these, which depicted the Lamb of God, went viral when individuals noticed and began to make memes of its original, strikingly humanoid features.

Though the Ghent Altarpiece was originally housed in St. Bavo’s Vijd Chapel—where it was returned after World War II—it was moved to the Cathedral’s Villa Chapel in 1986 to accommodate tourists. This is where the altarpiece still stands though it is now encased in a $35 million dollar, twenty-foot tall, climate-controlled, and bullet-proof glass display case.