Getty Museum Continues to Fight for its Famous Bronze 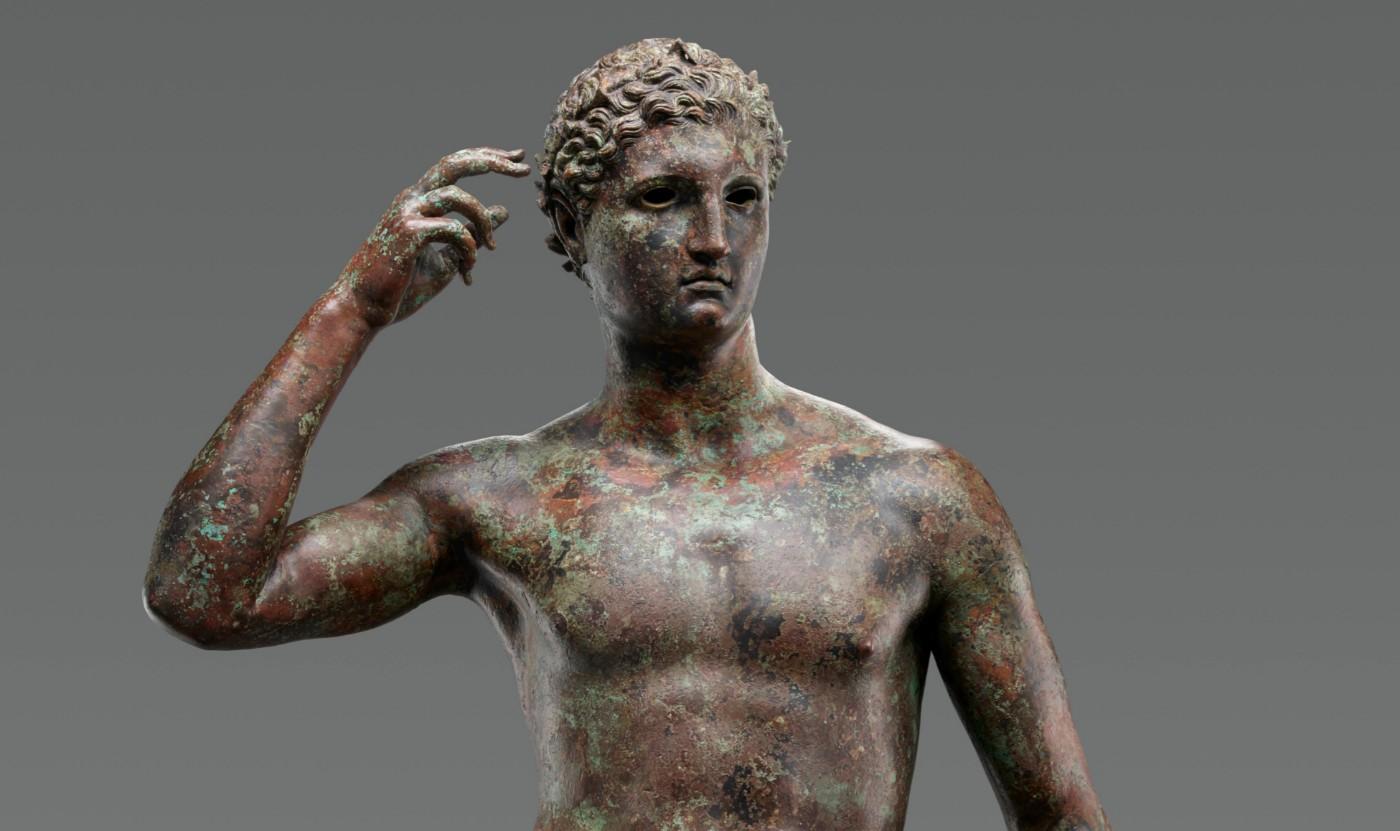 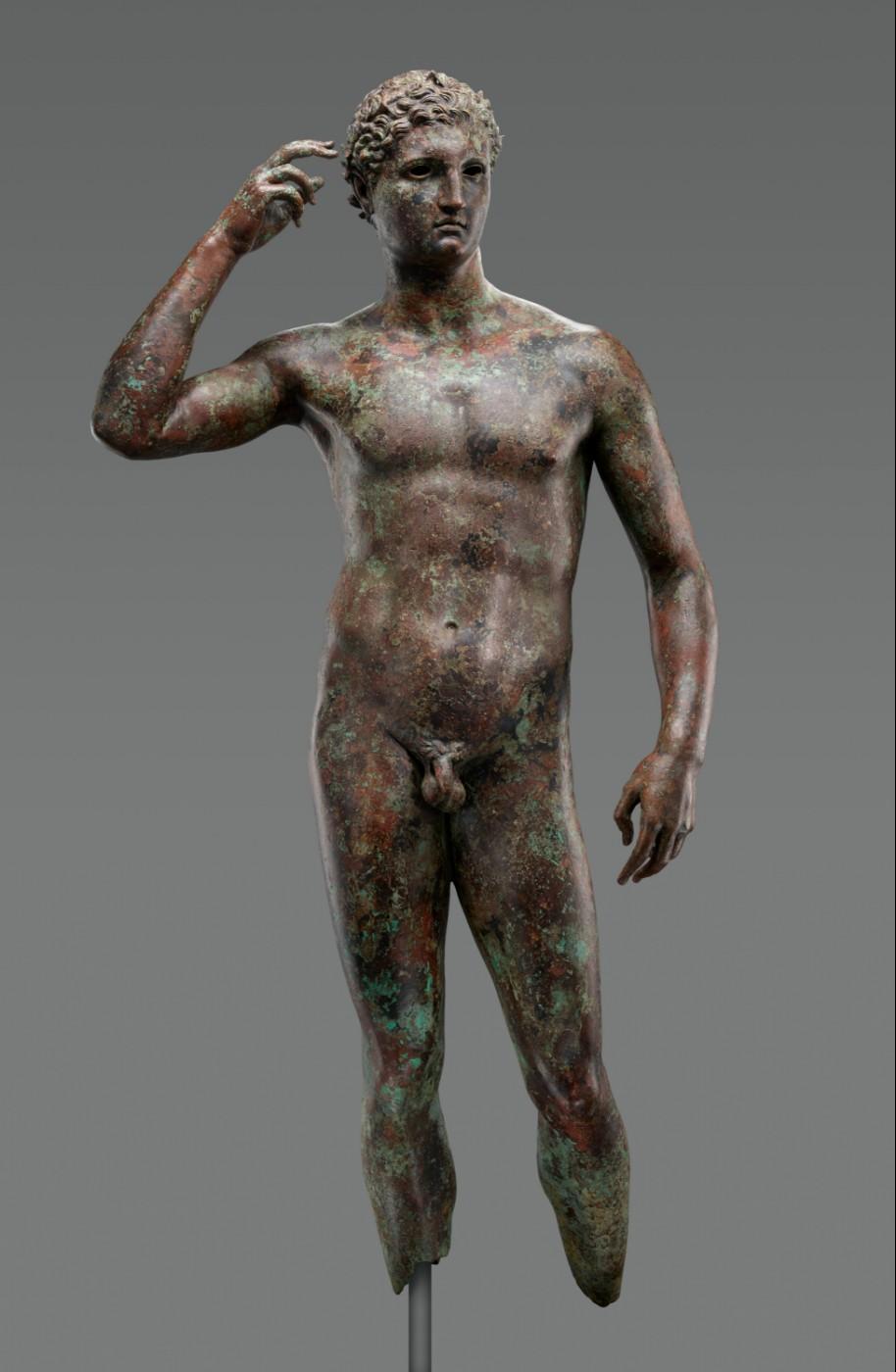 Statue of a Victorious Youth, one of the J. Paul Getty Museum’s prized possessions, is facing a new threat after 40 years at the Villa.

Earlier this week Italy’s supreme court, the Court of Cassation, ordered the Getty to return the bronze statue, dated to 300-100 B.C., claiming the object as belonging to Italy’s cultural heritage.

The work, which was discovered in international waters in 1964, was purchased by the museum for nearly $4 million in 1977. Created by the sculptor Lysippos, it is also known as The Getty Bronze, or the Athlete of Fano, so named for the Italian town near where it was discovered.

Italian fishermen hauled it aboard in their nets, encrusted in layers of barnacles and mineral deposits, and hastily sold it to local dealers, illegally flying under the radar of Italian authorities on cultural patrimony. Preserved by the sea for millennia, the statue is one of the few life-size Greek bronzes to have survived antiquity. A crucial example of the Greek mastery of the cast-bronze technique, the work is inlaid with copper and would have originally had stone or glass inlay details. 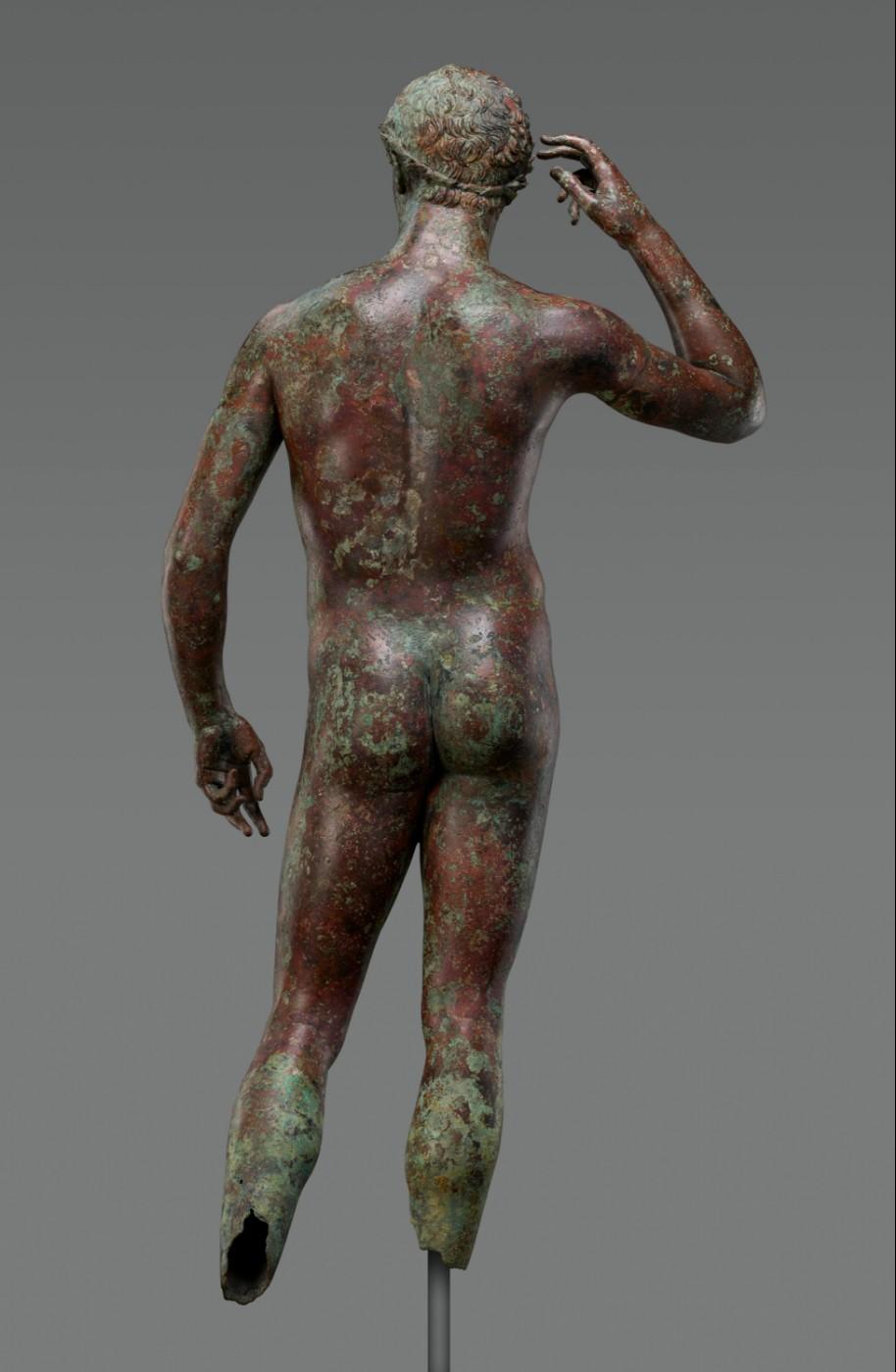 In a press statement defending their rightful ownership of the work, the Getty’s Vice President of Communications, Lisa Lapin, sites the fact that the statue is in fact Greek, and not Italian, and that in 1968 Italy’s highest court ruled that there was no evidence that the statue belonged to the Italian state.

“Accidental discovery by Italian citizens does not make the statue an Italian object. Found outside the territory of any modern state, and immersed in the sea for two millennia, the Bronze has only a fleeting and incidental connection with Italy,” the statement reads.

By the time of the Getty’s purchase of the statue in 1977, it had already traveled around the world and been the subject of much litigation as to who had the right to sell the work and to whom. In the intervening several decades, controversy and lawsuits have continued, and the bronze’s value has multiplied. 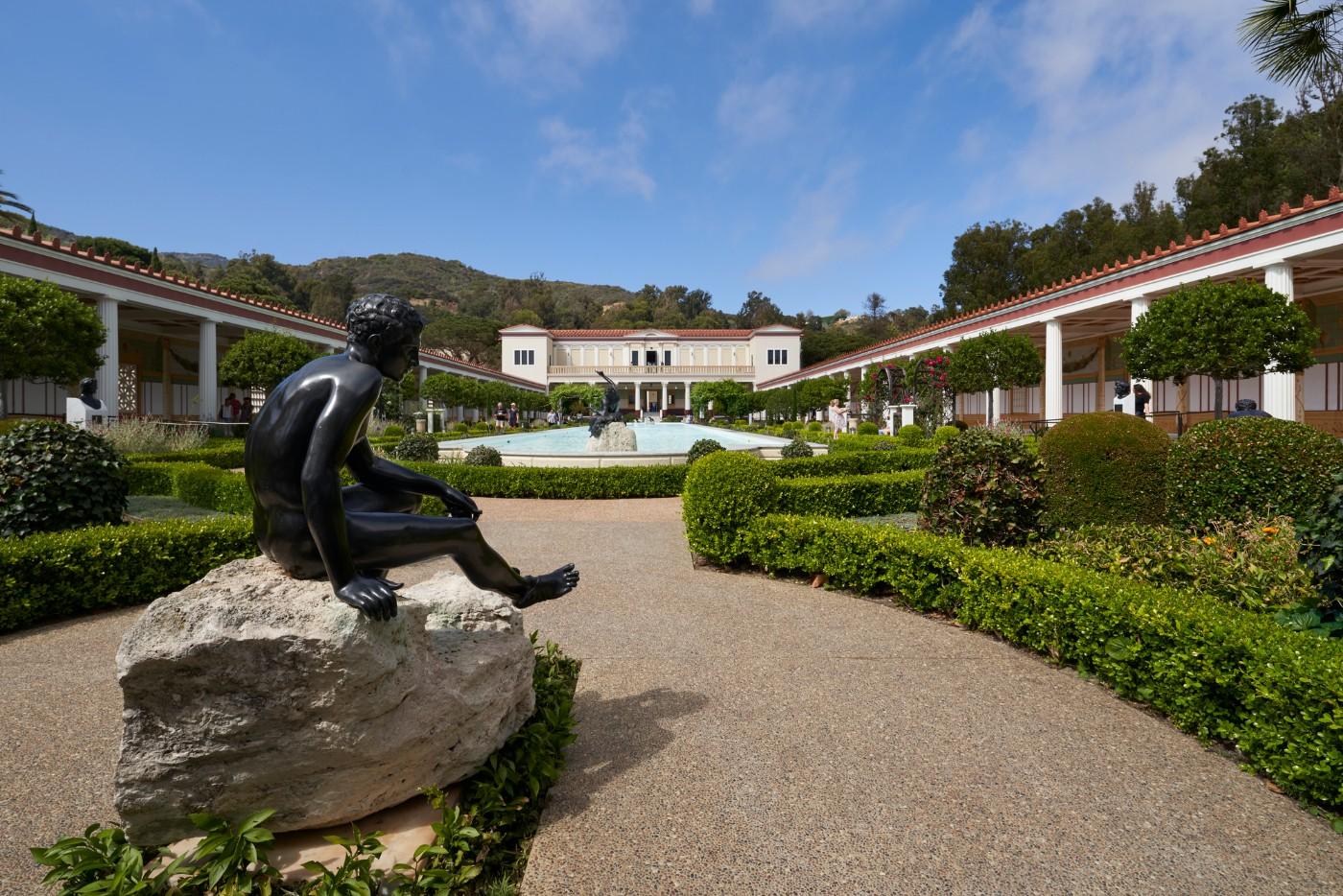 Outer Peristyle at the Getty Villa

The Getty, a world leader in conversation and scholarship, has no intention of sending the work back to Italy. Previously the Getty returned 40 objects of disputed Italian patrimony to the country and has funded over $20 million of research on Italian art through grants. This commitment to supporting the study of Italian art and their excellent stewardship of the object are further reasons the Getty is standing firmly in their belief that the bronze should stay put.