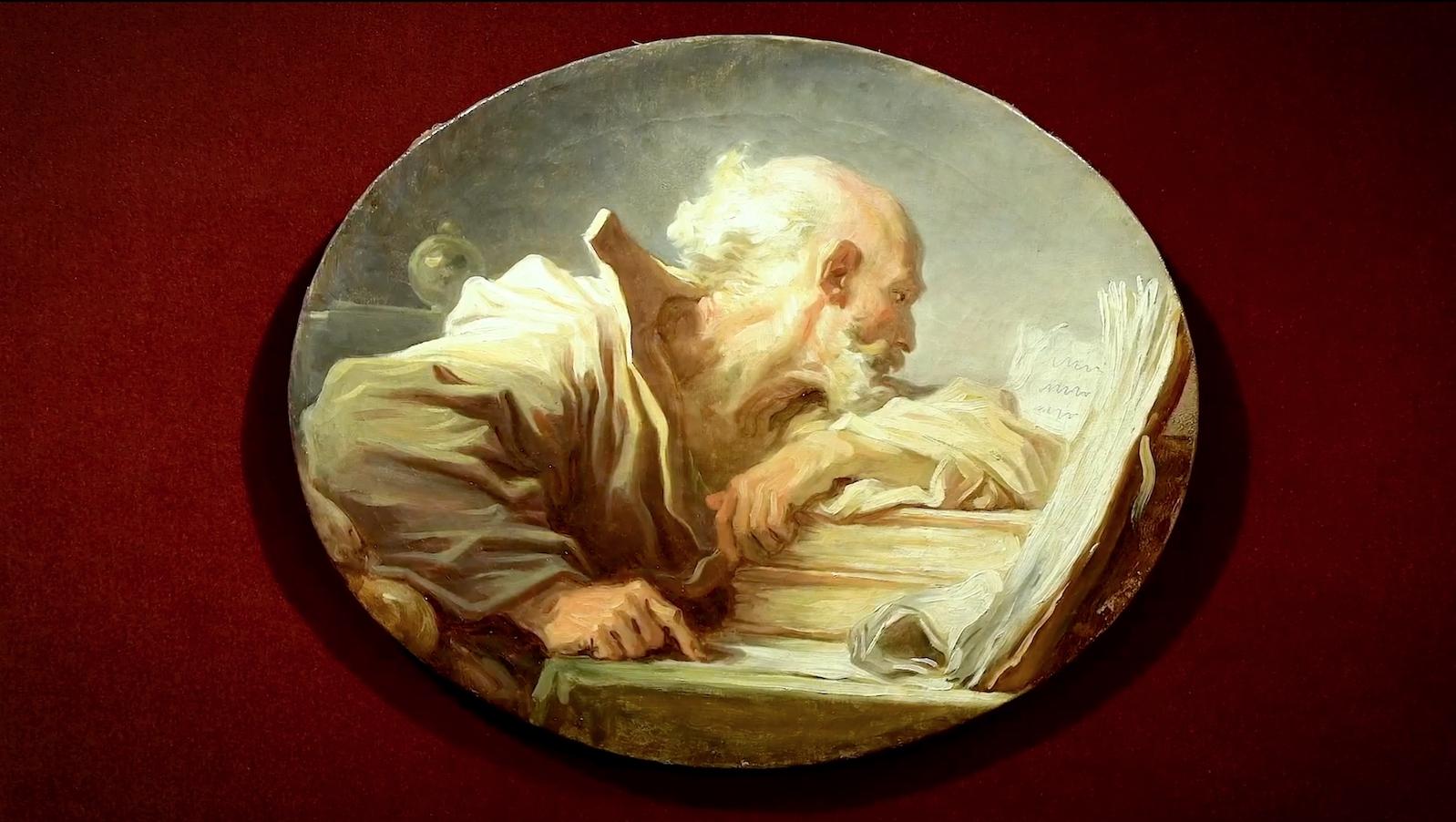 Auctioneer Antoine Petit spotted the painting—which, on June 26, 2021, sold for £6.6 million ($9.2 million)—during a standard estate inventory of a Parisian apartment, according to Agence France Presse. The Saturday auction of the painting, held by Encheres-Champagne, Epernay, tripled the highest estimated value of the artwork and demolished the understanding of its former owner, who’d presumed the family heirloom was rather worthless. 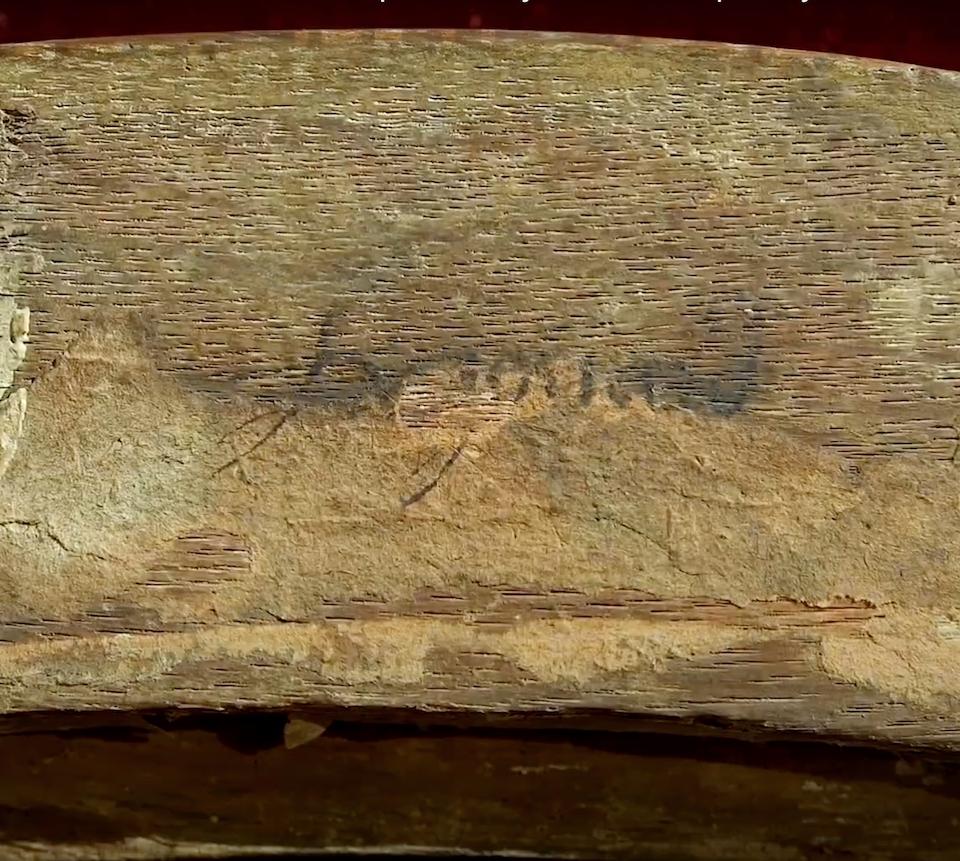 Hung high on a living room wall, the dusty, shabbily signed Philosopher Reading turned out to be a peculiar yet fascinating specimen of Jean-Honoré Fragonard’s body of work. Although the brushwork is characteristic of the eighteenth-century Rococo master, the subject matter is not.

The paint application evokes the artist’s quick yet scrupulous approach—a trademark perhaps best encapsulated by signs of direct laying of paint with fingertips in some sections. The content, however, falls in line with a limited segment of Fragonard’s career.

Further research revealed the last known owner of the painting was fellow artist Pierre Adolph Hall and that the work had been lost since an auction in 1796. Hall, a Swedish-French miniaturist, was a friend of Fragonard at one point and was likely gifted the artwork. 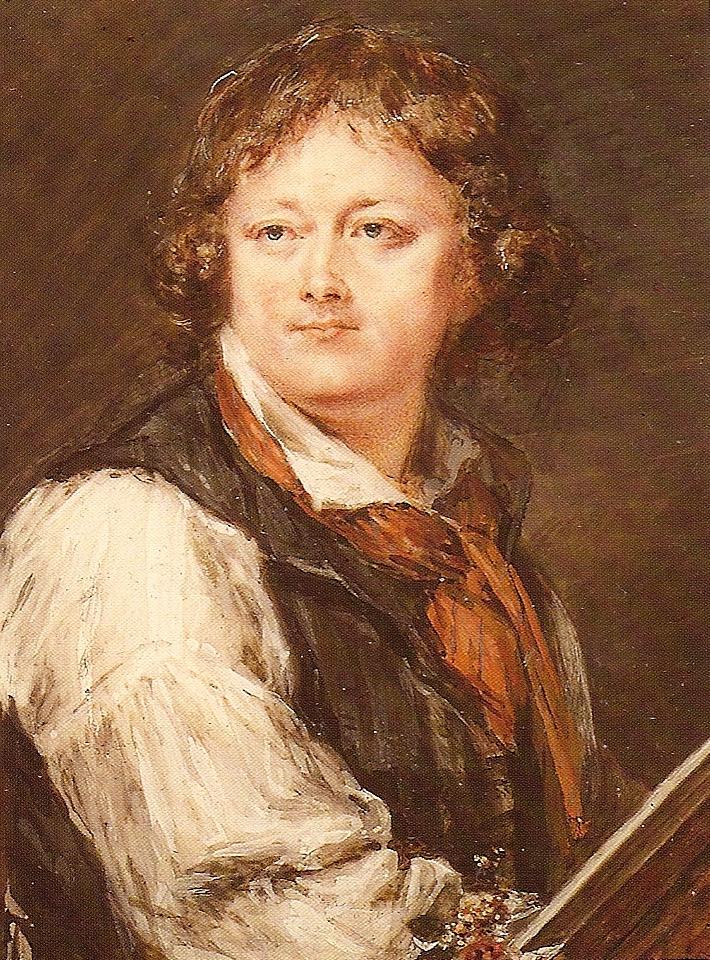 Though both artists experienced devastating loss and plummeting careers—which may help explain how the painting disappeared—towards the end of life, their social standings and political allegiances were quite different in the end. This all, of course, had everything to do with the French Revolution.

Hall, who was present at the Storming of the Bastille as a revolutionary officer, was exiled in 1791. He died in Belgium a couple of years later but, while he was still alive, his family’s possessions were likely seized by the state.

Fragonard, on the other hand, was so closely aligned with the bourgeoisie that he lost a great deal of patrons to the guillotine during the French Revolution. His work continued to experience a grave dip in popularity even in the following years as it seemed impossible to separate from the pre-Revolutionary period.

The artist attempted to continue working in Paris and even obtained a position with the Museum Commission thanks to his friendship with Neoclassical artist Jacques-Louis David. Unfortunately, he lost the post in 1797 and both his name and his work continued to fade into obscurity. Although he is now considered a masterful artist, his art did not come back into vogue until about fifty years after his death in 1806.

With this remarkable history in mind, it is less shocking that the artwork inspired a three-way bidding war between a London dealer and two private collectors. The auctioneers and house have declined to reveal the identity of the artwork’s new owner. But, whoever they may be, the individual now owns the third most expensive Fragonard to go under the hammer.