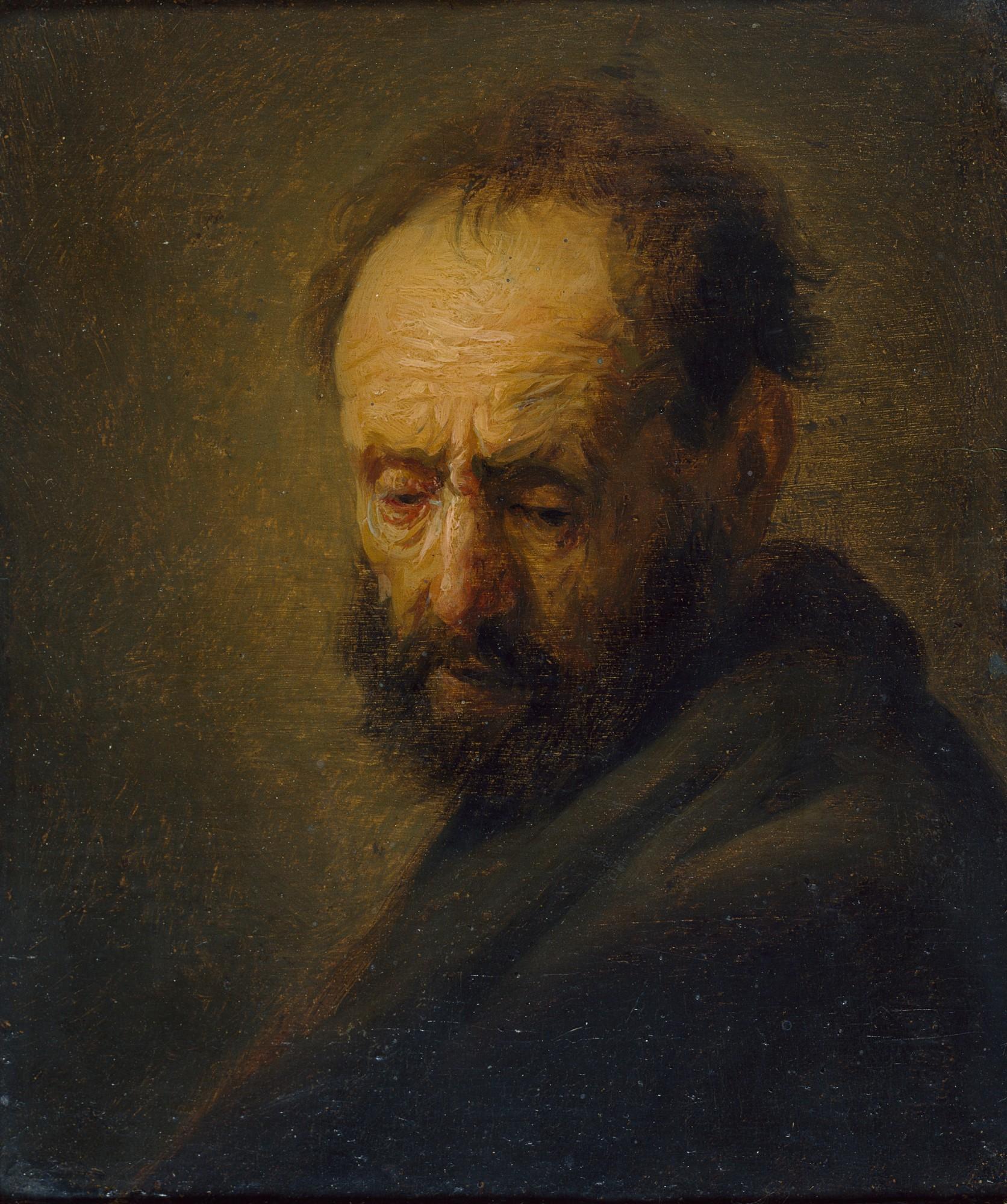 Curators at Oxford University’s Ashmolean Museum went the extra mile for their recent Young Rembrandt exhibition. On view through November 1, the exhibition shows the artist’s astounding development into one the greatest painters of all time. Through over thirty paintings and ninety drawings on loan to the museum, we can see Rembrandt (1606–69) find his own voice as his skills grow and his fame rises from the mid-1620s to the mid-1630s. 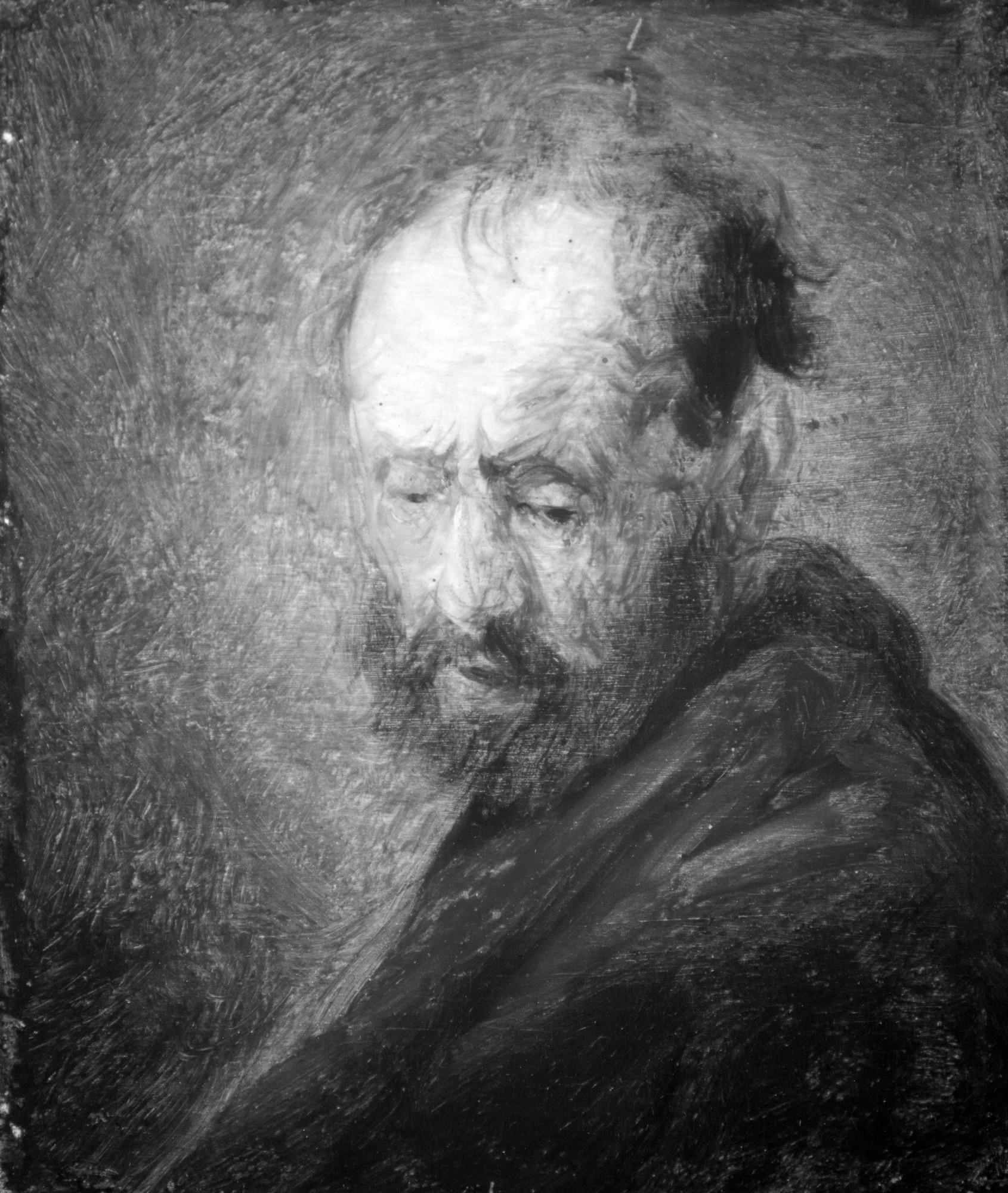 For the exhibition, Ashmolean curators decided to reexamine a neglected painting in the Ashmolean’s own storage. Though gifted to the museum as an original Rembrandt work in 1951, the Rembrandt Research Project had dismissed Head of a Bearded Man (c. 1630) as a mere copy of another lost work. Other, similar copies exist, including one held at the Museum of Fine Arts, Houston.

Measuring only 6 x 5 inches, the small work shows a balding older man, his body twisted, with his face downcast, looking troubled. On the back of the painting was a faded label from a 1777 Paris auction that reads, “A Head of an Old Man, painted by Rembrandt. Very (realistic/ true to nature?) colour; height, six pouces by five wide.” This detail was not enough to convince the Rembrandt Research Project, and it is the fact that the work is painted on wood panel that would prove to be the key to unlocking its history.

A label on the reverse of Head of Bearded Man from 1777.

For help researching the painting, the museum enlisted internationally renowned dendrochronologist Professor Peter Klein, an expert in dating tree growth and age based on its rings. After careful examination and comparison to other works, Klein established that the wood panel came from the very same tree that Rembrandt’s Andromeda Chained to the Rocks (c. 1630) and Jan Lievens’ Portrait of Rembrandt’s Mother (c. 1630) were painted on.

Klein explained in a statement that “Dendrochronology is a method for dating wooden objects by analyzing the growth rings of the tree and determining its felling date. The Ashmolean’s Head of a Bearded Man was painted on a panel which came from an oak tree in the Baltic region, felled between 1618 and 1628, and used in two known works by Rembrandt and Lievens. Allowing a minimum of two years for the seasoning of the wood, we can firmly date the portrait to 1620-30.” 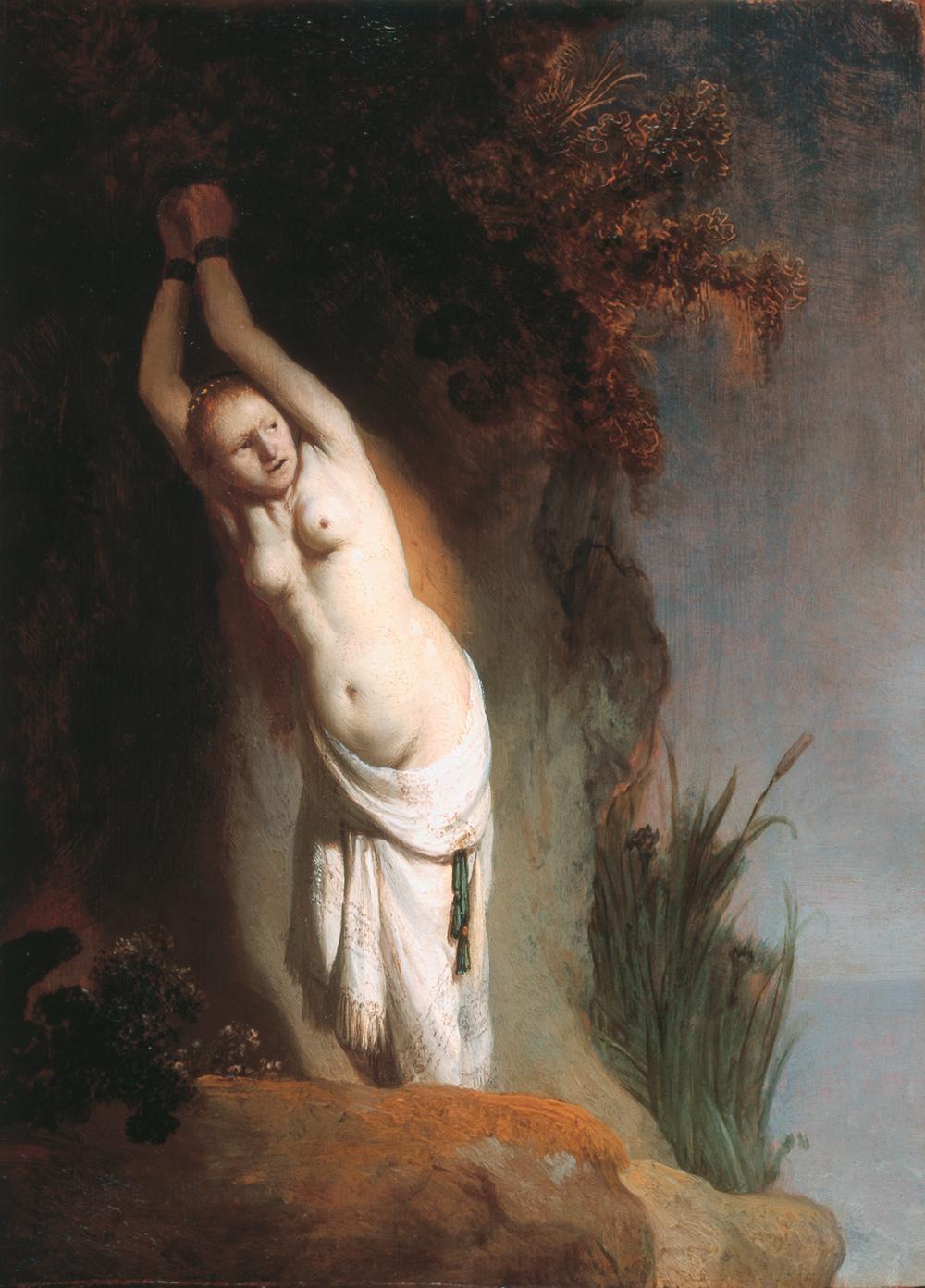 Further infrared analysis revealed that layers of discolored varnish, as well as touch-ups by an unknown hand, had obscured the original surface and overall quality of the painting. For now, the newly prized Head of a Bearded Man has taken its rightful place among the master’s other early works in Young Rembrandt. When the show closes in November, the painting will undergo further restoration to return it to its original state.