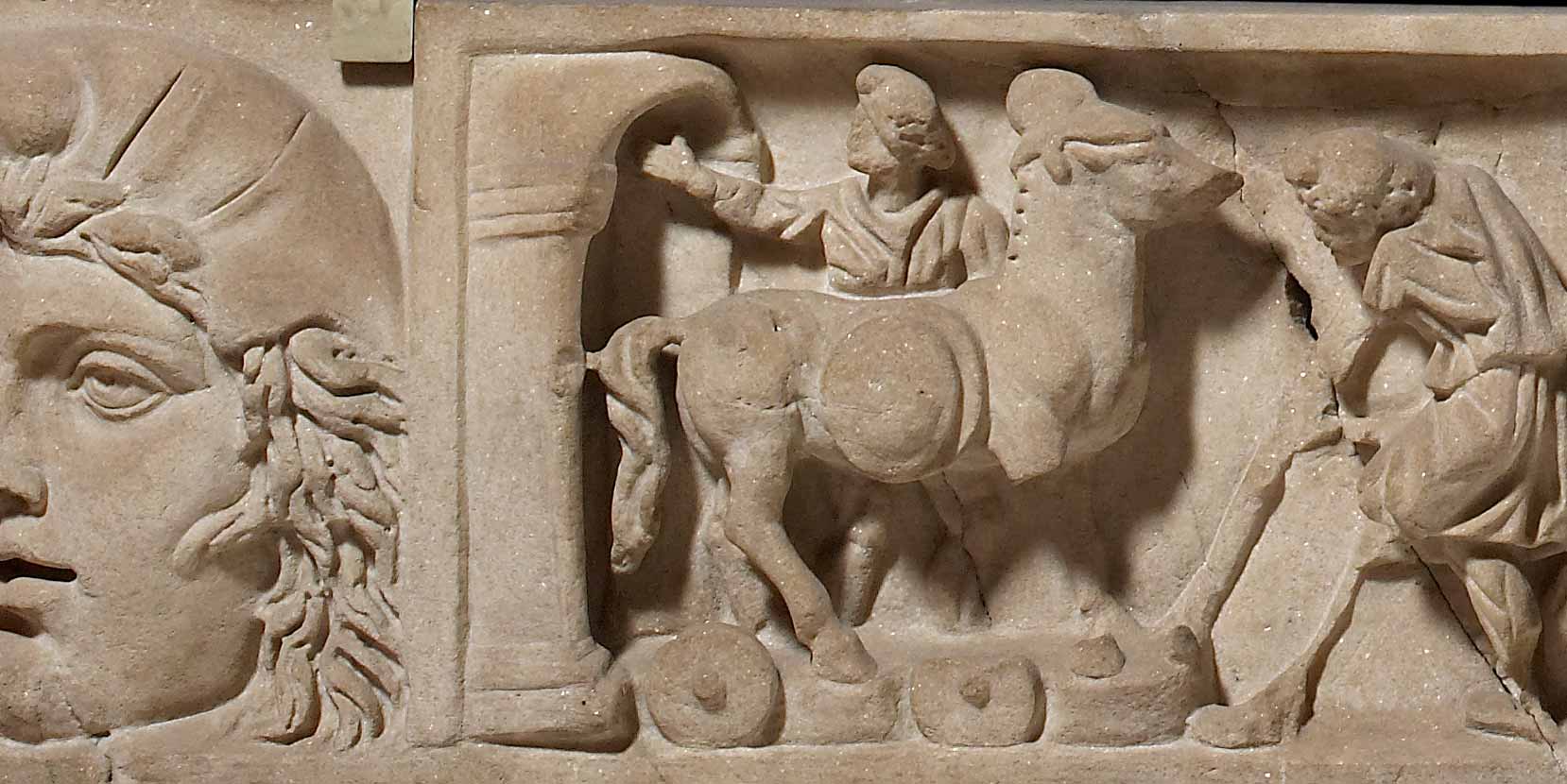 Photograph © Ashmolean Museum, University of Oxford
Roman sarcophagus lid, late 2nd century AD, marble, including detail of the Trojan horse.
A new exhibition at the British Museum explores how the epic has been reshaped and reinterpreted over three millennia.

A new exhibition at the British Museum explores how the epic has been reshaped and reinterpreted over three millennia. 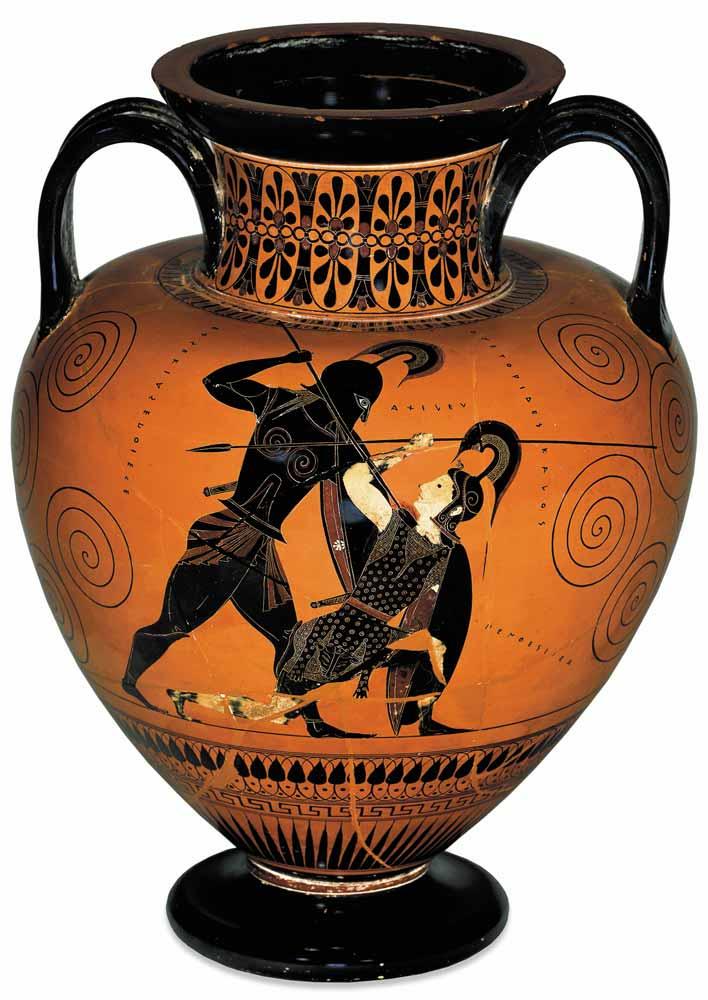 Episodes from the Trojan War and the ensuing adventures of its heroes were popular subjects for depiction on ancient Greek and Italian banqueting and funerary vessels.

The story of the Trojan War has been a source of fascination and historical revision since ancient times. “It is questionable whether we can have complete confidence in Homer’s figures, which, since he was a poet, were probably exaggerated.” So reasoned the Greek historian Thucydides, writing at the end of the 5th century BC, who downplayed the number of combatants who were said to have taken part in the Trojan War in order to demonstrate the unrivaled magnitude of the great war of his own day.

A generation earlier, the historian Herodotus had also questioned the account of the siege of Troy as told by Homer, the presumed author of the Iliad and Odyssey. Herodotus is inclined to accept an alternative version where Helen–the beautiful queen whose escape with, or abduction by, her lover Paris started the hostilities–never actually arrived in Troy. Instead, after her ship was blown off course, Helen landed in Egypt where she then sat out the ten-year war. Herodotus’ reasoning is that Helen could not have been in Troy because surely King Priam, Paris’ father, would have handed her back to the Greek expeditionary force once they laid siege to his city, rather than endanger his entire people over the actions of his son.

It is not simply that there are plot holes in the story of the Trojan War that necessitate such rationalizations–the legend itself and the history of its transmission encourages alternative versions. A new exhibition at the British Museum, Troy: Myth and Reality, explores how the epic has been retold and reinterpreted over three millennia.

Asked why the British Museum has chosen now to put on an exhibition about Troy, Alexandra Villing and Victoria Donnellan, two of the curators, reply “why not before?”–after all, it has been 140 years since the last major show on Troy in the United Kingdom. As they point out, the story has an enduring fascination due to its “compelling characters and universal themes of human experience,” through the subjects of “love, loss, and war it emphasizes the consequences of individuals’ actions and decisions.”

That the stories of the Trojan War can be given new relevance and meaning in different ages and contexts is evident throughout the show. In his vibrant 1970s collages, Romare Bearden transplants Odysseus’ adventures to landscapes that resemble Caribbean islands. On video, a performance of Queens of Syria is shown. Acted by women refugees of the ongoing conflict in Syria, the play adapts material from Euripides’ 415 BC tragedy Trojan Women, which explored the fate of civilians caught up in war. Indeed, the curators are keen to emphasize how the last few decades have seen an assertive repositioning of the role of women in the narrative of Troy. Emblematic of this is Eleanor Antin’s 2007 photographic print based on Rubens’ Judgement of Paris, with the figure of Helen–absent from the Old Master’s 1638 painting–now present. 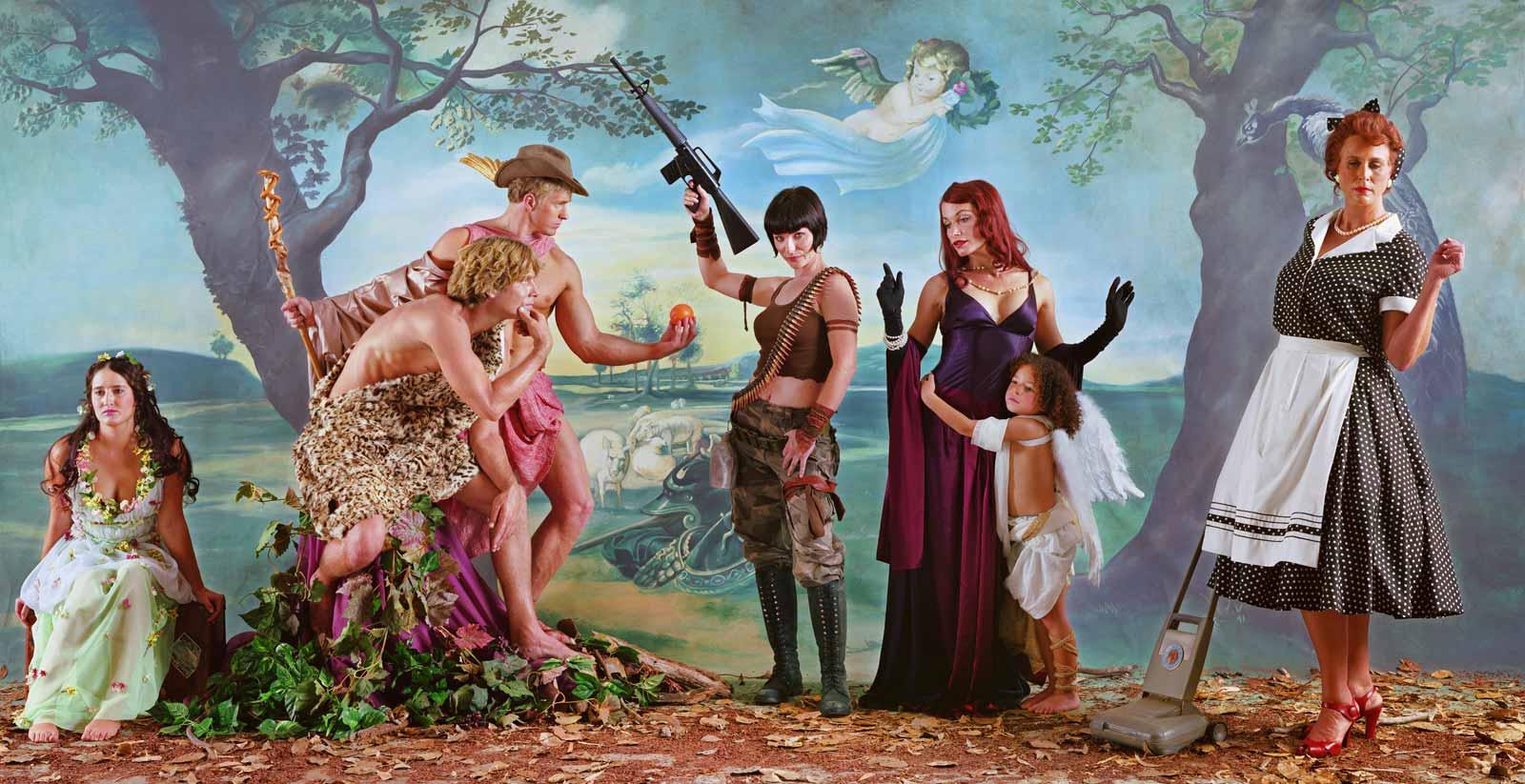 Eleanor Antin, Judgement of Paris (after Rubens), 2007, from "Helen's Odyssey".

Episodes from the Trojan War and the ensuing adventures of its heroes were popular subjects for depiction on ancient Greek and Italian banqueting and funerary vessels. One exceptional example shows the Greek warrior Achilles killing Penthesilea, queen of the Amazons, at the moment when their eyes lock and he falls in love; another illustrates Odysseus strapped to the mast of his ship, resisting the call of winged sirens above him. Images on vases not only visualize known tales and characters, but also portray stories not represented in the texts. They illustrate how the familiar accounts of the Iliad and Odyssey are only part of a greater Epic cycle, and that image just as much as the written or spoken word was a means of telling the story.

It is a Roman-era cup that Victoria Donnellan singles out as a favorite piece in the exhibition. Wrought in silver, the precious vessel shows King Priam imploring Achilles to return the body of his son Hector for burial. In this powerful scene, Achilles is “moved to pity and we see him becoming a human being again.” Yet it is also the fact that this cup was found in the grave of a chieftain in Denmark–far removed from the centers of the Greco-Roman world–that makes it such a remarkable object.

One of Alexandra Villing’s choice pieces is also a cup, which bears an inscription claiming to be the drinking vessel of Nestor, a principal character of the war. As the terracotta cup is relatively small and simple this reference is surely intended as a joke, for Nestor’s vessel is described by Homer as golden and almost too heavy to lift. Dated to approximately the end of the 8th century BC, the greater significance of the cup is that this is one of the earliest known examples of written Greek. Moreover, made in what is now Turkey and found on the island of Ischia just off the coast of Italy, it already shows the spread of the Trojan myth by Greek travelers across the Mediterranean at this early date. 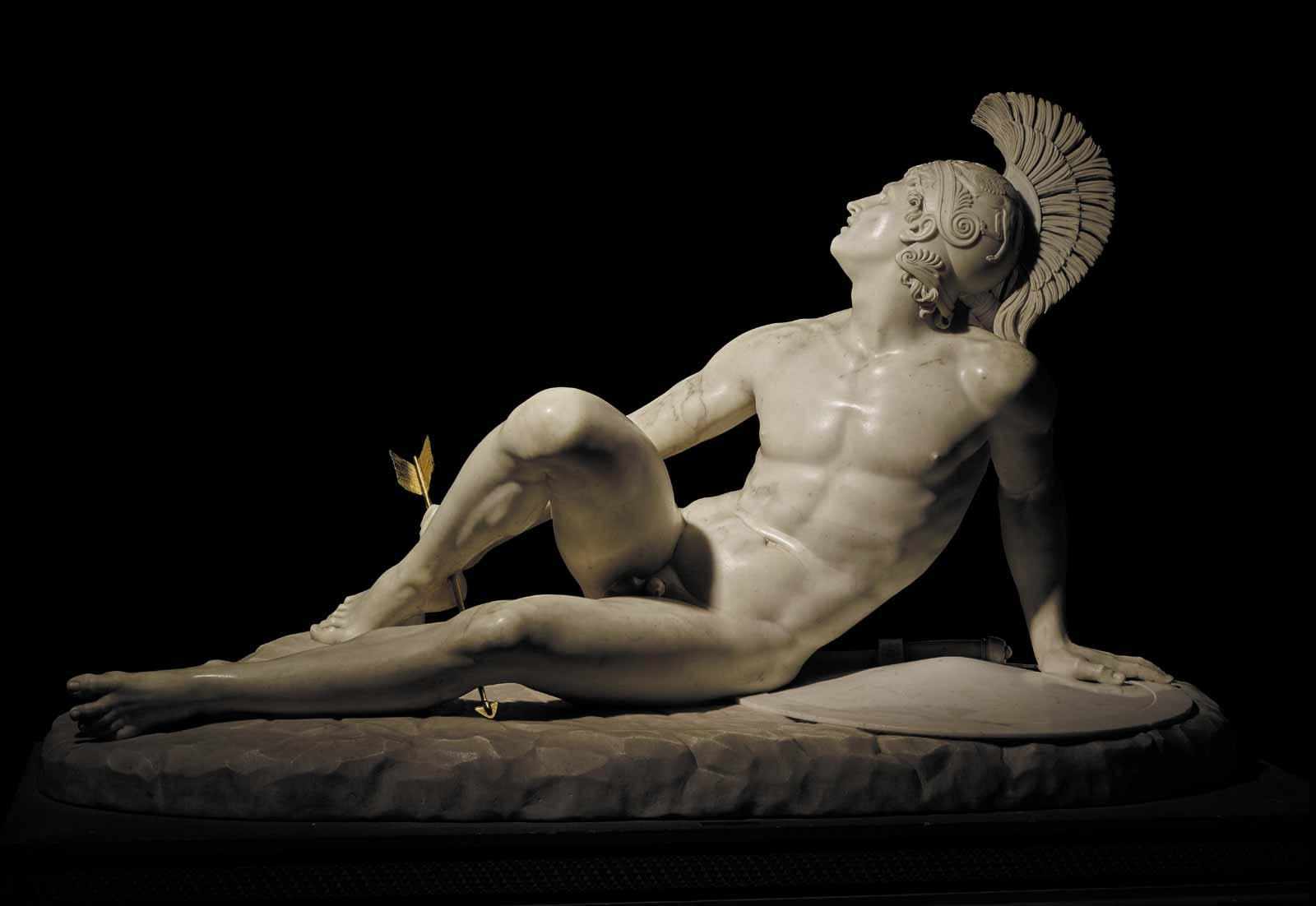 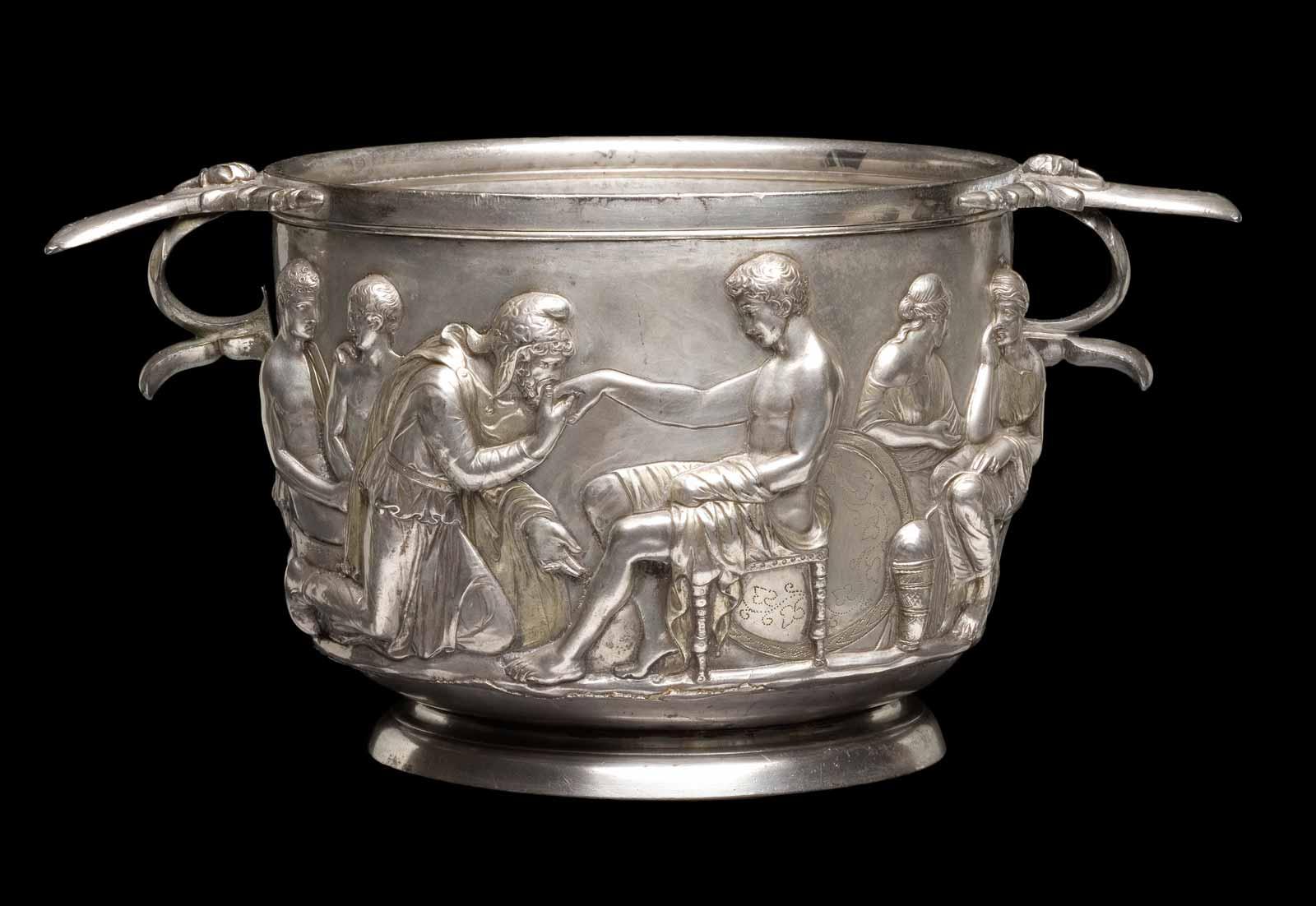 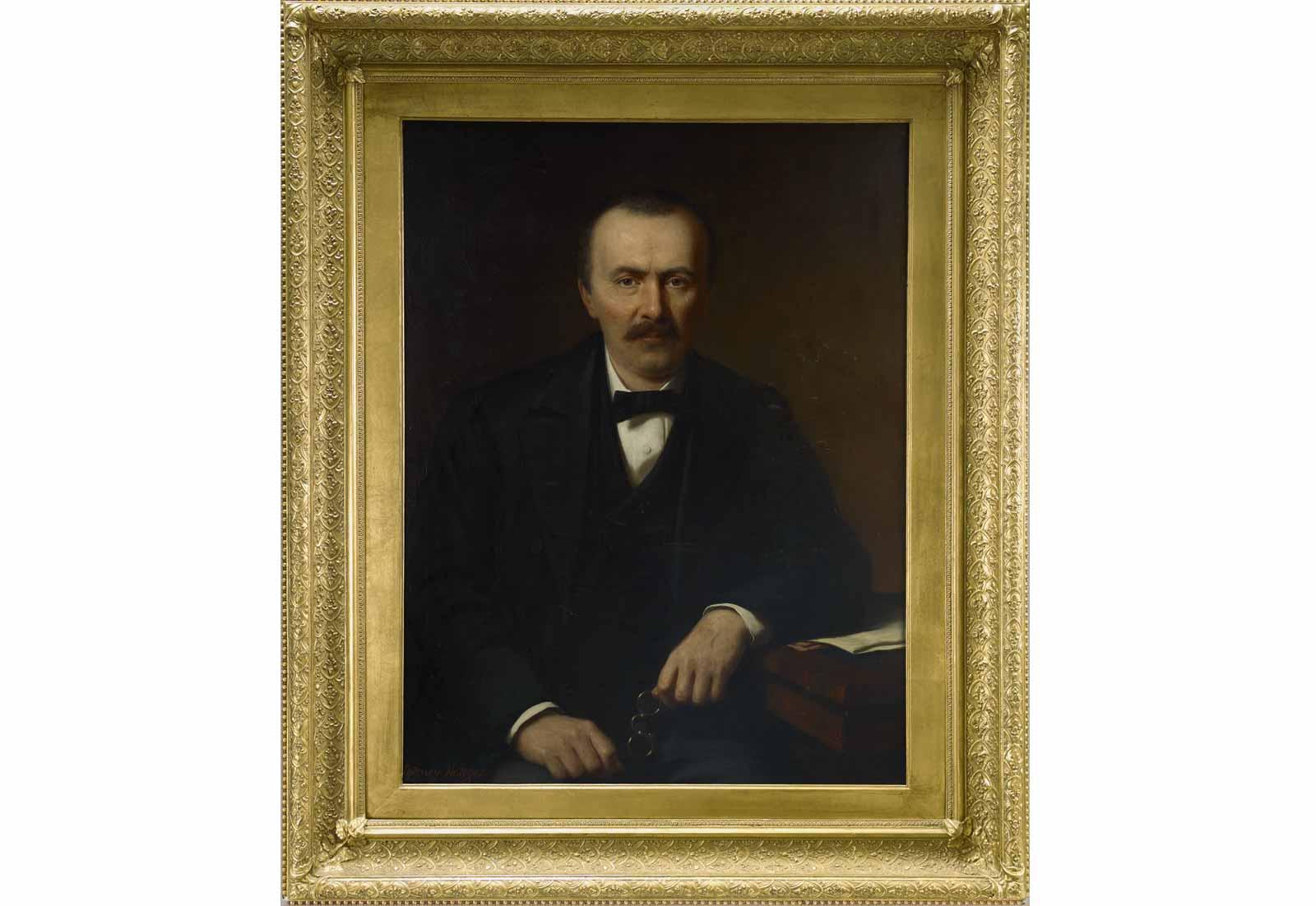 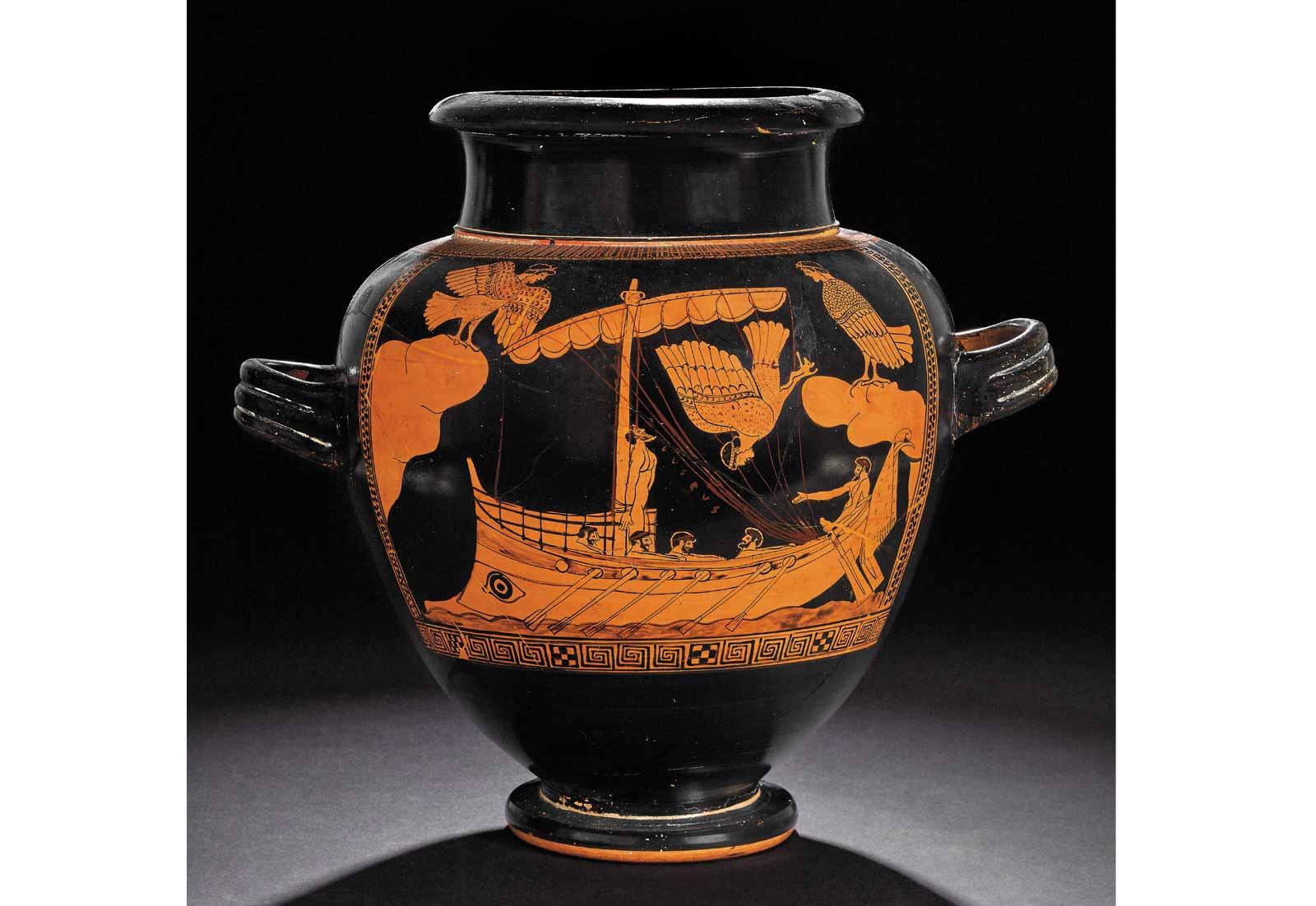 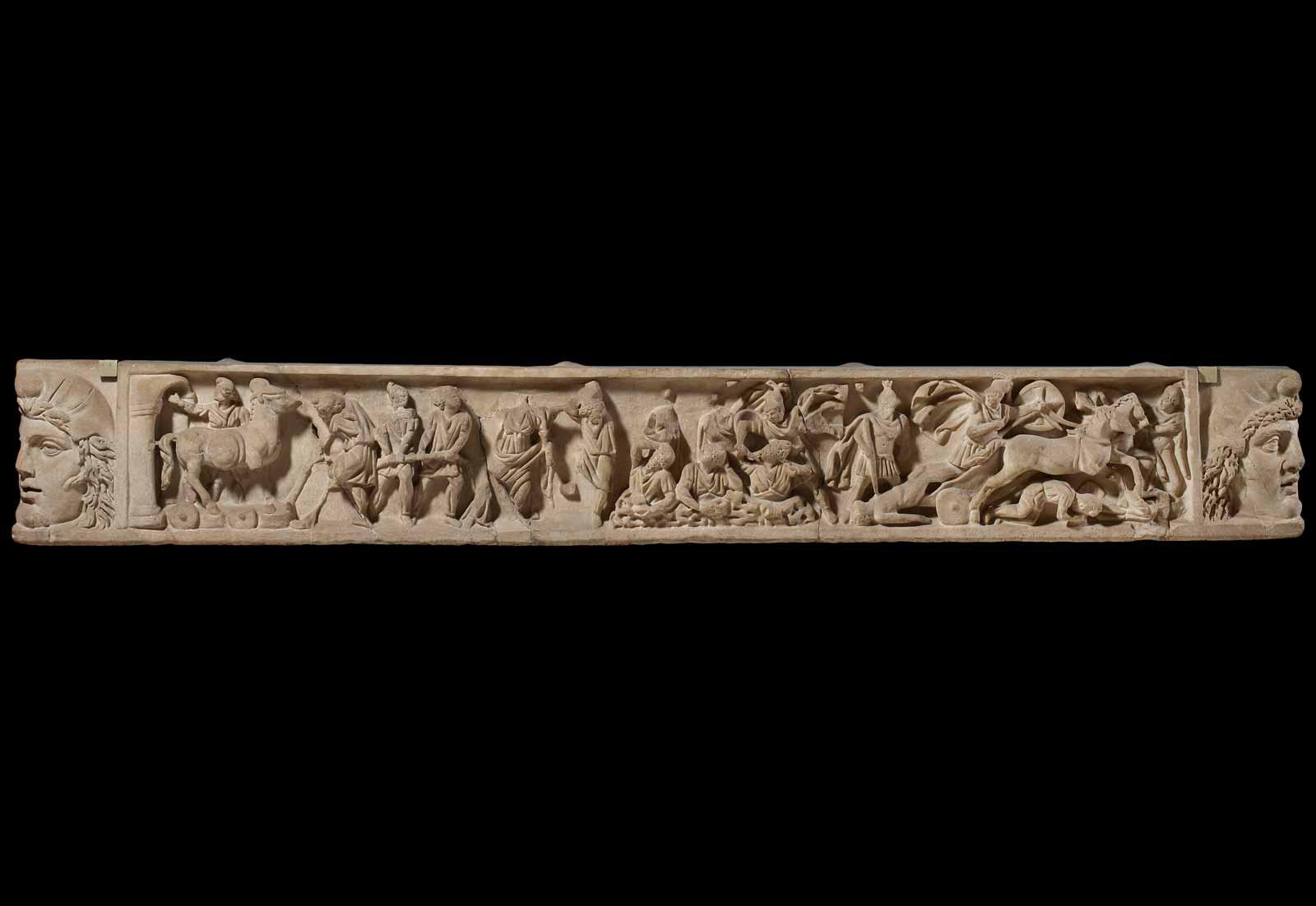 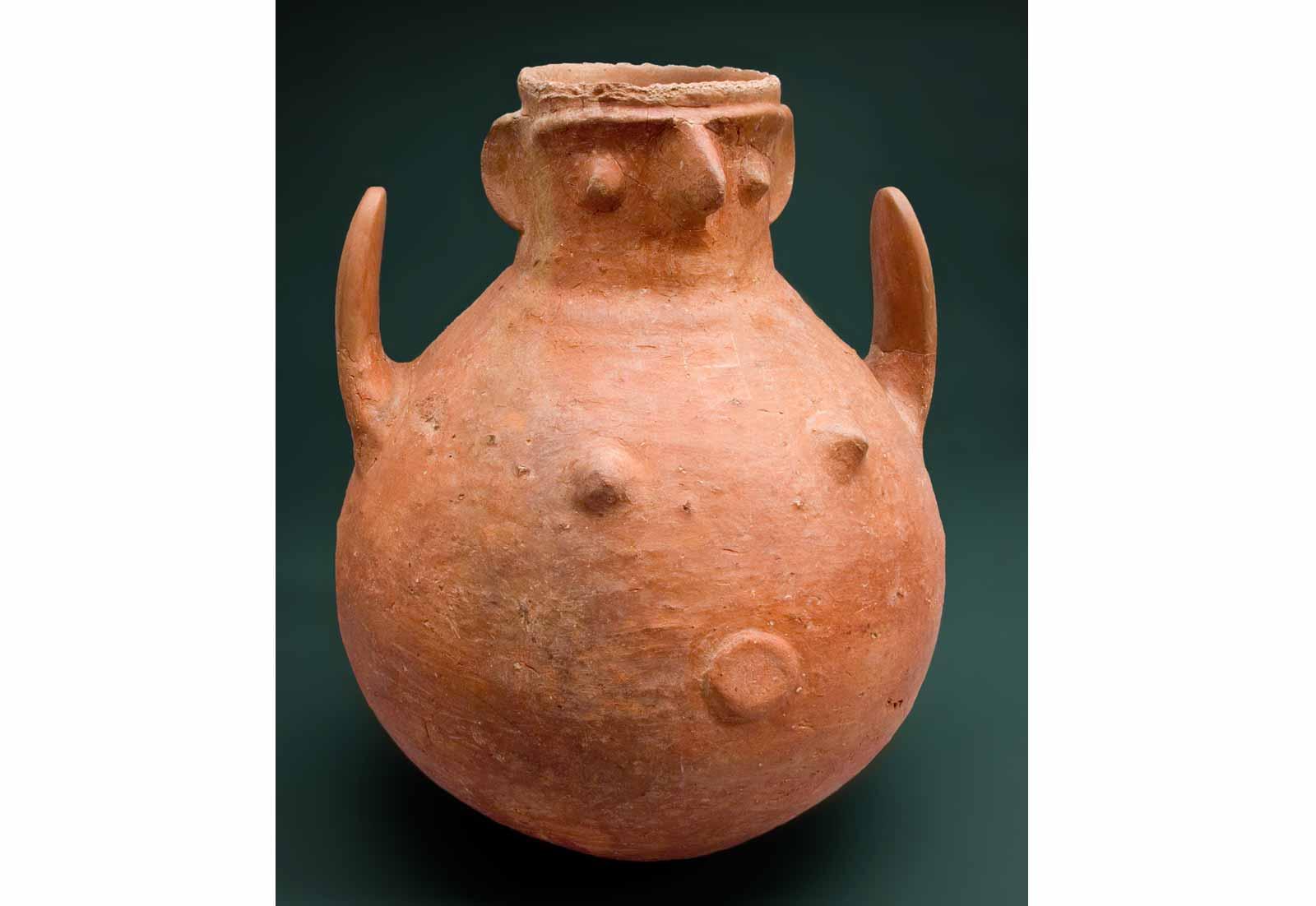 The famed Trojan Horse looms large over the legend of Troy and at the British Museum, where the exhibition is centered around the skeletal specter of a wooden horse. The ingenious (or devious) way in which Troy was captured is perhaps the most famous episode of the myth and in the show can be seen depicted on, among other objects, the lid of a Roman sarcophagus, a fresco from Pompeii, an illuminated Medieval manuscript, and a Renaissance painting. The exhibition design team have also installed a large wooden framed horse through which the visitors pass. Effective in its simplicity, the curators reveal a deeper level of meaning to the structure, noting that the horse’s deliberate resemblance to a ship’s keel recalls the materials imagined to have been at hand for the Greek besiegers.

Aside from the works of poets, artists, and craftsmen, much can be learned of Troy from archeology. Begun in the 19th century by Henrich Schliemann, work at the site of Hissarlik on the coast of Turkey has been fruitful and continues today. Schliemann was not the first person to connect this place with Troy, but his showman-like personality and relentless drive meant his name came to dominate the story of its discovery. Pioneering and controversial, the excavations employed highly destructive methods that tore through later Greek and Roman-era phases of the settlement in an effort to reach the city of Priam; yet Schliemann must also be credited with putting Troy quite literally on the map and for publicizing the possibilities of archaeological investigation as a means of historical inquiry.

On loan from the Museum für Vor- und Frühgeschichte Berlin are nearly 100 objects related to these excavations. The shelving structure of the display helpfully places the objects at different heights relative to the layers in which they were found, where it also becomes clear that those pieces which Schliemann believed to belong to Homer’s Troy, such as the terracotta ‘face pots’ which he erroneously connected to the ‘owl-eyed’ goddess Athena because of their apparently owl-like features, were from a much earlier phase of habitation. A century and a half after Schliemann’s excavations, whether this ancient city should be thought of as the Troy of the Iliad continues to generate debate–it is one thing to find a settlement approximately in the location described by Homer, it is quite another to say Helen was here.

Guided by his reading of Homer, Schliemann’s Troy can be seen as yet another reinterpretation of the story, and details about his excavations have acquired almost mythic qualities in themselves. The exhibition does not outright answer if there was a reality behind the legend of the Trojan War, rather, what it does excellently is to show how the tales have been made relevant to different times and places. The often-quoted phrase ‘meaning is realized at the point of reception’ seems particularly apt. Here we see numerous Trojan Wars as Greek potters, Roman sculptors, Renaissance painters, and contemporary artists retell and find meaning in the myth.

Troy: Myth and Reality is on view at the British Museum through March 8, 2020.