Restoration of 15th-century Painting Reveals Attempt to Save 600,000 Children 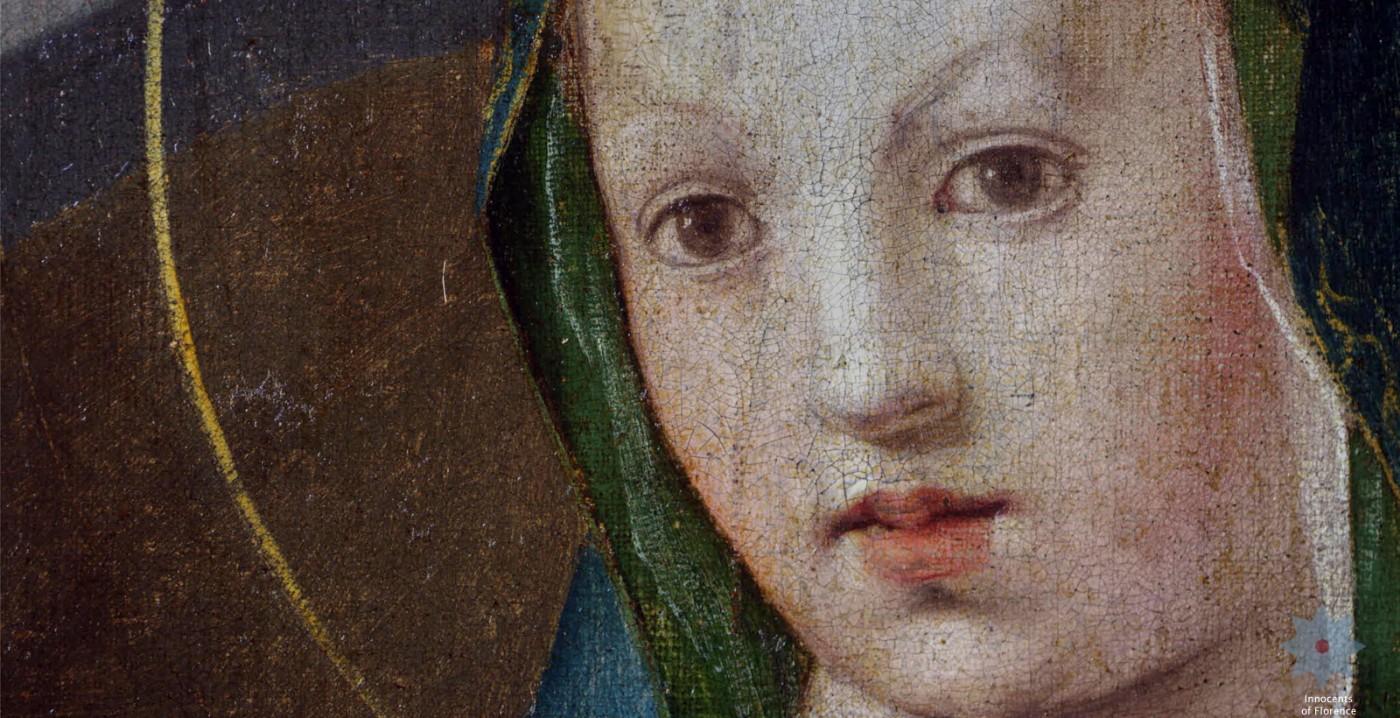 Mother of the Innocents (detail)

A 600-year-old painting leads two art conservators in Florence on a journey that sheds light on the story of the hundreds of thousands of children who were abandoned, and the women who saved them. The Innocents of Florence, the new documentary by Italian Canadian filmmaker Davide Battistella, has its Cinema Premiere in Florence on MAY 17, 2019 at Cinema La Compagnia, followed by 6 days of further screenings.

A restored painting with a story to tell

Modern-day Florence attracts more conservators than artists. Since the Arno’s tragic flooding in 1966–when Florentine women first began wearing trousers in public–it has steadily grown to be a women-dominated profession. The Innocents of Florence follow two conservators, Nicoletta Fontani and Elizabeth Wicks, as they set out to salvage the mysterious painting Madonna of the Innocents, a restoration sponsored by Dr. Jane Fortune, known in Florence as ‘Indiana Jane’ for her work as founder of the organization Advancing Women Artists. The restoration of the painting, created as the banner for the Innocenti Institute in 1446, triggered numerous discoveries. It became the catalyst for this 90-minute feature-length documentary that explores art, motherhood, Florentine humanism and how a progressive-thinking Renaissance society created one of the first Children’s hospitals in the world.

The Innocenti offered life; death was the alternative

“As early as 1421, the Innocenti Institute would anonymously take in abandoned children, most of whom were girls. Some of these babies were born out of wedlock, or, they were the result of wealthy men impregnating servants so they could become wet nurses for their own children. Then abandoned, they were left at the Institute, where the child was named, given Florentine citizenship and baptized,” explains Battistella. “Even if they did not survive, this would ‘save their souls’ because, according to the Renaissance thinking, unbaptized babies ended up in Limbo. Elsewhere in Italy, abandoned children were surnamed ‘Foundlings’ or worse, ‘Bastardini’ (little bastards). In Florence, they were called Innocenti, ‘Innocents’ and deserved a chance at life.”

Resident Filmmaker Davide Battistella will be present at the premiere screening. Battistella has made Florence his home since arriving from Canada in 2011, has made several films set in Florence covering subjects of daily work, faith, art history, and photography, as well as the work of Florentine artisans and contemporary artists.

In the words of the conservator

“Every conservation project is a journey of discovery. It is like peeling back the layers of history,” explains Elizabeth Wicks. “We had no idea when we began restoring Madonna of the Innocents of just how much mystery we would find behind that face, and how many discoveries we would make along the way. Paintings are not always what they seem on the surface. Only the restoration process, with its accompanying research and technical study, can provide us with the clues to really understand the image, even though, sometimes, the process raises more questions than it answers.”