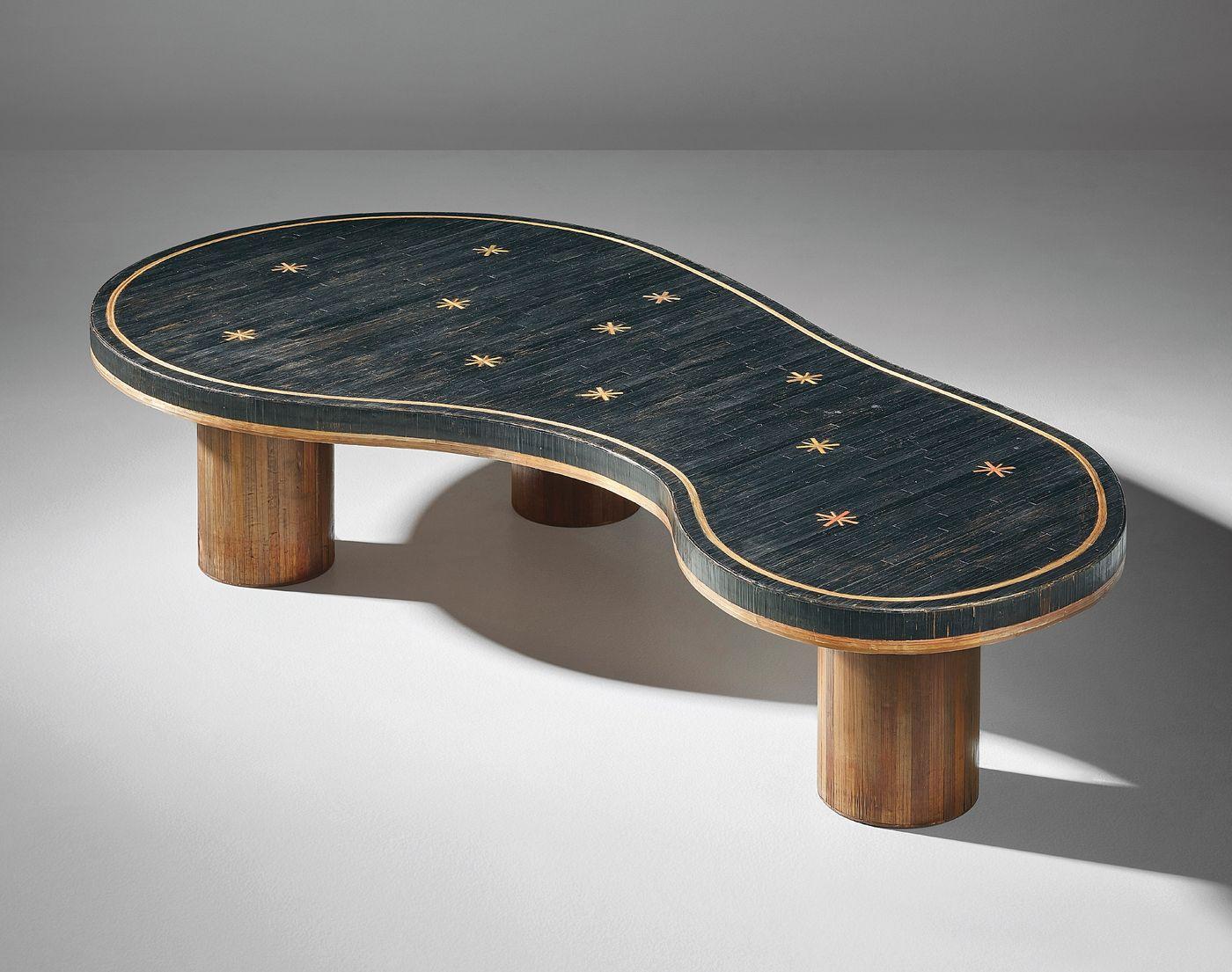 NEW YORK – Phillips is pleased to announce highlights from the upcoming auction of Design in New York on Wednesday, 6 June. Comprised of over 160 lots, the sale will include a strong selection of French and Italian design, as well as Studio Craft, with works spanning nearly a century. The sale will include works by Piero Fornasetti, Jean Royère, Zaha Hadid, and Lucie Rie, among other design masters of the 20th and 21st centuries.

Cordelia Lembo, Head of Department, New York, Vice President, said, “Phillips’ June Design sale will bring together important works from private collections around the globe, many of which are coming to the market first time. With a wonderful cross-section of design movements that span a variety of price points, this sale will provide collectors of all levels and interests with an exciting opportunity to grow their collections with high-quality, important pieces.”

Jean Royère’s “Flaque” low table, circa 1955, will be offered among the sale’s highlights on 6 June. With “flaque” meaning “puddle” in French, this table illustrates the influence of biomorphism introduced by artists such as Hans Arp and Alexander Calder and situates Royère’s design within a larger international discourse. From the 1930s, designers including Frederick Kiesler, Eileen Gray, Charlotte Perriand, and Isamu Noguchi began exploring biomorphism in their work, departing from more traditional furniture forms. Royère employed straw marquetry for his “Flaque” table, a traditional technique meant to imitate wood veneer which had been in use in Europe since the seventeenth century. Revitalized by other designers in the 1930s, the technique of straw marquetry enabled Royère to combine color, pattern, and craftsmanship, transforming a humble material into a sophisticated design, characterized by supple lines and delicate star motifs. Works like the present lot feature pared-down forms that reflect Royère’s captivation with ornamentation and his enduring independent expression.

While Zaha Hadid is well remembered for creating some of the 21st century’s most distinctive buildings, she also produced numerous furniture collections in the sinuous style that became her trademark. The present bench, which will be offered in the June auction, appears to freeze movement, as though formed from a jet of molten metal, extruded at speed and shaped by the forces of physics. Though a domestic object, its cast aluminum form draws from the material lexicon of industry, with a seamlessly smooth surface and lustrous finish that evokes the curves of a high-performance automobile. The bench was originally designed in 2003 as part of “Ice-Storm,” an experimental interior setting Hadid created for a retrospective at Vienna’s Museum für Angewandte Kunst. The “Ice-Storm” installation marked a significant moment for Hadid in realizing her architectural aspirations toward a wholly integrated interior environment where furniture and structure merge and blend into one seamless unit. The formal language and spatial philosophy first realized with “Ice-Storm” and its components, including the present bench, would continue to influence the furniture collections and objects Hadid designed throughout the remainder of her career.

Also among the sale’s highlights is Piero Fornasetti’s “Stanza Metafisica” (Metaphysical Room). Piero Fornasetti was a phenomenally talented and prolific painter and illustrator, but his talents soared far beyond two-dimensional artwork. He was fascinated by the organization of interior spaces and the screen, at once a blank canvas, a theatrical curtain, and a permutable and modular piece of furniture, was the perfect springboard for Fornasetti’s ideas. Fornasetti was particularly interested in Japanese screens and was a connoisseur of the various forms, styles, and techniques. Fornasetti synthesized all of these ideas in his famous “Stanza Metafisica”(Metaphysical Room). Composed of thirty-two panels decorated with a surreal design of stairways, passageways, and ladders, it was designed as a space for meditation that could be set up in various ways according to the needs of the user.

Phillips is delighted to offer a selection of British ceramics from the Westminster Collection in the June sale.  Between the years 1980 and 1987, when the Westminster Gallery was operating in Boston, the medium of clay was undergoing an extraordinary period of artistic exploration. Artists like Lucie Rie, Monica Young, Alison Britton, and Eileen Nisbet looked away from the medium of ceramics, to inspirations elsewhere in the arts (among them, music, graffiti, architecture, and fashion). They also looked back to an eclectic mix of other historic sources, among them patterned textiles. The twenty-four works from this collection will provide collectors with an opportunity to acquire works from this important period in the history of the medium.

Why should Alma Thomas be your new favorite artist? Well, after teaching art in Washington, D.C. for 35 years at Shaw Junior High School, Alma Thomas created a new style of painting. Her vibrant dabs of color, lovingly called “Alma stripes,” gained the artist, by then in her late-seventies, recognition that has grown over the years. Her painting “Resurrection” was chosen for the White House Collection in 2014. In this short video, Michelle Obama and others share why Alma Thomas and her art continue to inspire.

Good Art: ChaShaMa is an Art Charity Transforming Vacant Spaces
In a city of endless opportunities, one organization is doing its best to optimize all that New York has to offer. Chashama has a 25-year history in New York of supporting artists by optimizing one of the city’s hottest commodities: real estate. The non-profit seeks out vacant commercial spaces and convinces their owners to let artists use the space.