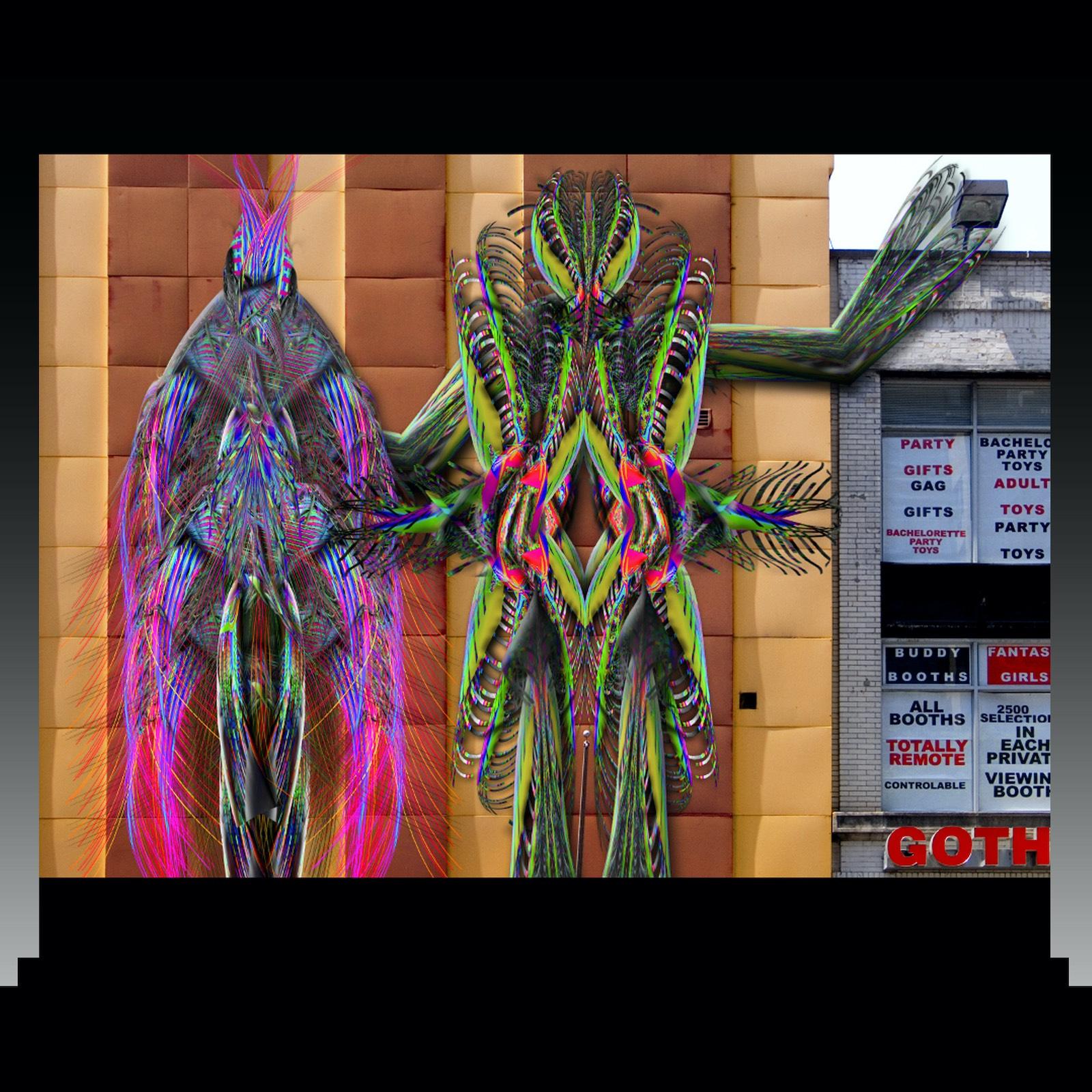 Pace Gallery's online exhibition Lucas Samaras: Gestures and Constructions debuted twenty-two unique prints completed by Samaras over the past year. Highlighting the artist’s longstanding experimentation with digital technology, the presentation features a series of photographs that Samaras took during walks through his Midtown Manhattan neighborhood and subsequently subjected to a series of digital manipulations that reflect his protean imagination.

Known for his solitary lifestyle and his exploration of the internal spaces of selfhood, Samaras, in recent decades, has increasingly incorporated imagery of New York City’s exterior spaces—its streets, buildings, monuments, and parks—into his work. In these new photographs, the artist’s gaze moves inward and outward simultaneously, mining the threshold between interior and exterior reality to probe timely questions about subjectivity and creativity in our current moment of shared isolation. 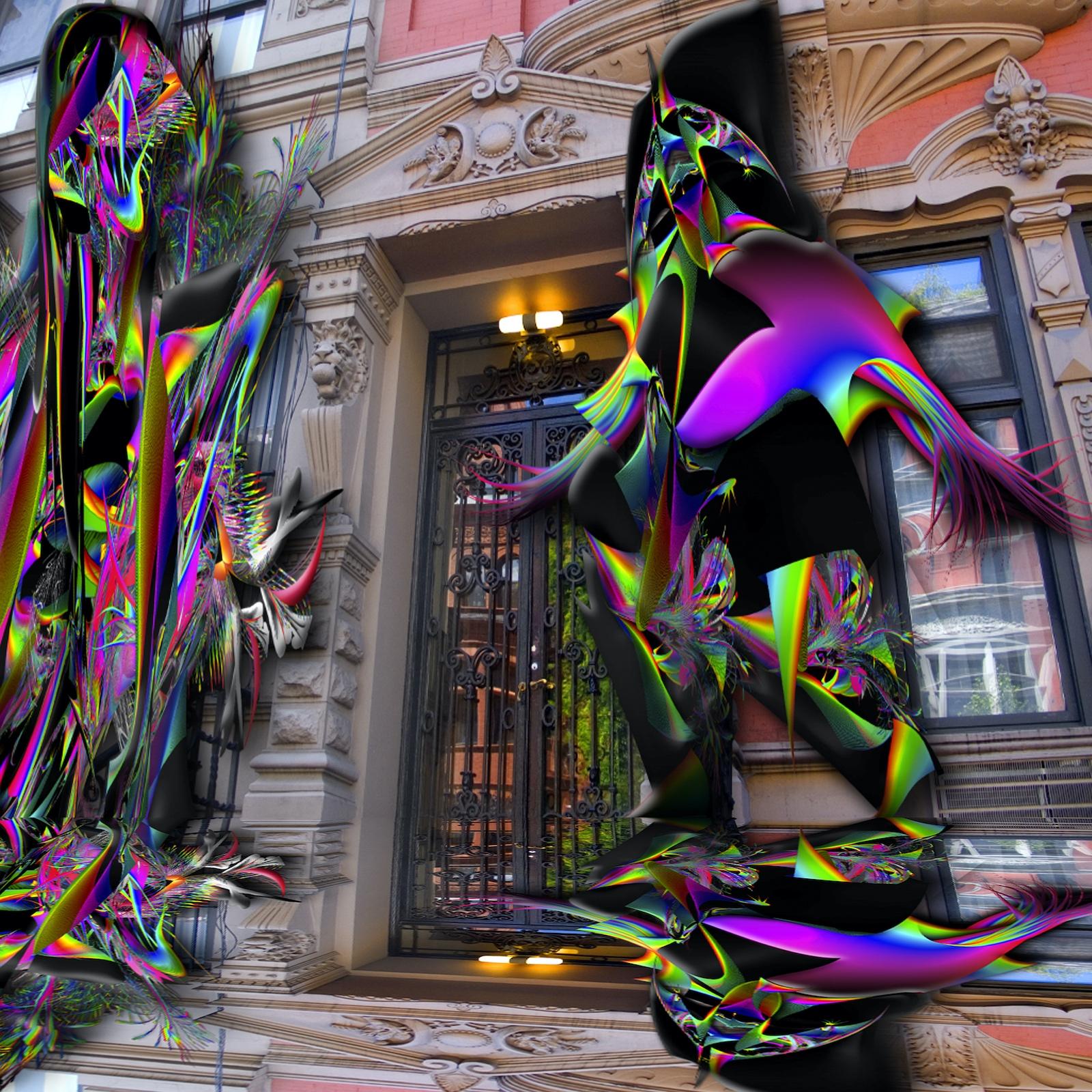 During neighborhood strolls through the eerily empty city streets in the late summer and fall of 2020, Samaras captured photographs of buildings and construction sites using his iPhone. By means of his characteristic manipulations, Samaras alters these striking, almost formalist photographs of worksites by digitally introducing surreal mirrorings, unnatural chromatic saturations, and disjointed fractures in composition.

In a related suite of photographs that he shot of nearby buildings, he populates the cityscape with a cast of his bizarre and creaturely “performers”—brightly-colored figural abstractions, forms which the artist has been developing for more than a decade. Part of his ongoing Gestures series (2008 – ), Samaras’s figures spill from the confines of their formerly hermetic worlds across the city streets like specters, haunting the fragmented and abandoned architectures of the artist’s personal cosmos.

Shot within a close radius of his studio in Midtown, Samaras’s work flips these exterior landscapes and re-absorbs them inward, transforming them into intimate spaces. Emptied for the most part of human inhabitants, what would otherwise be bustling streets become surreal extensions of the artist’s interior solitude, peopled instead by his performative imaginings—themselves surrogates for his own persona.

Capturing the city’s public zones in the interior of his computer, Samaras folds their compositions in on themselves, creating black holes and endless abysses that fascinate even as they threaten. “I want my works to help you see, like a surgeon,” Samaras has remarked, “when you open it up, it’s gutsy stuff.”

Legendary for his reclusive lifestyle, Samaras’s practice is studded with prophecies and prescriptions for leading a creative life under the confinements of a pandemic. “I’ve been alone for 20 years,” Samaras remarked at the outset of the COVID-19 crisis, “so being in my apartment now, again, is not a big deal. All that’s different now is the possible destruction of all of the things that you knew were around.” Those things included the throngs of tourists, visitors, and office workers who packed the streets of Samaras’s neighborhood each day, and which suddenly disappeared in March of 2020. In this recent work, Samaras’s figures seem to suggest surrogates for Manhattan’s sheltering denizens, stalking the atmospheres of an indelibly altered city. 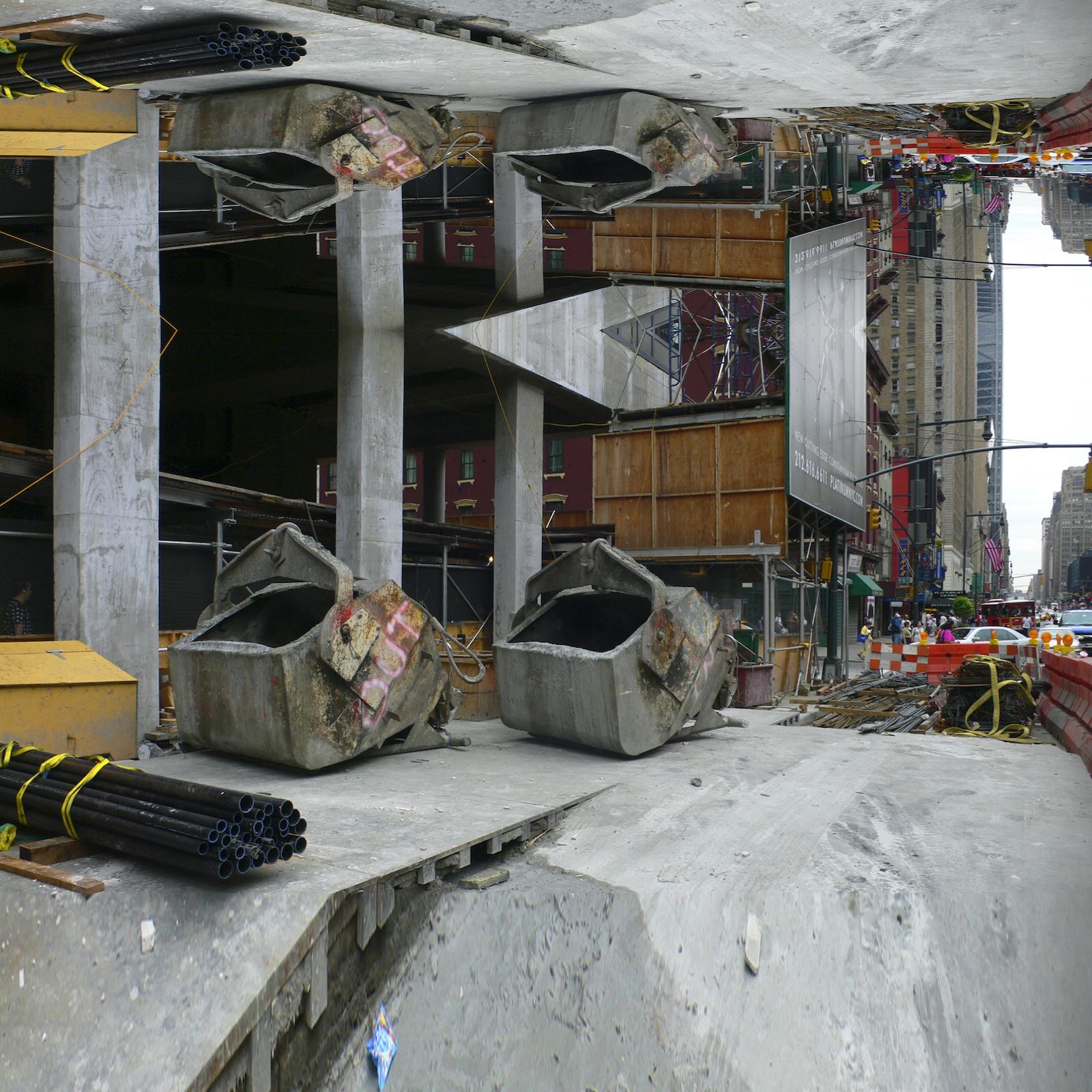 Lucas Samaras (b. 1936, Kastoria, Macedonia, Greece) has produced an expansive body of work across media and discipline—including photography, painting, installation, assemblage, drawing, and sculpture—united by a focus on the body and psyche, and often emphasizing autobiography. A student of Allan Kaprow, Samaras emerged as a key figure in the Happenings of the late 1950s and early 1960s, collaborating with Robert Whitman and Claes Oldenburg and participating in Kaprow’s seminal 18 Happenings in 6 Parts in 1959. Underpinned by themes of self-depiction and identity, Samaras’s practice proposed a radical departure from the presiding ideas of Abstract Expressionism and Pop art during the 1960s.

Samaras is recognized as a vanguard figure in assemblage, producing reliefs and boxes comprised of elements from his immediate surroundings in a turn away from traditional art media, reflective of the blurring of art and life. He is also acknowledged for his innovative use of photographic media; in 1969, he began using a Polaroid camera to create portraits and images, and altered these images through collage, with the addition of hand-applied ink, or, in the mid-1970s, by manipulating the wet emulsion of the film. An extension of his early experimentation, he later adopted a Leica digital camera and began using Photoshop to digitally alter his images.