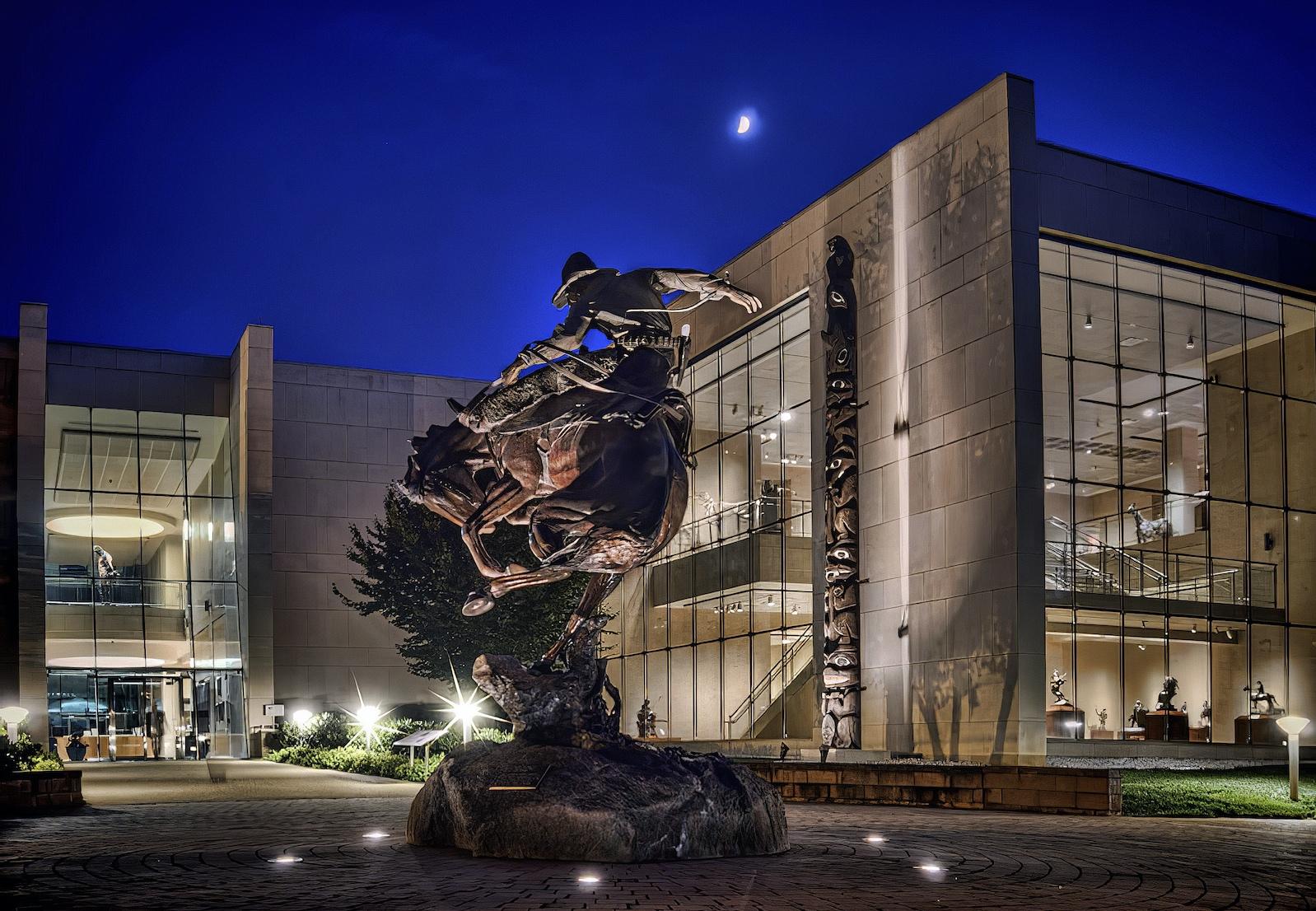 Exterior View of The Booth Western Art Museum in Cartersville, Georgia at night.

Ross Rossin goes beyond his trademark super-realism to crack the surface of his subjects and bring out what lives within and around them in Captivated – Rossin’s Southwest & Beyond, May 15 through September 26, 2021 at the Booth Western Art Museum. Mesmerizing pieces capture not just realistic detail but convey the essence of individuals and the natural-yet-mystical aura that surrounds them, as well as the landscape itself. Growing up watching Western movies in his native Bulgaria, Rossin dreamed of coming to America and visiting Monument Valley. A “dream road trip” through the Southwest in 2019 with Booth Executive Director Seth Hopkins inspired this series of hyper-realistic portrayals of the people and lands they encountered. “In essence, Rossin created a new visual language to convey the powerful, multi-sensory impressions he experienced,” explains Hopkins. “This show confirms the American West still has the power to captivate and inspire both Americans and those from around the globe,” he added.

Recognized as one of the great art museums in America, the Booth Western Art Museum is a journey through the American West at the largest permanent space for Western American art in the country. The second-largest museum in Georgia, at 120,000-square feet, it’s the right size for a first visit yet large enough to make additional trips a rewarding surprise. Temporary exhibits are changed every three to four months in four galleries, resulting in twelve to fifteen exhibitions per year. 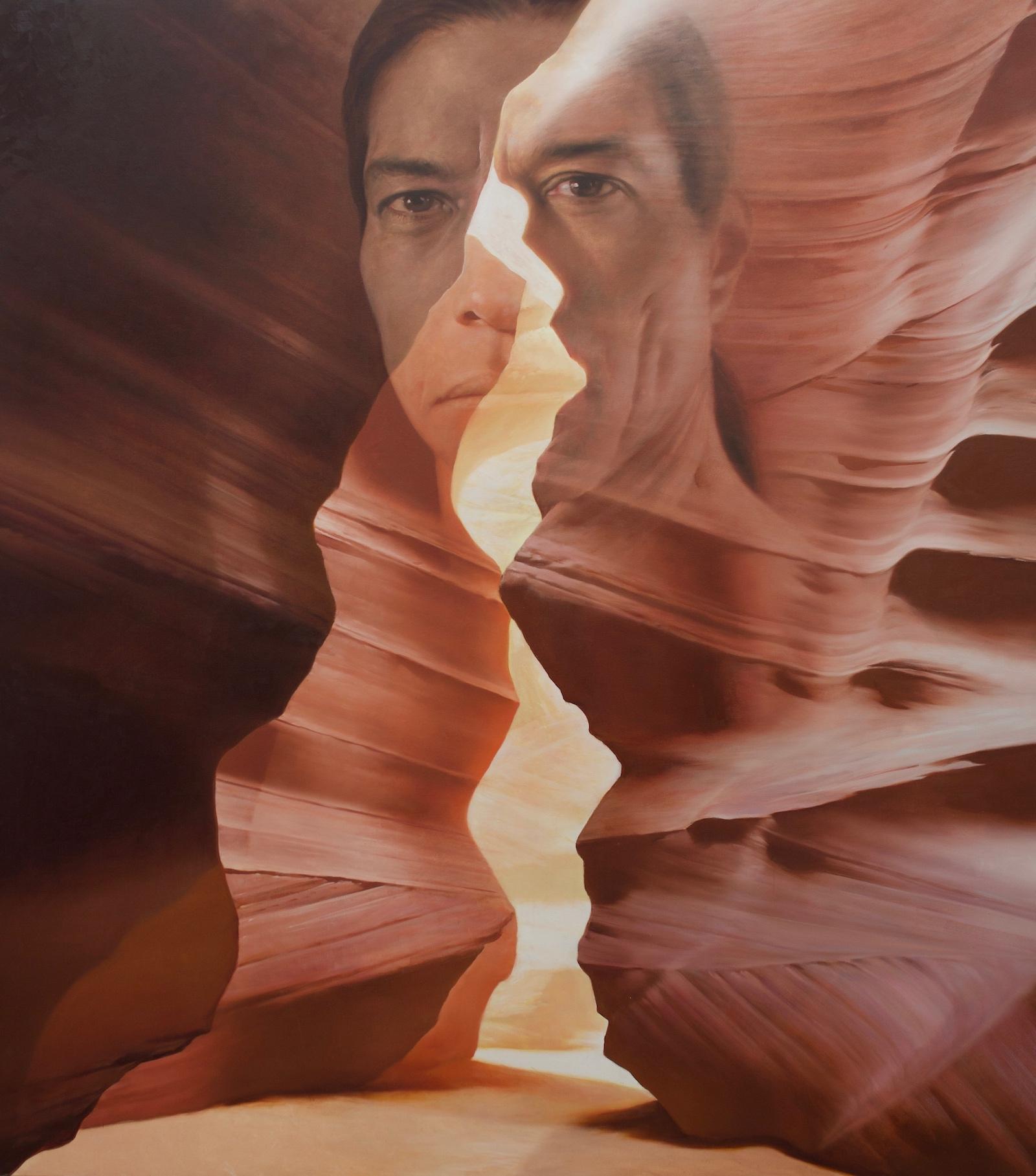 A visit during the new exhibit will enable visitors to fully experience the amazing range and detail of Rossin’s Commanders in Chief Mural Project and compare it with his new direction. This historically important three-part installation features all of the U.S. Presidents as if together in time. Collectively the three paintings encompass thirteen by sixty-two feet and represent eight years of research and painting. Rossin’s Love letter to America, his adopted homeland, started in 2003 with a thirteen by twenty-three-foot oil painting of the twentieth-century Presidents. The twenty-first-century painting currently includes Presidents George W. Bush, Barack Obama, and Donald Trump, with Joseph Biden to be started in 2021. Shadowy silhouettes hold spots for future leaders, including at least two that suggest a female figure. They’re located in the Booth’s Presidential Gallery, which includes a portrait of every U.S. president and a letter penned by each.

The museum also houses works by noted artists like Frederic Remington, George Catlin, Ansel Adams, and Andy Warhol. Significant historic and contemporary Western works from bronze to canvas and in every style from painterly to pop art. Eight major galleries give a sweeping view of the West’s history, land, and cultures. You’ll see breathtaking life-sized scenes, eye-candy odes to film and TV, and exquisite masterpieces. Among the eight-plus themed spaces is the soaring Eaton Sculpture Atrium and the Hardin Cowboy Gallery featuring artwork honoring the diversity of cowboys, including Black, Caucasian, Hispanic and Asian; as well as galleries focused on landscapes and wildlife. Because of this breathtaking scope, the Booth has won many awards and is consistently noted as a favorite of young kids all the way to boomers and beyond. Also, on display during this timeframe will be other notable temporary exhibits.

Ross Rossin, leading portrait artist of American and world notables, goes beyond his trademark realism, creating a new visual language to convey the powerful, multi-sensory impressions he experienced on an exploration of the American Southwest.