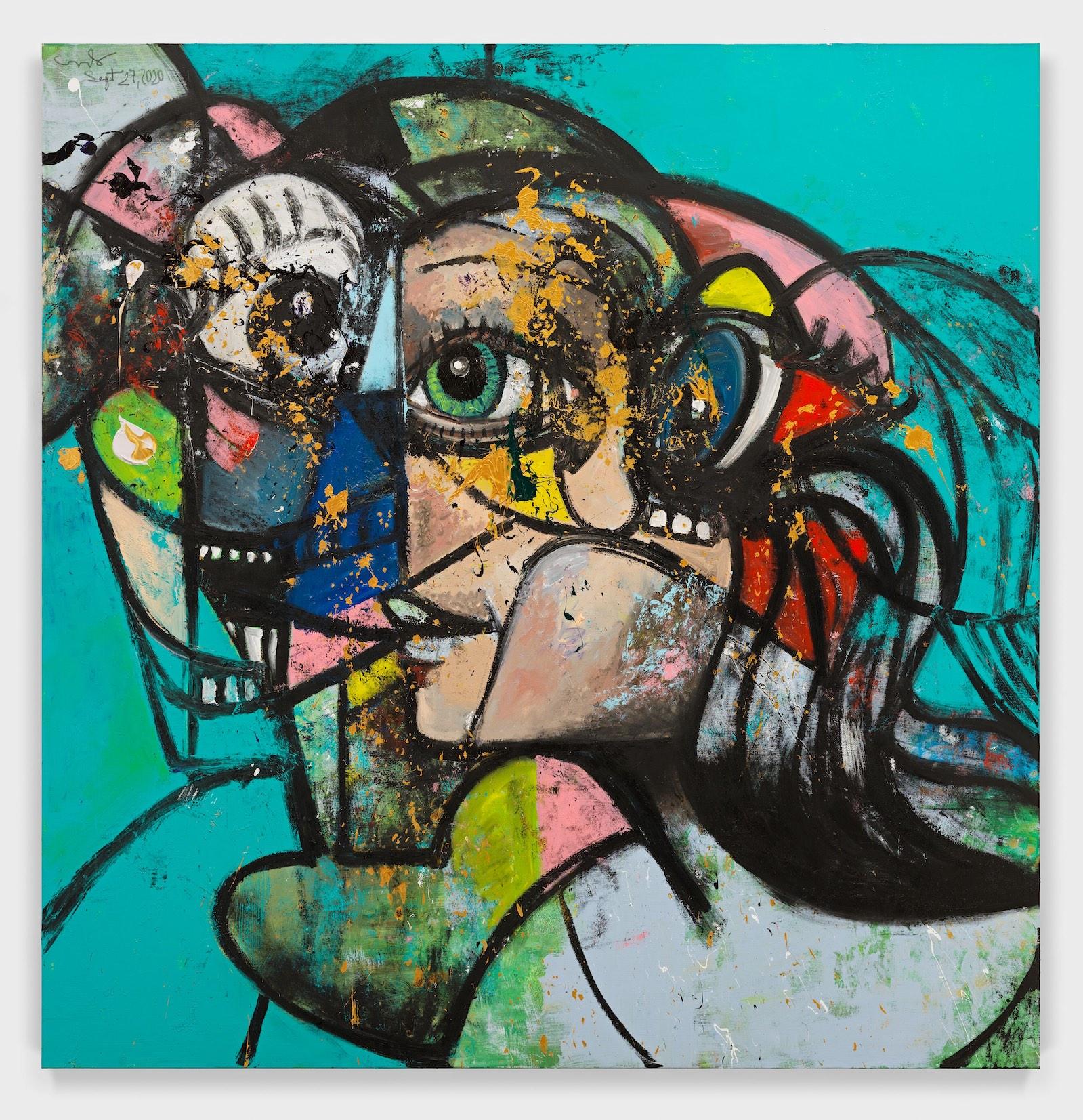 In late September 2021, Long Museum (West Bund) will present the largest solo exhibition by George Condo in Asia, The Picture Gallery. It will bring together more than ninety paintings made throughout the artist’s career and will debut a new series of large-scale canvases made specifically for this presentation.

Curated by Massimiliano Gioni, the exhibition focuses on some of the most important cycles and bodies of works that have defined Condo’s art since the late 1970s, when the artist was among the first to herald a critical return to painting after decades of conceptual art practices.

Born in New Hampshire in 1957, Condo moved to New York in 1979. He quickly became a central figure in the East Village art scene at the moment when the collision of New Wave music, graffiti art, and appropriation tactics began to redefine the entire creative geography of New York City for years to come.

Throughout his career, Condo has entertained important relationships with some of the most interesting artists and literary figures of his times, ranging from Andy Warhol, Keith Haring, and Jean-Michel Basquiat–the very first artist Condo met when moving to New York–to William Burroughs, Allen Ginsberg, Felix Guattari, Brion Gysin, and many others.

By the early 1980s, Condo’s specific approach to painting combined influences from Cubism, Surrealism, and other twentieth-century avant-garde movements with cartoon characters and vernacular imagery, inaugurating a new kind of figuration which the artist defined as “artificial realism.” 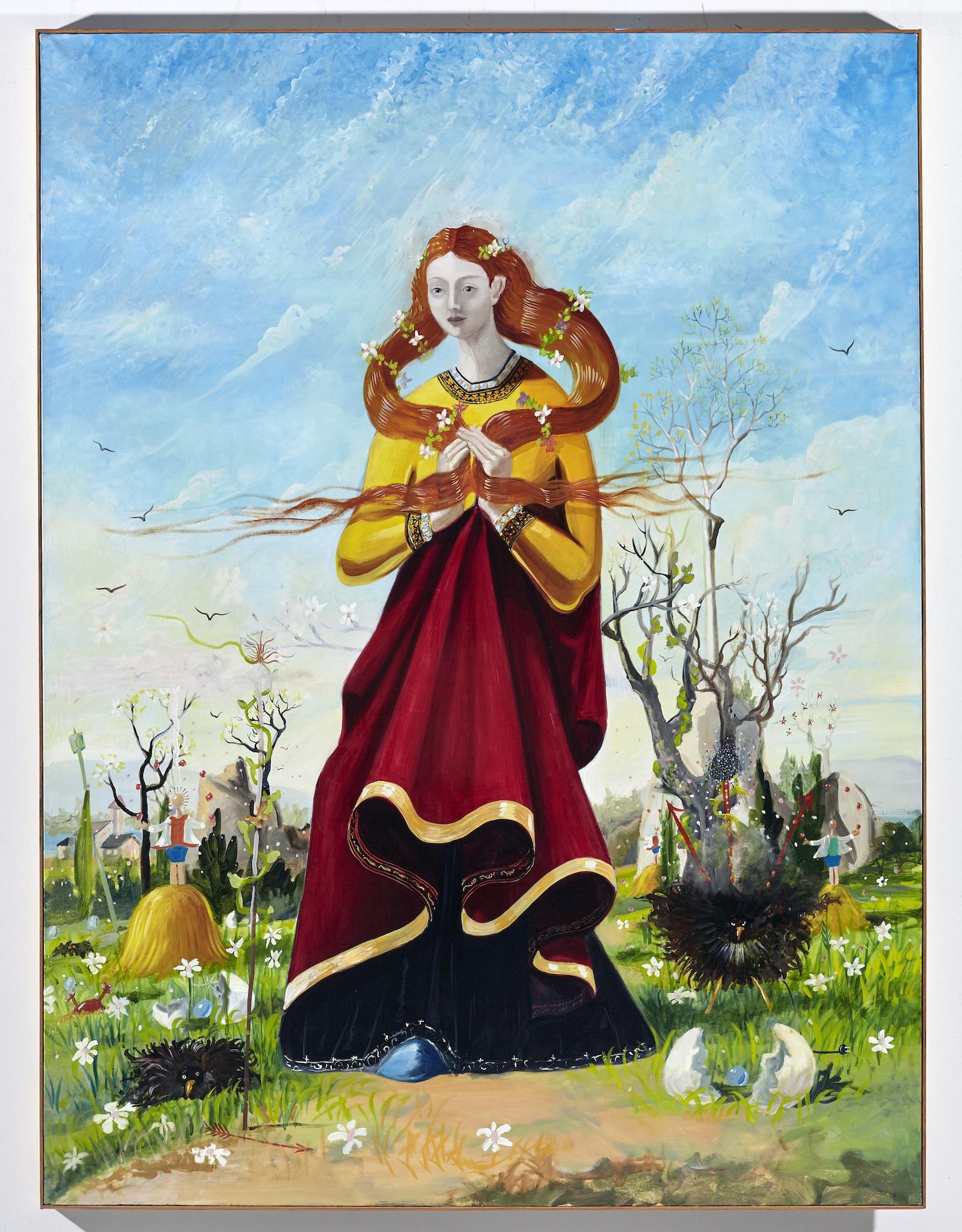 "Rembrandt painting Bugs Bunny” is how Condo described his grotesque figurative style in which exacting ancient painting techniques are employed to confront contemporary subjects. Anticipating conversations around the intersection of high and mass culture, in the 1980s Condo’s practice immediately resonated with the work of coeval artists such as Jeff Koons, Barbara Kruger, Louise Lawler, Richard Prince, and Cindy Sherman, while also entertaining a complex dialogue with the irreverent, punk attitude of European painters such as Walter Dahn, Jiří Georg Dokoupil, Martin Kippenberger and Albert Oehlen, among others.

In the span of few years, Condo’s brand of figurative painting would soon also open doors to some of the most interesting artists of the following generations, including Glenn Brown, John Currin, Sean Landers, Dana Schutz, and Lisa Yuskavage.

For more than four decades, Condo’s stunning virtuosity and ability to devour and ventriloquize any historical painting style has resulted in a prodigious output. In his vast oeuvre, “fake old masters paintings,” as the artist describes them, coexist with his maddening explorations of the human psyche, while figuration and abstraction are woven into tapestries of signs and symbols that find inspiration in the work of experimental writers and musicians.

Organized according to series and cycles – and including many rarely seen works along with some of the artist’s most celebrated paintings – the exhibition underscores Condo’s fascination with the world of music and of melodrama in particular. This interest has led him to collaborations with New York’s Metropolitan Opera, for which he created the monumental sculpture Constellation of Voices, now permanently installed at Lincoln Center. Condo has also created record album covers for hip hop musicians like Kanye West and Travis Scott and has worked with the contemporary composer Matthias Pintscher on a new work for solo violin, recently performed at the Metropolitan Museum in New York.

As suggested by its title–borrowed from a 2002 painting–the exhibition is conceived as a gallery of imaginary portraits: a salon of fictional ancestors and fallen members of an imagined aristocracy hung in the cavernous galleries of Long Museum (West Bund) as in the halls of a decaying futurist castle.