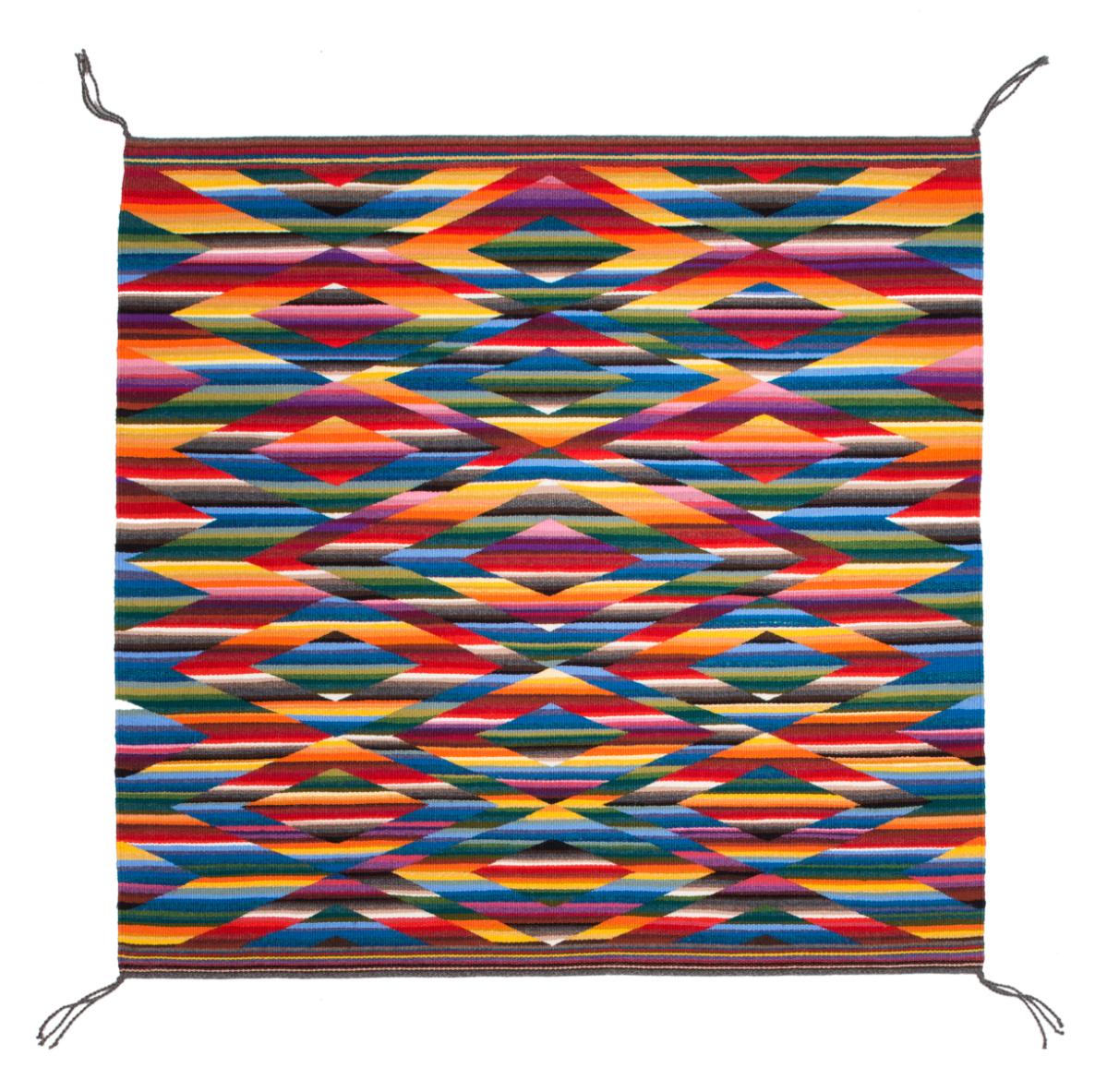 Bold diamond shapes, dominant stripes, and eye-dazzling zigzags in brilliant colors are just some of the design elements seen in the stunning artistry of Navajo textile art starting from the nineteenth century.

In the new special exhibition, Color Riot! How Color Changed Navajo Textiles, individualism and a flair for experimentation of Navajo weavers are vividly expressed in textiles from the late nineteenth century and early twentieth century to today. During this time, weavers acquired new materials, such as vibrant aniline dyes and complex Germantown yarns. These colors, combined with examples of the design system of Hispanic textiles, touched off experiments with color and design in Navajo weaving that were unprecedented.

More than 80 of these remarkable textiles in striking colors of orange, red, gold, blue and green are on view from December 19, 2020 through March 14, 2021 at the Museum of Fine Arts, St. Petersburg. 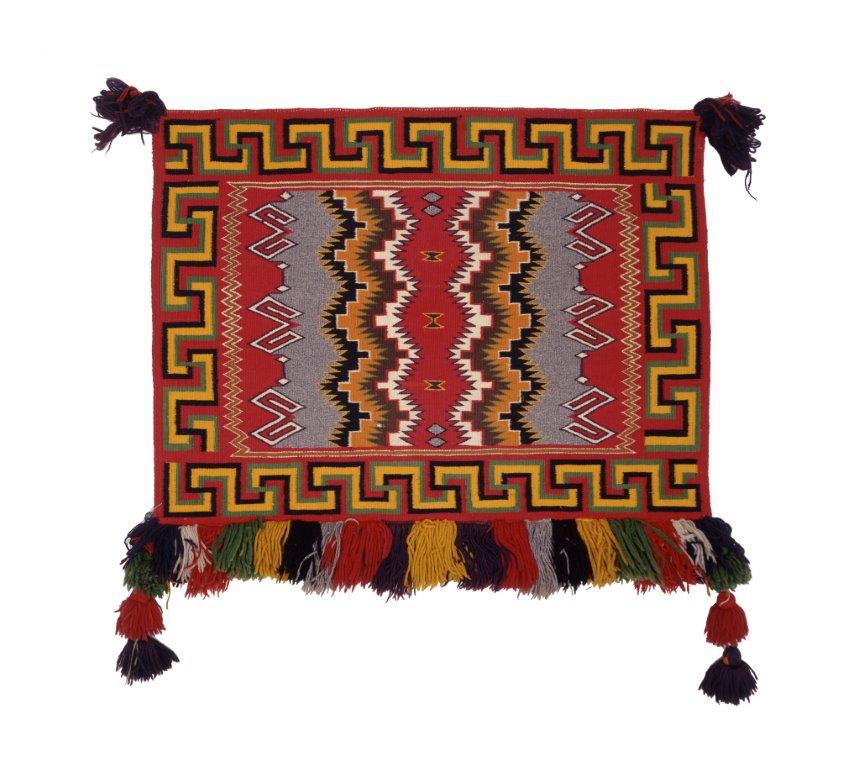 The weavings represent a variety of intricate design styles and types of textiles, including chief blankets, saddle throws and pillow covers. Ten weavings from contemporary Navajo artists who are boldly interpreting the traditional craft of weaving are also featured in the exhibition. Color Riot! is organized by the Heard Museum in Phoenix, Arizona, which is devoted to collecting and studying Native American Arts of the Southwest.

The textiles in the show are rooted in ideas and events the weavers experienced between 1863 and 1868, the hard years of their imprisonment in the internment camp, Bosque Redondo, and their subsequent return to a reservation. This was a time when outside market influences were at a low point. The old indigenous trading networks had been disrupted, woven garments were being replaced with commercial cloth, and traders were primarily interested in buying wool. It was not until the 1890s drought and subsequent failure of the wool market that traders turned their interests to marketing weaving, and developed the design constraints of the rug market. This interval, 1868 to 1910, was a time of great change as weavers, for the first time, had true freedom to experiment.

Color Riot! is the result of a three-year grant the Heard Museum received from the Andrew W. Mellon Foundation to support a fellowship program centered on Navajo textiles. Velma Kee Craig, Natalia Miles, and Ninabah Winton were selected as the fellows, and are the co-curators of Color Riot! They teamed up with the museum’s curatorial staff to create the exhibition from the Heard’s collection and private collections. Craig, who is a weaver, and Winton are both Navajo, and Miles is Navajo/San Carlos Apache/ Akimel O’otham.

“During the Transitional Period, from 1875 to 1910, and primarily in the face of concurrent assimilationist policies, Navajo weavers were experimenting wildly and without reserve,” Winton said. “The products of their looms seem to scream in a collective explosion of voices and tones as active reminders: We are still here, we are still creating, and we have already adapted.”

Color Riot! is an opportunity to learn about a tragic time in Navajo history that resulted in a period of artistic creativity and vibrancy in the Navajo weaving community. 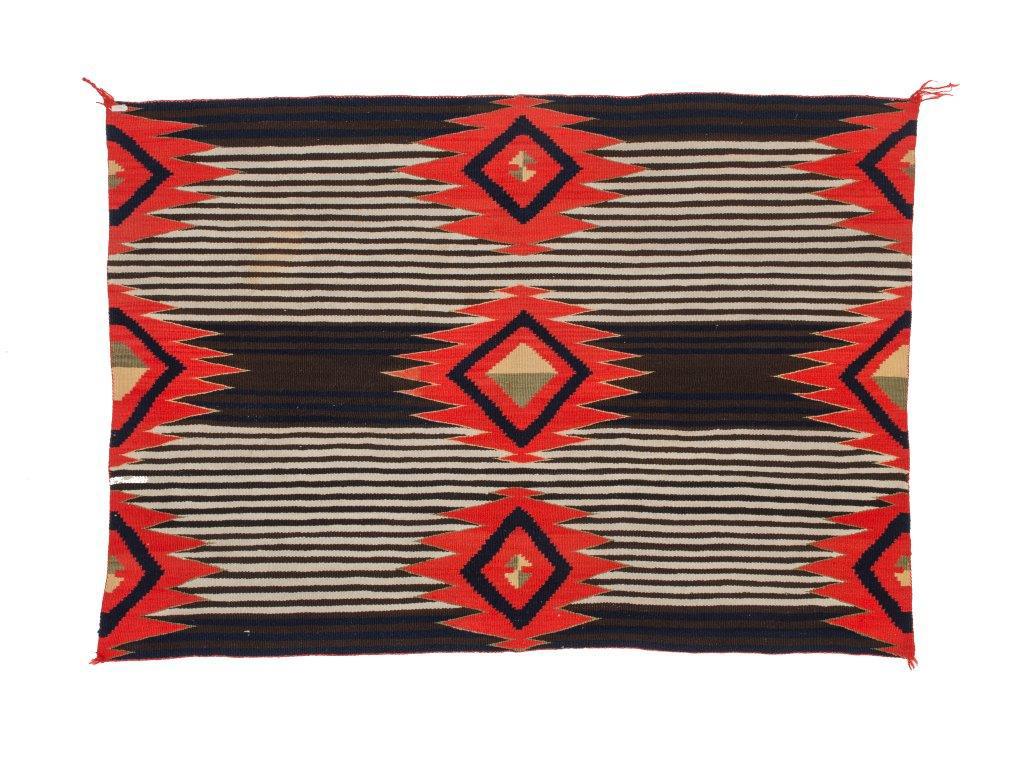 “The MFA is committed to presenting important stories from across time and cultures through our own encyclopedic collection and in collaboration with scholars and curators from other museums. I am so proud that the MFA can share the Navajo history with our community through the voices of indigenous female scholars and artists who are uniquely qualified to share this history with us,” MFA Executive Director and CEO Kristen A. Shepherd said. “The talent and artwork presented in this exhibition are absolutely stunning. I hope our visitors gain a stronger appreciation for Navajo history and textile art, and the precision and creativity that goes into creating these wonderfully complex works of art.”

Color Riot! How Color Changed Navajo Textiles at the MFA is made possible by Tinney Rug Cleaners, State of Florida Division of Cultural Affairs and the Florida Council on Arts and Culture, with additional support from Bank of America and the Garth Family Foundation.