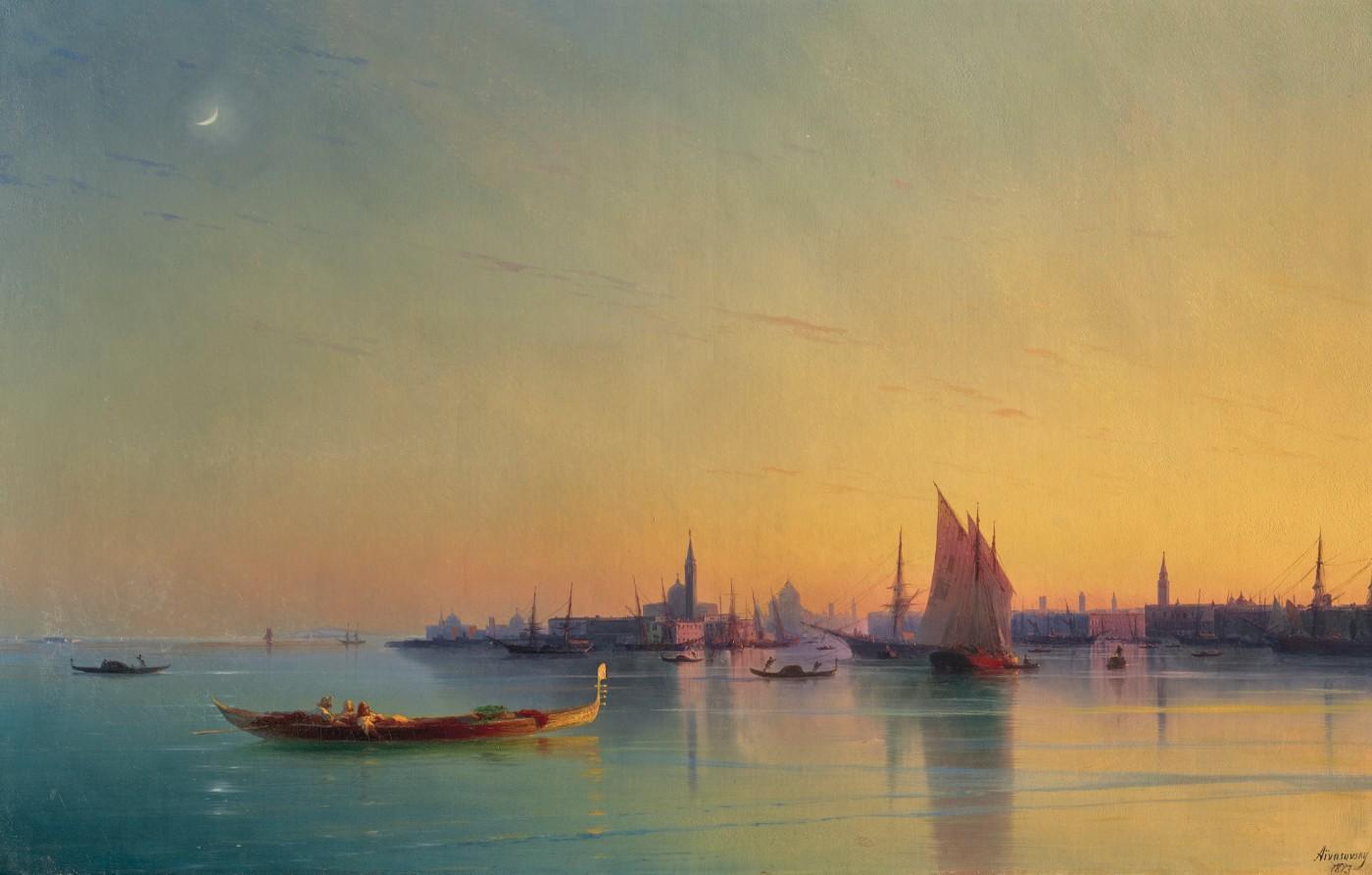 London – Kicking off London’s Russian Art Week, on November 26 Christie’s Important Russian Art auction will present 268 lots featuring important paintings that are fresh to the market and valuable works of art. Highlights of the painting section include Ivan Aivazovsky's Venice at sunset, 1873 ($522,800-784,200); Vasilii Shukhaev’s Self-portrait in a grey smock and Portrait of Vera Shukhaeva, the artist’s wife which are offered together as a single lot with an estimate of $392,100-653,500; and an astonishing group of works by Léon Bakst from the Constantinowitz Collection, never before seen at auction. The works of art section is highlighted by a monumental and extremely rare Imperial porcelain vase decorated with an equestrian portrait of Emperor Franz I after Johann Peter Kraft by Nesterov.

The top lot of the sale is Ivan Aivazovsky's (1817–1900) Venice at sunset from 1873 (lot 30, $522,800-784,200. With its history and refined architectural landscapes, Venice captivated Aivazovsky, who first visited the city in the summer of 1840 as a recent alumnus of the Imperial Academy of Arts in St Petersburg. Renowned for his ability to paint from memory within the comfort of his own studio, which was especially equipped for large-scale canvases, Aivazovsky rarely sought to achieve topographical accuracy of a given place; rather, he aimed to convey its very essence and atmosphere. In Venice at sunset the artist uses familiar Venetian landmarks to serve his compositional needs, as the golden light of the setting sun casts reflections on the still waters of the Adriatic lagoon. Appearing at auction for the first time in 20 years, this painting from the collection of John W. Kluge will be sold to benefit Columbia University. 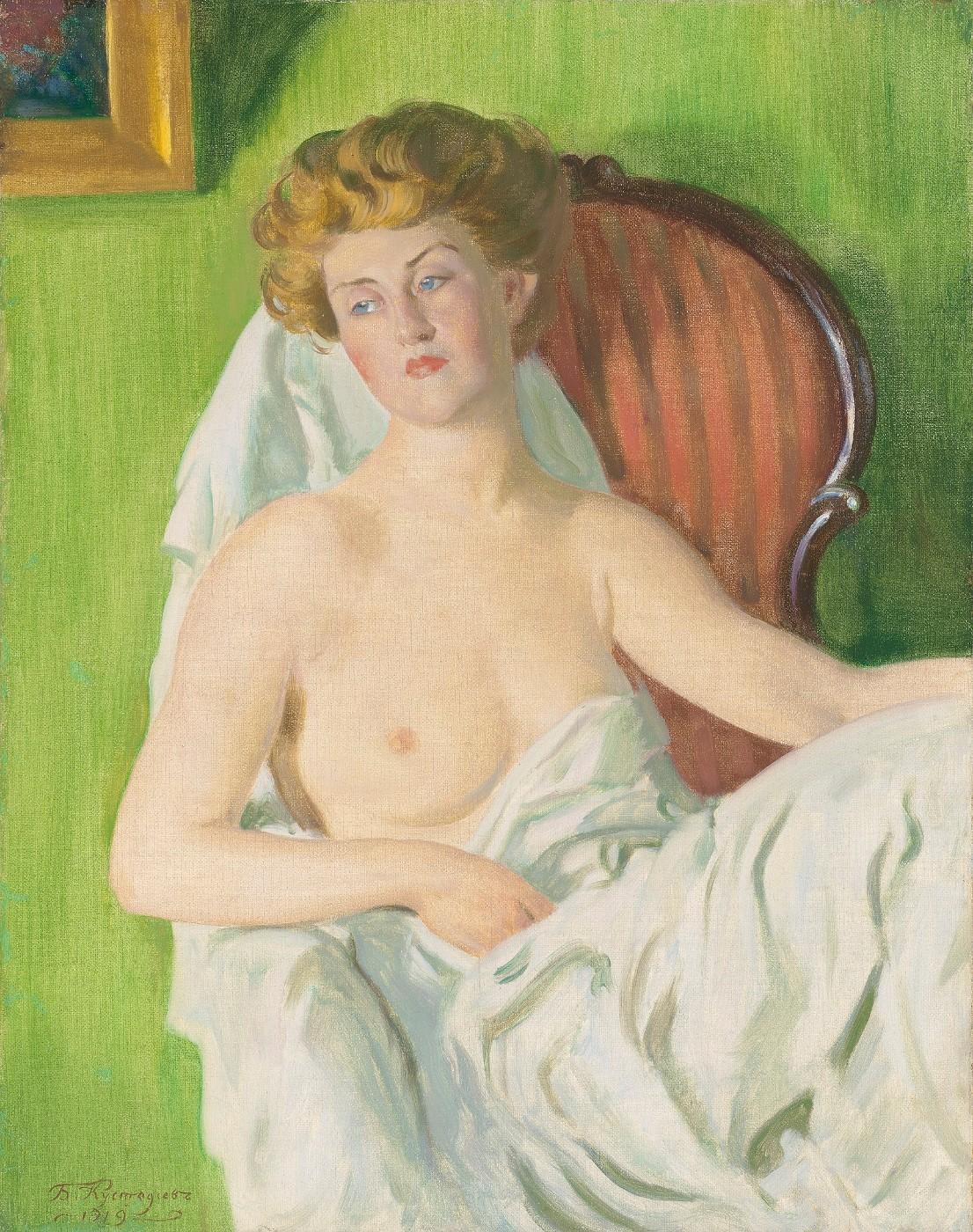 Painted in 1919, Boris Kustodiev’s (1878–1927) Model is a rare and important work which appears at auction for the very first time (lot 7, $326,750 - 457,450). It has remained in the same private collection since the late 1930s and relates to an earlier pastel executed in 1908 in the Kovalenko Art Museum in Krasnodar. A counterpoint to the formal, salon portraits of Valentin Serov whose models are often concealed behind an armor of silks and crinoline, Kustodiev’s subject is liberated, but no less idealized. Eschewing realism, Kustodiev’s model has the unblemished skin of a Danko porcelain figure, perfection further highlighted by her flushed cheeks and highly charged rosebud mouth. 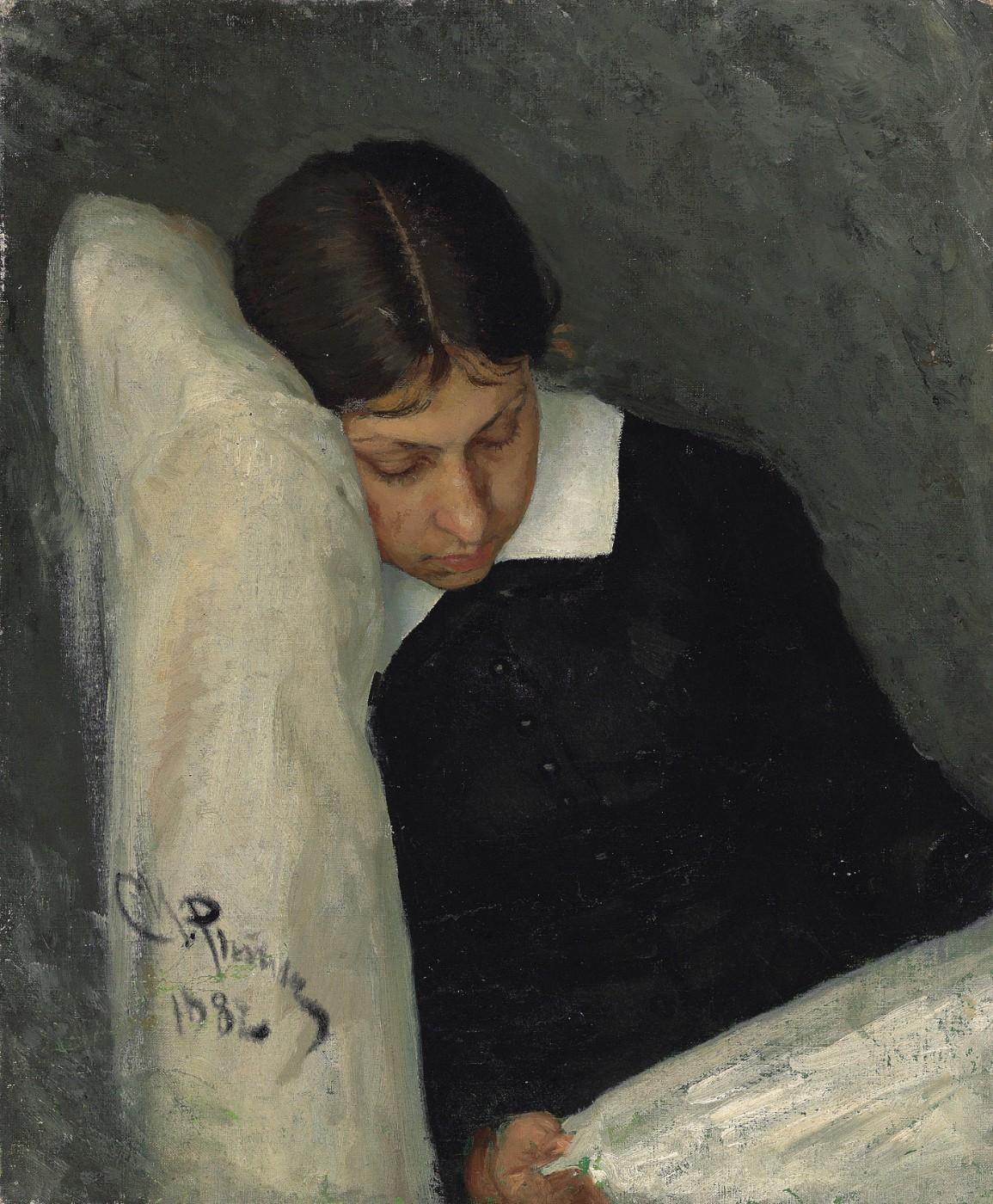 Ilya Repin's (1844–1930) Portrait of Vera Repina, the artist's wife, reading from a private Finnish collection is estimated at $196,050 - 261,400 (lot 15). Ilya Repin was introduced to the family of the architect Aleksey Shevtsov in the early 1860s. In 1872 Repin proposed to Shevtsov's youngest daughter Vera Alekseevna, and the couple were married. Vera became Repin’s most well-known muse and touching portraits of her feature in many of Repin’s most famous works, such as Raising of Jairus' Daughter (1872, State Russian Museum, St Petersburg) and the tour de force A Parisian Café (1875, Private collection, sold at Christie’s, London, 6 June 2011, lot 22). Another striking portrait of Vera, entitled Repose, 1882 is in the collection of the State Tretyakov Gallery, Moscow. 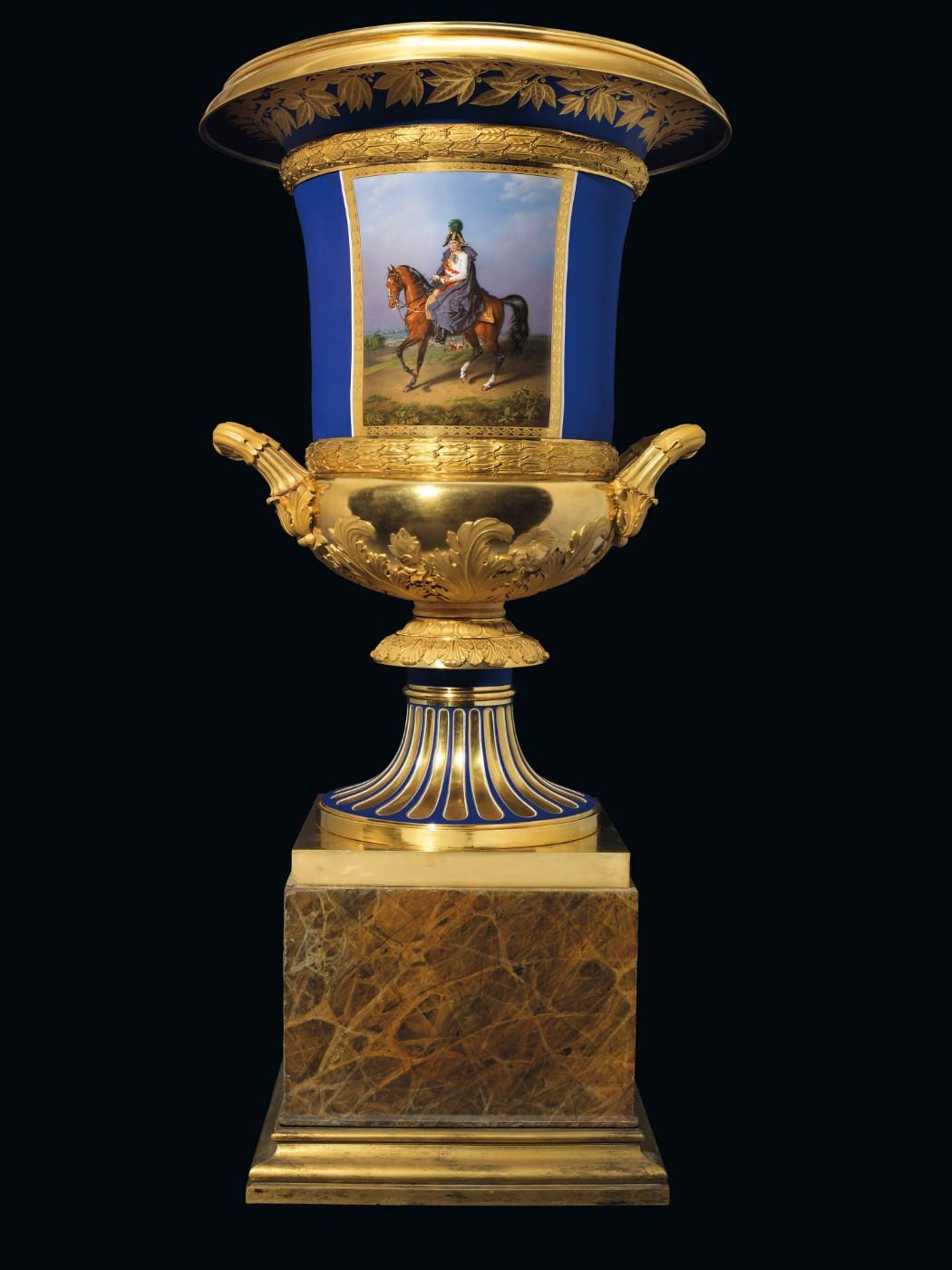 Another highlight is a magnificent, monumental and extremely rare Imperial porcelain vase decorated with an equestrian portrait of Emperor Franz I after Johann Peter Kraft by Nesterov (lot 238, $1,045,600-1,568,400). The vase is probably one of the largest two-handled campana shaped vases ever produced by the Imperial Porcelain factory during the reign of Nicholas I. Emperor Nicholas I (1796-1855) was a great patron of the Russian Arts and commissioned a large number of porcelain vases during his reign. The other vase of almost identical design and size is painted after Franz Krüger's 1831 portrait of Friedrich Wilhelm III of Prussia is currently part of the State Hermitage Museum collection.