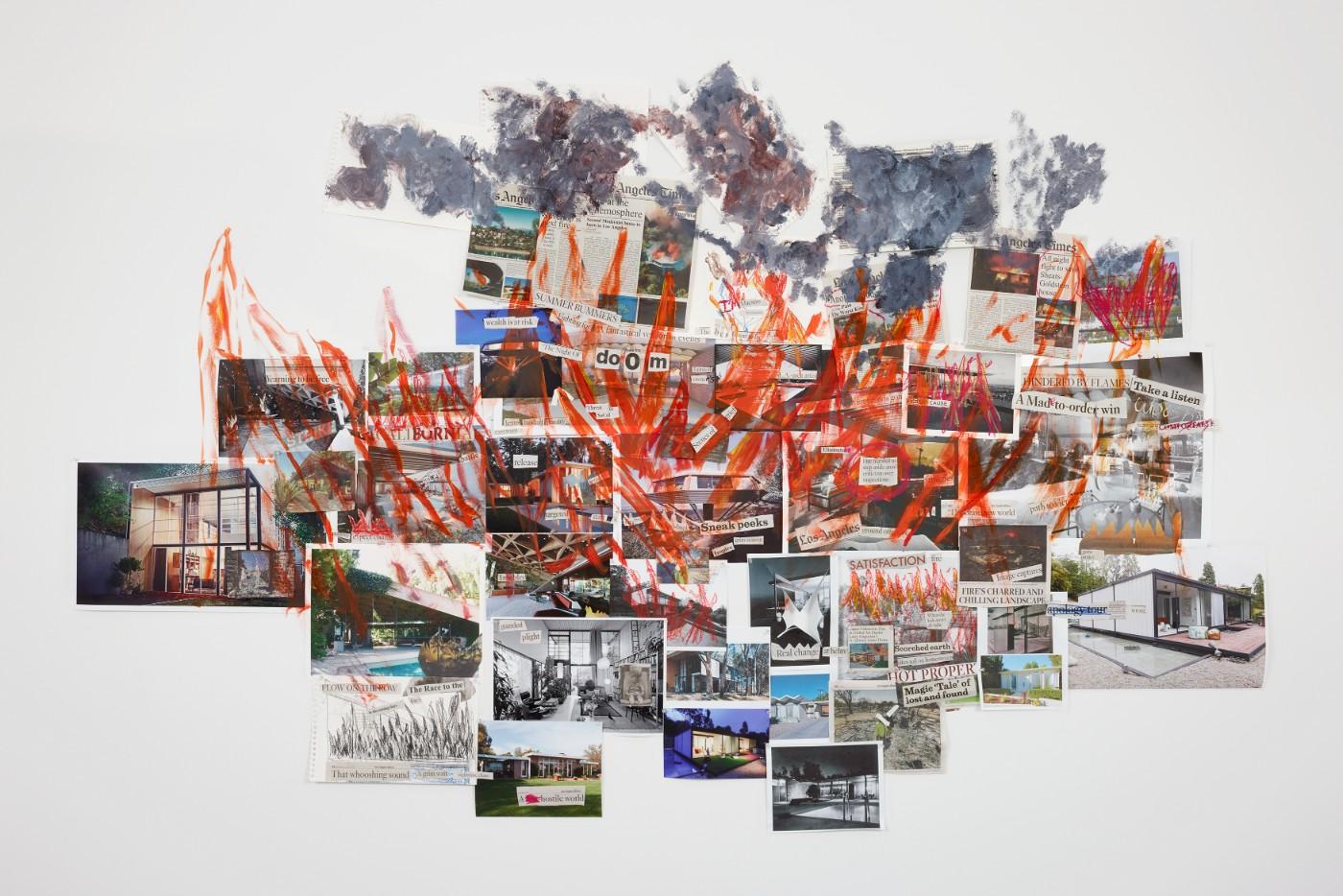 Lehmann Maupin is pleased to announce Catherine Opie’s next exhibition with the gallery, The Modernist. The photography series and related film—Opie’s first—offer a distinct narrative arc as they follow a fictional artist character on an arsonist spree across Los Angeles, targeting the city’s iconic modernist buildings. The 21:44 minute photo-roman is comprised of 852 black-and-white photographs, and builds off the formal legacy of Chris Marker’s revolutionary La Jetée (1962). A work that envisions memory, dystopia, and the postapocalyptic world through still photographs, Marker’s film is apt art historical inspiration for Opie’s observation on the volatility and disjoint in present day America. 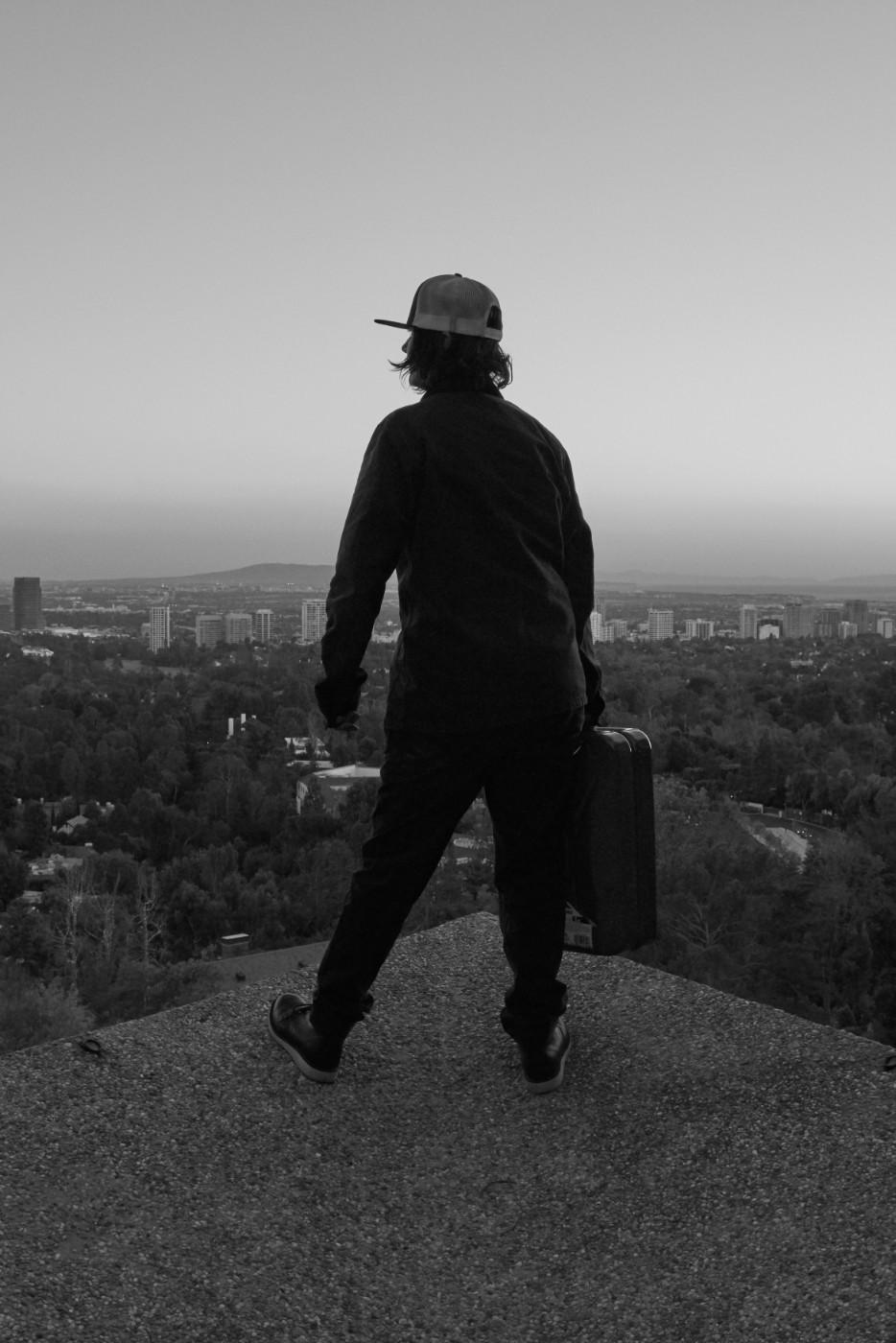 Opie’s adopted city of Los Angeles, her home since 1988, has long served as a formal and conceptual landscape in her photography, capturing its architectural artery in Freeways and cultural outposts in Mini Malls in the early 1990s, and more recently, its range of influential and famous residents, from Elizabeth Taylor to John Baldessari. Despite her obvious devotion to the city and formal interest in capturing its contrast and depth, Opie remains a realist, offering The Modernist as a portrait of a symbolic “other” in an American society committed to a dream that is increasingly becoming a nightmare.

The protagonist, played by Opie’s friend and frequent subject, the San Francisco-based artist Pig Pen, a.k.a. Stosh Fila, encompasses the embattled, marginalized body that has been ostensibly under attack by the ominous mantra, “Make America great again.” In The Modernist, Opie’s character retaliates, torching buildings like John Lautner’s Sheats-Goldstein Residence (1961-63) and Chemosphere (1960), sneaking in and stealthily dousing the idealized utopian structures in gasoline. Ultimately, this act of arson is a grandiose ploy for the character’s magnum opus, a grisly collage of the news clippings covering the fires, the artist’s masterful insertion of self into the 24-hour news cycle that craves spectacle. 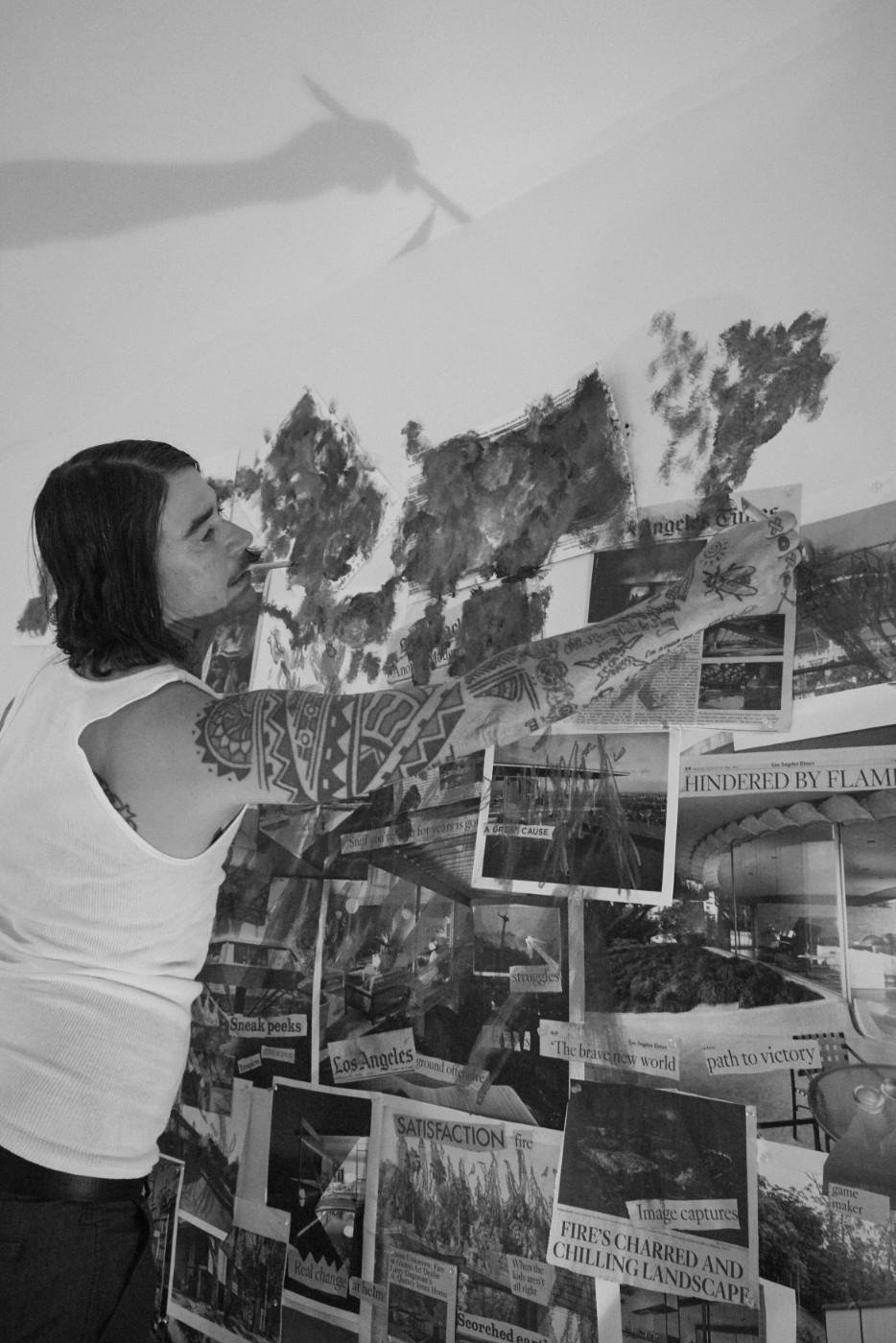 Opie’s film espouses Marker’s formal and narrative structures to address contemporary themes of environmental collapse, global upheaval, and political breakdown. Pig Pen’s character, at home in their modest yet stylishly appointed studio, is clearly an admirer of the very designs being destroyed. However, it seems fitting that they would enact their rage against the design embodiment of the mid-century, a period in American history when optimism was high, yet social stations rigid, that was exclusively defined by race, gender, and class. The Modernist epitomizes Opie’s aptitude for using the medium of photography to complicate and contextualize individual and group identity; brought to life through the time-lapse of film, her character is allowed to transgress boundaries, both personal and cultural.

Catherine Opie (b. 1961, Sandusky, OH; lives in Los Angeles) is known for her powerfully dynamic photography that examines the ideals and norms surrounding the culturally constructed American dream and American identity. She first gained recognition in the 1990s for her series of studio portraits titled Being and Having, in which she photographed gay, lesbian, and transgender men and women drawn from her circle of friends and artists. Opie has traveled extensively across the country exploring the diversity of America’s communities and landscapes, documenting quintessential American subjects—high school football players and the 2008 presidential inauguration—while also continuing to display America’s subcultures through formal portraits. Using dramatic staging, Opie presents cross-dressers, same-sex couples, and tattooed, scarred, and pierced bodies in intimate photographs that evoke traditional Renaissance portraiture—images of power and respect. In her portraits and landscapes, Opie establishes a level of ambiguity—of identity and place—by exaggerating masculine or feminine characteristics, or by exaggerating the distance of the shot, cropping, or blurring her landscapes. 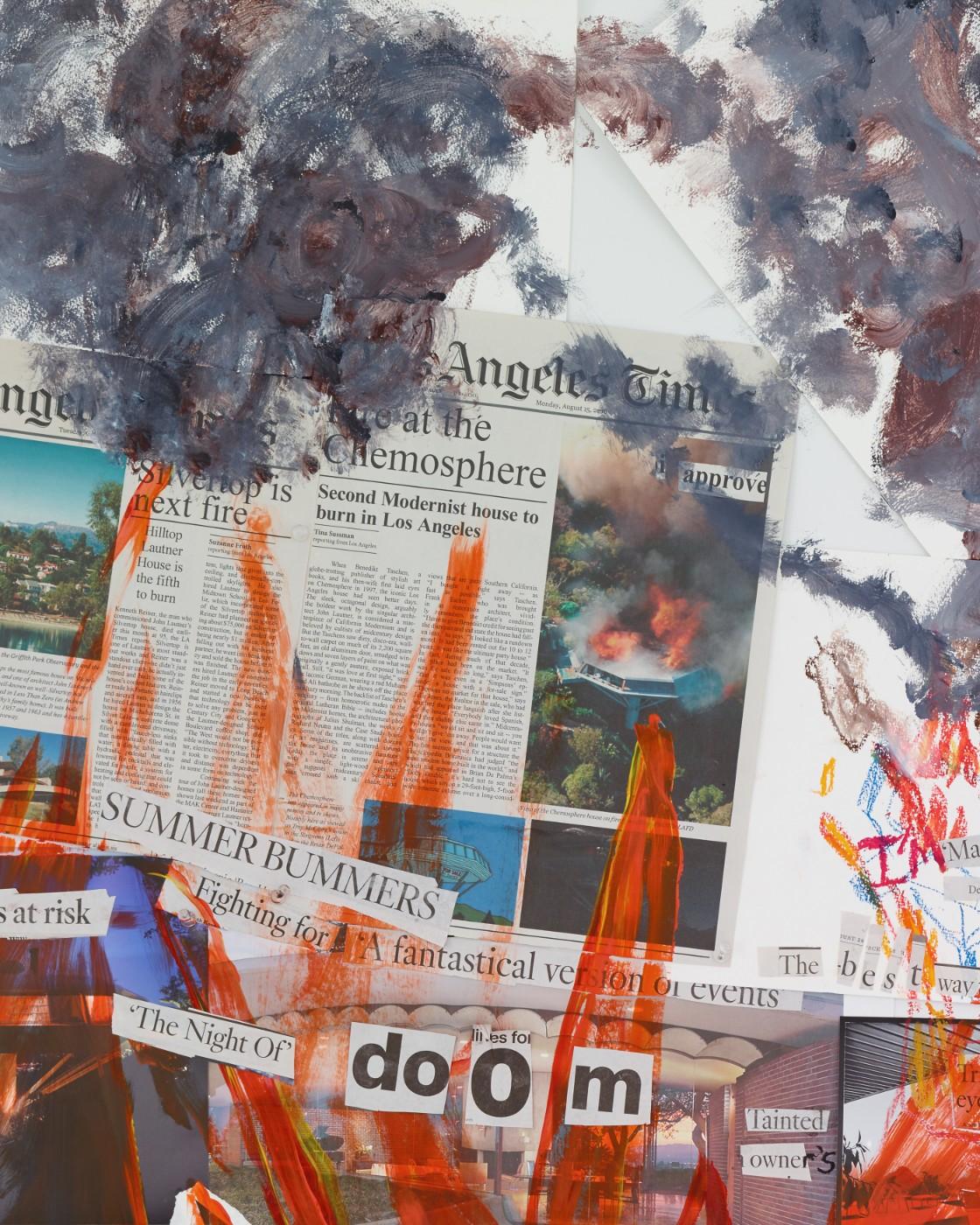 Opie has received numerous awards and fellowships, including the Citibank Private Bank Emerging Artist Award, Washington University Freund Fellowship, CalArts Herb Alpert Award in the Arts, Larry Aldrich Award, San Francisco Art Institute President's Award for Excellence, and United States Artist Fellowship. She has been a professor of fine art at UCLA since 2001 and serves on the board of directors of The Andy Warhol Foundation for the Visual Arts and the board of trustees of MOCA, Los Angeles.