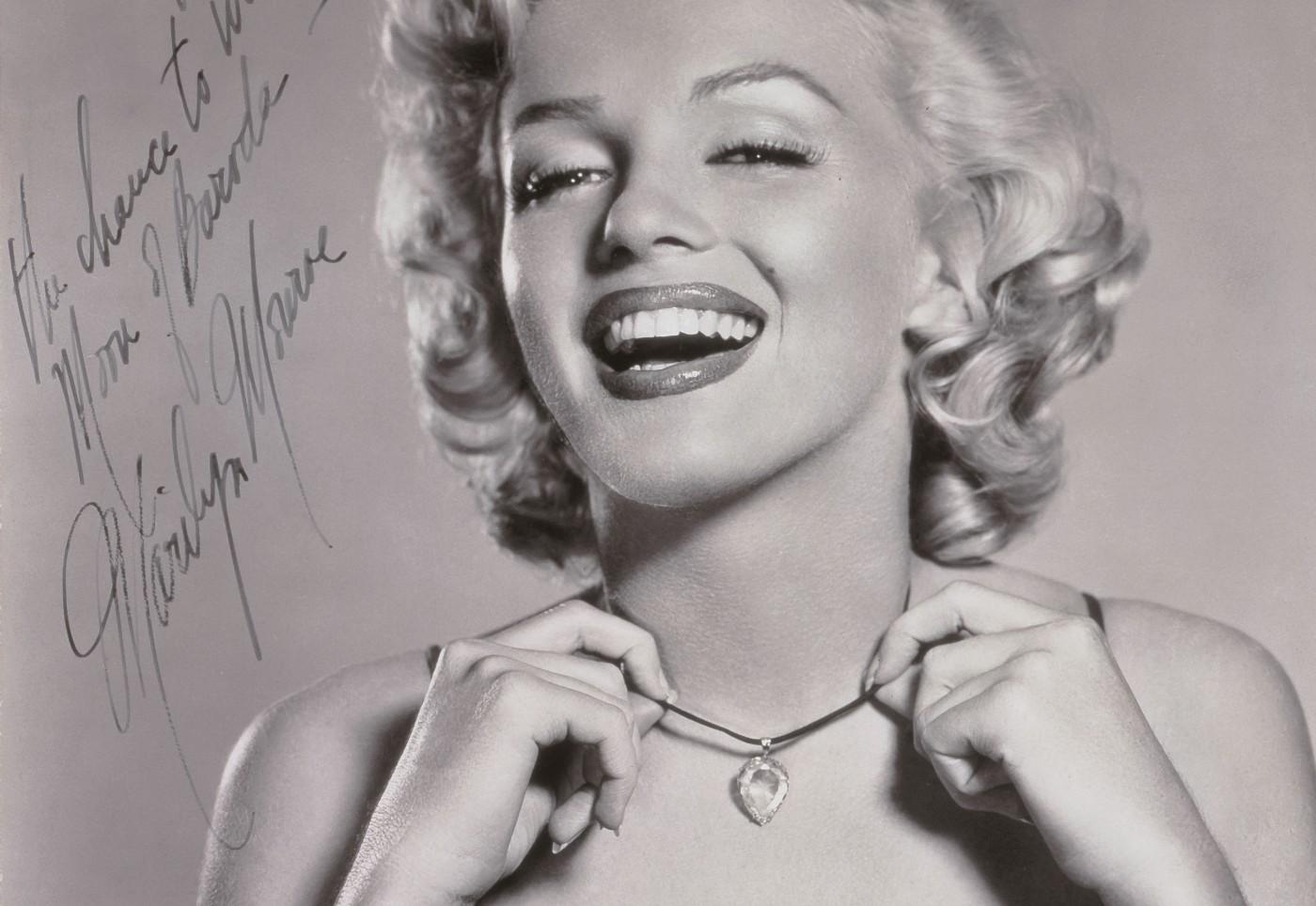 “It’s gorgeous,” was all Marilyn Monroe could say when she first set eyes upon the Moon of Baroda; not a heavenly body to rival her own, but a rare 24.04 karat canary yellow diamond. She wore it while promoting the classic 1953 comedy, Gentlemen Prefer Blondes, with its hit song, “Diamonds are a Girl’s Best Friend.” The classic stone became the highest bidder’s new best friend when it sold at auction November 27 at Christie’s Magnificent Jewels Hong Kong Sale. 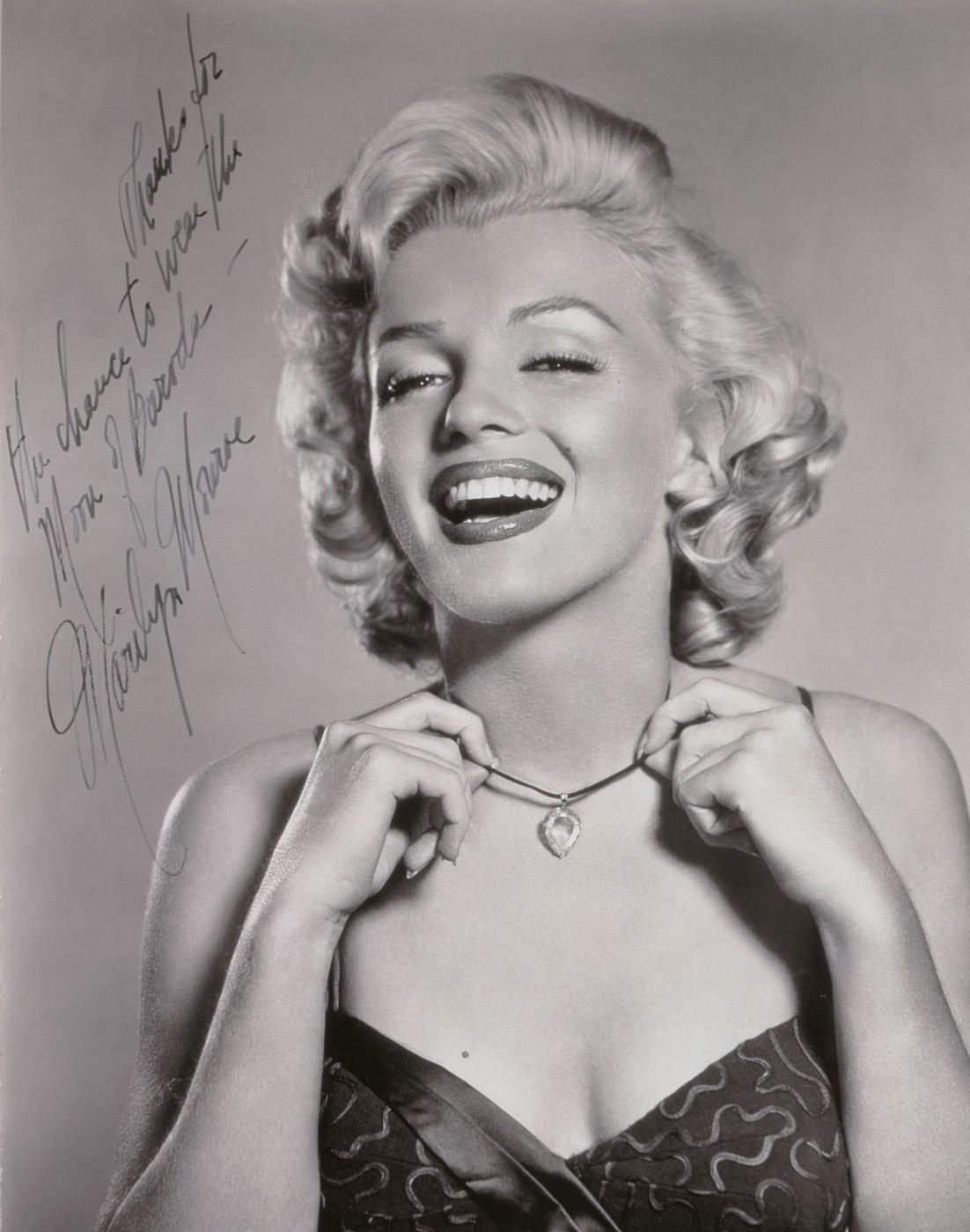 “We believe it was discovered in the 15th or 16th century. It has a very rich history,” says Christie’s Asia’s Connie Luk. “The fact that Marilyn Monroe wore it in early fifties gets a lot of attention. It was in the hands of the private collectors for many years.”

The earliest collectors would be the Gaekwads of Baroda, princes of one of India’s most ancient and powerful ruling families. It was later gifted to the Habsburg Dynasty’s only female monarch, Maria Theresa of Austria, but was returned to the Gaekwads after her death in 1780. In 1860 it was fitted to a necklace and soon landed in the collection of Prince Ramachandra. It was brought it to the U.S. in 1926 and later exhibited in L.A. during the Easter Fashion Festival of 1942.

Some time in the early 1940s it was sold to Samuel H. Deutsch, a diamond cutter and jewelry manufacturer in Cleveland, Ohio. A few years later, it was sold to Meyer Rosenbaum, President of the Meyer Jewelry Company in Detroit. Rosenbaum leant it to Monroe in 1953, the legendary actor’s breakout year.

The Gemological Institute of America has authenticated the stone’s provenance from the South Indian Golconda mine. Considered the world’s first diamond mine, it has been producing gems for 3,000 years, including such stones as the Hope Diamond and many of the gems in the British Crown jewels. 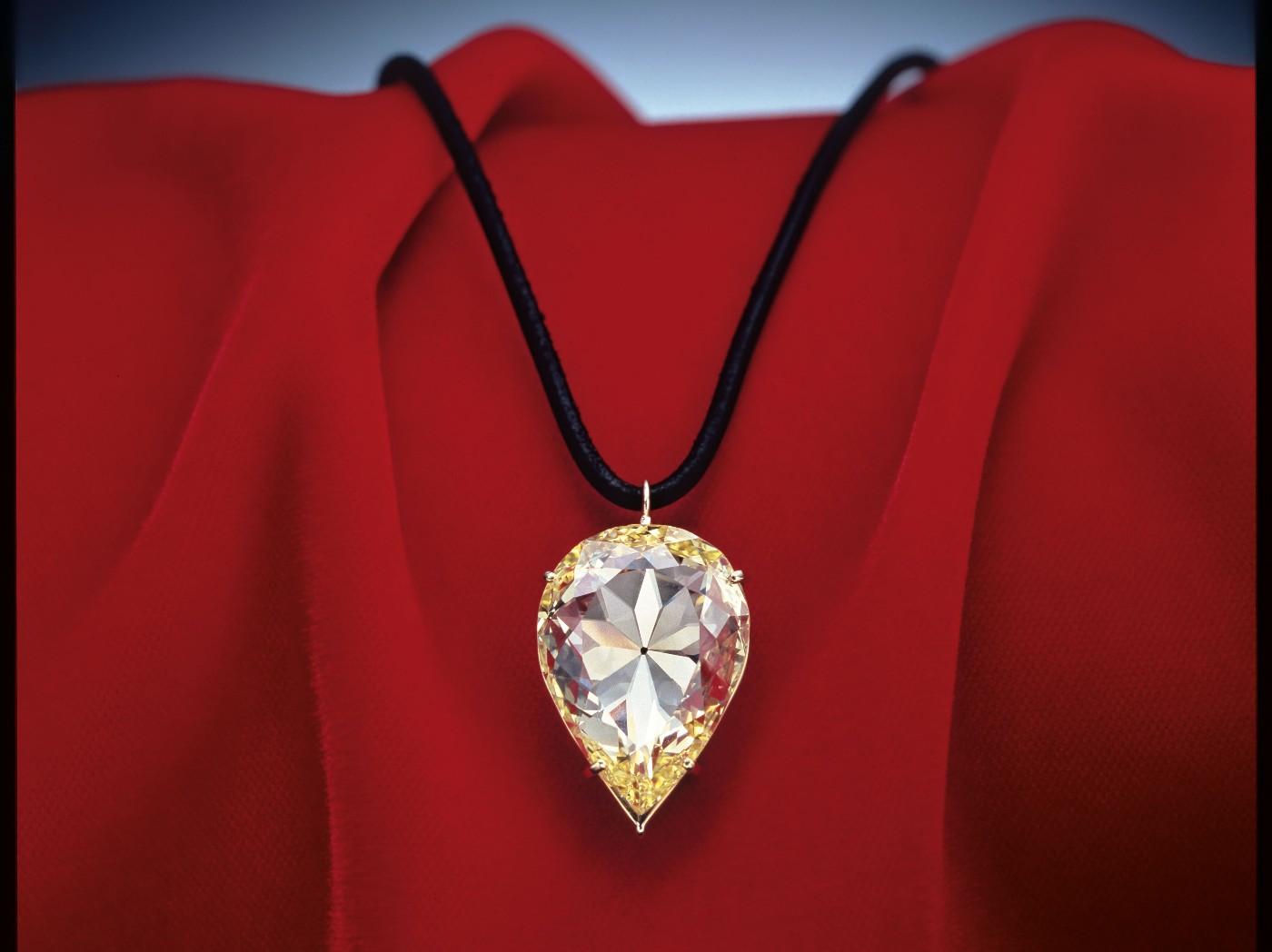 “Back then diamond cutting technology wasn’t as far advanced,” says Luk about the diamond’s 15th Century origins. “The stone itself is a little different than the normal cuts in a pear-shaped diamond you see in retail. They tried to cut it to retain the size and to keep the color, the canary yellow to be more saturated. I believe there is some nitrogen inside the diamond that gives it its color.”

In 1990, Christie’s sold the stone in New York City for $297,000, though the current estimated value was listed between $500,000 and $750,000. Not helping is a rumored curse alleging that if the gem travels overseas, bad luck will come to its owner. Its 19th century stint in Austria ended with the death of Maria Theresa, and others claim that Monroe’s fortunes took a southward turn after wearing the stone in 1953, leading to addiction and suicide.

“A stone with such provenance and history, it’s quite a legendary stone,” says Luk, dismissing the rumored curse as mere gossip. And Christie’s had plenty of luck selling it at auction this week: the necklace ultimately fetched over $1.3 million.