Bellotto Exhibition Transports Viewers to the Splendor of 18th-Century Dresden 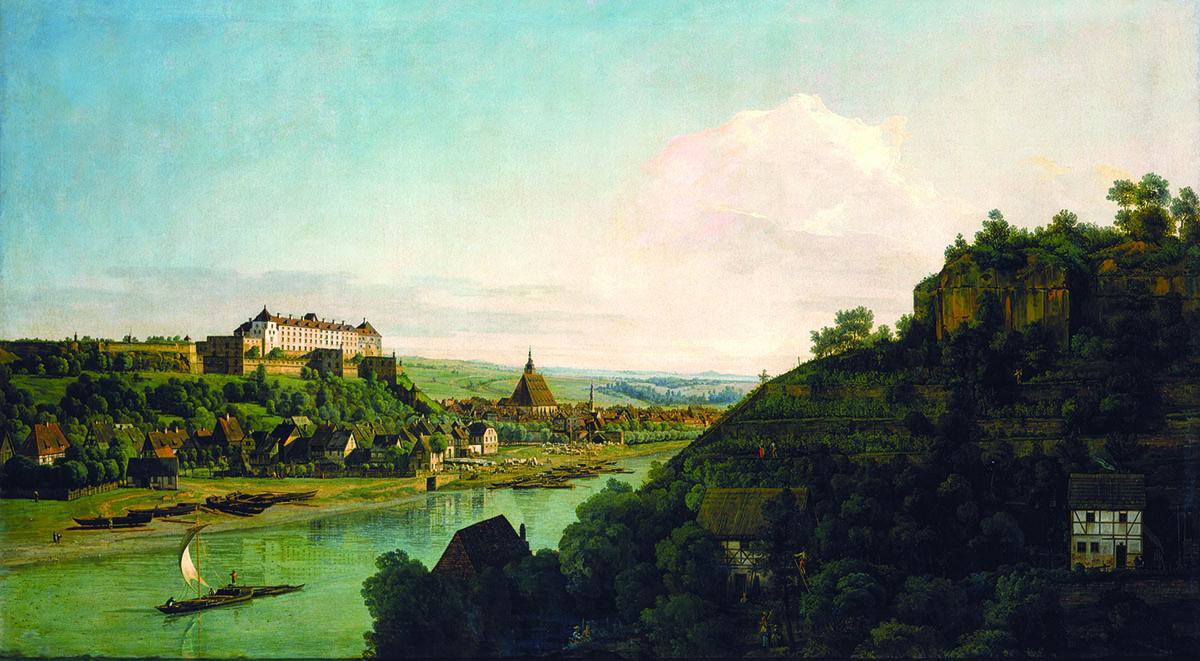 FORT WORTH, TX - Bernardo Bellotto is recognized as one of the greatest view painters in history, acquiring his fame in mid-18th-century Dresden as the court painter for the elector of Saxony, Frederick Augustus II—who was also King Augustus III of Poland. Over the course of a decade, Bellotto produced dozens of breathtaking depictions of the city and its environs, most measuring over eight feet in width. The success and renown of these grand, comprehensive works would earn Bellotto prestigious commissions at prominent courts throughout Europe. 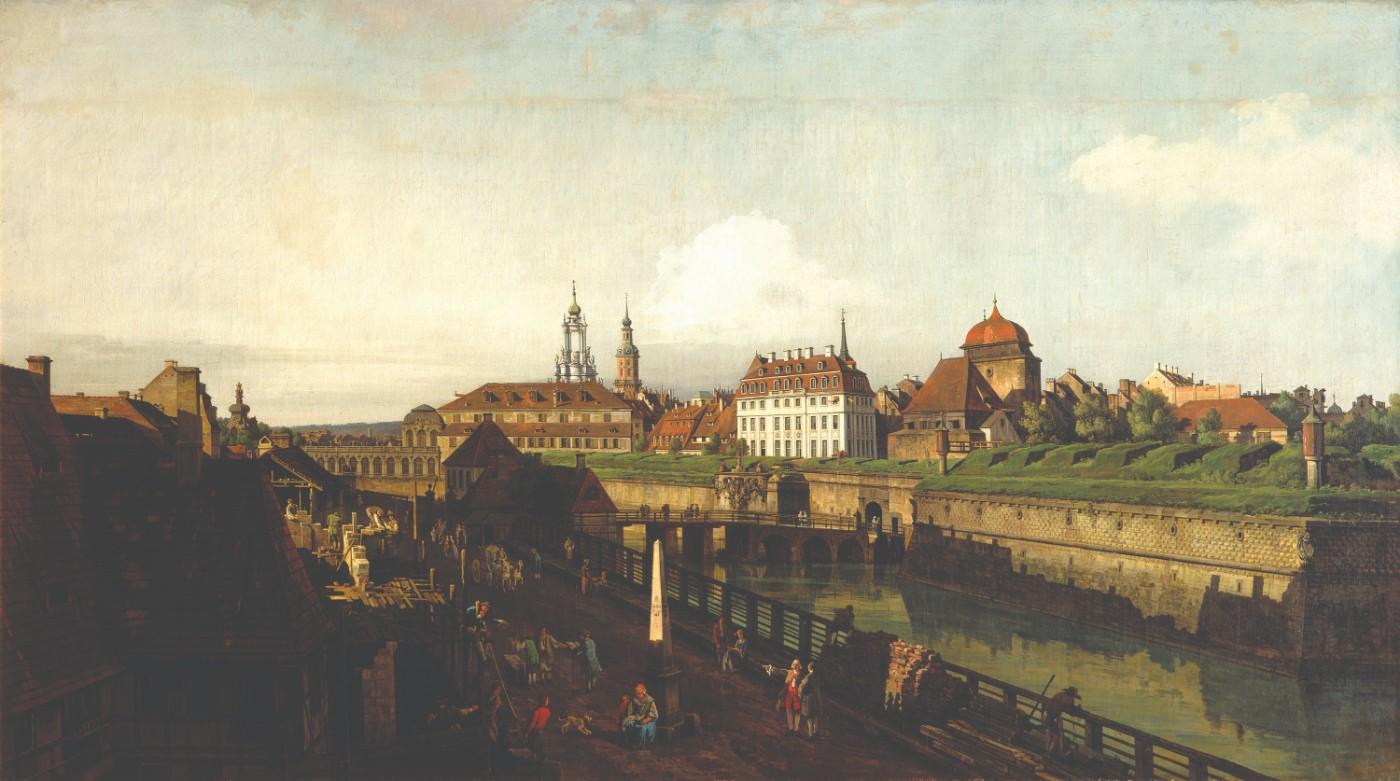 Bernardo Bellotto, The Former Fortresses in Dresden, 1749/50. Oil on canvas.

Bellotto’s magnificent paintings of Dresden are now in the collection of the Gemäldegalerie (Picture Gallery) of the Dresden State Art Collections and will be on loan to the Kimbell Art Museum for the special exhibition The Lure of Dresden: Bellotto at the Court of Saxony, on view February 10 through April 28, 2019. They will be accompanied by portraits and allegories of the elector and his queen, as well as view paintings of Venice and Saxony by Bellotto’s uncle and teacher Antonio Canaletto and Dresden court painter Alexander Thiele.

“These enormous and expansive paintings cannot be fully appreciated unless you are among them,” commented Eric M. Lee, director of the Kimbell. “The magnitude of their depth and scale, along with their extraordinary detail, draw the viewer into the scene. We’re grateful to the Gemäldegalerie for the loan of these important masterworks.” 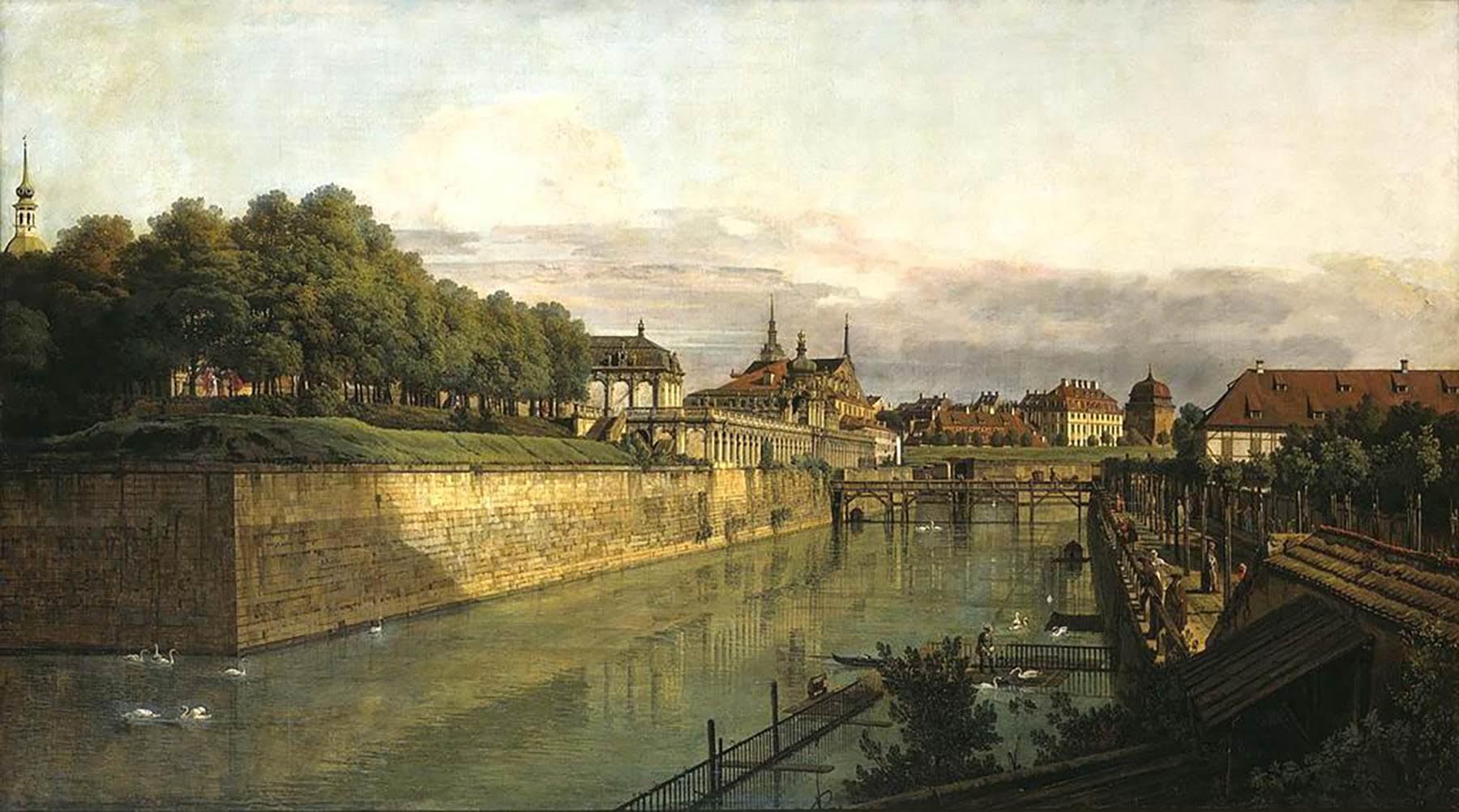 Bernardo Bellotto, The Zwinger Moat in Dresden, 1751/52. Oil on canvas.

Visitors to the exhibition will have the unique opportunity to view the majesty that was Dresden in the 1700s. One of the greatest cities of 18th-century Europe, it is only now, following its near-total destruction in the Second World War, being rebuilt to its former glory—with the aid of Bellotto’s pictorial legacy.

The Lure of Dresden: Bellotto at the Court of Saxony

In the 1740s, Frederic Augustus was engaged in a massive building campaign aimed at making his Saxon capital, Dresden, one of the most vibrant architectural and artistic centers in Europe, and he called the Venetian painter Bernardo Bellotto to court to document his accomplishments on a grand scale. Fulfilling this prestigious commission, Bellotto produced a series of majestic depictions of Dresden’s major buildings, grouped on the banks of the Elbe River, and of the nearby town of Pirna, with its stately fortress, Sonnenstein, perched on a cliff above the town.

Among the first paintings Bellotto completed after coming to the city was Dresden from the Right Bank of the Elbe, Above the Augustus Bridge. The painter crossed the bridge, seen at center, to the riverbank yard of a private residence. The changing skyline of the city spreads out from the left. The dome of the Frauenkirche, a massive Protestant church dedicated to the Virgin Mary, dominates the scene; the church, decades in the building, had been completed just a few years before Bellotto’s arrival. Near the end of the bridge rises the spire of the royal palace; just to its right are seen the first two levels of the Catholic cathedral, the Hofkirche, which would eventually feature its own spire, depicted in views of the town Bellotto painted later on. All of these monuments were either razed or gravely damaged in the bombings of 1945, but each has been rebuilt in the last 20 years. 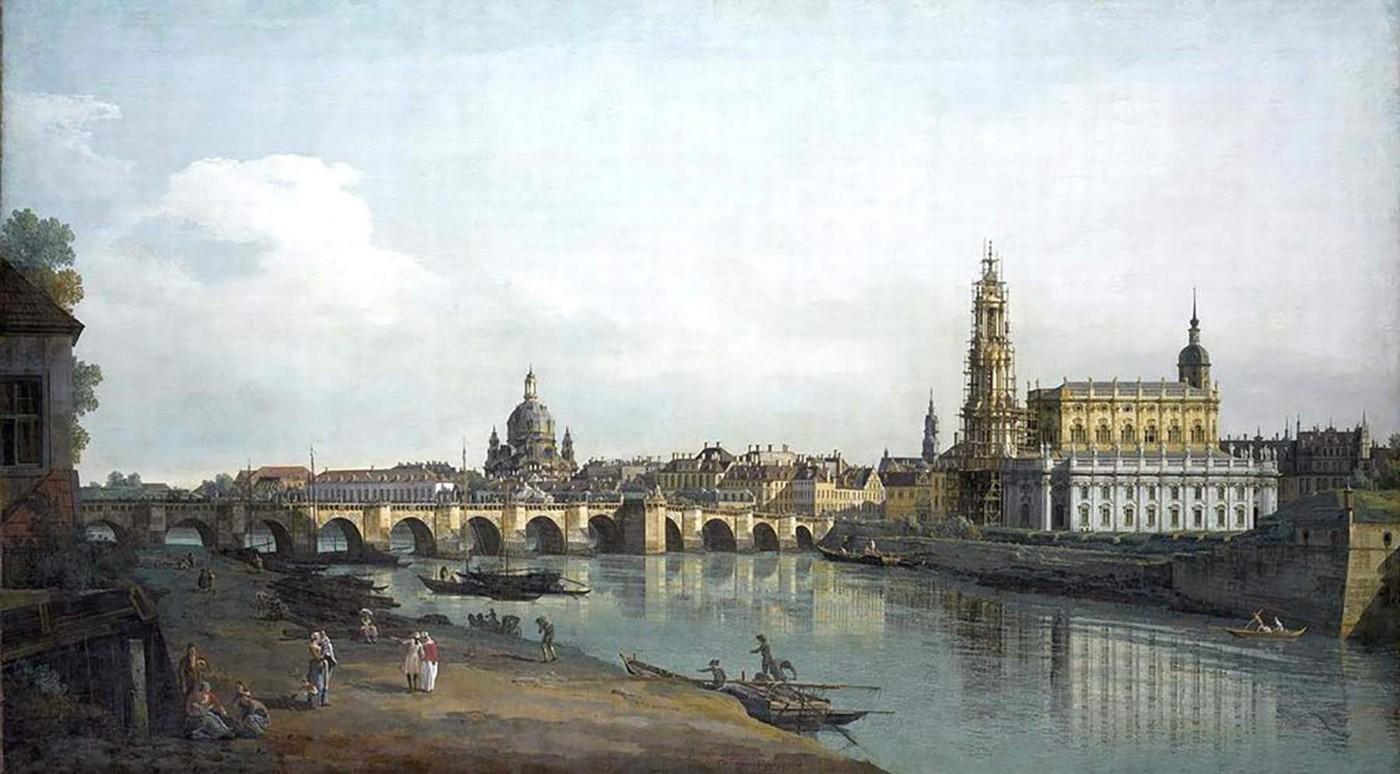 Bernardo Bellotto, Dresden from the Right Bank of the Elbe, below the Augustus Bridge, c. 1751/53. Oil on canvas.

Bellotto’s paintings are often as fascinating for their anecdotal details as for their sweeping depictions of architecture. The people grouped in the foreground of the view from the right bank of the Elbe attest to Dresden’s role as an international capital: they have been identified as two prominent Italians, the court physician Filippo di Violanti and the opera singer Niccolò Pozzi, joined by a third man in Turkish costume. Similarly, the riverbank in The Former Fortresses in Dresden is teeming with city dwellers plying their trades; the artist casts their activity into shadow, but a signpost-obelisk catches the low light of the sun, drawing the viewer’s gaze from the brightly lit facades in the distance back onto the action in the foreground.

The varied architectural features Bellotto captures range from the massive castle of Sonnenstein, built in the Renaissance as a fortress above the Elbe, to the Zwinger, the ceremonial court buildings adjacent to the Royal Palace. This complex was constructed by Augustus the Strong—father to Bellotto’s patron—upon his return to Saxony from a visit to France, where he had admired the Chateau of Versailles. Today, the complex is home to the 19th-century Gemäldegalerie, housing masterpieces of European art from the Renaissance to the 18th century, as well as the Porzellansammlung—the Porcelain Collection—which celebrates the great achievements in porcelain manufacture made by the royal factory at Meissen.

In addition to the magnificent loans from the Gemäldegalerie, two seldom-seen fantasy views of palaces—their stairs and arcades serving as backdrops to portraits of Bellotto and his patrons— will be on loan from the El Paso Museum of Art and the Agnes Etherington Art Centre at Queen’s University, Kingston, Ontario. And from Frederic Augustus’s fabled Porcelain Collection will come an extraordinarily rare and ambitious Meissen vase, nearly three feet tall, including a portrait of the monarch in triumph.