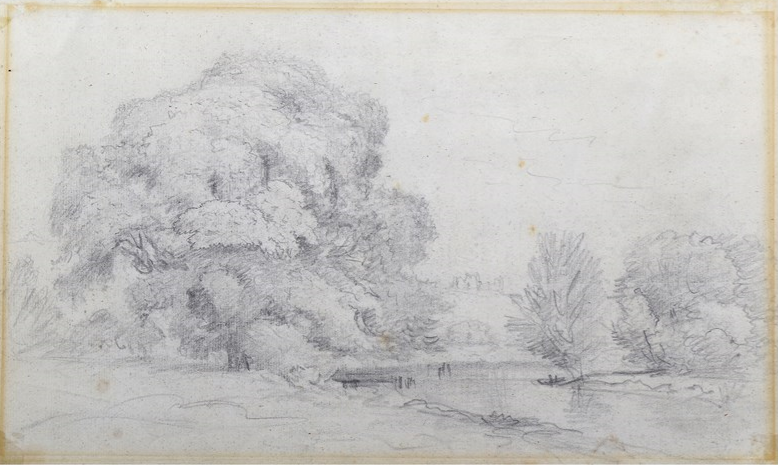 John Constable, A River Landscape: A group of tall trees on the left, a bend of the river with willows on the far bank on the right, in the background a hill with a castle. Estimate: £6,000- £8,000.

After over 50 years hidden from the public view, three works by one of Britain’s greatest painters came to the auction block this week. John Constable’s (1776-1837) oil landscapes of the British countryside are some of the most famous in the genre, and his works are highly valued in his homeland and beyond. 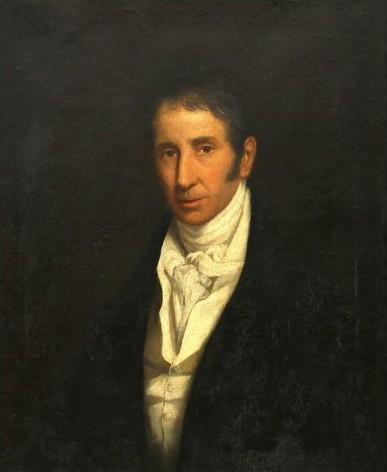 Chiswick Auctions in London offered the three works at their British & European Fine Art sale yesterday, with impressive results. A pencil landscape drawing that captures in a few lines the beauty of Constable’s beloved countryside was the breakout star. A River Landscape: A group of tall trees on the left, a bend of the river with willows on the far bank on the right, in the background a hill with a castle (above) likely depicts Framlingham Castle, a subject Constable frequently turned to in the early 1800s. Estimated at £6,000- £8,000 ($7,600 - $10,000), the sketch sold for a stunning £87,500 ($110,960), 14 times it's low estimate.

Two of the other works offered at auction belonged to the art historian Ronald Brymer Beckett (1891-1970), who was an expert on Constable and published eight volumes of his collected letters. A Portrait of a Gentleman (c. 1809) is one of over 100 portraits Constable produced in his lifetime and is thought to depict the artist’s uncle, Abram Constable of Wormingford. Publicly unseen for over 70 years, the work shows Constable’s keen attention to detail across genres and his ability to convey the personalities of his sitters. 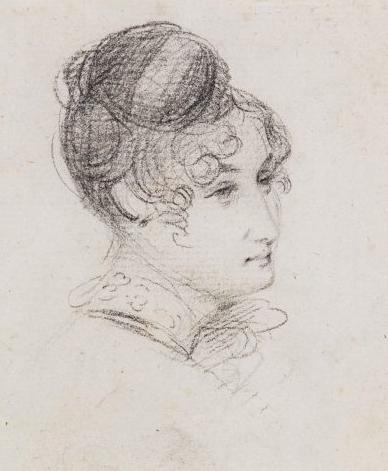 A second portrait showcases Constable’s delicate and expressive use of line to great emotional effect. Thought to be a portrait of his beloved wife, Maria Elizabeth Bicknell, the sketch would have served as a love-letter between the two, who were often separated due to his work. Despite opposition from her family, the couple married in 1816 and Maria bore seven children before her untimely death of tuberculosis in 1828. Constable was passionately devoted to his wife and was devastated by her loss. This sentimental portrait, a testament to their love, sold for £10,625 ($13,473) against a pre-sale low estimate of £8,000 ($10,000).

Though a member of the Royal Academy and a popular teacher there, John Constable only achieved moderate success in his lifetime. He relied on wealth inherited from his family and his wife, committed to pursuing his career as an artist. His work sold well in France, though he refused to travel outside of the country. After the death of his wife, he raised their seven children alone. Now, his large landscapes are considered masterpieces of the genre and are highly valued, driving up the value of minor works these.