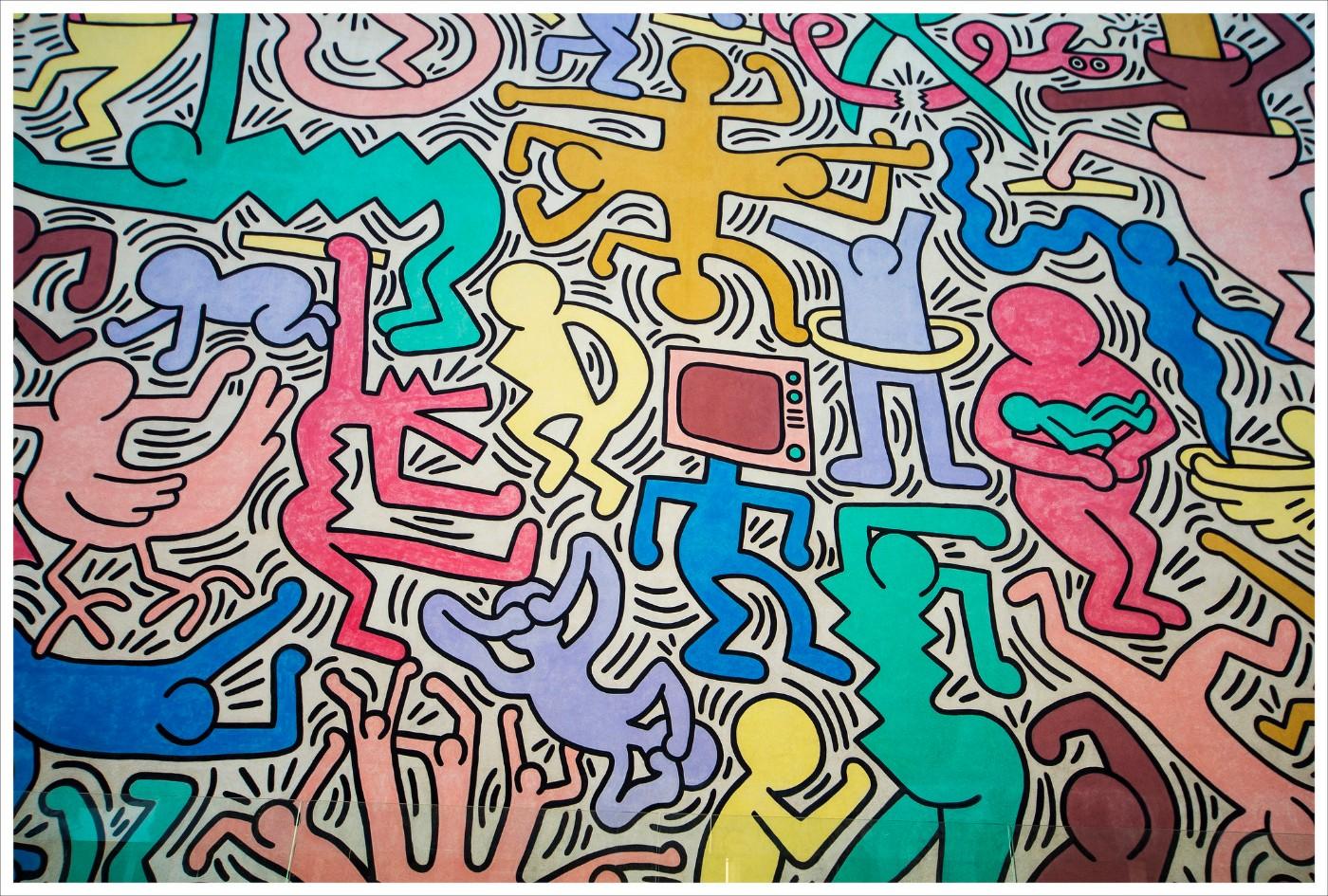 When Italian university student Piergiorgio Castellani booked his winter-break holiday in New York in 1988, he expected to see major artworks in museums–not major living artists walking nonchalantly down the street. But the observant 19-year-old soon made a celebrity sighting, one that proved fateful for the career of celebrated street artist Keith Haring, Castellani’s hometown of Pisa, and now, 30 years later, for the nonprofit Materia Prima Foundation, an artist residency program that Castellani created as part of his Tuscan winery. 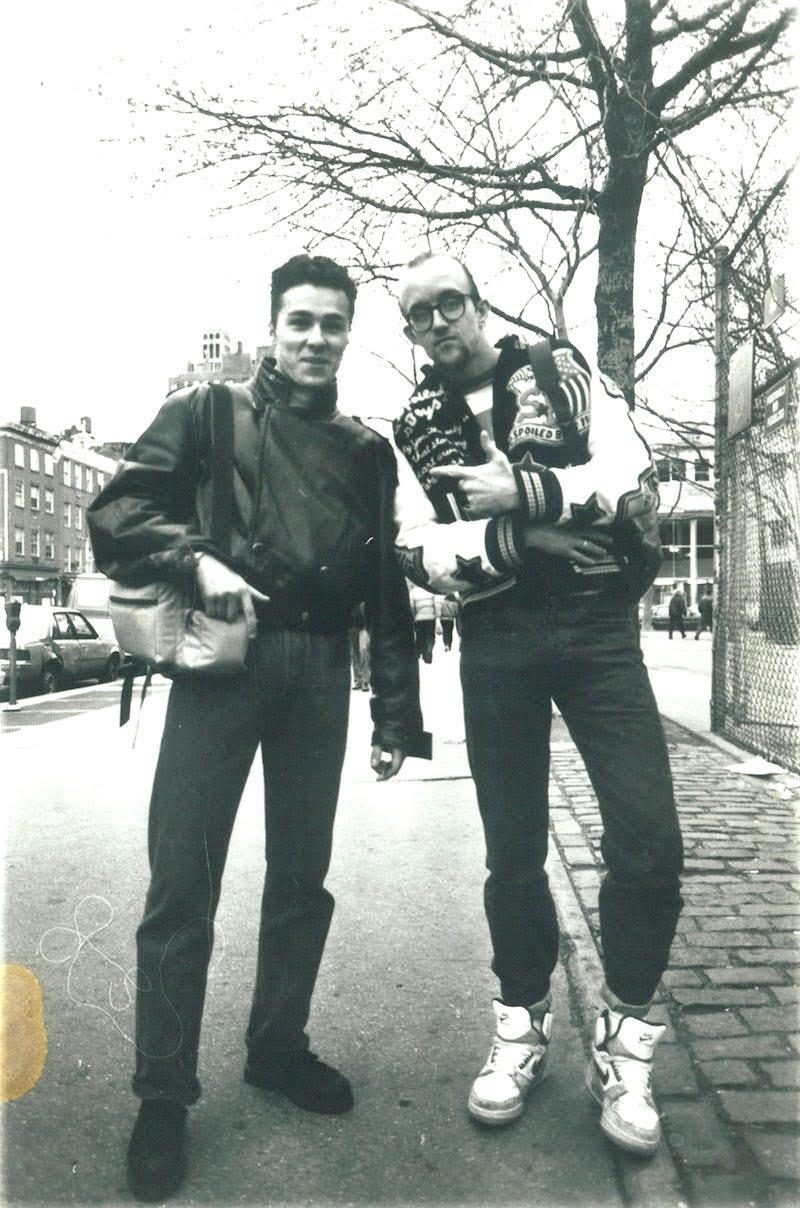 “I recognized Keith on a sidewalk in the East Village and wanted to approach him and thank him for his work, take the opportunity to meet him in person,” Castellani told Art & Object. “It made sense during our conversation to ask him to come to Pisa to create an impactful work of art there.”

The gregarious Haring, known for being approachable and open to creating pro-bono projects in international locations such as a Parisian children’s hospital, the Berlin Wall, and an Australian school, invited Castellani to visit his studio in SoHo the next day. Together they began planning a project on the other side of the Atlantic, one that Castellani’s family would logistically coordinate and Haring would execute. The result of their chance encounter was Haring's last public mural, Tuttomondo (1989), created less than a year before the artist died of AIDS-related complications and which celebrated its 30th anniversary on June 19 of this year.

The 180-meter mural, painted on the exterior southern wall of the Church of San Antonio, depicts 30 colorful figures in the artist’s characteristic cartoon-like style with an overarching theme of peace and harmony. It is now a contemporary treasure in a town otherwise known for its famously leaning tower and masterpieces of the late Gothic and Renaissance, and was equally beloved when Haring was painting it and crowds regularly gathered around the scaffolding to watch the artist at work. 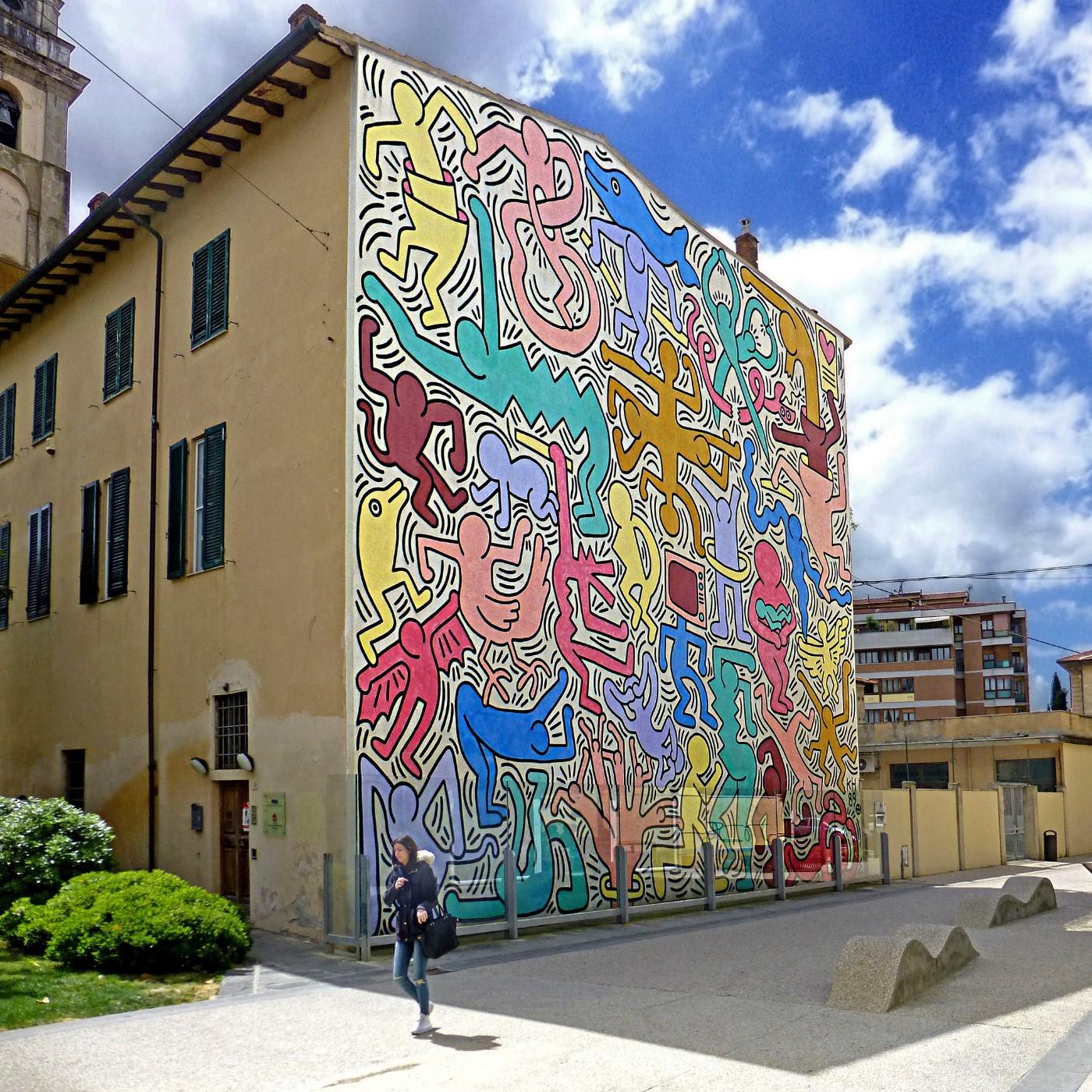 “Every day there would be more and more people,” Haring later recalled in his authorized biography. “When I put my last stroke on the wall, it all seems incredibly Felliniesque. It all seems utterly unreal–beyond anything I had ever experienced before.”

In addition to the colorful mural, Haring left another gift during his time to Italy. To thank the Castellanis for making arrangements so that he could paint Tuttomondo, he gave the vineyard-owning family an original drawing that could be used as a wine label someday. The simple black and white image is of one of Haring’s balloonish figures enveloped by a bunch of plump grapes, still on the curlicued vine.

Castellani carefully kept the label and decided to use it this year on a line of Super Tuscan wines (currently distributed solely in New York), both to commemorate the 30th anniversary of Haring’s Pisan mural and to benefit the artist residency program at Materia Prima. 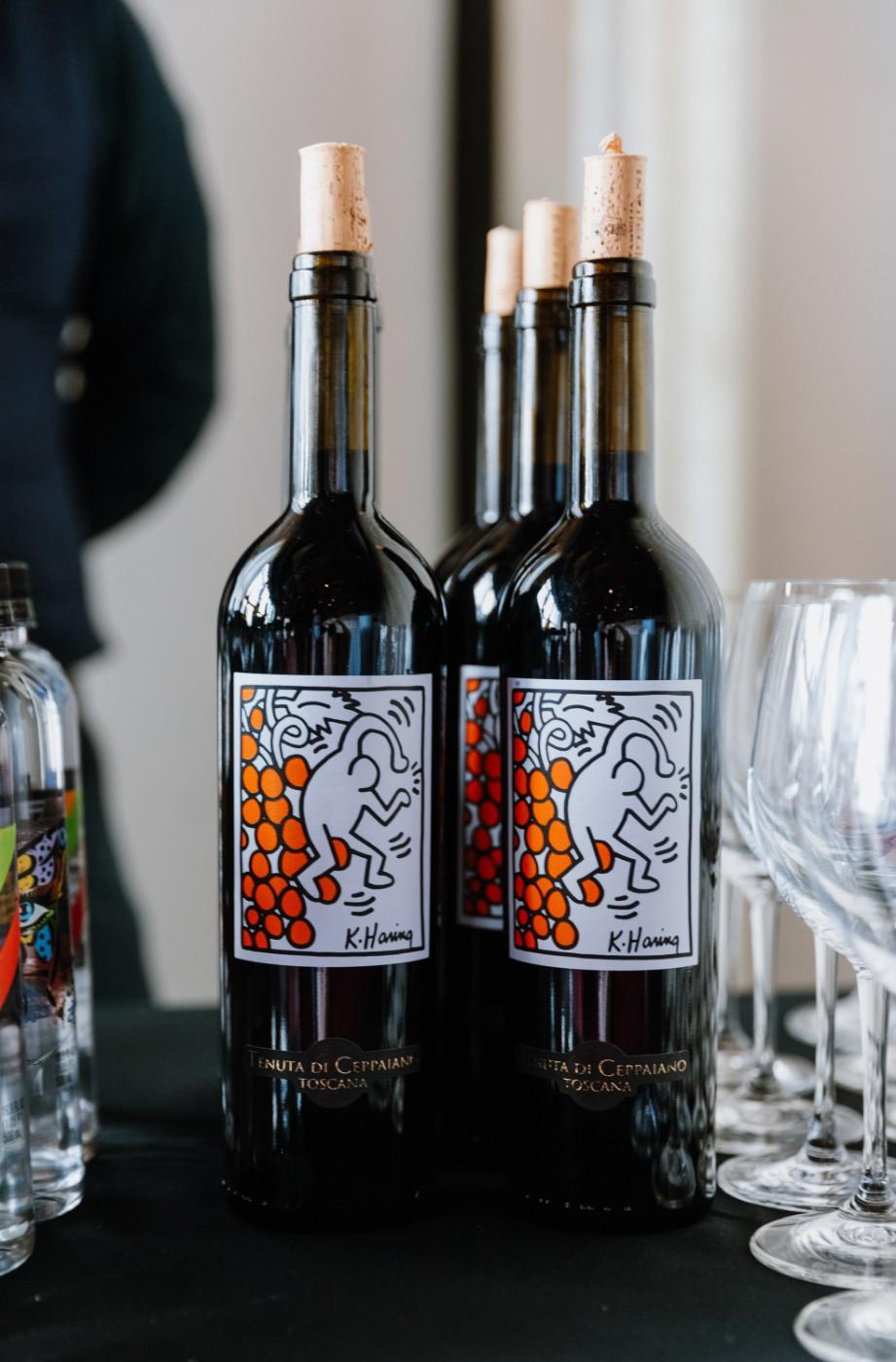 Courtesy of the Materia Prima Foundation

Founded in 2012, Materia Prima hosts artists at the Pisan Ceppaiano vineyard for periods of one to two weeks and provides housing accommodations as well as studio space. During the past five years Materia Prima has hosted nearly 30 artists, some of whom have also gifted artworks to the program to adorn future wine bottles produced by the vineyard.

The idea of infusing wine with artwork is not a new one. Less than an hour’s drive south of Ceppaiano is the Ornellaia vineyard, whose Vendemmia d’Artista program commissions a contemporary artist each year to create work for the estate. It recently collaborated with photographic artist Shirin Neshat to produce a series of limited-edition wine labels that will be auctioned in September to benefit the Solomon R. Guggenheim Museum Foundation.

But the idea of selling wine to encourage contemporary emerging artists to continue creating is not widespread, and one Castellani hopes to actualize. "Without question, Pisa is one of the highlights of my entire career!" Haring recalled of his experience painting the Tuttomondo mural. It is Castellani’s hope that with the proceeds of a wine bearing Haring’s recognizable artwork, he can support additional artists who wish to experience creating in Pisa.