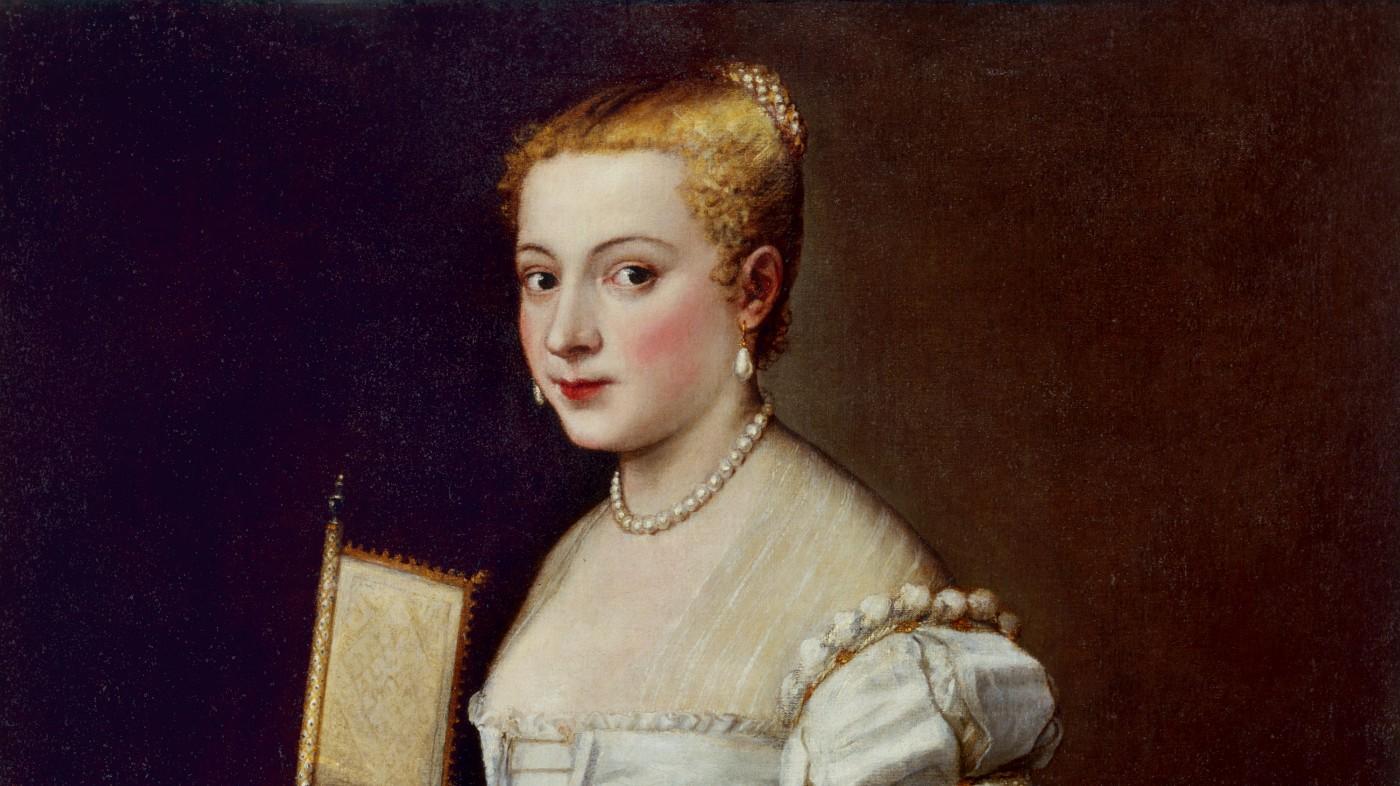 She looks sideways at the viewer, limpid dark pools for eyes, strawberry curls setting off the flush of her cheeks and lips of faded fuschia. Who is she? She is the Lady in White. More than that, none can say. Sprung from the brush of Tiziano Vecelli, or Titian, she was referred to by the artist as “my most beloved object” and “a portrait of she who is the absolute mistress of my soul.” Some say she is an idealized figure of feminine beauty, others a favorite model, and still more think she is the artist’s eldest daughter, Lavinia, on her wedding day. Name or none, she has landed at the Norton Simon Museum in Pasadena, making her first stop ever in California, through March 25. 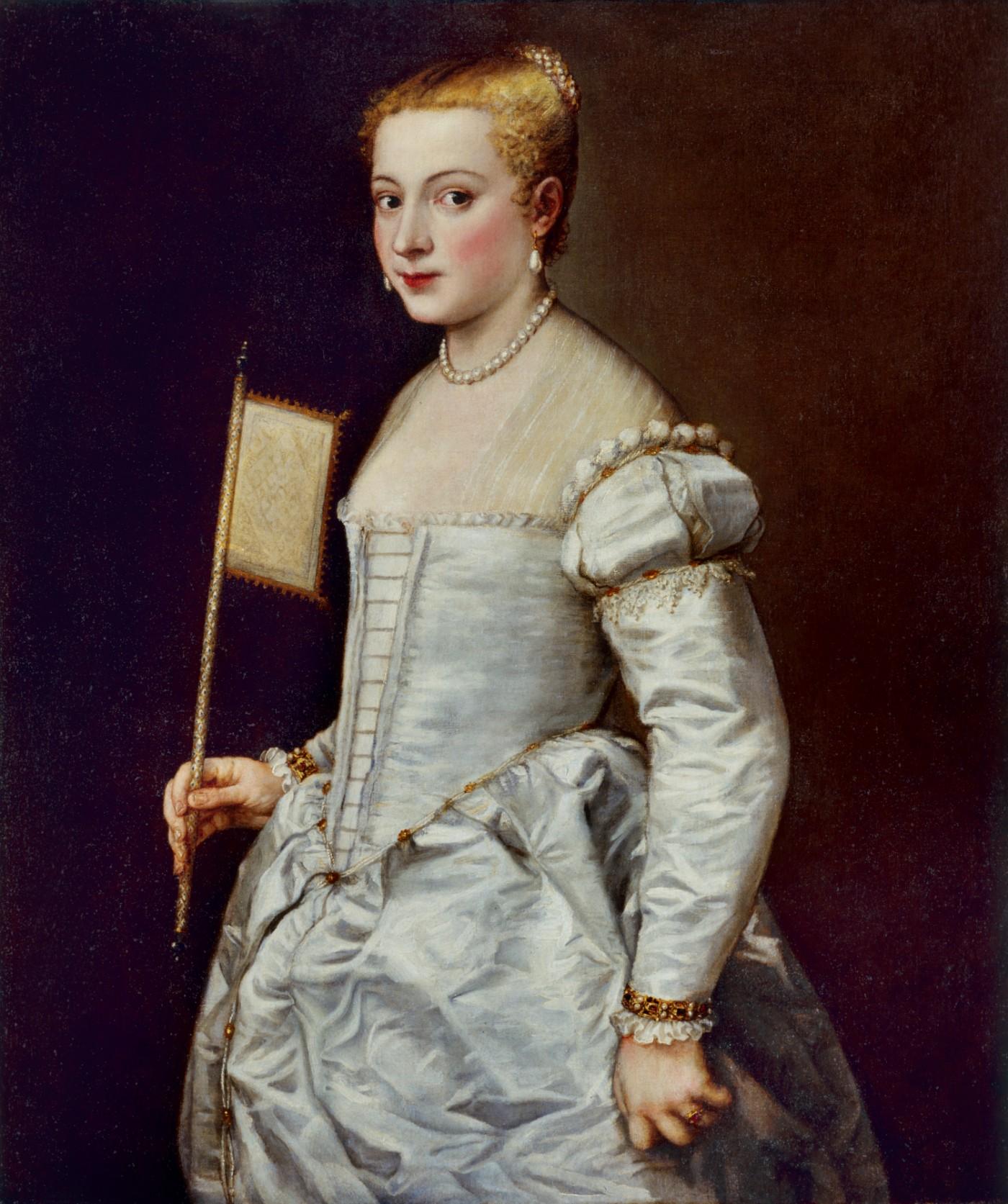 “She is a mystery to us,” Chief Curator Carol Togneri tells Art & Object about the portrait of a young woman in a wedding gown, trimmed in pearls and finery, holding a flag fan and turned three-quarters toward the viewer. “It was thought for a long time to be painted for Lavinia for her wedding. I believe she was married around 1555, that was a date that usually stuck with it. But Dresden (Gemaldegalerie Alte Meister, where the painting is from), places it about the 1560s. It very well could be his illegitimate daughter, Emelia. She’s married but she married a little late for this picture.” 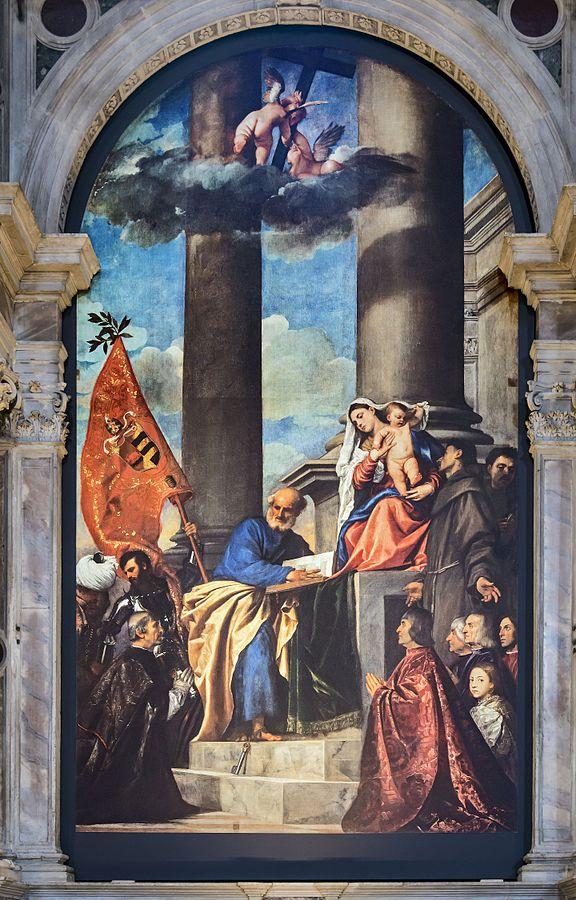 The unnamed figure beguiled Titian enough to make several copies of the painting, none of them extant, though Rubens painted a nearly identical version, and another by an unknown artist (possibly Titian), hangs in a museum in Kassel, Germany. Lady in White is in some ways a typical example of Titian’s later work. By this point in his career, about 15 years before he succumbed to the plague in 1576, the artist famous for his use of color seemingly turned in the opposite direction.

To the untrained eye, Lady in White could be mistaken for the work of an artist different than the colorist behind masterpieces like the Pesaro Madonna altarpiece (1519-1526). Saint Peter’s blue robe echoes the sky behind him, a faded saffron banner displaying the papal arms, frame left, joins a lighter shade of the same worn by the Virgin on the right. By contrast, Lady in White employs subdued tones and a modest use of red.

“He does some spectacular pictures that are all very monochromatic with no color in them whatsoever,” Togneri says of Titian’s later work. “This one is veering toward that. You can see a reddish background, but except for her lips and some of the jewels in her bracelet, it is not very colorful. Those cheeks and those lips and those beautiful brown eyes are about the most coloristic you will find on the whole canvas.” 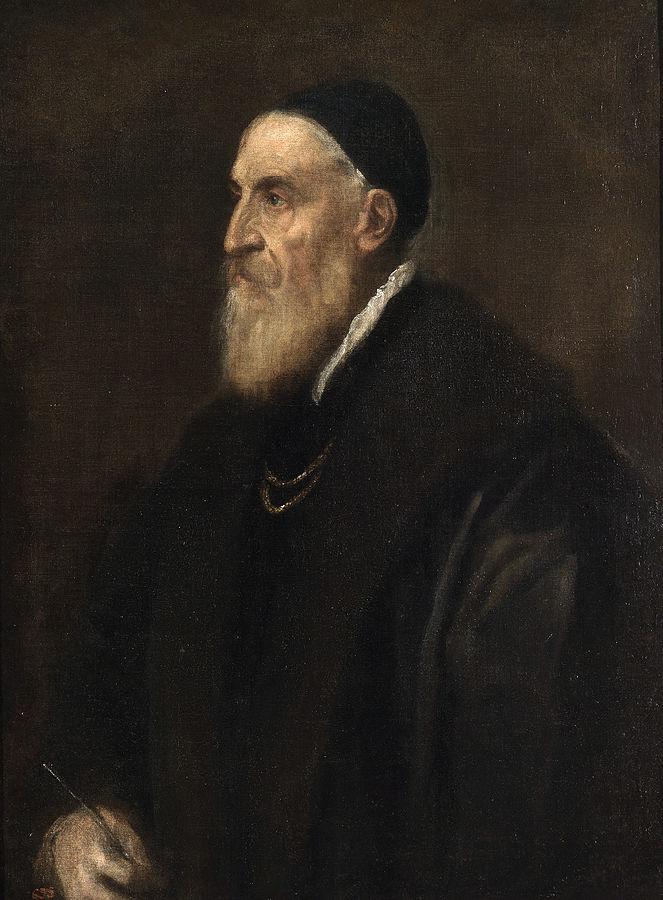 Whatever dynamism Titian loses in his pallet by this period, he gains in his brushwork. Studying the folds in her dress at the bottom of the painting, his brush is plainly evident, adding a texture that prefigures 19th Century artists by roughly 300 years. “He’s painting pictures that are much more impressionistic as we know them today. This one’s tight, but it’s not nearly as tight as some of his earlier portraits from the 1540s. He gets woolier over the next 10 years,” offers Togneri.

Tizziani Vicelli began life some time around the end of the 15th Century in Pieve di Cadore, a mountain town near the Eastern Dolomites, roughly 110 kilometers north of Venice. At an early age he found an apprenticeship with the Bellini brothers, Giovanni and Gentile, one of Venice’s most successful studios. There he met Giorgione and the two went on to found the Venice school of late Renaissance art, one that favored color over form. His clientele included Pope Paul III, Emperor Charles V and the House of Hapsburg. Titian’s revolutionary impact on the use of color resonates in the works of great masters that followed, including Tintoretto, El Greco, Rubens and Delacroix through to the impressionists.

Beginning in 1561, Lady in White hung in the ducal palaces of Alfonso d’Este in Modena and Ferrara. In 1746, August III, Elector of Saxony and later King of Poland, purchased it and has held it since. It has undergone three restorations beginning around 1826, the latest being 2007, when various coats of yellowing varnish were removed. Today, Lady in White, stripped of her dingy layers, wears white again, her visage as beguiling as the day Titian’s brush dried. And behind her demure smile and limpid brown eyes, still she holds her centuries-spanning mystery.