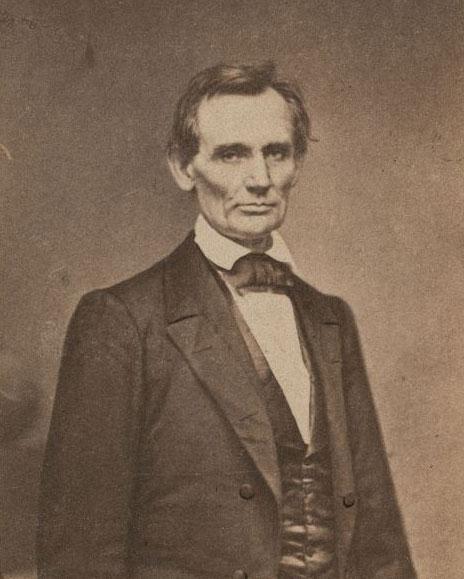 Photographer Mathew Brady (1822-1896) is mostly remembered today for his Civil War images—wounded soldiers resting under trees, prisoners awaiting transportation, scores of dead combatants lying in bloody fields—and is considered one of the pioneers of photojournalism. Yet Brady had already secured his status as a premier photographer prior to the outbreak of war, having founded a flourishing daguerreotype studio in New York in 1844 where he photographed the best and the brightest of the Antebellum Era, such as Martin Van Buren, former first lady Dolly Madison, and then-presidential hopeful Abraham Lincoln.

A sampling of Brady’s pre-war portraits are currently the subject of an exhibition at the Smithsonian National Portrait Gallery in Washington, D.C. (A comprehensive virtual tour of all of NPG’s Brady portraits, including an index of sitters, is available here.) The show features historic engravings, advertising broadsides that marketed Brady’s studio, and the portraits themselves--some daguerreotypes, others done via ambrotype, a next-generation daguerreotype done on glass and viewed by reflective light. Ambrotypes were considered the height of photographic innovation, and Brady made sure that he was at the vanguard of this innovative industry.

Antebellum Portraits by Mathew Brady takes up a small corner of the first floor of the National Portrait Gallery, where a dozen sensitive images are shielded from light—daguerreotypes are incredibly light-sensitive and must stay shrouded in shadow to remain intact—yet these tiny treasures reveal volumes about the people who sat for these portraits as well as the shrewd businessman who took them. A common request was to create cartes de visite, small photographs mounted on thick paper and used as visiting cards. Portraits of celebrities were even traded among fans, much like baseball cards are today. Brady’s cartes de visite were lush affairs: double-sided ambrotypes nestled in velvet-lined leather cases with brass mats.

Perhaps the black tulip of the lot is the salted-paper print of senatorial candidate Abraham Lincoln. It is a rare, large-format, salted-paper print. (Salted paper prints were another photographic technique popular in the 1860s that involved wetting paper with ordinary table salt and silver nitrate.) Brady took this photo on February 27, 1860, the day Lincoln was set to address a crowd of Republicans at Cooper Union’s Great Hall. Up to this point, Lincoln was considered a backwater long-shot for the presidency, but Brady’s portrait of a well dressed, clean-shaven candidate helped change Lincoln’s image.

“We chose to focus on Mathew Brady’s pre-Civil War portraiture because it was during the period from 1844 to1860 that Brady built his reputation as one the nation’s most successful camera artists,” said Ann Shumard, exhibition curator and senior curator of photographs.

Brady eventually opened a studio in Washington, D.C. near the National Mall at 625 Pennsylvania Avenue. The free show runs from now until June 2018 at the Center for American Portraiture in Washington, D.C. More information may be found at npg.si.edu.

Pastel: Impressionism's Lesser Known Medium
Most people think of oil paintings when they think of Impressionism, but almost half of the works in the eight Impressionist exhibitions held in Paris between 1874 and 1886 were prints and drawings, and pastels have become increasingly popular with collectors.

How Abstract Art Gets Titled

The title creation process for abstract art can be fascinating. Sometimes titles are chosen by a family member, agent, or gallery.

It’s a recent development in art history to include women in numbers that, if not entirely commensurate with their place in society, are certainly far greater than previously.

There is a long history of an art ecosystem out in eastern Long Island. Today, a renewed interest in the area brings about a new generation of artists and galleries.