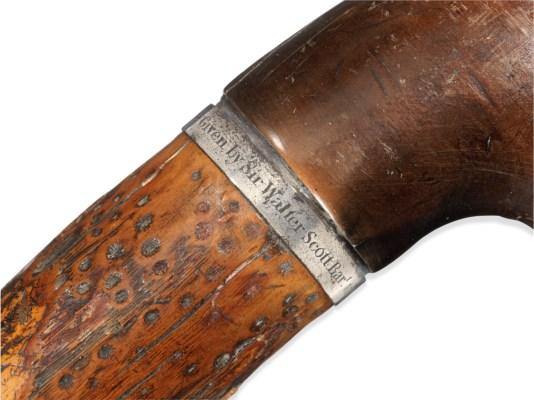 Coming to auction later this month at Christie’s in London is an early nineteenth-century walking stick that belonged to the Scottish novelist and poet Sir Walter Scott. Made of malacca, or East Indian rattan palm, this walking stick was given by Scott to the Scottish painter, William Allan in 1831, just a year before the author’s death. According to Christie’s, “The stick is recognisable from well-known portraits of Scott, including one painted by Allan himself (Edinburgh, Scottish National Portrait Gallery), and the portrait by Sir Thomas Lawrence, commissioned by George IV (Royal Collection).” It is estimated to fetch £3,000-5,000 ($3,800-$6,500) at auction on July 12. 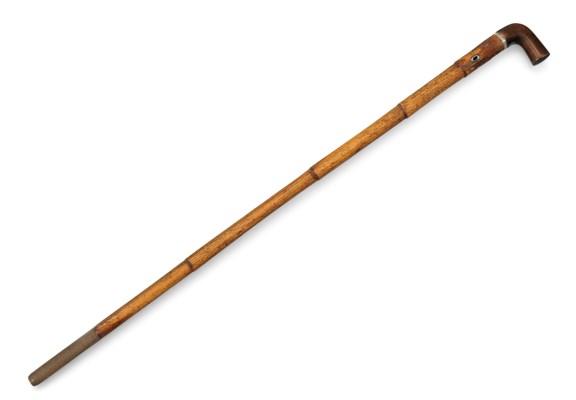 Walking sticks are the kind of personal artifacts that interest collectors. Those once owned by Charles Dickens, Henry David Thoreau, Max Beerbohm, and Branwell Brontë are all in institutional collections (Thoreau’s is currently on view at the Morgan Library). Desks are also coveted objets d’ auteur; one of Scott’s sold back in 2014 for $8,500.