Renaissance Nun Revealed to be Unlikely Artist Behind Masterpiece

A rare masterpiece from a 16th-century female artist is back on view after centuries of disrepair. Plautilla Nelli was one of a kind in early Renaissance Florence where female professional artists were practically non-existent. But despite cultural taboos including being barred from studying anatomy, Nelli built an economically self-sufficient eight-woman workshop in her convent. Nelli and her team of nuns would provide biblical paintings to wealthy patrons and churches across Florence.

Nelli’s 21-foot long canvas is the most ambitious subject she ever painted. Images of the Last Supper were reserved for confident, accomplished artists. Featuring thirteen figures, Nelli chose to depict the moment Christ reveals his betrayal, a dramatic and emotional moment that she handles deftly.

Despite success during her lifetime, Nelli was all but lost to obscurity until the American non-profit Advancing Women Artists (AWA) devoted themselves to her cause. AWA focuses on restoring the artworks and reputations of female artists in Tuscany's museums, churches and storage facilities. The rediscovery of Plautilla Nelli’s life story and art has been a central part of their work. The restoration of the Last Supper began over four years ago with a world-wide fundraising effort and has culminated in the full restoration of work, its return to public display, and a book covering the process, Visible: Plautilla Nelli and her Last Supper Restored (Florentine Press). 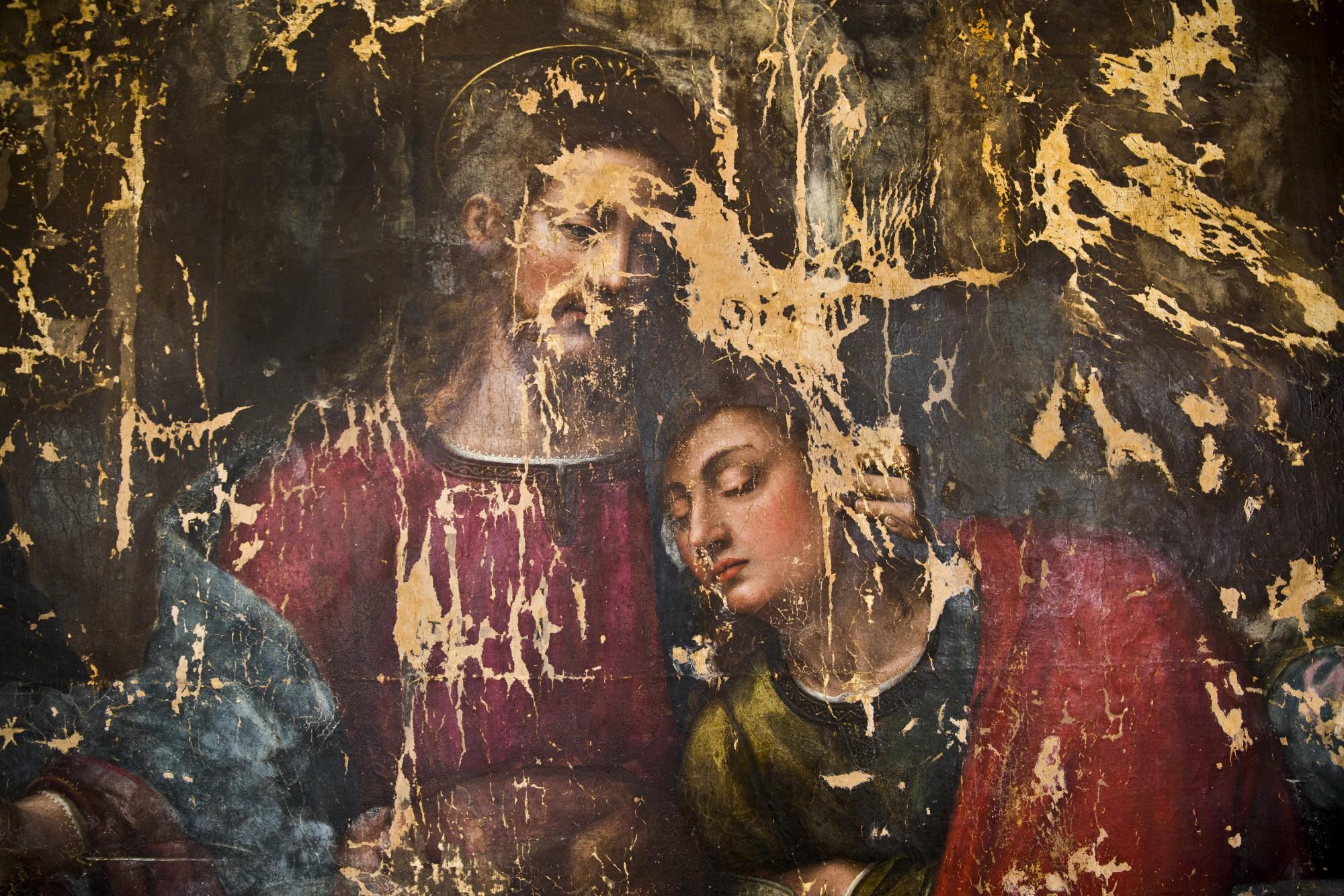 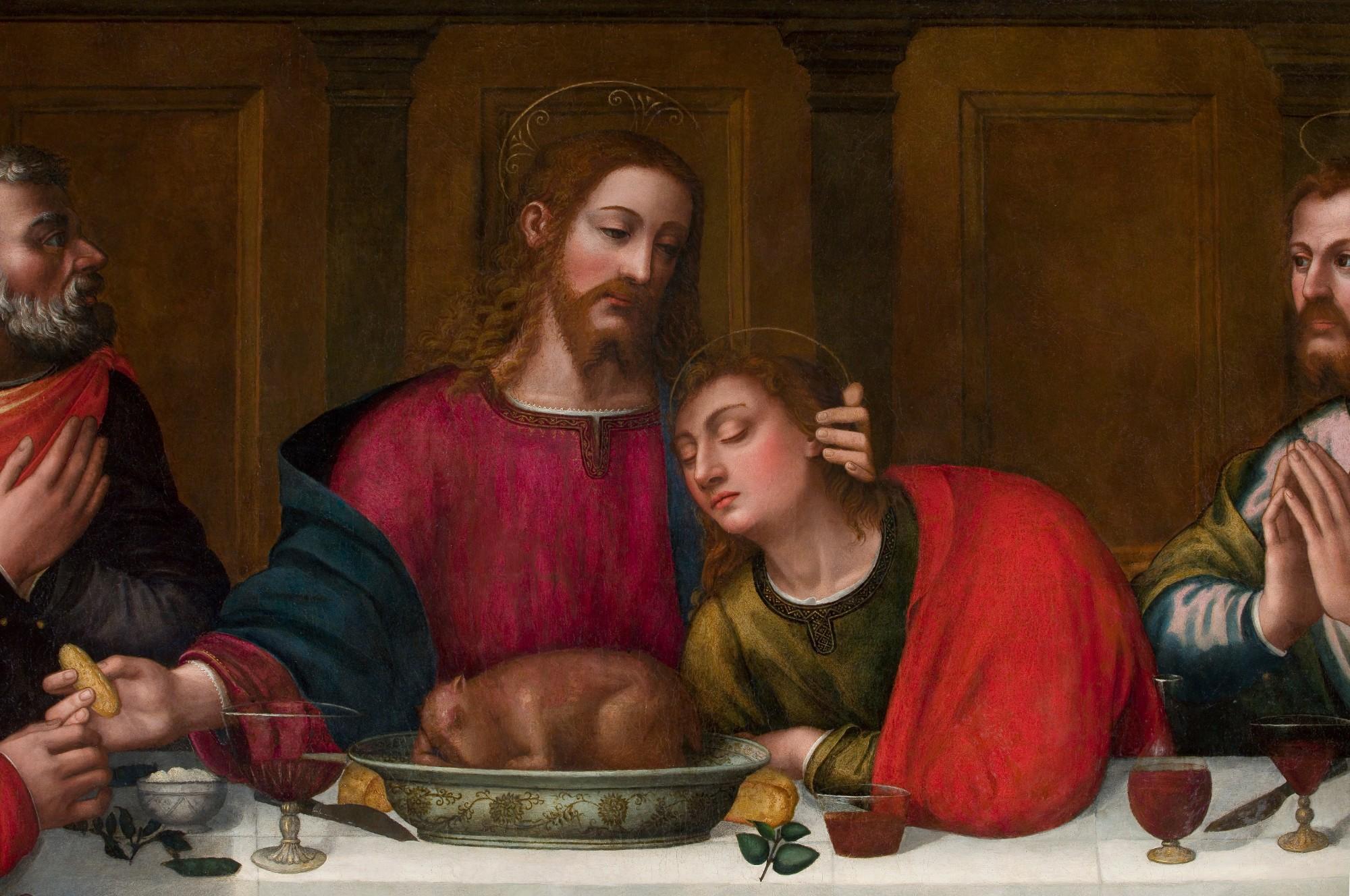 Nelli’s Christ and Saint John, before and after restoration

The work originally hung in her convent, Santa Catherina, which has since been destroyed. In 1817, it was moved to the Monastery of Santa Maria Novella, where it has stayed for two centuries. In 1966, Florence and the Monastary flooded, damaging the painting and 14,000 other works of art.

An all-woman team of curators, restoration artists and scientists worked to bring the Last Supper back to its former glory. Beginning at a microscopic level, the team learned as much as they could about the composition. “We restored the canvas and, while doing so, rediscovered Nelli’s story and her personality. She had powerful brushstrokes and loaded her brushes with paint. Reflectography revealed very little under-drawing… Plautilla knew what she wanted and had control enough of her craft to achieve it,” said conservator in charge Rossella Lari. 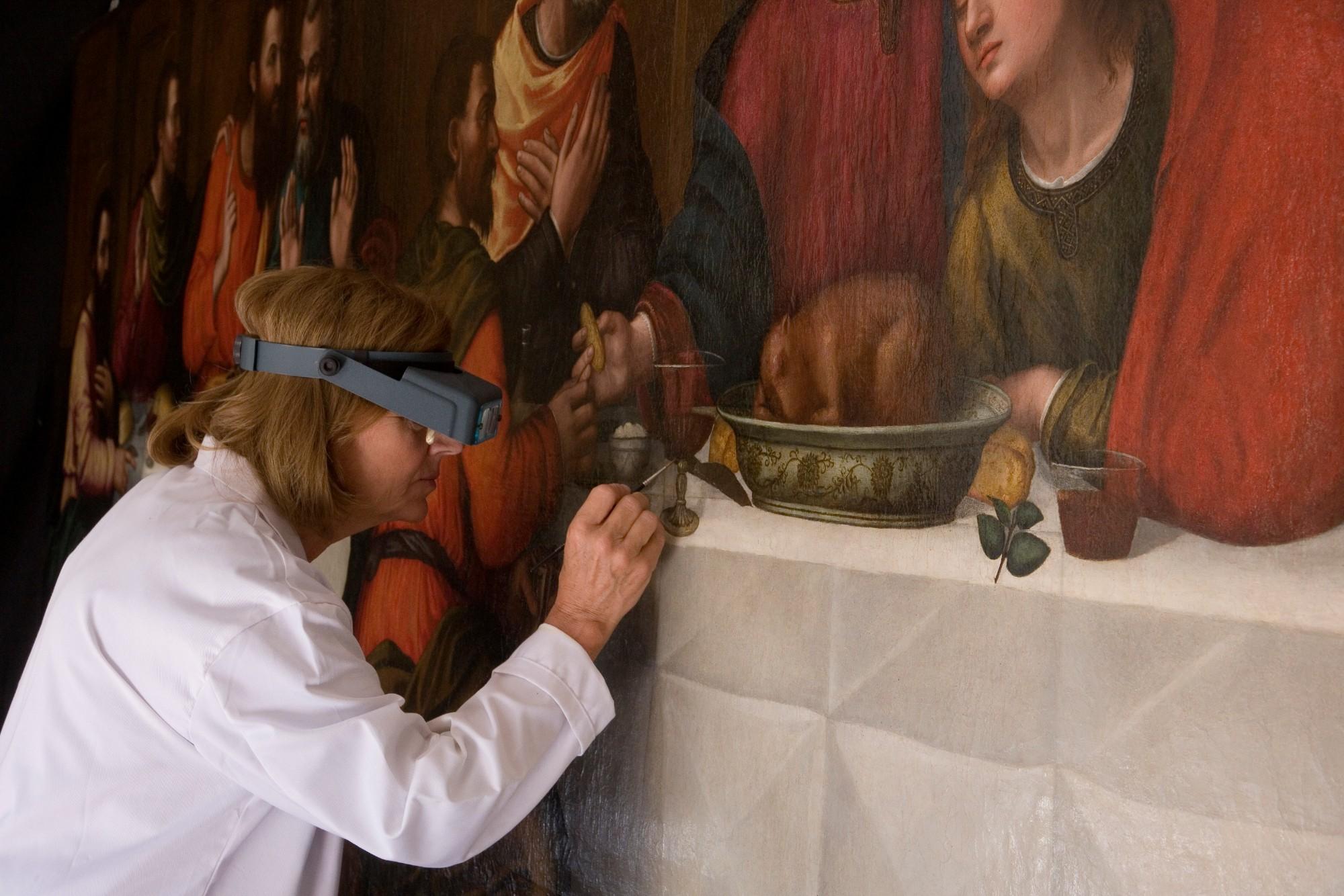 Now considered a central piece in the oeuvre of a master, Nelli's Last Supper has been installed in the Museum’s Old Refectory, where the public can once again admire it.