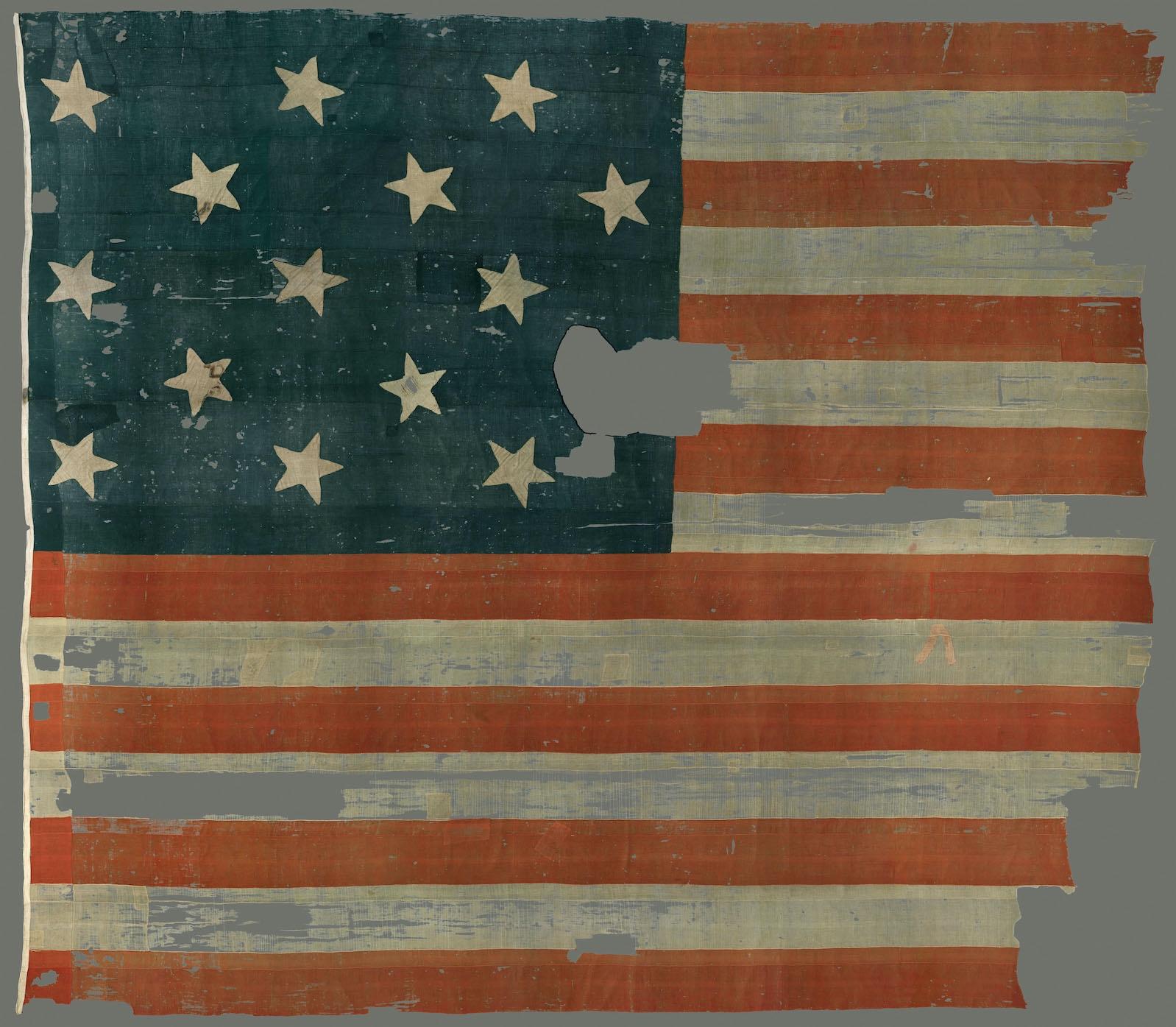 Courtesy of the National Museum of American History.

At what point can an object become art?

Major George Armistead took command of Baltimore’s Fort McHenry in June 1813. Though the Revolutionary War had been a success, the English were still a threat to the still-nascent United States; not losing the War of 1812 was crucial for America’s pride and military future.

It is notable that, though male flag makers did exist, Major Armisted commissioned Mary Pickersgill in the early 1800s, a female flag maker in Baltimore, to create two flags for Fort McHenry.

Pickersgill’s first flag, a storm flag measuring 17 ft. by 25 ft., has been lost to weather and wear. Yet her larger garrison flag, measuring 30 ft. by 42 ft., is in the Smithsonian Institute today, known as the Star-Spangled Banner. 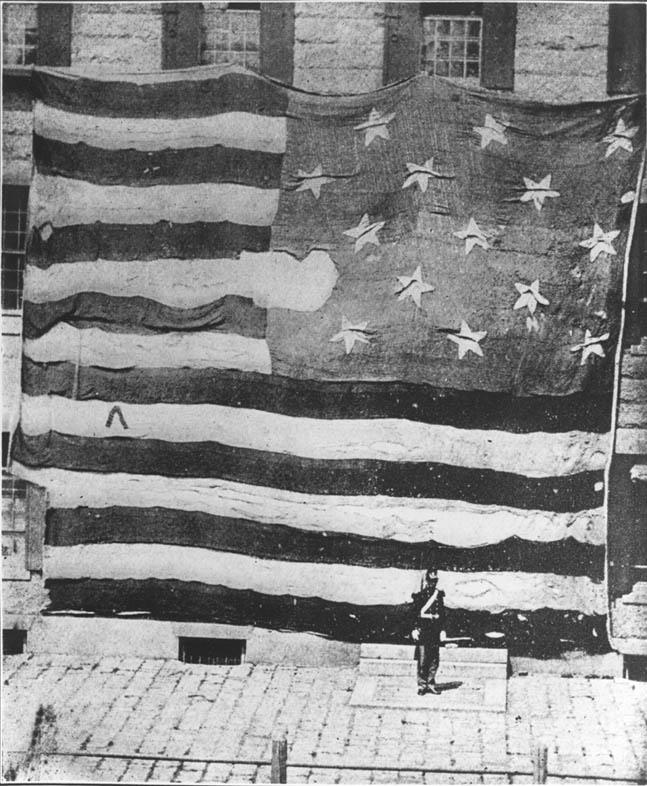 At a time when women were vastly underpaid and discriminated against through regulations enforced by the government, Major Armisted used his governmental powers to employ Pickersgill, paying her $404.90 for the larger flag and $168.54 for the smaller flag, no small sum at the time. Pickersgill was a widow earning a meager income as a seamstress, yet the opportunity to craft the Star-Spangled Banner afforded her the opportunity to purchase the very home she was renting and to expand her female-dominated business.

Pickersgill’s Star-Spangled Banner famously inspired Francis Scott Key’s poem that has become America’s National Anthem. Unknown to many Americans, Pickersgill’s flag and Key’s poem rose in tandem to become famous in the United States only after the Civil War was over.

In a bipartisan effort, Hillary Rodham Clinton, (then a first lady), included the flag in the 1998 “Save America’s Treasures” project that Mrs. Clinton spearheaded. Her work saved the flag’s fibers from further decay and was also a bipartisan effort between Republicans and Democrats to preserve U.S. history.

The opinion that the original Star-Spangled Banner is now a work of art is the tried and true view of this Art & Object columnist. Throughout history, no one has agreed on what the definition of “art” is. Yet a common view is that a work of “art” is an “object” that has no practical function, but instead serves as a vehicle through which a viewer can experience emotions, recall memories, and process historical events. 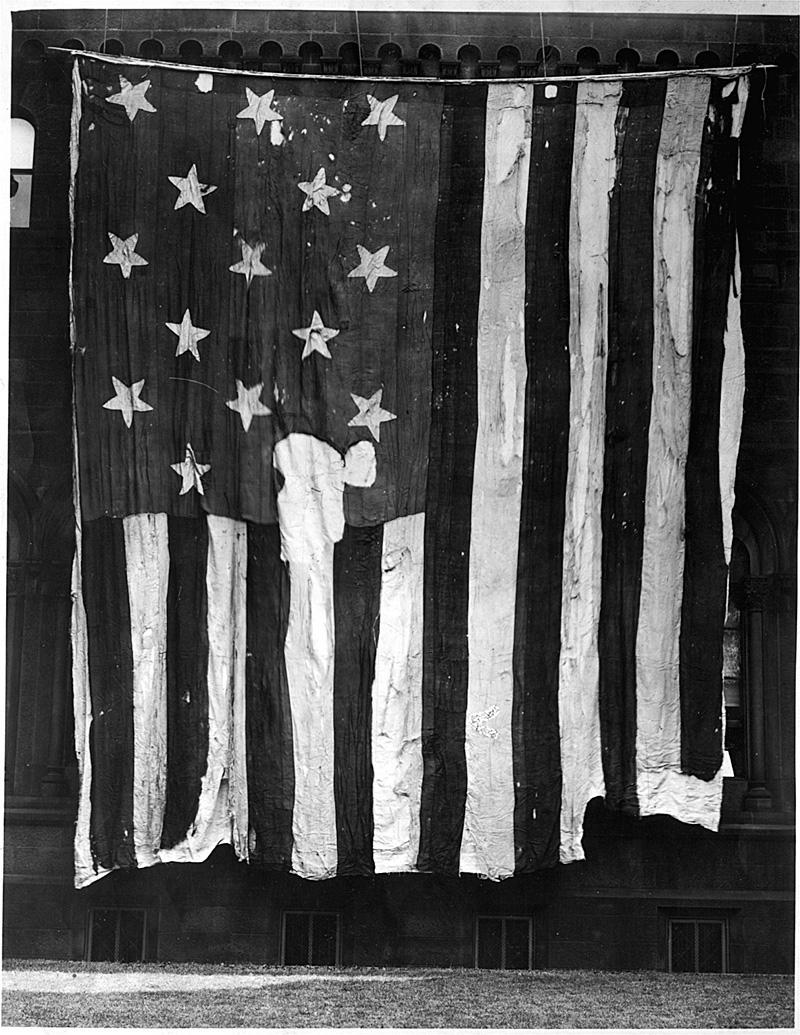 Courtesy of the National Museum of American History.

In this sense, the Star-Spangled Banner has transformed from an object above Fort McHenry to an artwork in the Smithsonian Institute.

The flag, as visitors can see today, is torn, tattered, and tested, but it is still a vibrant symbol of the United States and all that this country has overcome. The Star-Spangled Banner is tough, enduring, and malleable.

How appropriate for the country that it represents.