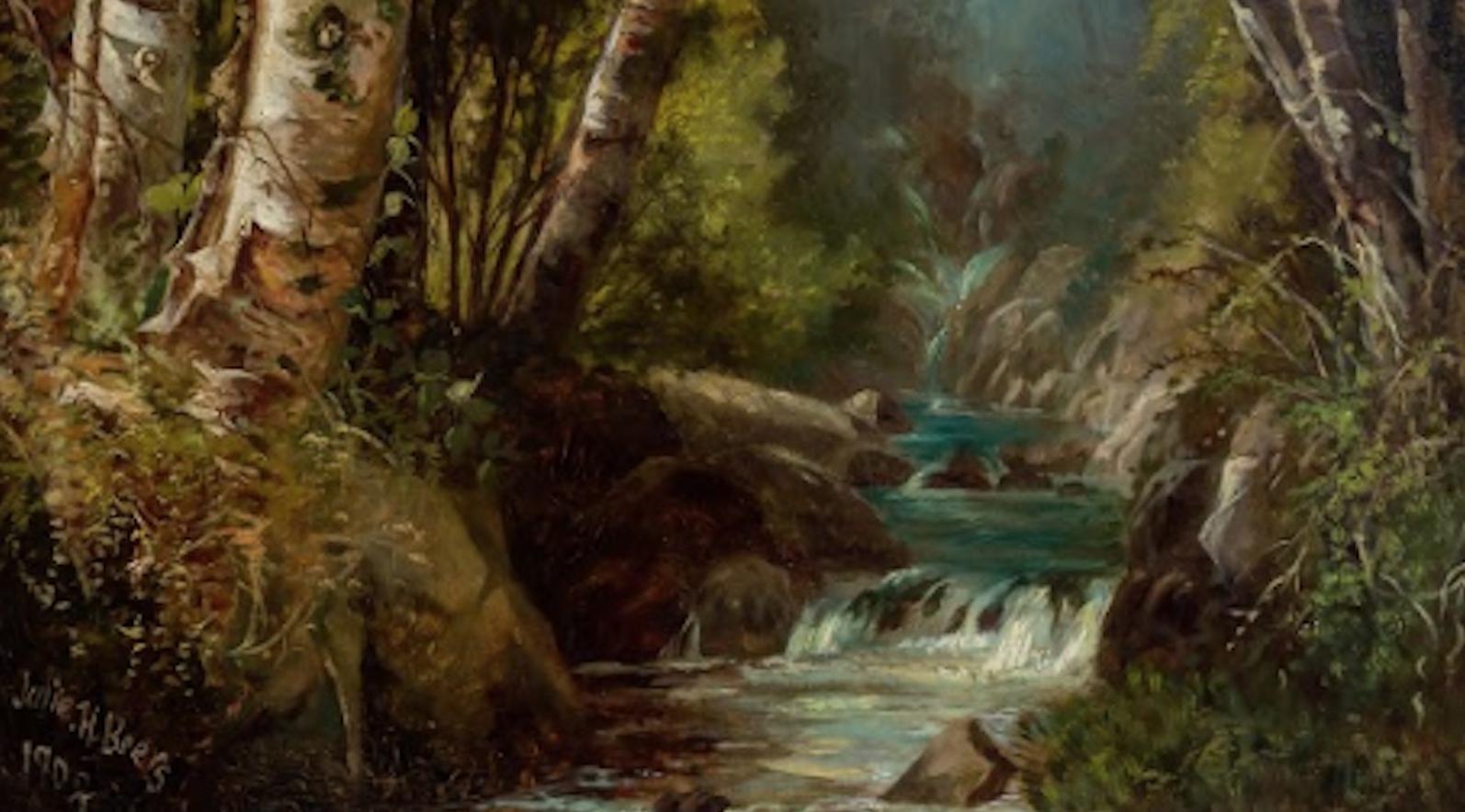 The May 2021 Focus for Reframed is the Hudson River Art School.

It is an unfortunate fact of art history reporting that artists about whom little is known often stay that way, largely because a lack of juicy details about their lives often makes for dull articles. 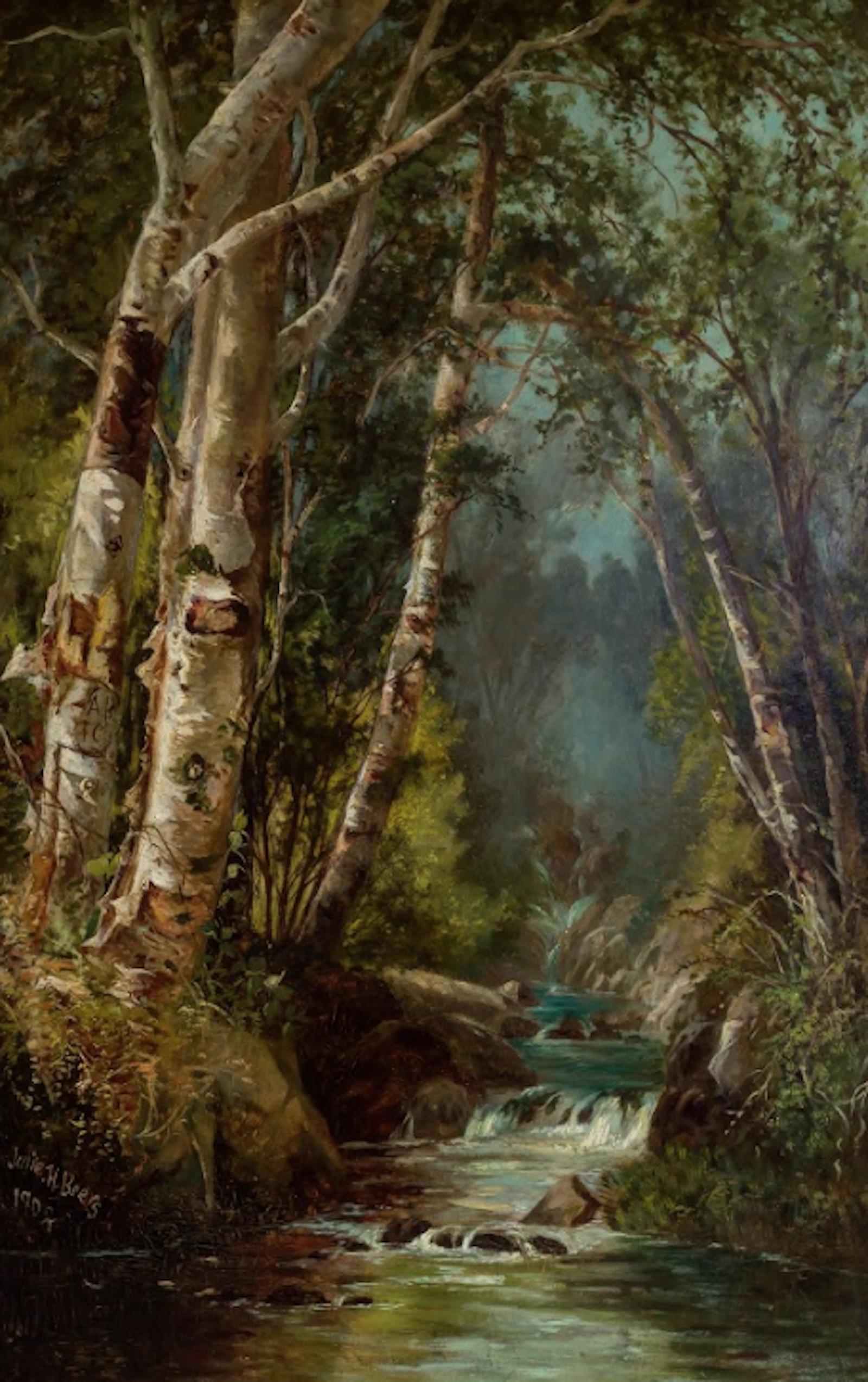 Such is often the case with female artists throughout history, including the Hudson River School member Julie Hart Beers (1835-1913). The daughter of Scottish immigrants, Beers received no formal artistic education but was taught and mentored by her more famous brothers, James McDougal Hart (1828-1901) and William Hart (1823-1894).

Scholars have been so far unable to unearth many documents chronicling Beers’ life, but the few they have discovered show the first-generation American to be a successful working mother in the Big Apple. After the death of her first husband, with whom she shared two daughters, Beers remarried.

Living in New Jersey with her husband while commuting to her studio in New York City, Beers was a working mother long before the term was coined. She regularly displayed and sold artworks in Boston, New York, and Philadelphia, a career so lucrative that she financially supported herself and her children.

“She wasn’t relying on her husband to take care of her,” as was the social norm, notes Alicia LaTores, curator at the Davis Museum at Wellesley College. 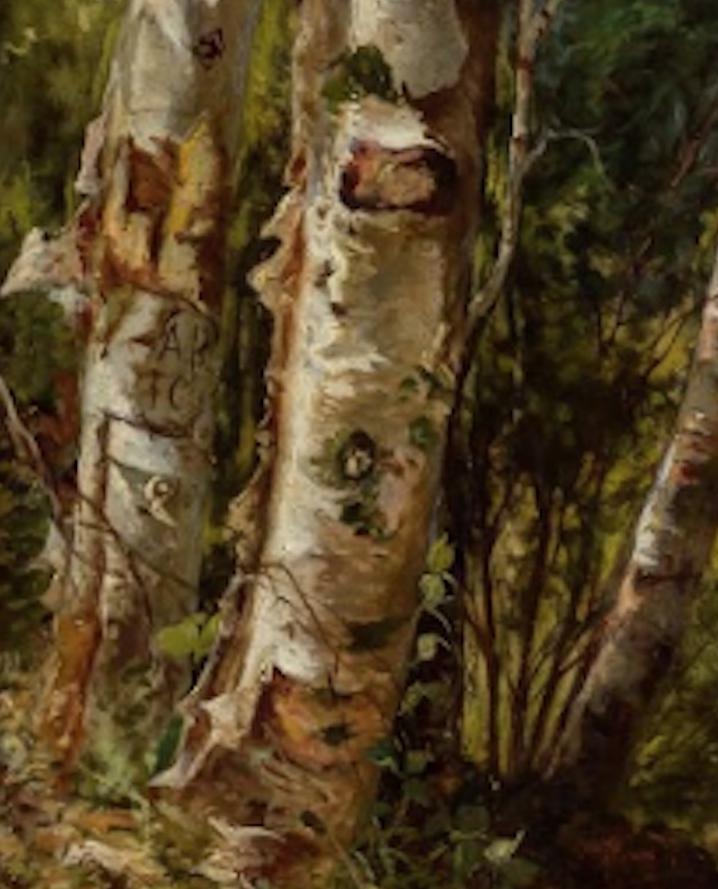 Detail of the initials in Beers' Birches by a Woodland Stream.

As part of an initiative to collect more female artists for the all-women college in Massachusetts, the Davis acquired Birches by a Woodland Stream, a 1908 oil on board, for $8,100 in a May 2019 auction at Shannon’s, a boutique Connecticut-based house.

In keeping with the Hudson River School’s tenets, Beers portrays the sublime beauty of America’s landscape, albeit at a smaller scale in Birches. Still, a mystery for scholars is the meaning behind the set of initials carved inside a heart on a tree at the work’s left.

Perhaps, as research into female painters of the Hudson River School increases, the mystery will soon be solved.