Rediscovering the Father of Art Photography 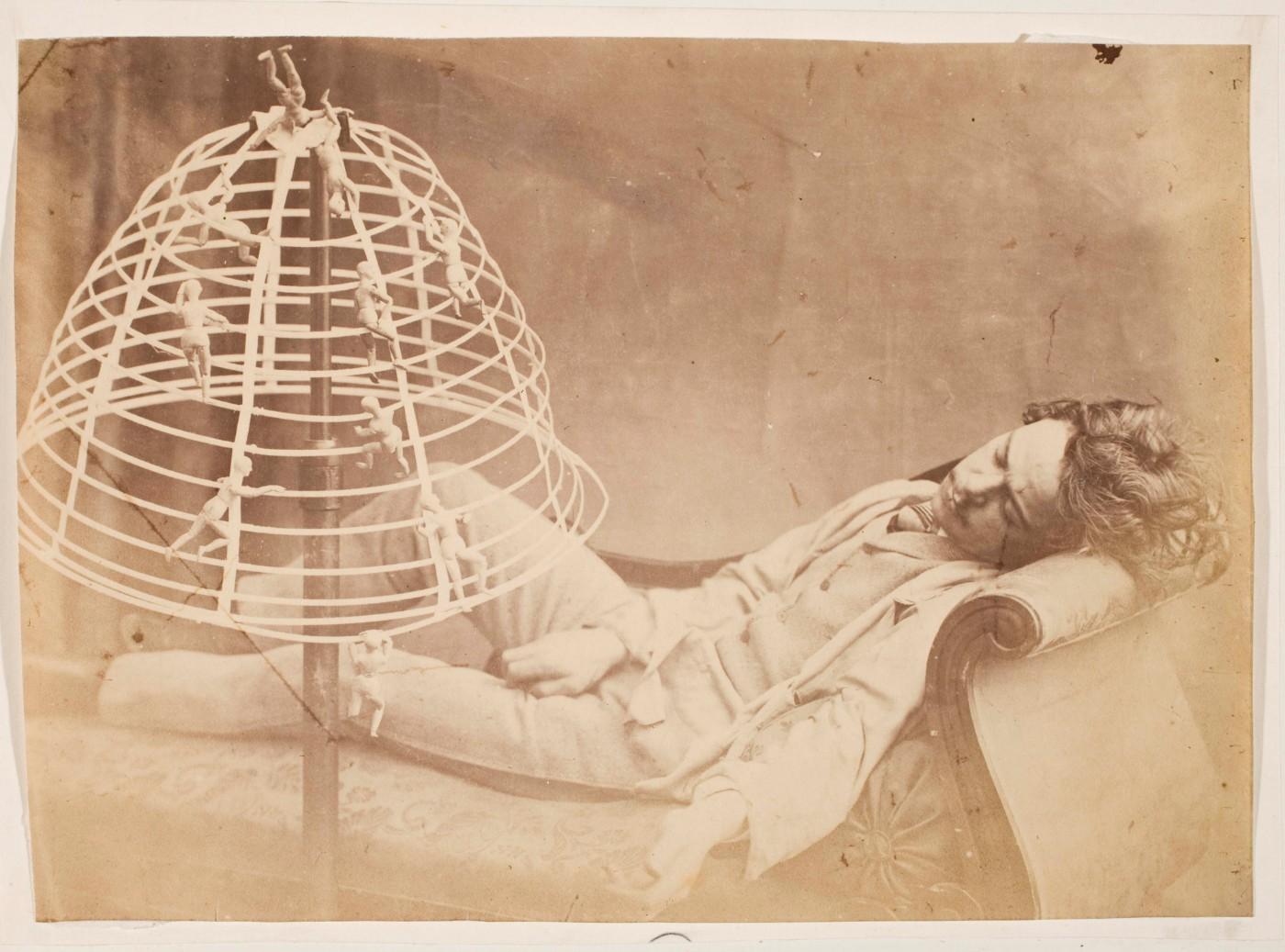 Courtesy of the George Eastman Museum

There was a time in the early years of photography when artists debated whether or not the new medium was an artform. Those that argued yes, did so for many of the reasons recognized as obvious today. Those that said no, were under the belief that imagery captured by a machine lacked the requisite human touch.

Dispelling such narrow notions was Oscar Gustaf Rejlander, who wrote, “It is the mind of the artist, and not the nature of his materials, which makes his production a work of art.” A friend to Charles Lutwidge Dodgson  (aka Lewis Carroll), Queen Victoria and Prince Philip, he was also a collaborator of Charles Darwin and mentor to photography pioneer Julia Margaret Cameron. But it was his unique approach to his artform and not his famous friends that earned Rejlander the title, “the father of art photography.” His long overdue first ever retrospective, Oscar Rejlander: Artist Photographer, gathers over 150 works at Los Angeles’ Getty Center through June 9. 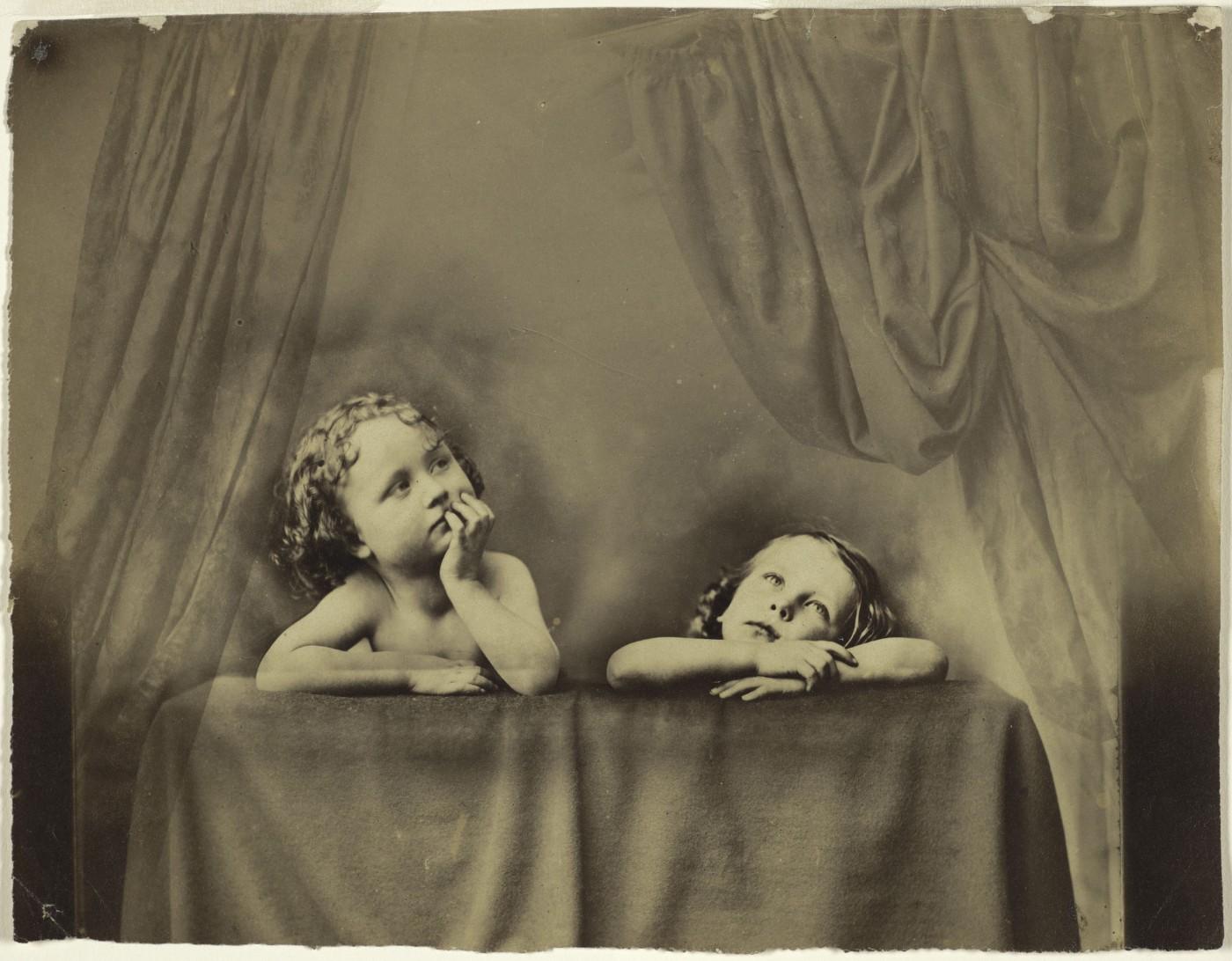 A broad personality with a showman’s penchant for storytelling and a huckster’s casual relationship with the truth, Rejlander left his native Sweden in 1839 and came to England to paint. His early endeavors evidence a trained hand and a keen eye for character, but little is known about his background beyond his own account. Now, some new facts have been brought to light by the show's curator, Lori Pauli of The National Gallery of Canada, who worked with Getty curator Karen Hellman.

“She did a lot of research on his early biography when he first moved to England. She found a lot of biographical information, where he was living. That’s how we know that he was at these charity events and various things. We didn’t know where he was before 1852, prior to Lori’s research,” Hellman tells Art & Object about Rejlander’s spotty past. Famous in his time, he nevertheless remains obscure to many photography lovers. 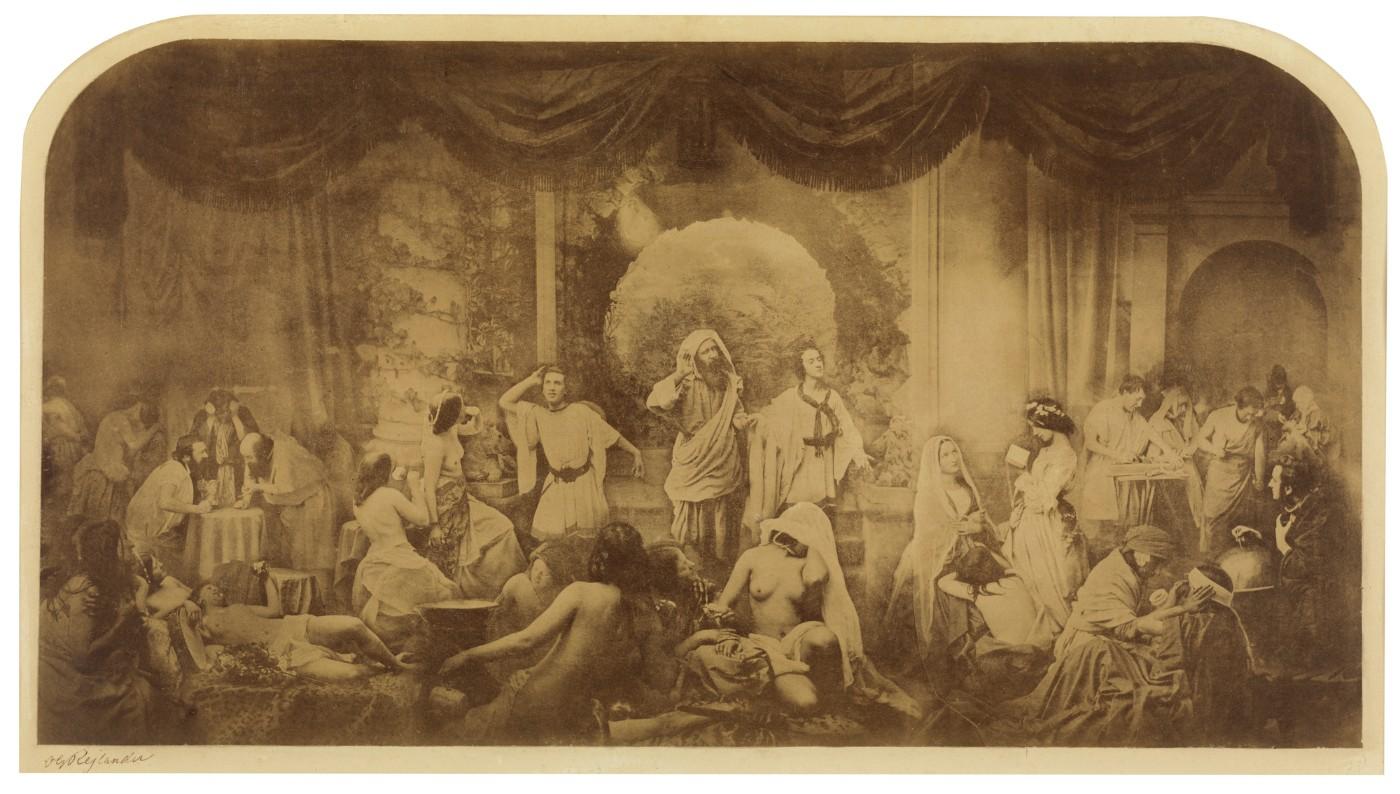 His arrival on the scene coincides with London’s first Photographic Society exhibition presenting 800 photos as fine art at The Society of Arts. Drawing from a year in Rome where he absorbed the influence of Titian and Raphael, as seen in many subsequent works, Rejlander hit upon the idea that photography might be an instrumental tool to the artist, who could capture images to later use while painting. Following an afternoon spent in London studying with Nicolaas Henneman, assistant to the great Henry Fox Talbot, inventor of the film negative, Rejlander returned to Wolverhampton in the industrial Midlands and is said to have taught himself photography.

His greatest work is the 1857 allegorical epic, Two Ways of Life, a Raphael-like tableau centered on a sagacious figure with a youth to his right and left, one drawn to the virtuous path of work, devotion and family, the other to the sins of gambling and lust, symbolized by cavorting topless women, which caused a scandal in Victorian England.

While Rejlander did not invent composite photography, he is a pioneer in his mastery, painstakingly producing this 8.5” x 16” epic work from 32 elements, each photographed separately. It is believed nine copies were made, including one with himself in place of the sagacious character at center, this time with his head turned toward the righteous path, presumably corrected to address public outrage over the piece. 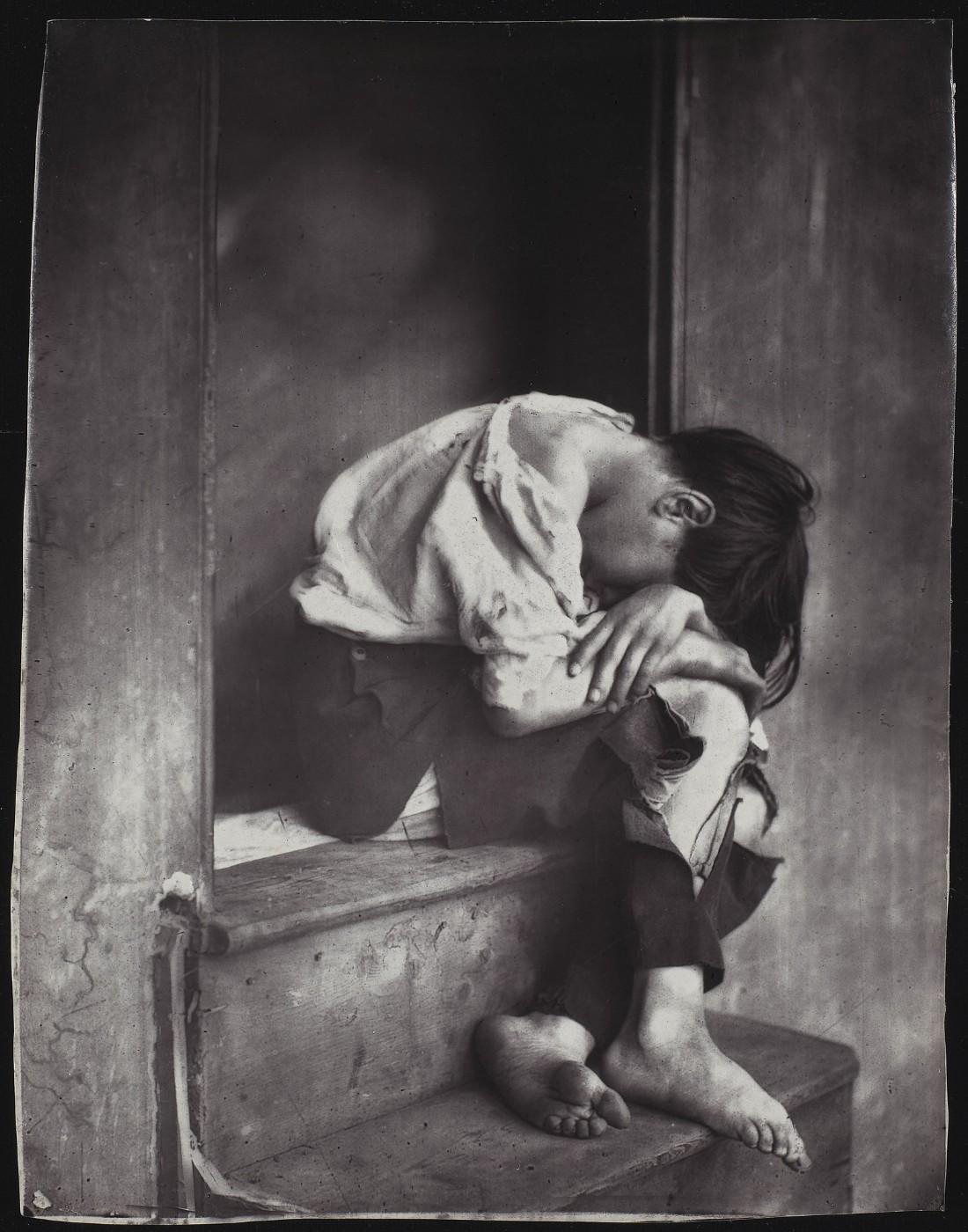 “That was what Lori discovered,” Hellman confirms the artist’s likely reason for repositioning the central figure. “That print was probably made after using the first model. We don’t know for sure, but when you think about how long it took him to construct the whole thing, he knew very specifically what he was doing with each of the models, including himself.”

Of the known nine copies, three were purchased by Prince Philip, who is said to have had advised Rejlander on the concept of the piece. With the royal purchase, outrage was silenced, but Rejlander, discouraged by the episode, turned away from composite printing. Subsequent work focuses on portraits and advocacy on issues like child poverty. Poor Jo is a portrait of a waif in tatters, sleeping in a doorway. To take such a picture with the technology of the time is nearly impossible, so Rejlander would pay the child to come back to his studio and reconstruct the image there.

“Even in Wolverhampton, before he moved to London, he was involved in charity work. He was known to have attended dinners for charity,” observes Hellman. “In London, he was more active in photography, but it was probably a way of addressing the problem. He was paying these boys as well. He was doing what he could to support them but he was mostly making pictures.” 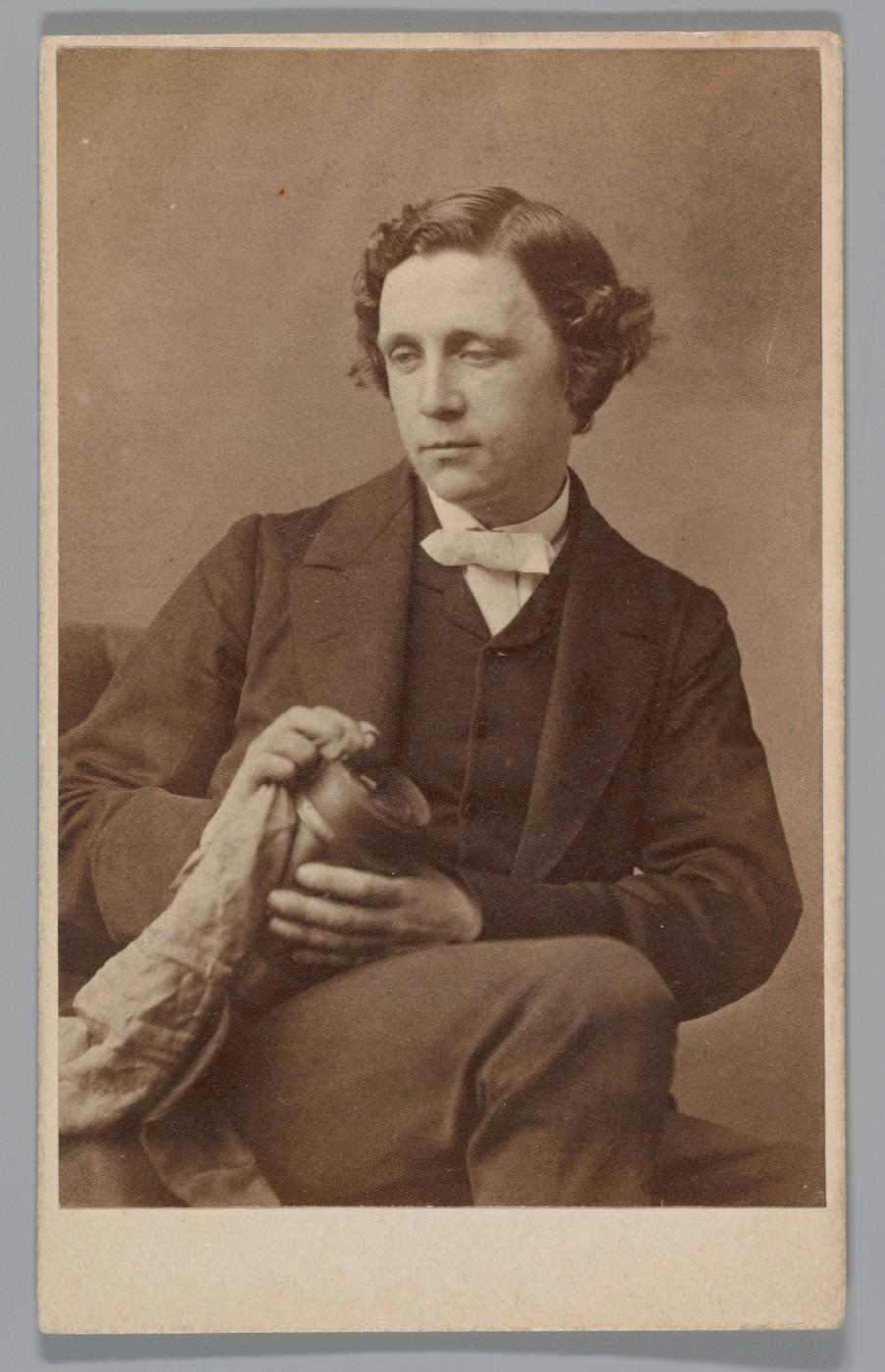 In 1863, Rejlander taught alongside Julia Margaret Cameron on the Isle of Wight, and the same year Alice in Wonderland author Lewis Carroll, a photography enthusiast, consulted him on a studio he was building. Also in the show is a portrait of poet Alfred Tennyson’s boy, Lionel.

Famous friends beget famous friends and soon Charles Darwin, basking in the glow of his groundbreaking 1859 publication, On the Origin of the Species, commissioned Rejlander on The Expressions of the Emotions in Man and Animals, published in 1872. Apparently an ardent people watcher, the photographer had his subjects recreate convincing expressions of surprise or sorrow long enough to capture them in his studio.

“There is correspondence between Rejlander and Darwin. We have heard from Darwin’s side that he was very taken with Rejlander from the moment he met him,” offers Hellman, noting that the archives at Cambridge University Library holds letters with photographs enclosed and a note asking Darwin’s opinion. 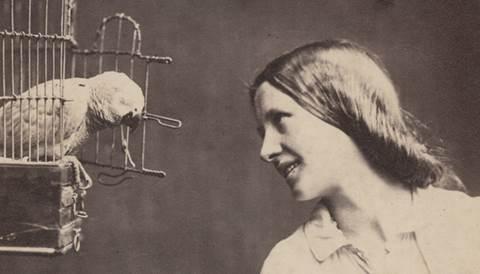 Rejlander took a leap of faith in 1869 and purchased a central London studio with skylights and other elaborate bells and whistles, representing a substantial investment. Business was slow at first and then got slower as the medium moved away from his classic style of work. Three years later he was sick with what was probably diabetes and died broke in 1875.

Rejlander was buried in London’s Kensal Green Cemetery in a grave that went unmarked for 138 years until 2013, when the Wolverhampton Photographic Society raised enough money to place a modest marker. “I’m not sure how that happened. Probably because he was a photographer and not a wealthy person he just fell through the cracks in the 1870s and no one rallied on his behalf,” Hellman says. “So, finally he’s getting the attention he deserves. It’s really a big moment for not just Rejlander but for photography. We need to remember these kinds of figures.”