A Rare Look Inside North Korea Through its Propaganda 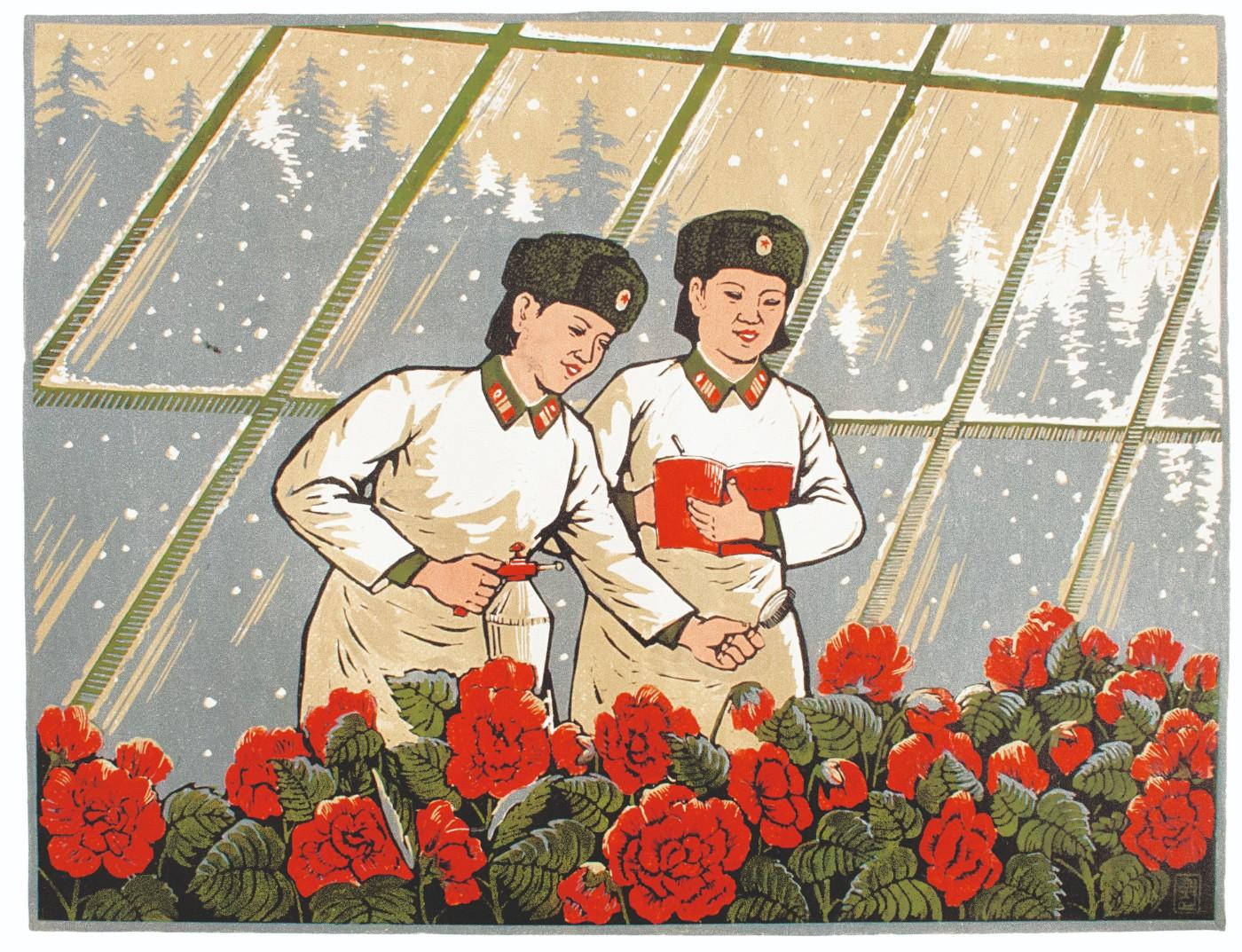 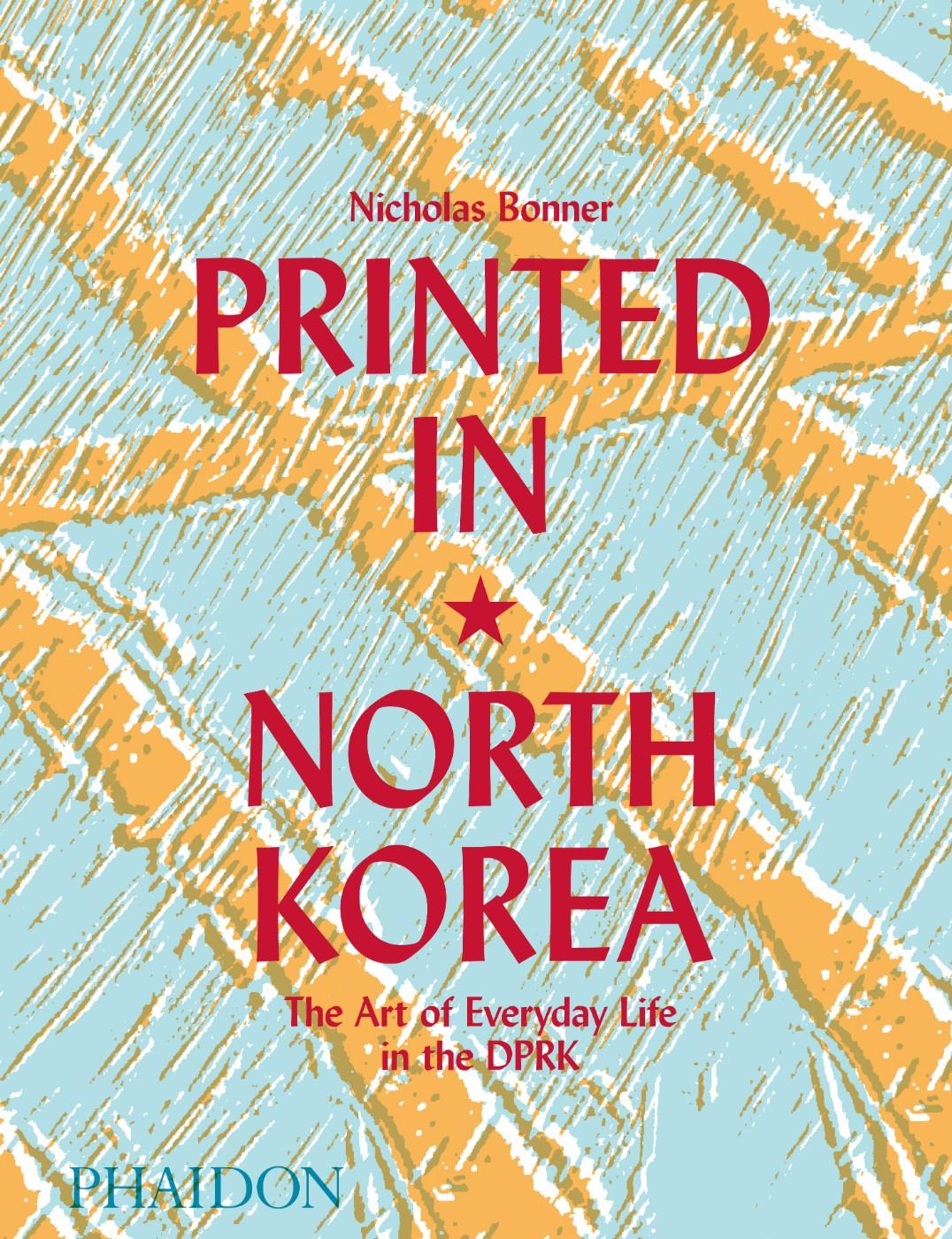 A beautiful new volume from Phaidon gives us a rare glimpse at life inside North Korea. Printed in North Korea: The Art of Everday Life in the DPRK, by Nicholas Bonner, presents a collection of prints the author has amassed over a quarter-century of his travels to a country that few get to visit. The 500 brilliantly reproduced prints show both the incredible skill of their makers and how fully the political message of the regime infiltrates their work.

Depicting every aspect of life inside the DPRK, the woodblock prints and lino-cuts in Printed in North Korea date from the 1950s to the present day. From images of industry, cultural traditions and holidays, the military, to the natural beauty of North Korea, if you are curious about almost any element of everyday life, you can find in the index of this comprehensive book. 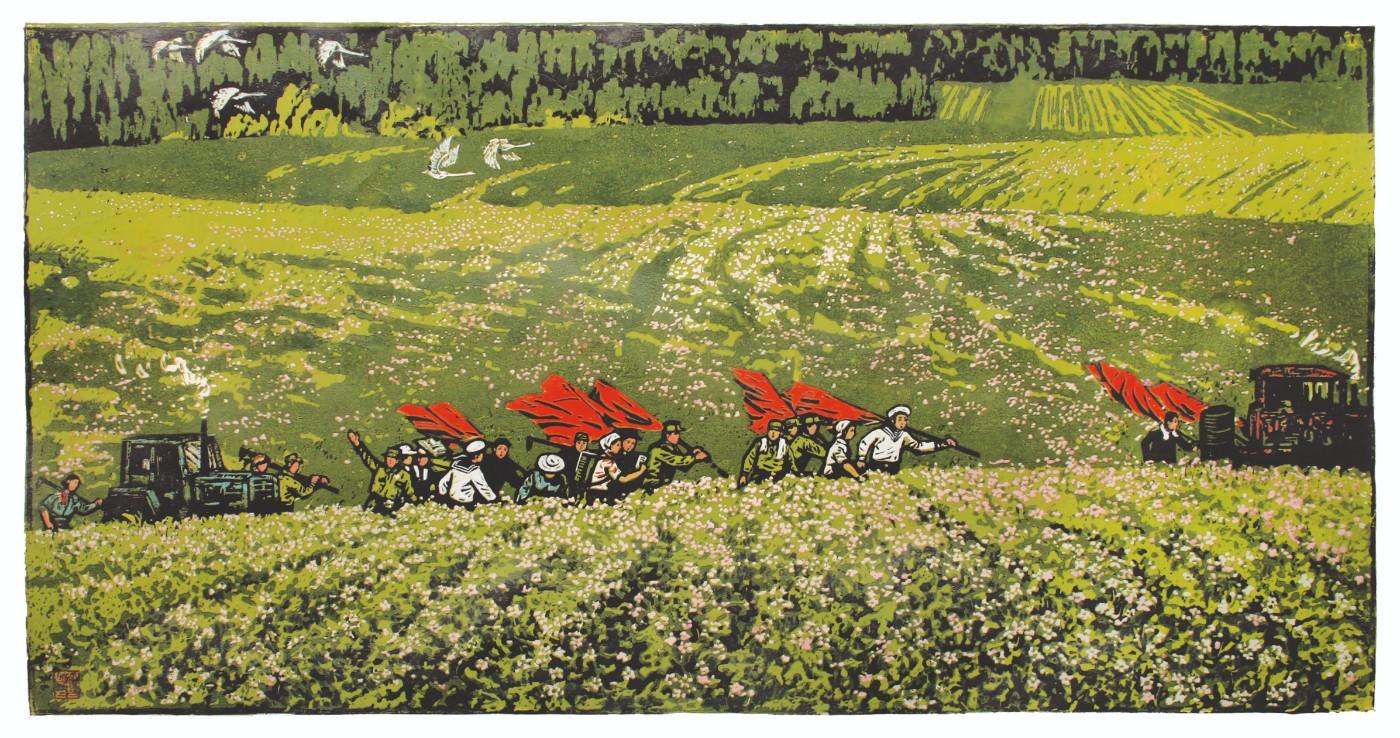 Artistic work should be conducted as if it is done on a battlefield, on a front line.  -Kim Jong Un

Bonner’s in-depth descriptions of the prints use the alluring images as a gateway to teach the reader about the history and culture of North Korea, as well as its unique visual language and symbols. Countering Bonner’s explanations and the uplifting messages of the prints are quotes from North Korean leaders. Statements like, “the strength of art is greater than that of a nuclear bomb” from Kim Jong Un remind just how seriously the North Korean regime takes its propaganda.

All of the images in Printed in North Korea are meant to glorify the state, an idea that pervades everyday life in the county. Though some are more obviously propaganda than others, controlling how North Koreans see themselves and their country is a comprehensive task that is not taken lightly.  As the author explains in his introductory essay, the works have “...the aim of imbuing the public with a sense of pride and purpose: no matter how mundane your job, you are an important part of the revolution, the country, therefore, remains strong and will care for you.” 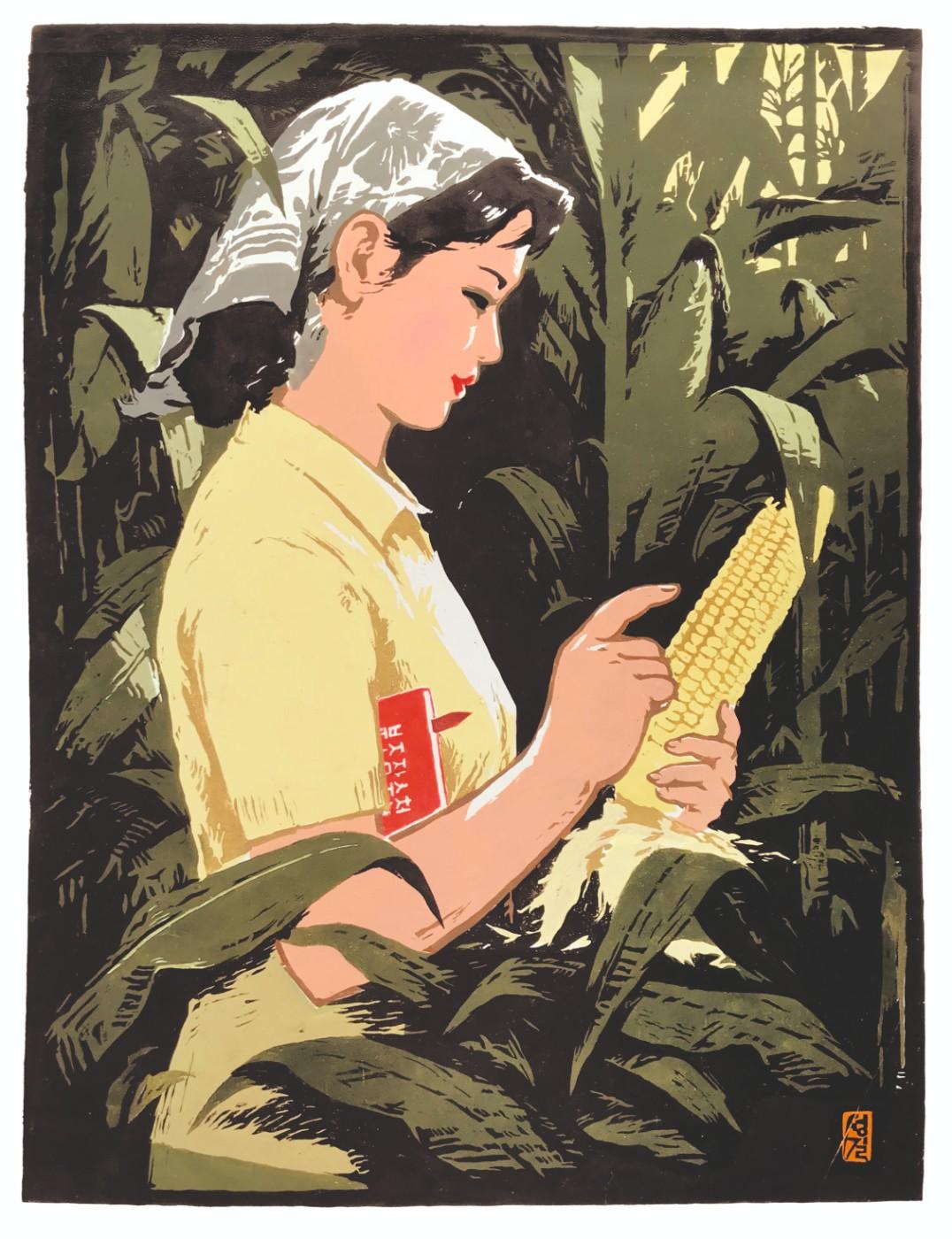 A fascinating look at a country that remains mysterious to many in the west, Printed in North Korea will captivate you with its abundance of beautiful images while giving you insight into life and propaganda inside the DPRK.