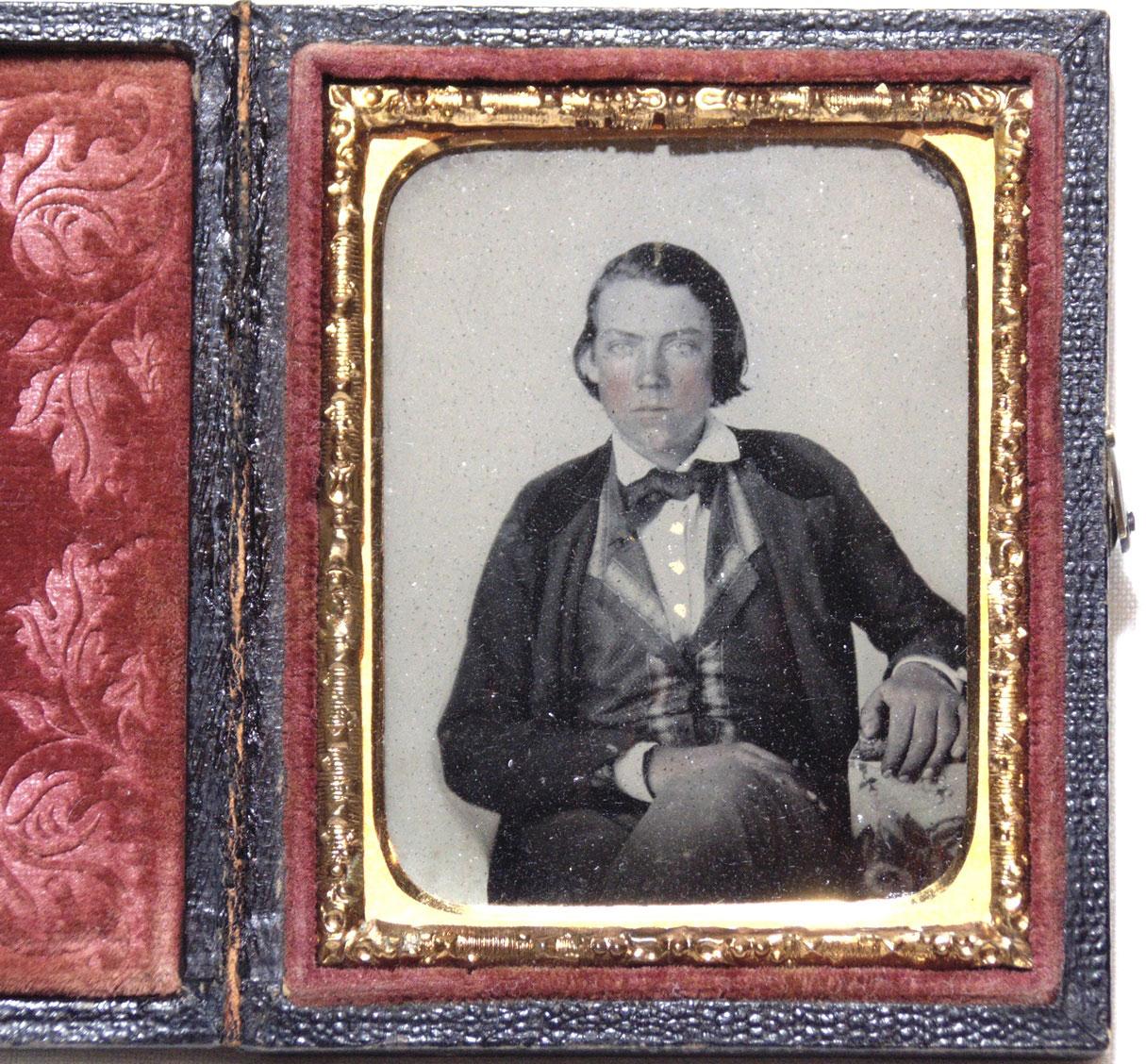 A man who says he is a distant cousin of Jesse James has come forward with a never-before-seen ambrotype of the notorious outlaw, young and handsome with piercing light eyes.

Patrick Meguiar of Tennessee first heard about the antique photo from his grandfather, Maynard Meguiar, who would tell stories about their ancestral connection to James, calling him “closely kin,” a claim that is disputed by Eric F. James, co-founder of the James Preservation Trust. Maynard’s grandparents spent time with James “on a least a couple of occasions,” according to Patrick Meguiar. “The first time in 1868 and the second time in the late 1870s when cousin Jesse lived in Nashville, Tennessee.” As family history has it, James gave the ambrotype to his cousin Sarah Mariah Martin Meguiar after he paid her a visit while hiding from the law following the Nimrod Long Bank Robbery. The ambrotype has been passed down in the Meguiar family ever since, landing with Patrick in 1977. 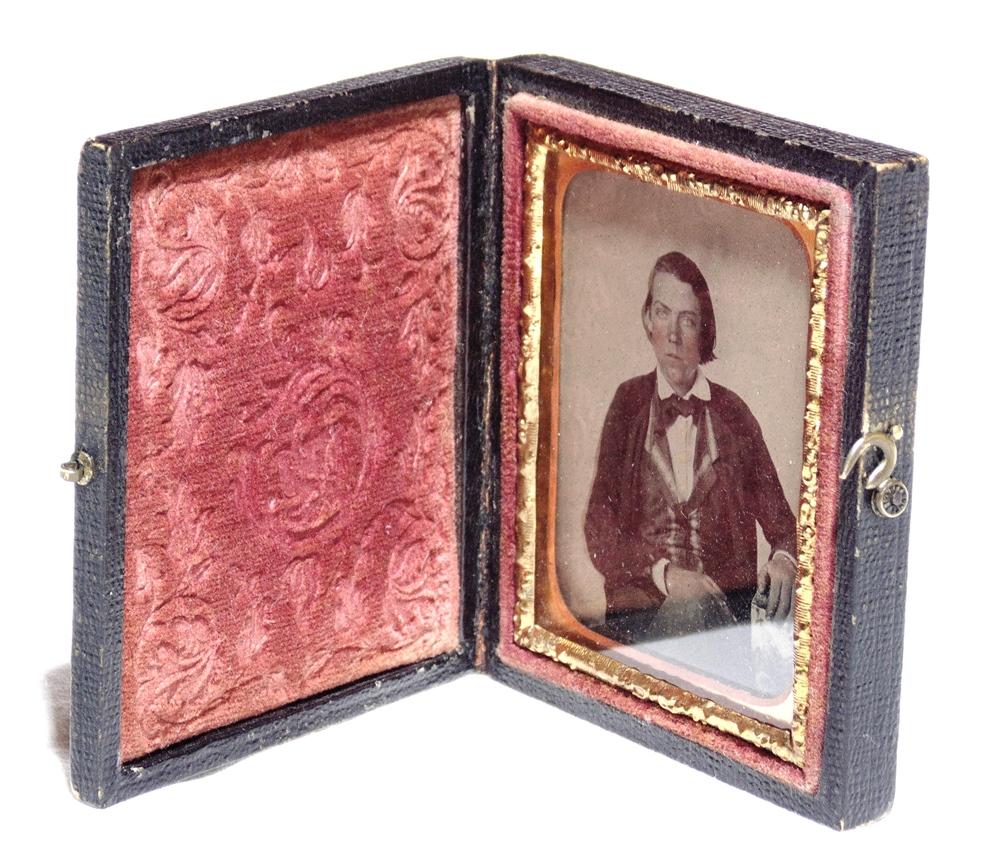 Meguiar, who never married, said he has now decided to sell it “because I have no one to leave it to in my family.” The ambrotype will be offered at auction in Georgia on August 26. It is estimated to make $8,000-12,000.

According to Meguiar, what’s striking about the image are those obviously light eyes; James’ eye color has raised eyebrows before. Some images that claim to depict James show dark eyes, which is incorrect, said Meguiar. “My image has the right eye color that is well-documented in lifetime descriptions.” Indeed the only image signed and validated by James’ widow (seen here) also appears to show light eyes. The most recently “discovered” tintype, in 2015—also a family heirloom—picturing James with Robert Ford makes James look cross-eyed, and, as Meguiar put it, “My cousin was not cross-eyed.” Nevertheless, it sold at auction for $35,000. 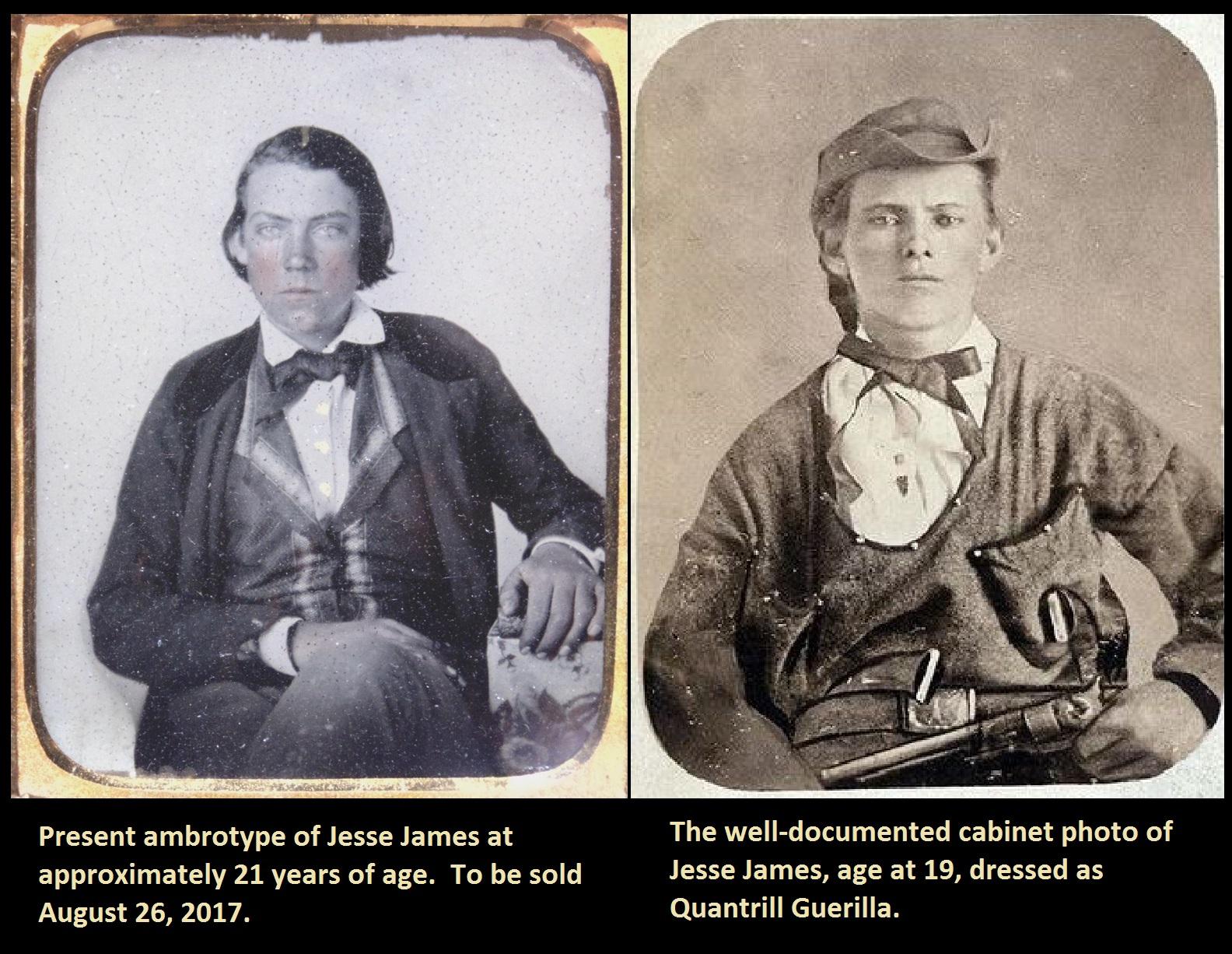 Photo authentication is a fraught issue where James imagery is concerned. “The flood of newly discovered ‘Jesse James’ photos never stops,” said T.J. Stiles, author of Jesse James: Last Rebel of the Civil War (2003). “They obviously can’t all, or most, or perhaps any, be true images of Jesse James. This makes me suspicious of all newly discovered photos.” He added that because James was a fugitive, he very likely did not have many portraits of himself made. It would take “rock-solid provenance,” Stiles said, to build a case for authenticity, including a “clear chain of custody dating back to Jesse James, or at least his immediate family, and some contemporary documentation.”

Those are things the auctioneer, Addison & Sarova in Macon, Georgia, believes it can offer in this case. “One of the things that makes it so great is that we can trace the provenance entirely,” said Michael Addison. “There have been many photos over time purporting to be of Jesse James, most of which are fakes. In this case, the evidence is overwhelming given the provenance, but it’s also fairly easy to compare this photo with the known photo of Jesse dressed as a Quantrill guerrilla, at 19 years of age. The present photo is of Jesse at about 21 years of age. So, his appearance hasn’t changed all that much, and that makes the verification more simple.”