For nearly four decades, Chippewa aritst David Bradley has been a major participant in and critic of the Santa Fe art scene. Luckily, Bradley has a biting sense of humor, and he brings this and a vibrant palate to his paintings that honor his Native heritage, stand up for it in the face of commodification, and poke fun at the community he calls home. 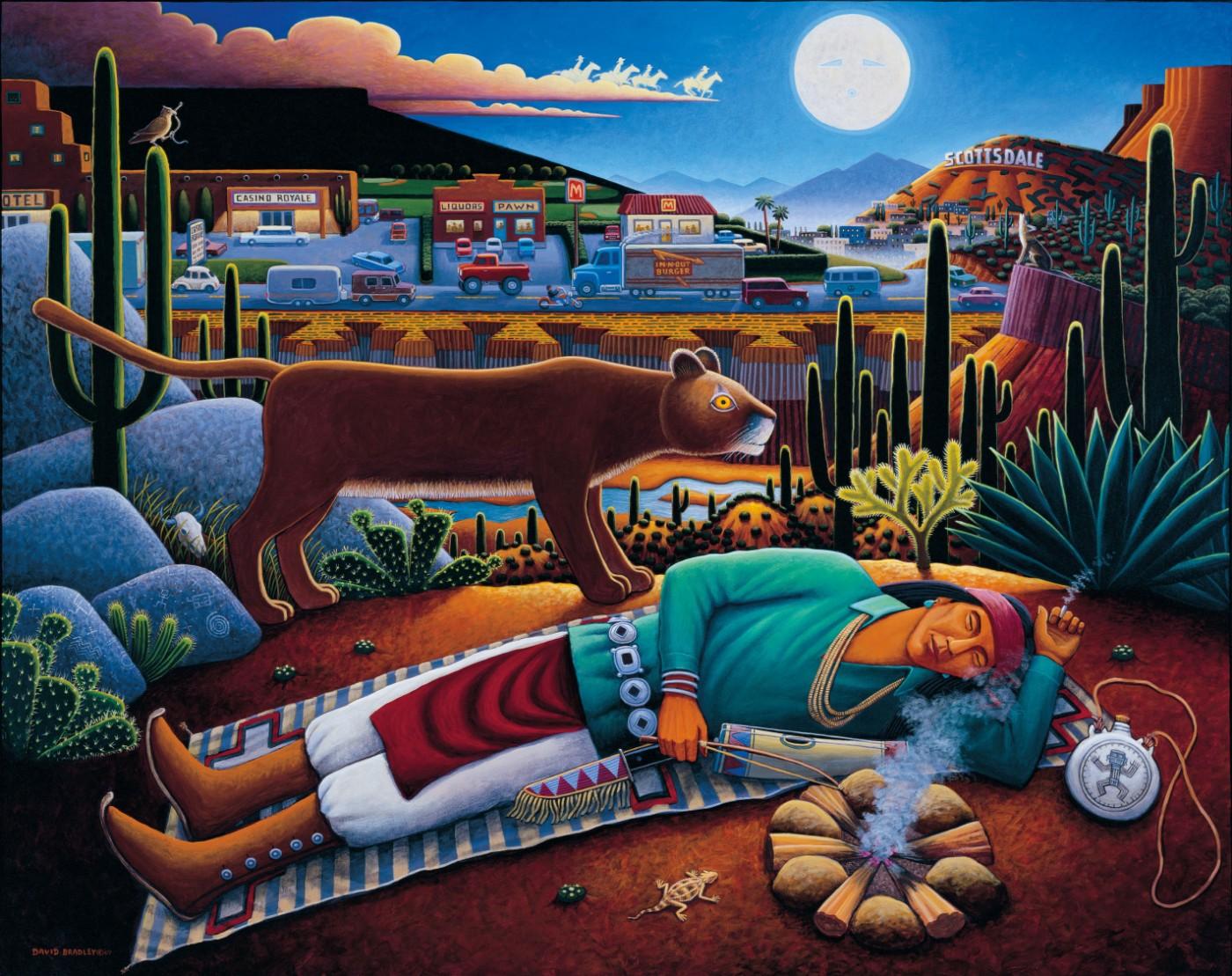 Wheelwright Museum of the American Indian

Over 30 works in a variety in media are currently on display at the Autry Museum of the American West, showing how Bradley can be both firmly rooted in the rich history of Native arts, while also being thoroughly contemporary. Populated with familiar characters from politics, television, pop culture, art history, and even his neighbors, Bradley’s intricate canvasses envelop us in their stories and rainbow hues. But all is not candy colors and inside jokes -- throughout his career Bradley has been a staunch advocate for Native Americans, both on and off the canvas.

Beneath the humorous caricatures of people and place, Bradley critiques stereotypes surrounding Native Americans, with characters like Tonto and the Lone Ranger making frequent and unexpected appearances. In his portraits of Native peoples, like the Pop Art homage Hopi Maidens (2012), Bradley makes the traditional image of a Hopi woman contemporary, showing that despite the mistreatment of her peoples, she always has been and remains vital and relevant. 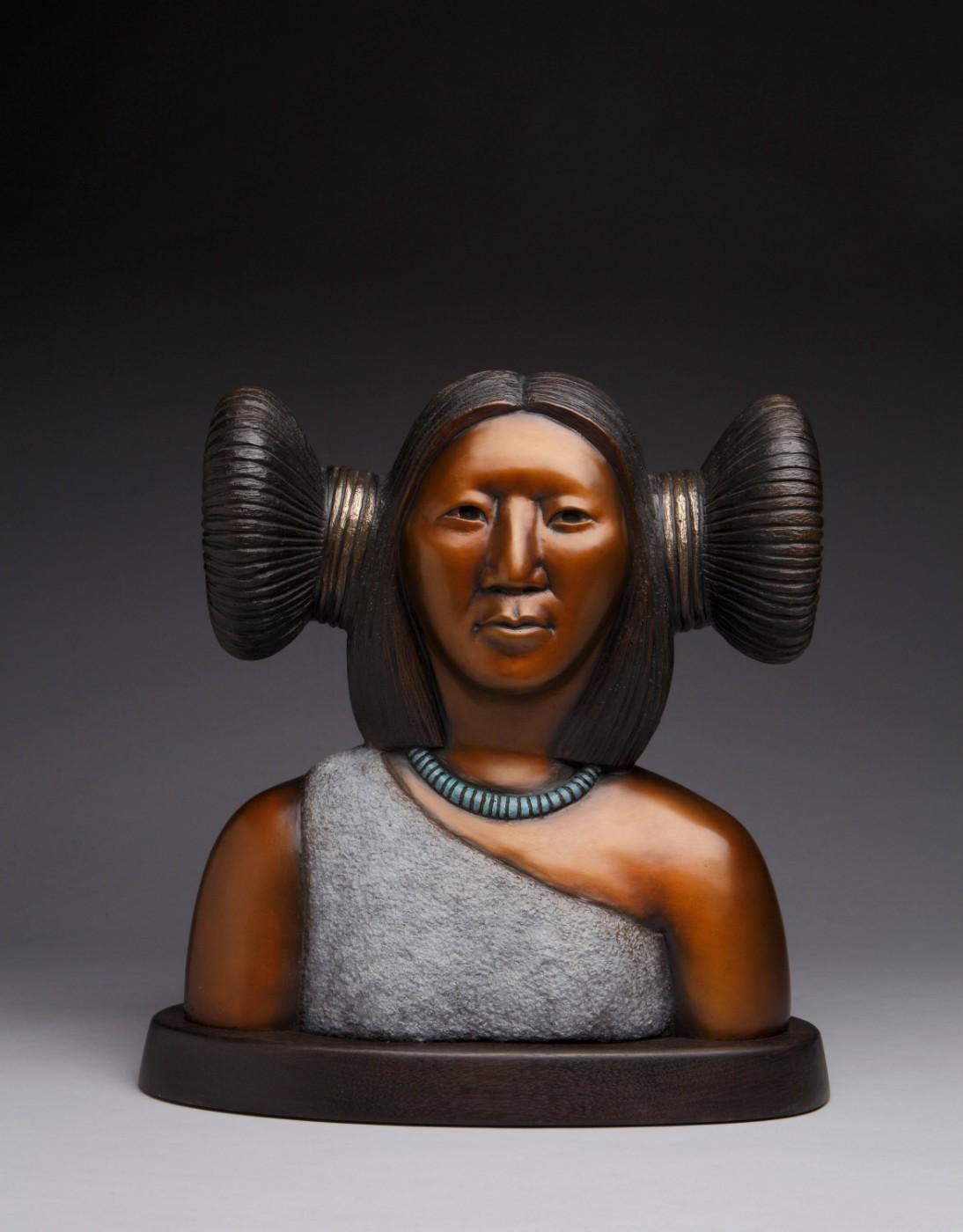 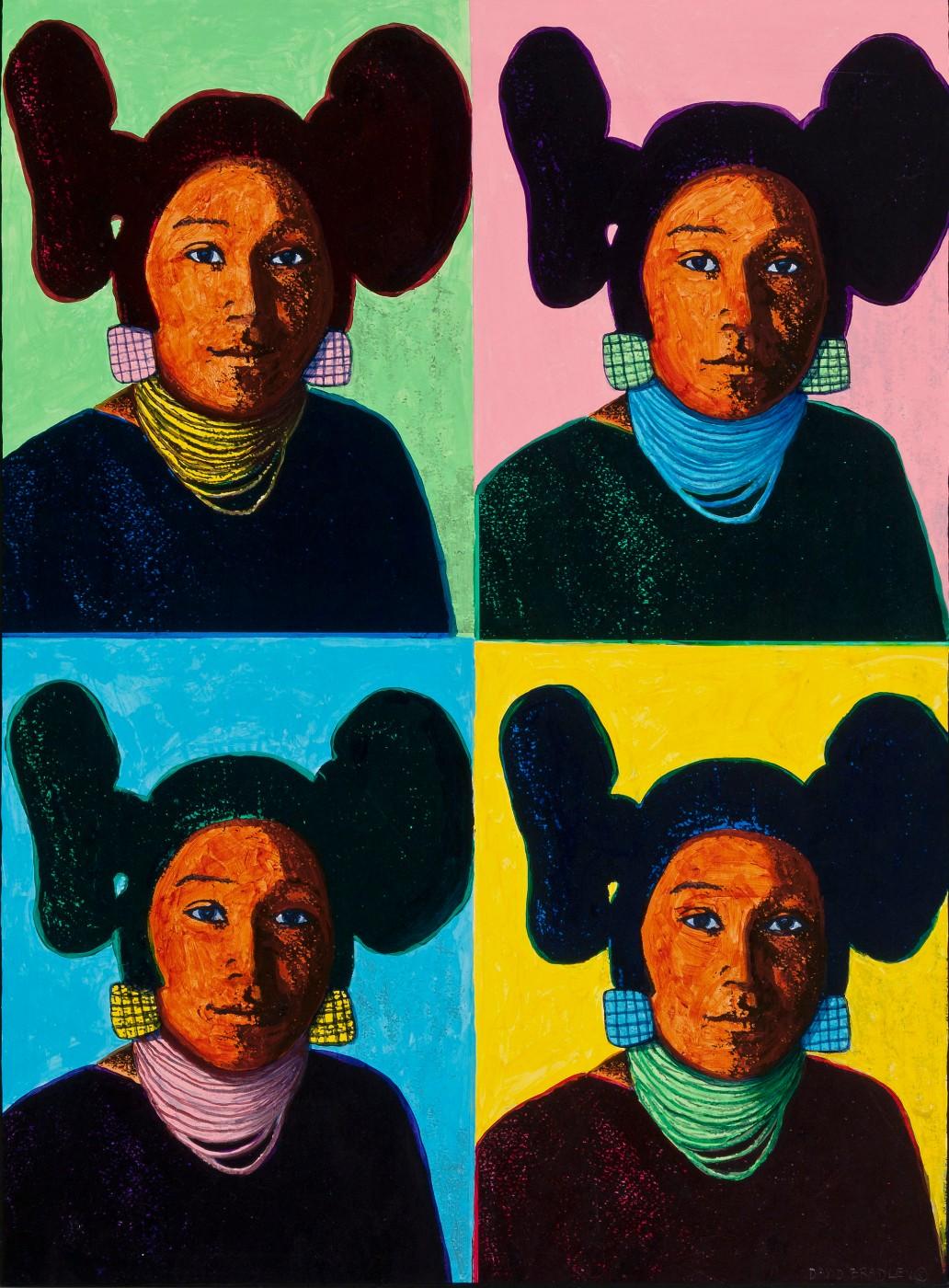 Museum of Indian Art and Culture 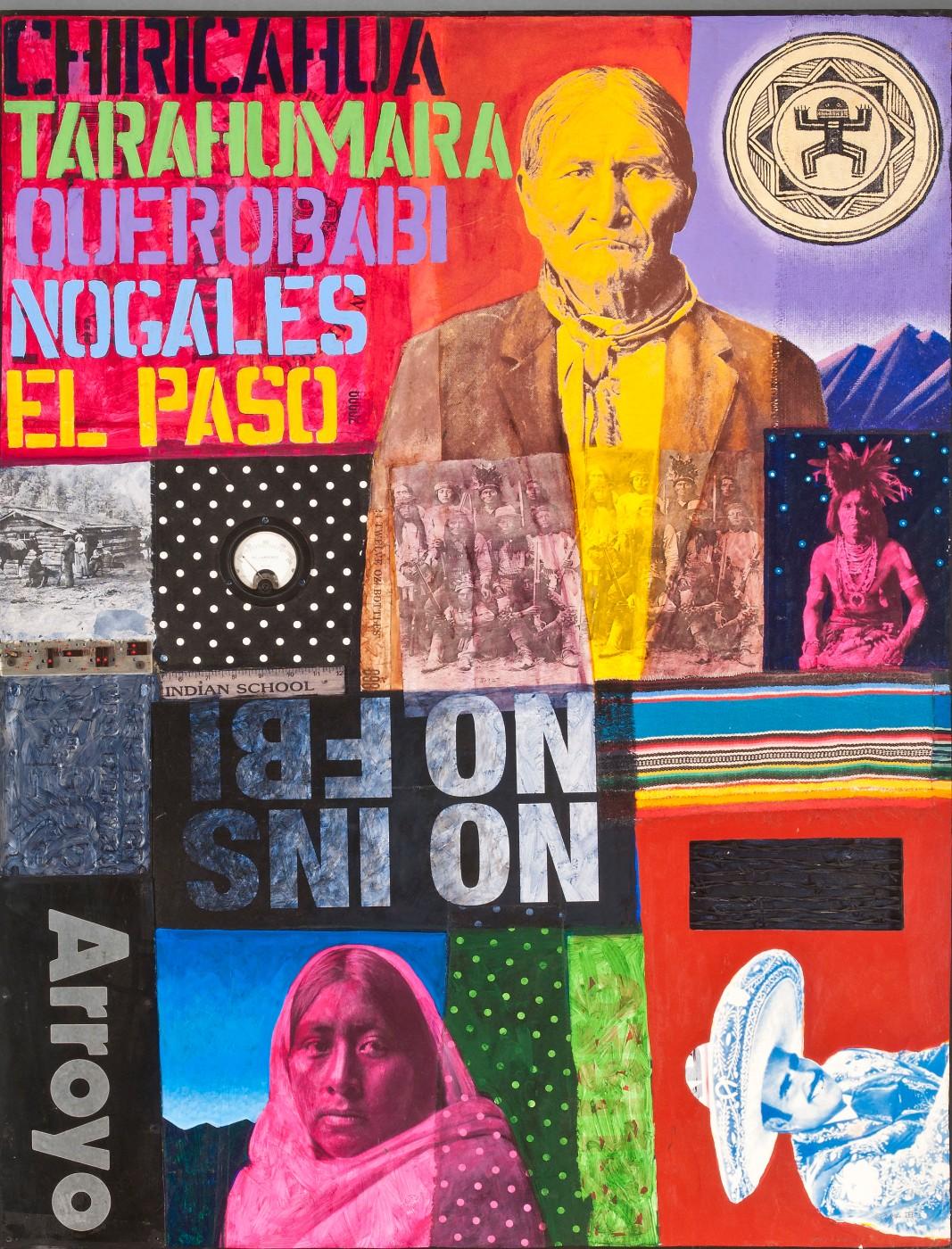 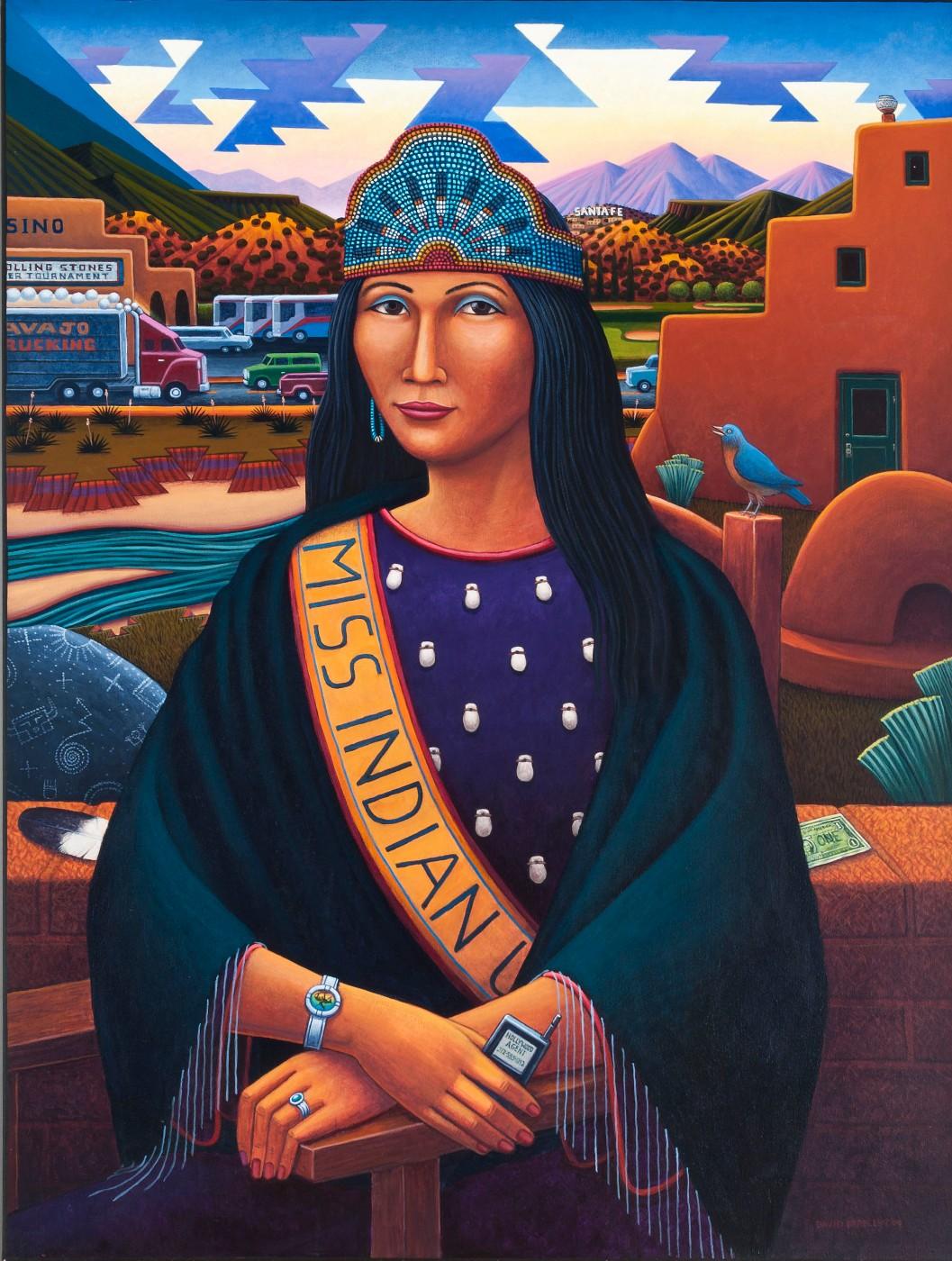 Born in California but raised in Minnesota, Bradley was separated from his family by the foster care system and was eventually adopted by a non-Native family. Bradley’s advocacy for Native peoples has sought to redress the chronic removal of Native children from their communities, and the racism that he experienced growing up. Much of his work shows Bradley challenging stereotypes of what it means to be a Native American, while trying to navigate life in between Native and mainstream, white worlds.

Bradley critiques Santa Fe as a pseudo-Hollywood, with its ever-present tourist culture and habit of co-opting of Native culture. End of the Santa Fe Trail (1992) shows the destruction and debauchery tourists have at the expensive of Native Americans and the environment. The market for Native American arts and crafts in the Southwest and beyond is so large that counterfeiters have often made massive profits falsely marketing their wares as Native. In Santa Fe, Bradley witnessed this regularly and was inspired to help found the Native American Artists Association. The group was instrumental in getting the federal Indian Arts and Crafts Act passed in 1990, which makes it a federal crime to falsely identify and sell objects as created by Native Americans that are not. 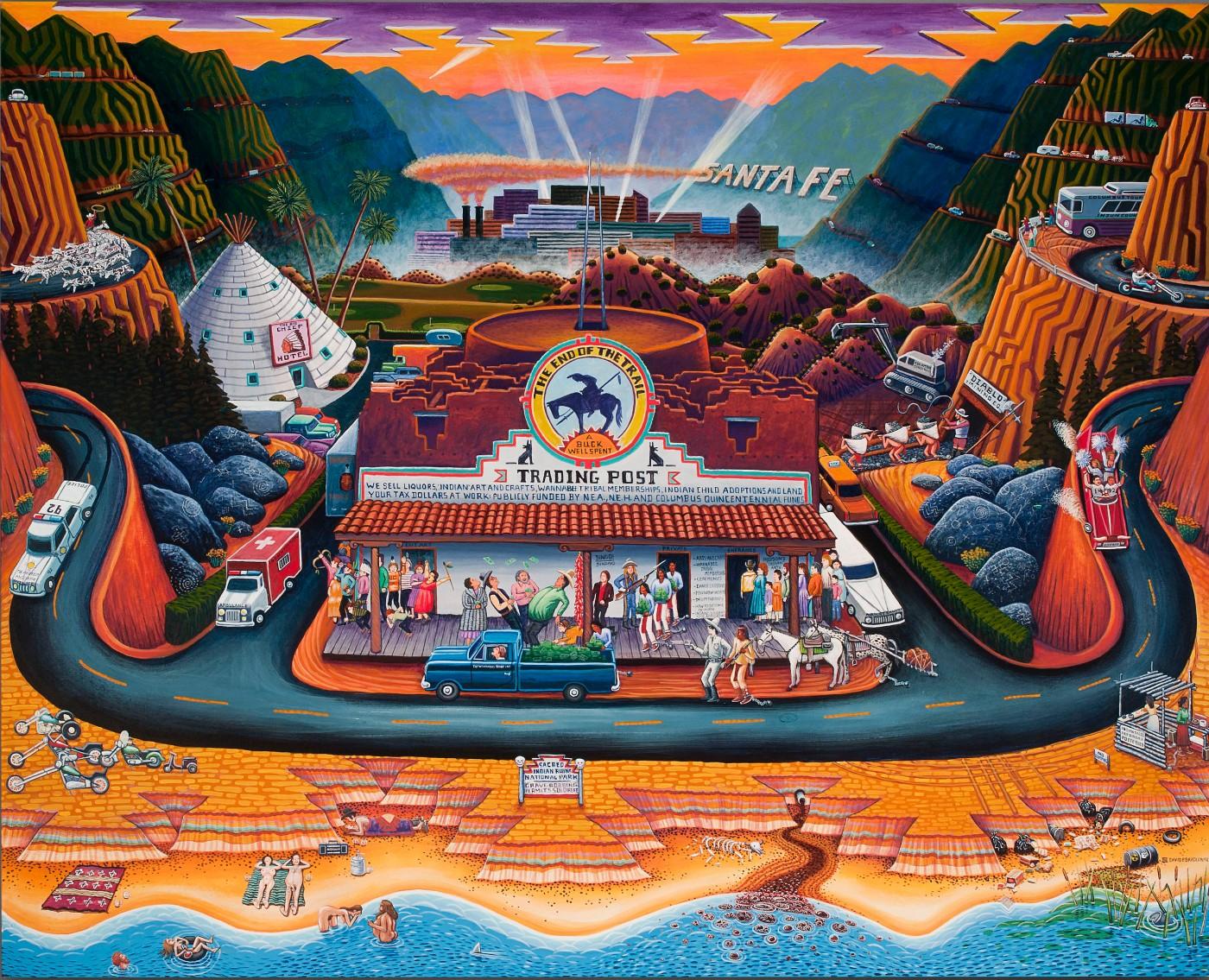 David Bradley’s artistic output has recently by hampered by his battle with ALS. Through the detailed worlds and complex characters he has committed to canvas, his voice and vision remain potent and pertinent.

Indian Country: The Art of David Bradley is on view at the Autry Museum of the American West through January 5, 2020.