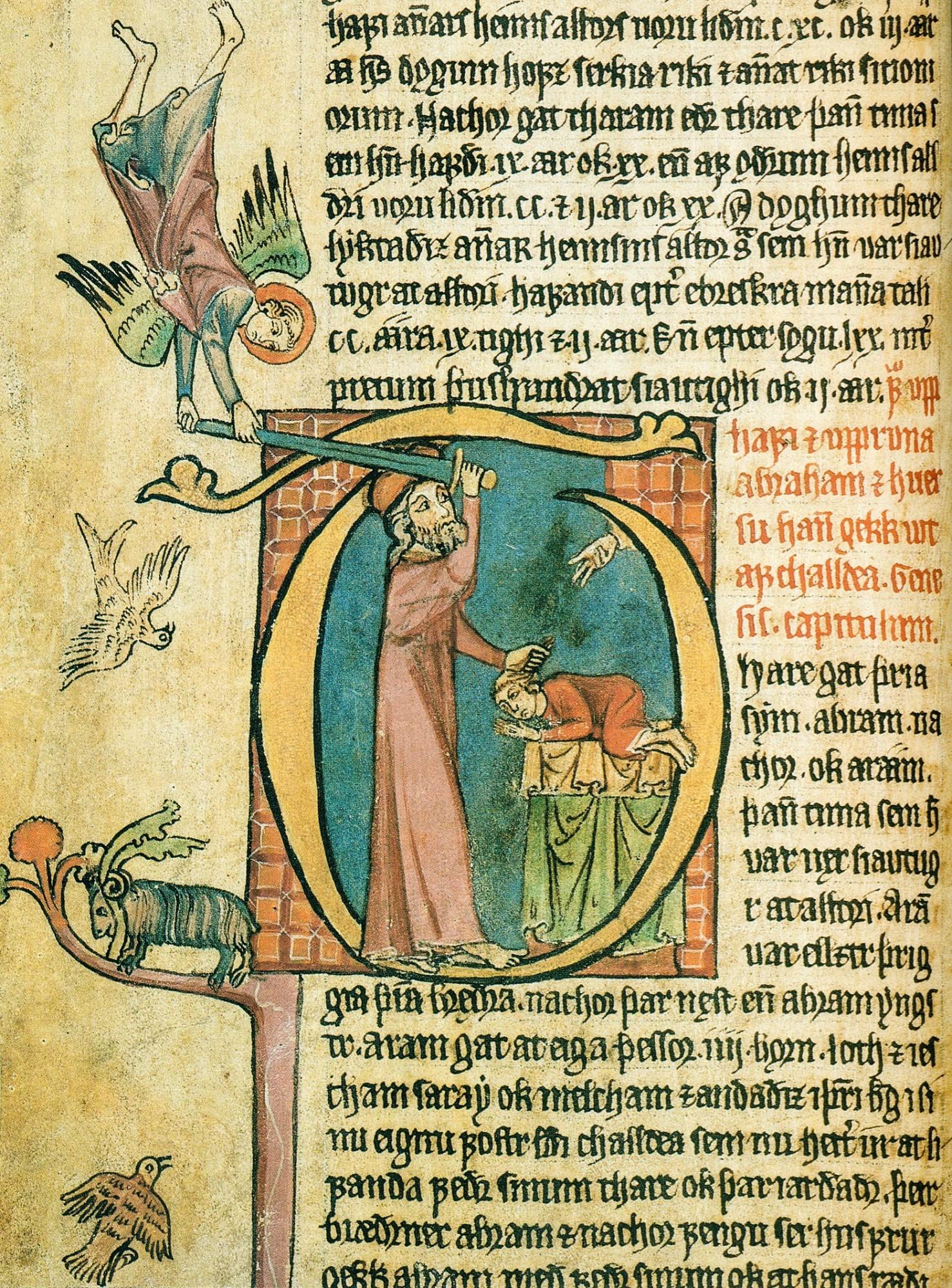 Denmark and Iceland are rekindling a decades-old conflict over an invaluable collection of manuscripts. According to the AFP, tensions are heating up between the nations over the Arnamagnaean Collection, one of the greatest collections of medieval manuscripts in the world.

Amassed by and named for historian Árni Magnússon (1663–1730), who served as Secretary of the Royal Archives and Professor of Danish Antiquities at the University of Copenhagen, the collection consists of around 3000 manuscript items. The texts are invaluable documents that help us understand the lives, religions, and folkways of medieval Iceland, Denmark, Norway, and Sweden. The collection also includes about 100 manuscripts from southern Europe. 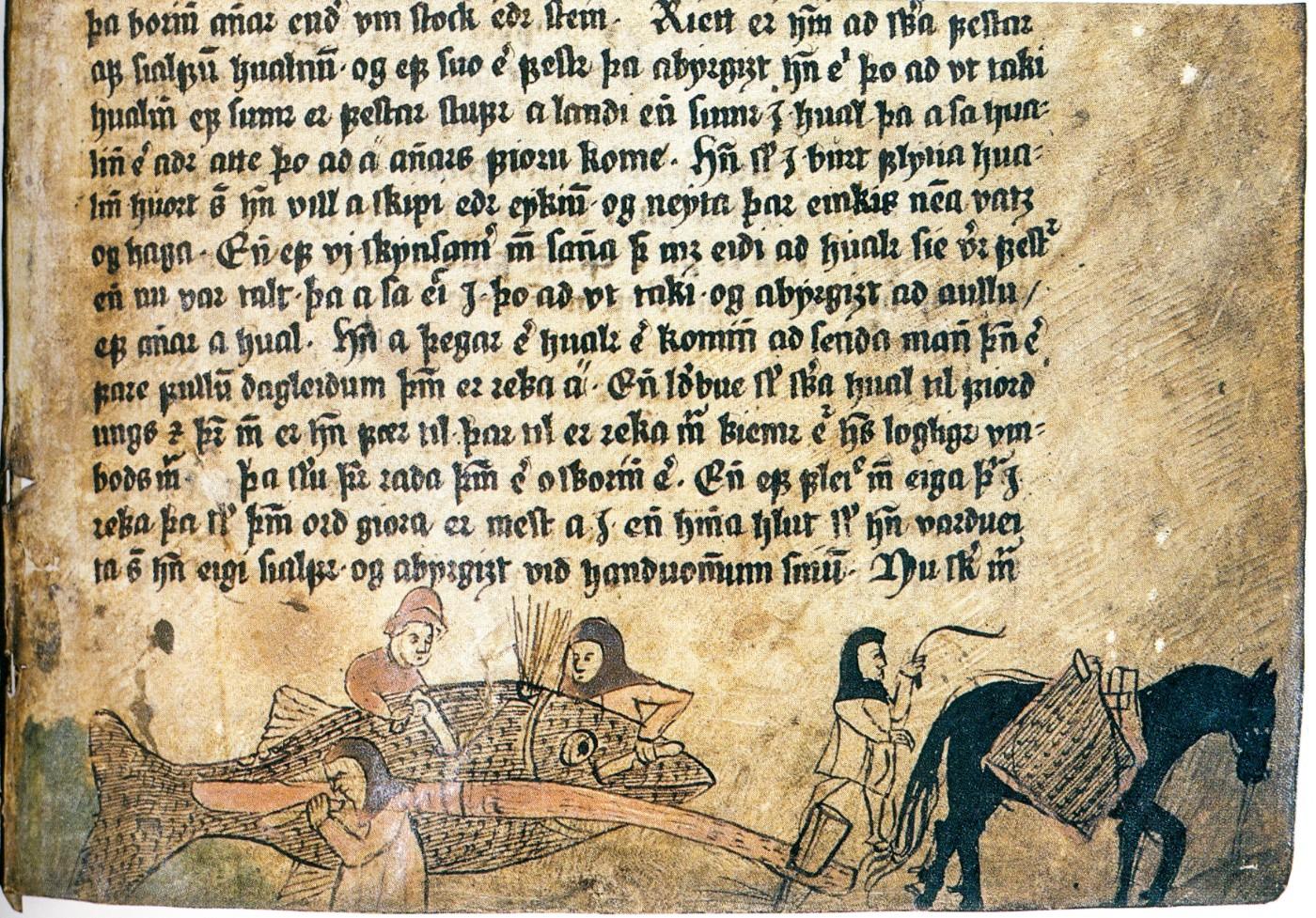 Processing a whale, from a 16th century manuscript from the collection of the Árni Magnússon Institute

Upon his death in 1730, Árni Magnússon left his collection to the University of Copenhagen, in what is now the Arnamagnæan Institute. Iceland, which was a Danish colony from the 1600s until 1944, has long demanded the return of their cultural patrimony. A court ruling in 1965 divided the collection between Copenhagen and the Árni Magnússon Institute for Icelandic Studies in Reykjavík, Iceland.

Dating from as early as the 12th century, the texts include stories of Norse mythology, Viking history, early bibles, and Icelandic sagas. The highlight of the collection is the only remaining copy of Heimskringla, a collection of Old Norse kings sagas. Written in the 13th century by Icelandic poet and historian Snorri Sturluson, the manuscript is now held at the National and University Library of Iceland. 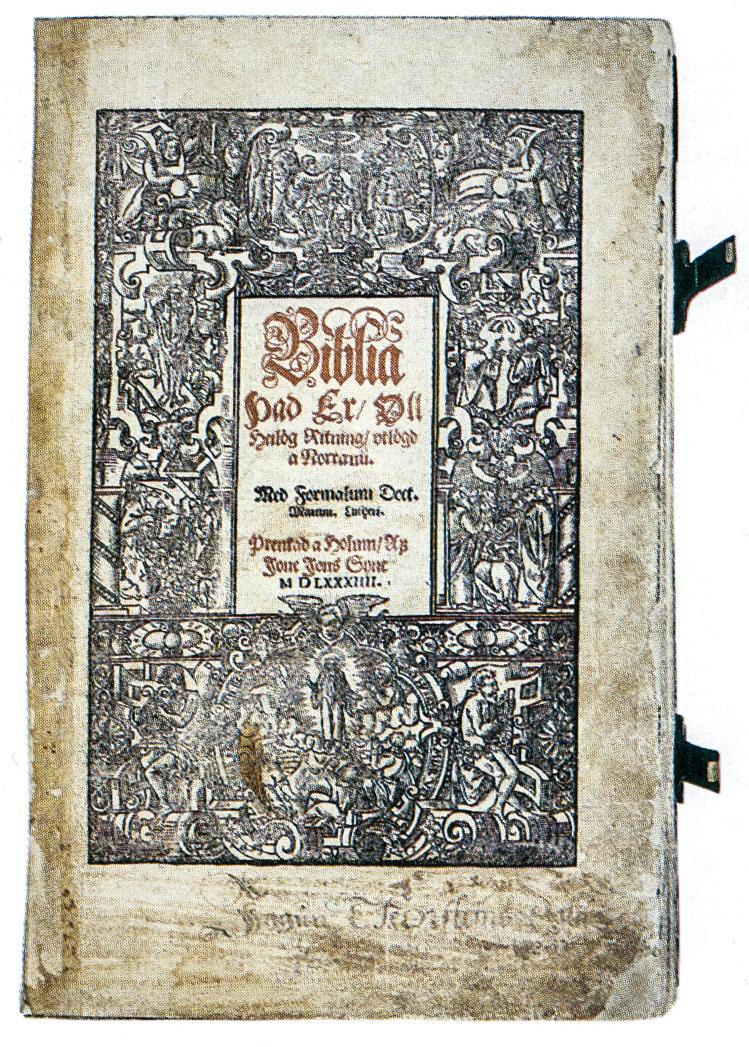 In 2009 the collection was added to UNESCO’s Memory of the World Register for its “outstanding universal value,” and the expansive collection is still a fruitful source for scholars. Spanish researchers recently discovered in the collection an index from the library of Hernando Colón, the son of Christopher Columbus. In the 16th century, Colón attempted to collect every book in the world in his library. His method of tracking and documenting his collection, as seen in his many indices, informed much of modern library methods.

As their cultural and monetary value only increases over time, Iceland's Culture and Education Minister Lilja Alfredsdottir is renewing calls for the collection to be returned. A newly created institute dedicated to Magnusson would be the perfect place to house the documents.

But the Danes aren’t giving up their half of the trove so easily, citing their importance to Danish culture, and the fact that they would be able to provide greater access to the documents than remote Iceland does.

The historically contentious relationship between these two nations doesn’t appear to be getting any less controversial, although they can agree on one thing: the value and magnificence of this important collection.