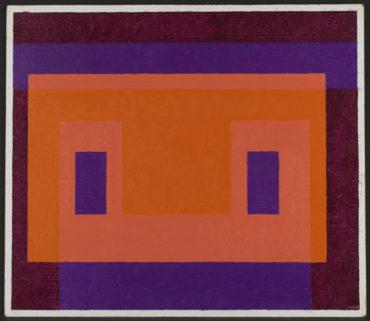 (NEW YORK, NY, November 2, 2017)—From November 3, 2017, through February 18, 2018, the Guggenheim Museum will present Josef Albers in Mexico, an exhibition illuminating the relationship between the forms and design of pre-Columbian monuments and the art of Josef Albers (b. 1888, Bottrop, Germany; d. 1976, New Haven). The presentation will feature a selection of rarely shown early paintings, iconic canvases from Albers’s Homage to the Square and Variant/Adobe series, and works on paper. The exhibition also includes a rich selection of photographs and photocollages, many of which have never before been on view and were created by Albers in response to frequent visits to Mexican archaeological sites beginning in the 1930s. With letters, studies, and unseen personal photographs alongside works drawn from the collections of the Guggenheim Museum and the Josef and Anni Albers Foundation, Josef Albers in Mexico presents an opportunity to learn about the least known aspect of his practice, photography, offering a new perspective on his most celebrated abstract works.

An artist, poet, theoretician, and professor of arts and design at the Bauhaus, Dessau and Berlin; Black Mountain College, Asheville, North Carolina; and Yale University, New Haven, Albers worked across the mediums of painting, printmaking, murals, and architecture. With his wife, the artist Anni Albers, he traveled to Mexico and other Latin American countries more than a dozen times from 1935 to 1967 to visit monuments of ancient Mesoamerica, which archaeologists were then excavating amid a resurgence of interest in pre-Columbian art and culture. On each visit, Albers took hundreds of black-and-white photographs of the pyramids, shrines, and sanctuaries at these sites, often grouping multiple images printed at various sizes onto paperboard sheets. The resulting photographs and photocollages reveal Albers’s innovative, if understudied, approach to photography and also underscore the importance of seriality within his overall body of work.

Albers’s collaged images also suggest a nuanced relationship between the geometry and design elements of pre-Columbian monuments and the artist’s iconic abstract canvases and works on paper. Several of the latter are titled after key sites in Mexico, and formal resonances between the two bodies of work become apparent, especially when viewed together as in the Guggenheim presentation. Albers’s embrace of pre-Columbian imagery may be considered within the complex and often-fraught history of modernist artists looking toward non-Western cultures for source material. His work contrasts with that of the revolutionary Mexican artists with whom he met on his trips, including Diego Rivera. At the same time, Albers’s long-term commitment to studying Mexican art and architecture also positions him as a prescient figure in the history of post–World War II American art, when artists such as Donald Judd, Ad Reinhardt, and Robert Smithson looked toward ancient traditions with a new sensitivity and self-awareness.

A fully illustrated catalogue, with scholarly essays by Hinkson and Joaquin Barríendos, accompanies Josef Albers in Mexico. The volume also includes writing by Josef Albers and an illustrated map documenting the Alberses’ journeys. The legacy of education is a strong element of his practice and will be reflected in public programs, such as a November 18 workshop for educators on the color theory he developed within his seminal pedagogical project Interactions of Color (1964).

Major support for Josef Albers in Mexico is provided by LLWW Foundation. Funding is also provided by the Robert Lehman Foundation, the Mex-Am Cultural Foundation Inc., and The Mexican Cultural Institute of New York. The Leadership Committee for this exhibition is gratefully acknowledged for its generosity, with special thanks to Alice and Thomas Tisch; David Zwirner, New York/London; Lisa and John Miller; and Louisa Stude Sarofim. The catalog for this exhibition is supported by Furthermore: a program of the J. M. Kaplan Fund.

Admission: Adults $25, students/seniors (65+) $18, members and children under 12 free. The Guggenheim’s free app, available with admission or by download to personal devices, offers an enhanced visitor experience. The app features content on special exhibitions as well as access to more than 1,600 works in the Guggenheim’s permanent collection. Additionally, information about the museum’s landmark building is available in English, French, German, Italian, and Spanish. Verbal Description guides for select exhibitions are also included for visitors who are blind or have low vision. The Guggenheim app is supported by Bloomberg Philanthropies. 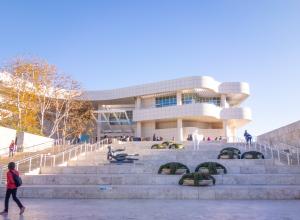