Confederate Monuments: Past, Present, and Future 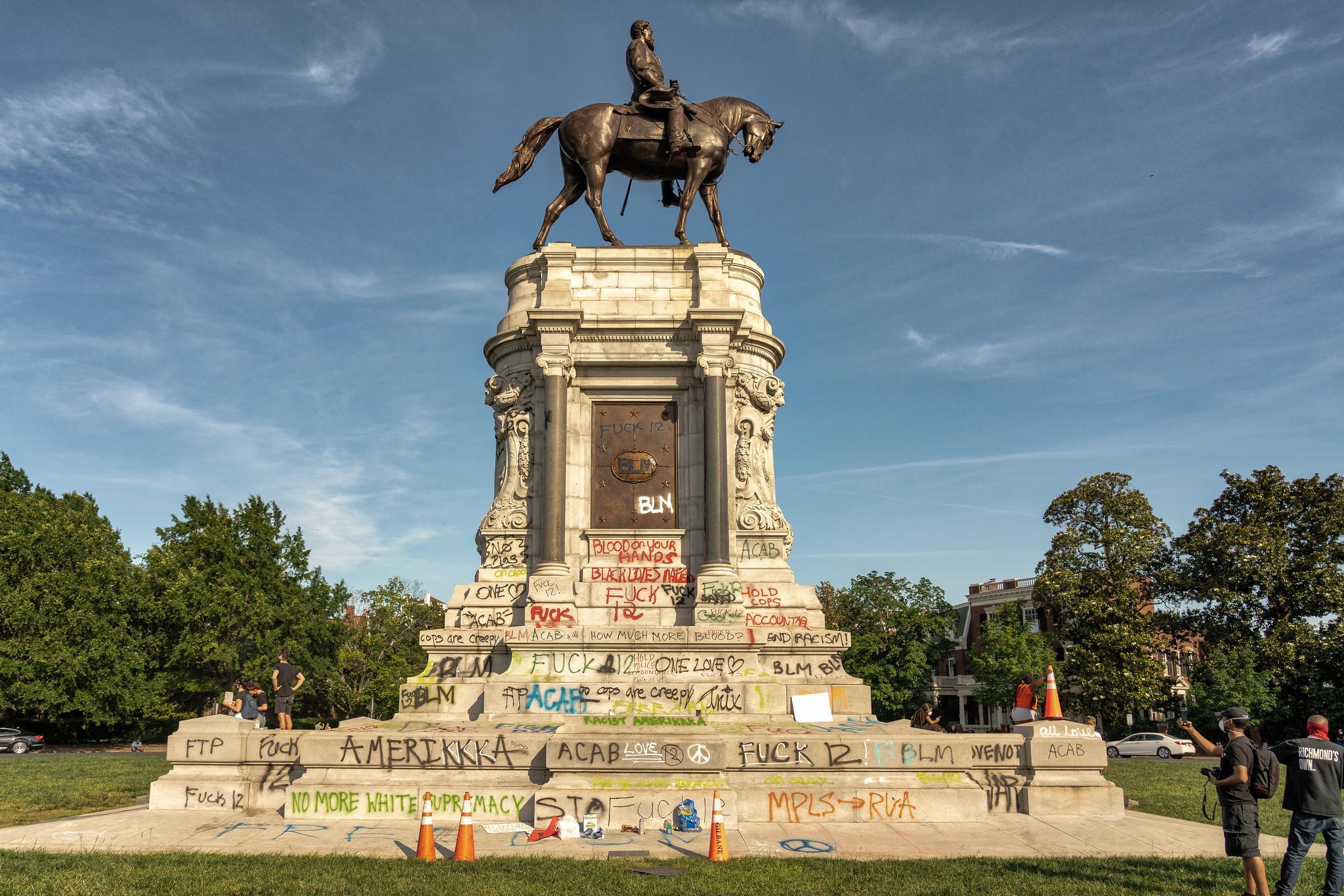 Countries around the world, and America in particular, are currently reckoning with the pervasive problem of racism. Protesters are demanding reforms in policing and other public policies in order to create a more equitable society. As peaceful and violent protests have taken over big and small cities, monuments and statues devoted to controversial historical figures have become a major site of conflict. Photographs and videos from around the world have shown the toppling and defacement of statues of Confederate leaders like Robert E. Lee and Jefferson Davis, as well as colonizers, conquistadors, and slave traders such as Christopher Columbus and Edward Colston.

According to the Southern Poverty Law Center’s Whose Heritage: Public Symbols of the Confederacy database, there are roughly 700 Confederate monuments in the US in thirty-one states plus Washington, DC. Part architecture and part art, in the southeastern US especially, these statues are a ubiquitous part of the landscape, and their ever-presence shapes our understanding of history in subtle and not-so-subtle ways. 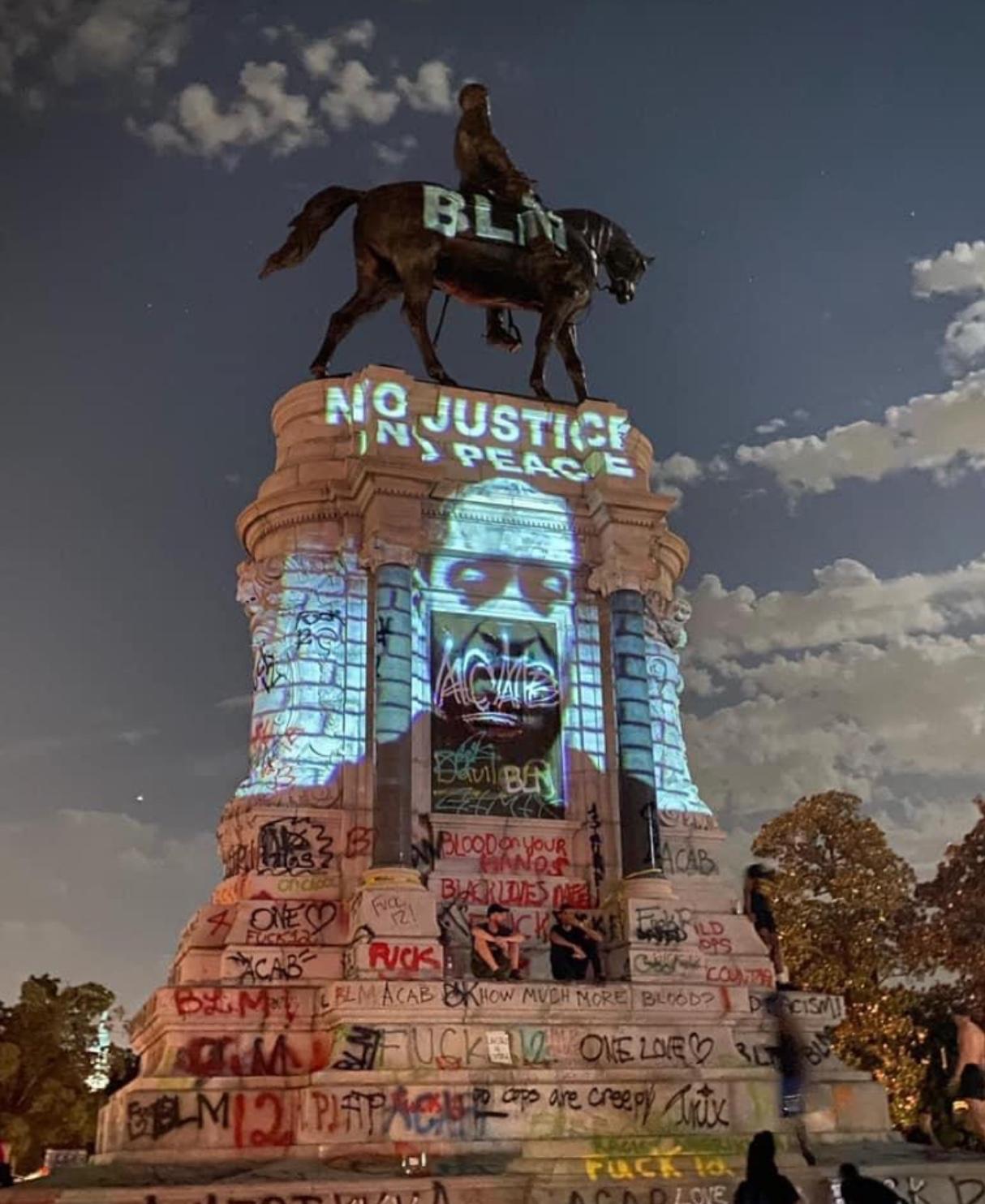 The Robert E. Lee monument on Monument Avenue in Richmond, Virginia, with an image of George Floyd projected on it.

Though we might assume these statues are relics of the Civil War itself, in fact, most were put up in the decades after the Civil War, which ended in 1865. It wasn’t until the end of the 1890s that civic groups like the Daughters of the Confederacy began pooling funds to erect the statues around the country. Mass-produced and cheaply constructed, the statues of Confederate dead made their way to cities across the country, accompanied by the naming of many public schools and highways for Confederate generals.

After the Civil War, formerly enslaved people and their descendants had begun to make social and economic gains. It is this fledgling success in the Reconstruction era that historians cite as inspiring the erection of these statues. Under the guise of remembering the Confederacy, Confederate memorial groups and their monuments sought to remind newly freed black people that the cause of white supremacy was still alive. Racist Jim Crow laws also went into effect in this era, keeping freed enslaved peoples and their descendants from achieving equity. Another spike in establishing monuments occurred in the late 1950s and ‘60s as a reaction to the Civil Rights movement.

Though activists have been calling for the removal of statues and renaming of the schools for quite some time, racial tensions and protest in the past five years have pushed this movement forward. In 2015, after the white supremacist massacre of twelve worshippers at the Emanuel African Methodist Episcopal Church in Charleston, South Carolina, some states removed symbols of the Confederacy from their flags and state capitols. In August 2017, after a Charlottesville, Virginia, Unite the Right rally, which was protesting the removal of a statue of Robert E. Lee, erupted in violence, leading to the death of three people, another wave of monument removal passed through the country. Now, after the death of George Floyd at the hands of Minneapolis Police has sparked protests and violence around the world, Confederate statues around the US are coming down in droves. 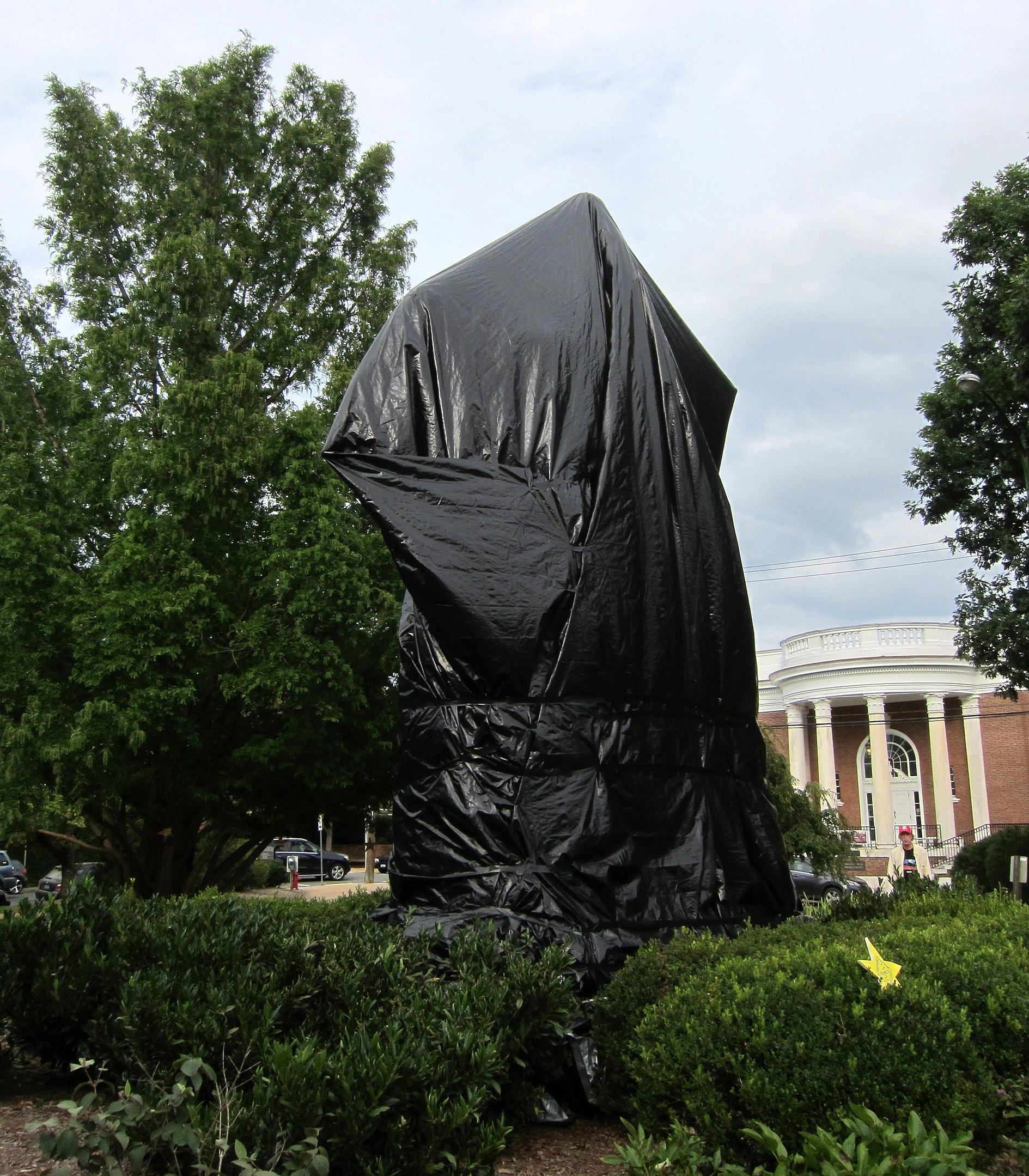 In Richmond, Virginia, a former capital of the Confederacy, Monument Avenue, home to five massive memorials to Confederate dead, has long been a site of contention. After protesters tore the statue of Jefferson Davis from its pedestal on June 10, Governor Ralph Northam announced plans to remove the remaining four statues. At the far end of the avenue, a statue of Richmond native Arthur Ashe, unveiled in 1996, will still stand.

Removal of the statues has proven difficult, with several state legislatures enacting laws that protect their removal or renaming. In 2017, New Orleans removed their statute of Robert E. Lee from Lee Circle. Fearing violent reprisals, construction vehicles had to be brought in from out of state and workers wore bulletproof vests.

Despite this, statues have continued to fall at the hands of protesters and are increasingly being removed by governments, leaving the question of what comes next. Ideas for what to do with the removed statues include placing them in museums, simply destroying them, and adding informational plaques to existing statues, giving them important context. In Atlanta, home to many Confederate memorials, these markers have been added to several monuments. Historians and government officials are looking to Germany for inspiration, which has created historical monuments to their Nazi past without honoring the military heroes of the Third Reich.

The Virginia Museum of Fine Arts sits beside the headquarters of the Daughters of the Confederacy, and mere blocks away from Monument Avenue. Their recent commission of a massive sculpture by Kehinde Wiley that serves as a foil to the Confederate monuments is a tantalizing option to replace the Lee statue. Rumors of War (2019) is Wiley’s first monumental public sculpture, and depicts a young, contemporary black man astride a rearing steed, in the style of many heroic military monuments.

For now, as these statues come down, many are placed in municipal warehouses, while governments and the public grapple with how to display these relics of our ugly past.