Bonhams Presents Three Western and California Art Auctions
The Story Behind the Most Recognizable Portrait of a US President
Reframed: John Sloan's “Sunday, Women Drying Their Hair”
Project ShareArt uses AI to Gauge How Attractive Art Is
Haines Gallery Returns with Chromotherapy

Buildings that Dream: Inside the Mind of a Revolutionary Digital Artist 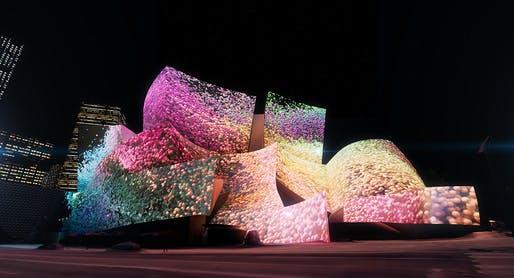 Cities that paint, buildings that dream and sculptures that listen are just a few of the surreal thoughts occupying the mind of digital artist Refik Anadol. Such notions are meant to be taken literally, like his “Machine Hallucination” inaugurating the new ARTECHOUSE at New York’s Chelsea Market on Sept. 6. An immersive projection of ever-evolving cityscapes, it is produced from an internet search of 100 million images of the city from the past, present and future, then filtered through an AI program.

“What would happen if a building had a tapestry of cognitive skills, can learn, can dream and can remember, can interact beyond a beautiful facade and function? What else can it do?” Anadol asks, still energetic after a hard day of work in his Frogtown studio in Los Angeles.

He began his search for answers 10 years ago as a graduate student at Bilgi University in his native Istanbul. For his thesis project, he created a piece titled “Quadrature,” transforming a wing of the Santral Istanbul Museum of Contemporary Art into what he calls a living sculpture. Projected monochromatic images mimicking the building’s facade were set in constant flux by ambient audio from the surrounding neighborhood. Images of “Quadrature” went viral on social media, jamming the artist’s inbox with requests from all over Europe.

Anadol got his first computer at the age of eight, right around the time he saw the classic 1982 sci-fi film, “Blade Runner” for the first time. Both became instrumental in charting his present course after matriculating with an undergraduate degree in photography and videography, (“to understand time and place,” he explains). He received his first masters degree at Bilgi and his second from UCLA where he is a lecturer and visiting researcher. 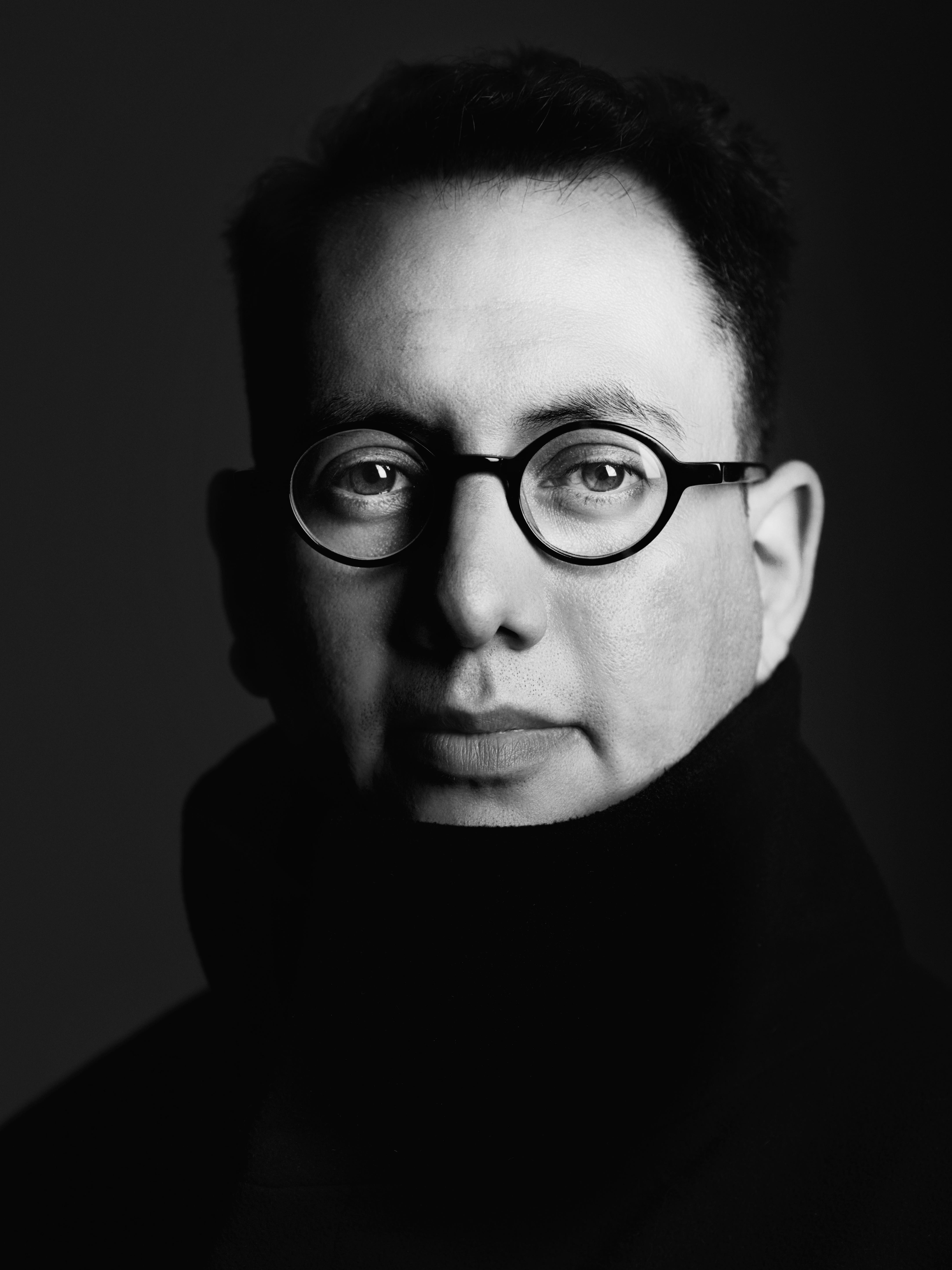 “UCLA was very important cause L.A., ‘Blade Runner,’ movie culture, but also the Light and Space movement,” Anadol offers, extolling the virtues of his adopted city. “There are so many pioneers at UCLA,” he says of the school’s illustrious faculty, including photographer Catherine Opie, Barbara Kruger, John Baldessari, Chris Burden and Mike Kelley.

An invection point for Anadol was the spring of 2015 when Google’s DeepMind researcher, Alexander Mordvintsev ordered an AI program to skip the learning phase and build its own imagery based on the data it had been fed. The results were arresting and often chilling AI dreamscapes. “So, what we see here is an engineer playing with an algorithm saying, ‘dream,’ meaning inception, meaning let the machine look at its data and let’s watch what pops out.”

Anadol took this very approach to his 2018 breakout, “WDCH Dreams,” celebrating the Walt Disney Concert Hall’s 15th anniversary. Aggregating data from the hall’s archives, including audio and visual recordings that would take 17 years for a single person to consume, Anadol and his team ran it through an AI program. For one week last September the result, an evocative miasma of music and imagery, was projected on the swooping panels of the hall in downtown Los Angeles.

Anadol often refers to the movie “Blade Runner,” which asks if an artificial being can be imbued with emotions, memories, aspirations and all of the qualities that make us human, is there a point in distinguishing between humans and machines? “WDCH Dreams” did not exactly humanize Walt Disney Concert Hall, but it may have brought it a step closer to consciousness for a week as it processed its memories, reorganizing and manufacturing the past similar to our own flawed faculties. 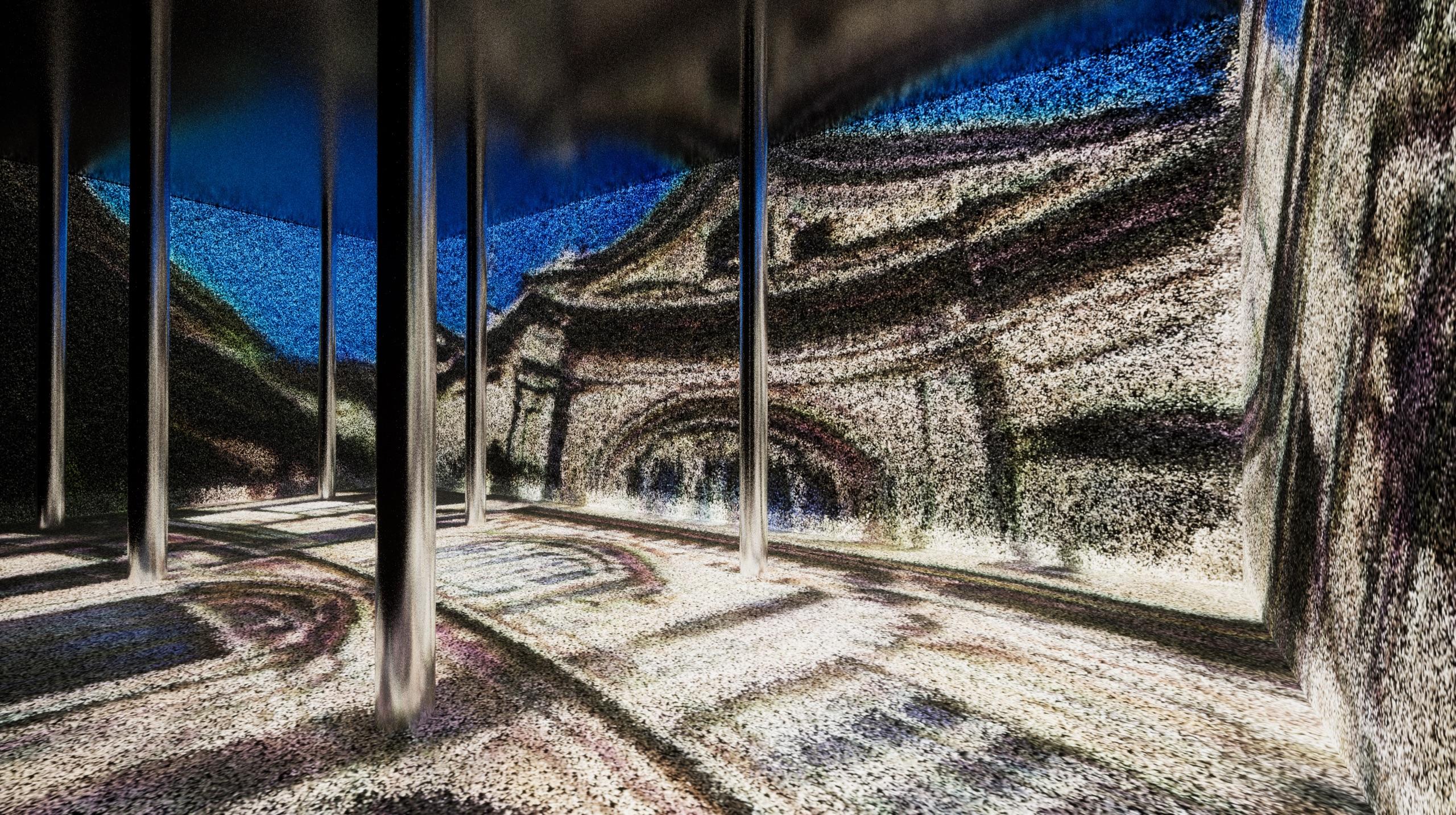 Rendering of Machine Hallucination by Refik Anaadol. Image courtesy of the artist and ARTECHOUSE.

Similarly, “Wind of Boston: Data Paintings,” in the lobby of the office building at 100 Northern Avenue, takes wind data collected at Logan International Airport and transforms it into a moving painting. “I coined the term data painting in 2015. For the first time we were able to visualize wind data and wind patterns,” Anadol says with pride. “I think it was another disruptive moment in the artworld cause data was offered as a figment. Collectors enjoyed that. Now we have wind of Miami, Dubai, London. It turned into a whole new field of research for us.”

“Us” refers to Anadol’s team of 10 including his wife, Efsun Erkilic. At the age of 34, he is an elder in the tribe, whose median age is 25. Between them, they speak roughly 12 languages, equipping them for collaborations in most parts of the world but not their next project, which takes them off world. “Mission Memoirs” focuses on data from outer space sources – ISS, Hubble, the Apollo mission, and the Mars Reconnaissance Orbiter.

“We are giving a context and consciousness to architectural spaces, but we are somehow making a very sinestatic narrative, meaning we are trying to make the space have a sense of smell, a sense of imagination, a capacity,” he says of his work to date. “What really inspired me was not just the image of the future but how it’s changing us. How is technology turning us into a new entity? What does it mean to touch these machines every day? Are we in control or are the machines in control? What does it mean that we're in this limited place, more connected, but more disconnected from the world? It's a beautiful problem.”