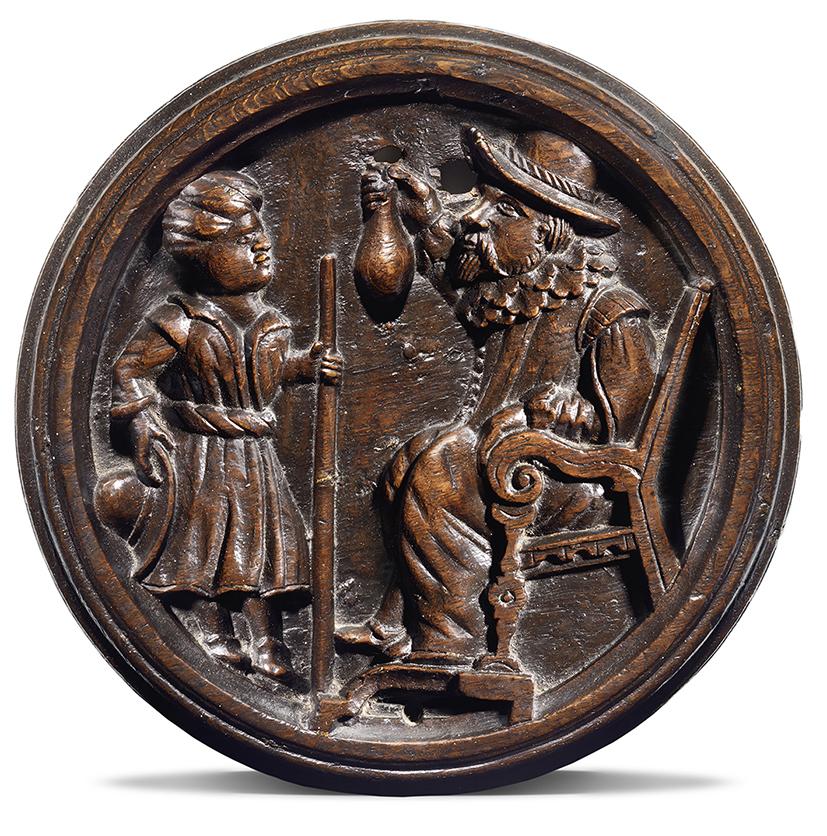 Carved with a scene depicting, on the left, an elaborately turbanned figure and, at right, a physician who holds aloft a flask, the wooden object seen above is, to put it quite bluntly, a 'piss-pot' lid or cover.

It was part of a sale held by Bonhams in London on September 18–one of their regular Oak Interior sales in which furniture or furnishings of all shapes and sizes are the core offering, but where candlesticks, pots, plates and all sorts of other household items are to be found. 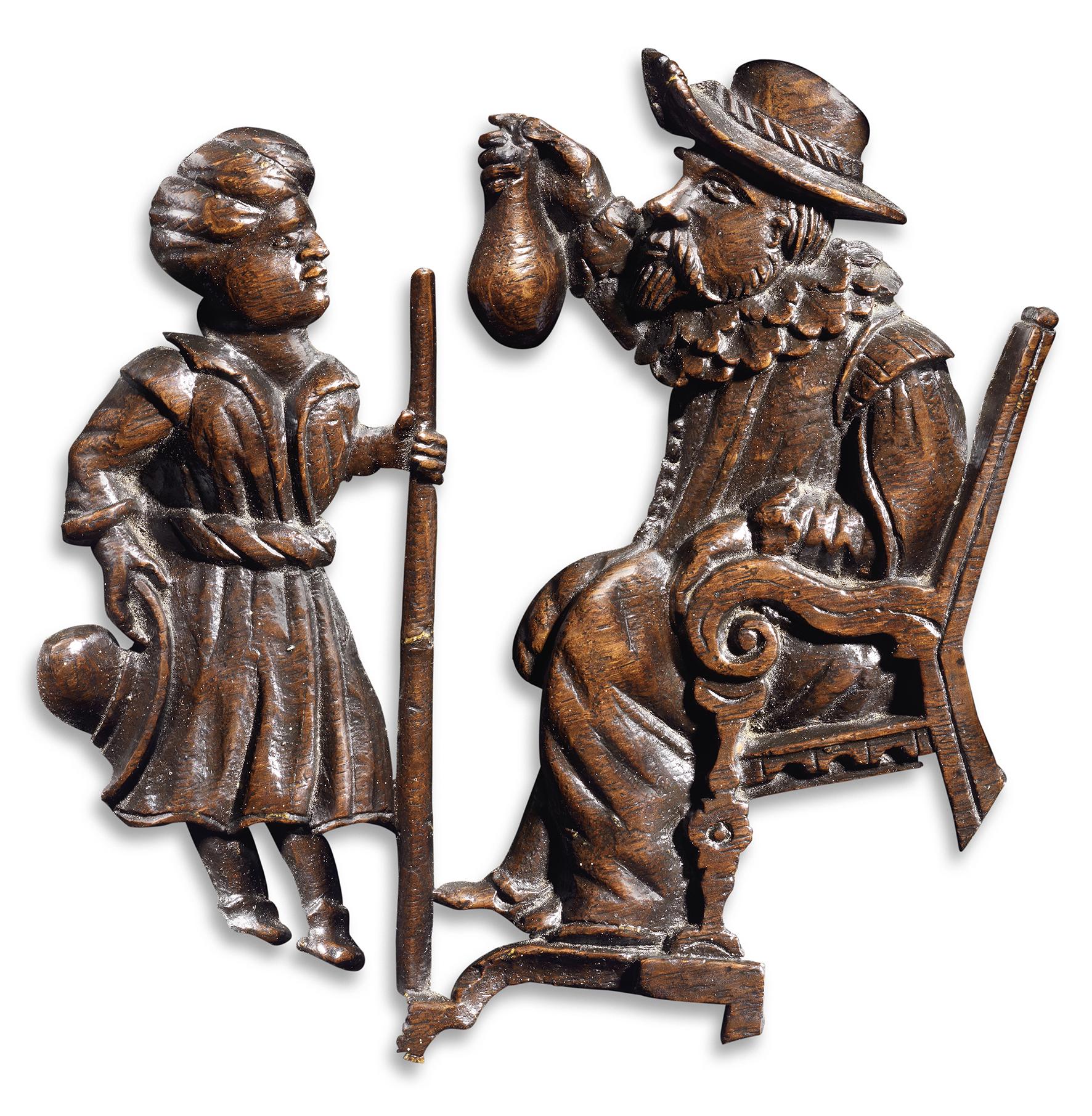 What the scene carved on this exceptional lot depicts is the process of 'uroscopy', the esoteric and, I daresay, none too appealing art of examining urine for color, clarity, smell and even taste!

In time past his was a quasi-medical practice which supposedly allowed for a diagnosis to be made without the doctor ever having to see or physically examine the patient.

In one of Shakespeare's history plays, Henry IV, Pt II, Sir John Falstaff's page is sent with a sample of his master's 'water' to the doctor, reporting back later with the verdict.

Act I, Scene II opens with the following exchange:
Falstaff: Sirrah, you giant, what says the doctor to may water?
Page: He said, sir, the water itself was a good healthy water; but, for the party that owed it, he might have more diseases than he knew for. 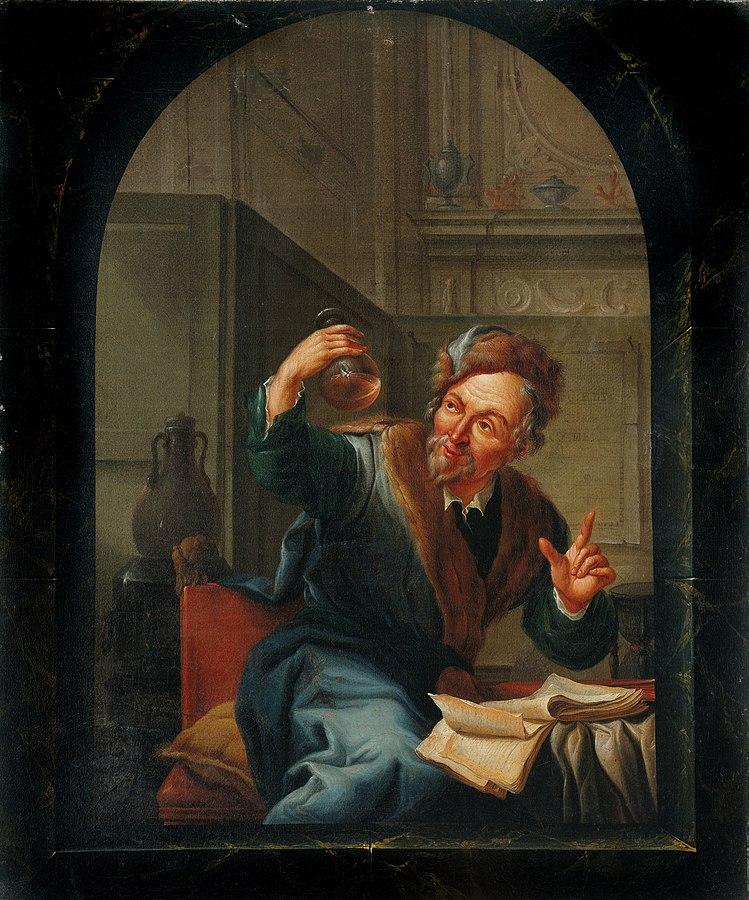 Willem Joseph Laquy's oil painting, A physician or alchemist examining a flask at a casement.

In this lid the sample appears to have been brought to a physician by a servant, though the latter might possibly be an apothecary.

In 1555 such suspect practices were outlawed in England by the College of Physicians, which banned apothecaries from dispensing medicine based solely on uroscopy. However, it seems very likely that popular demand saw the practice continue for many years thereafter.

Such analysis of urine has a long history. The ancient Mesopotamians are said to have practiced it at least 6,000 years ago and around 400 BC, even Hippocrates–whose famous oath is still, in modified and modernized form, a rite of passage for many–recommended its practice to physicians.

Reliance on uroscopy for medical diagnoses was nevertheless beginning to be questioned and condemned as an unreliable practice as early as the 14th century. 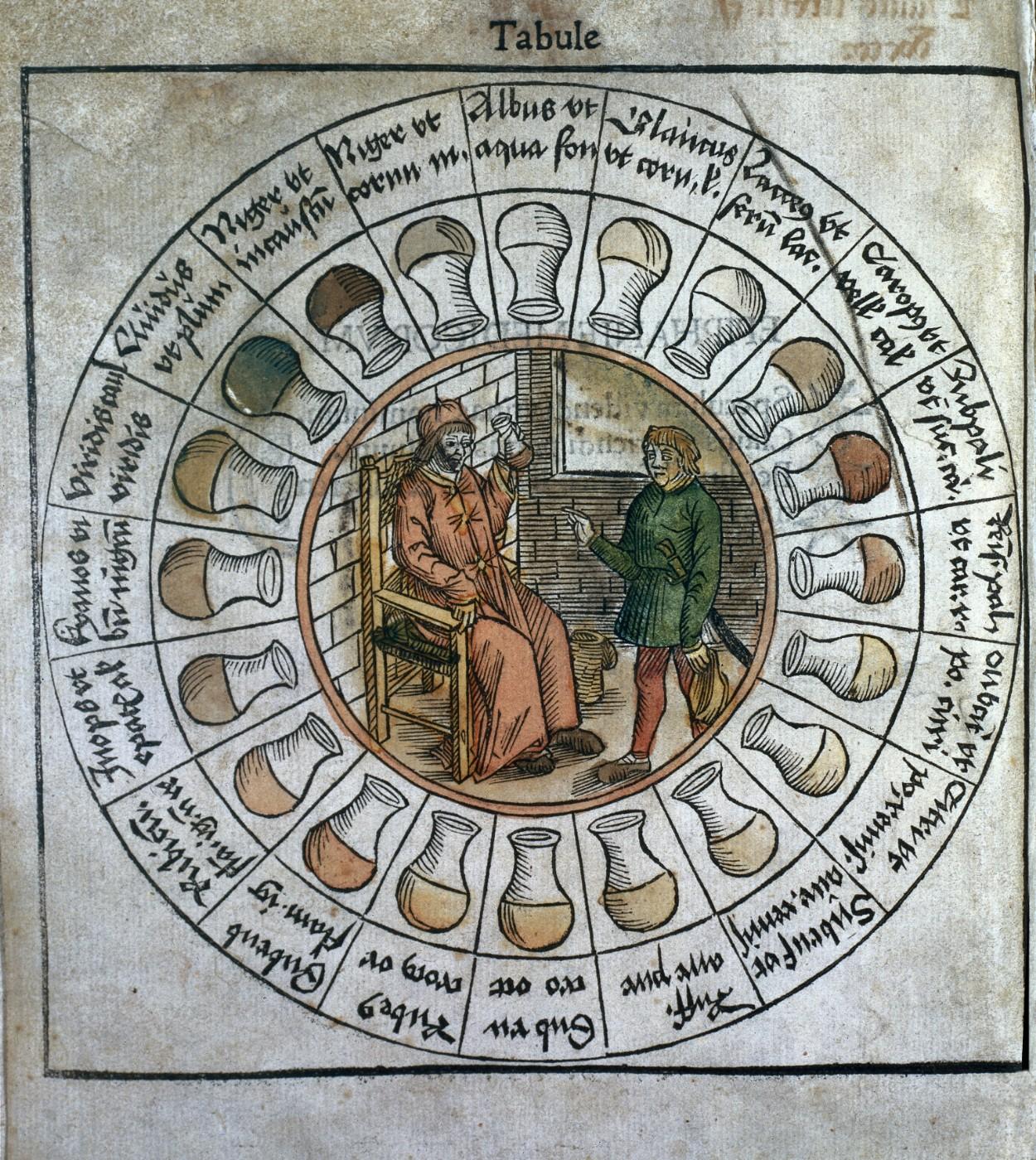 In 1623, James Hart published The Arraignment of Urines, a translation of a 16th century text by a Dutch physician, Peter Forestus, and in 1637, around the time that this lid was made, an English physician, one Thomas Brian of Colchester (in the county of Essex), published a work that he graced with the no-nonsense title, The Pisse Prophet, or Certaine Pisse-Pot Lectures.

Bonhams also noted that a work called Epiphaniae medicorum, published in 1506, includes an illustration in which a seated doctor examines a flask of urine, with a page or apothecary before him in a scene that is very similar to that carved on the lid that they sold in their Knightsbridge rooms.

This piss-pot lid they determined to be of either English or Dutch origin, and sold it for $2,300.