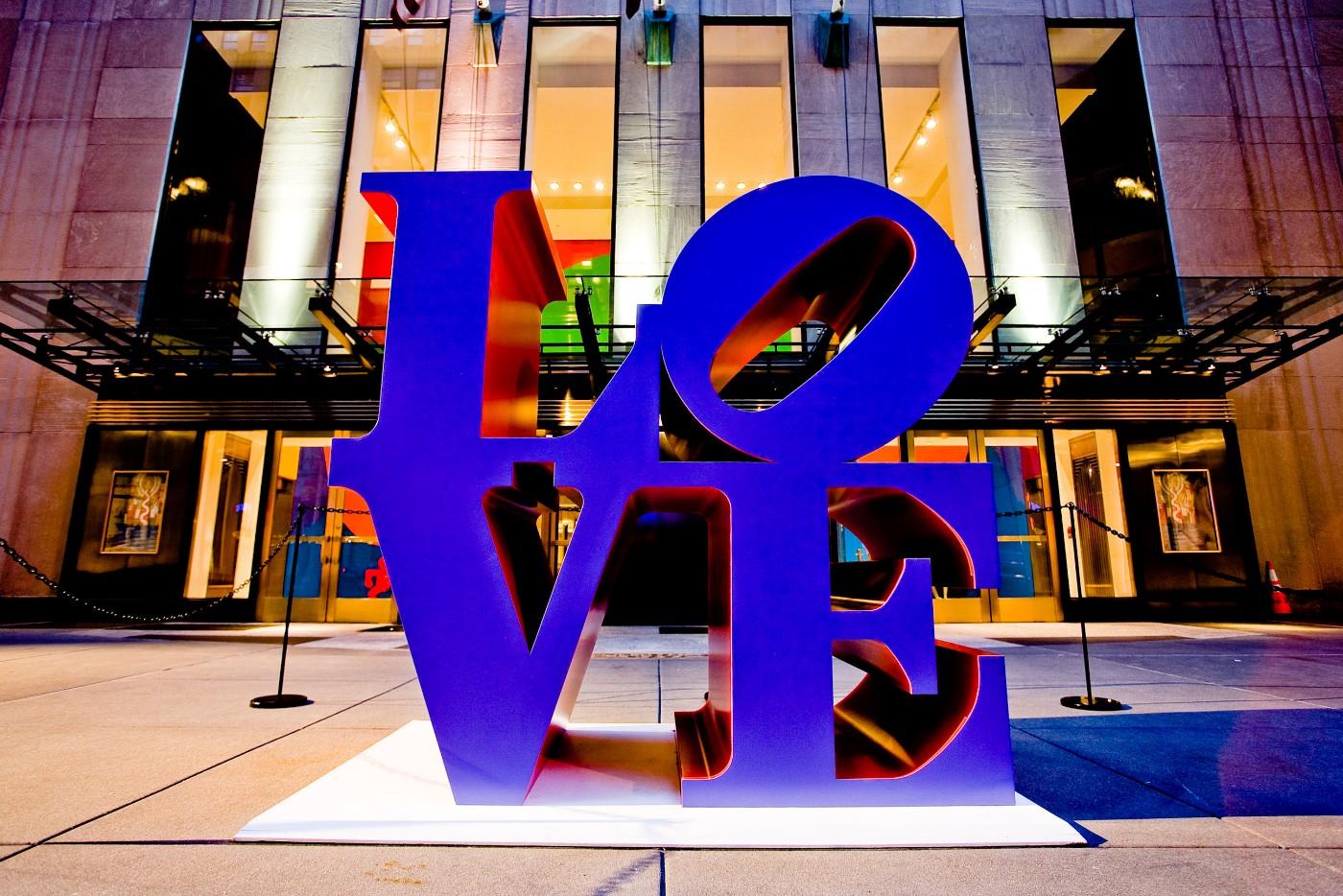 Today the art world mourns the death of Robert Indiana. The pop artist died on Saturday at the age of 89. His ubiquitous “LOVE” sculptures, notably seen in Philadelphia, New York, and Indianapolis, are iconic works of art. The four letters stacked in a square with an off-kilter “O” were made famous in 1964 as a Museum of Modern Art Christmas card. Indiana went on to create steel sculptures based on this design, as well as prints. Since then the image has gone on the grace postage stamps, clothing, and every kind of souvenir imaginable. Indiana continued to play with his most recognizable creation throughout his career. He created versions in Spanish and Hebrew, in different colors and materials, and with mirrored repetitions of the word. In 2008, he created similar “VOTE” and “HOPE” versions for the Democratic National Convention and the Obama campaign. 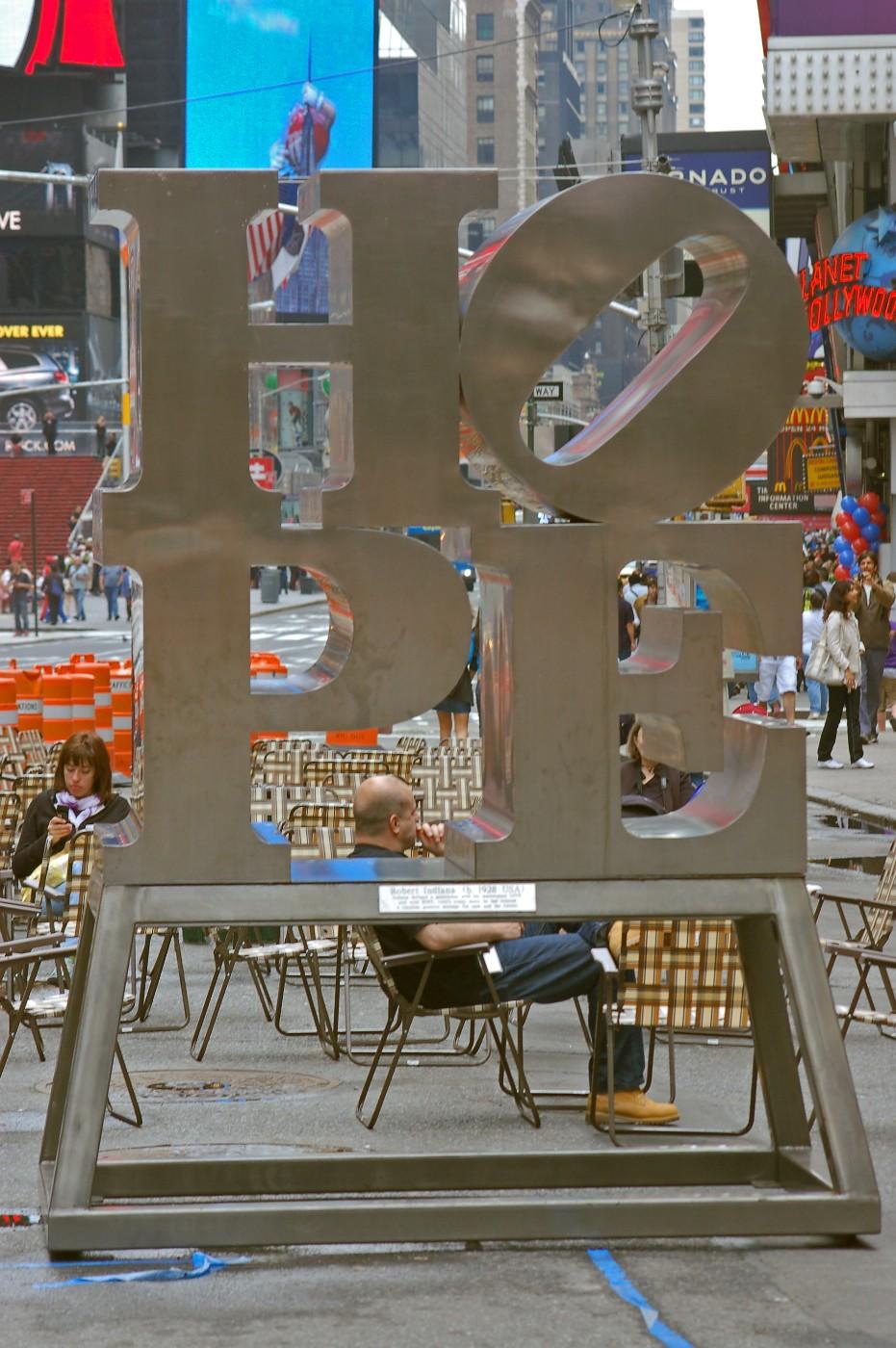 Though LOVE came to dominate his career and over-shadow many of his other works, Indiana made important contributions to Pop Art. Indiana’s fascination with letters, numbers, and typography was evident in all of his work. His use of familiar images and language to comment on the American way of life was insightful. As evidenced by the 2013 survey of his work at the Whitney Museum of American Art, "Robert Indiana: Beyond LOVE," critics and art historians are making the case for the importance and appreciation of his work outside of the limelight of "LOVE."

After the massive success of "LOVE" in the 1970s, Indiana retreated from the New York art scene to Vinalhaven, a remote island off the coast of Maine. Indiana lived and worked there until his death.