Webform
Exhibits
Artists on the Move: Journeys and Drawings 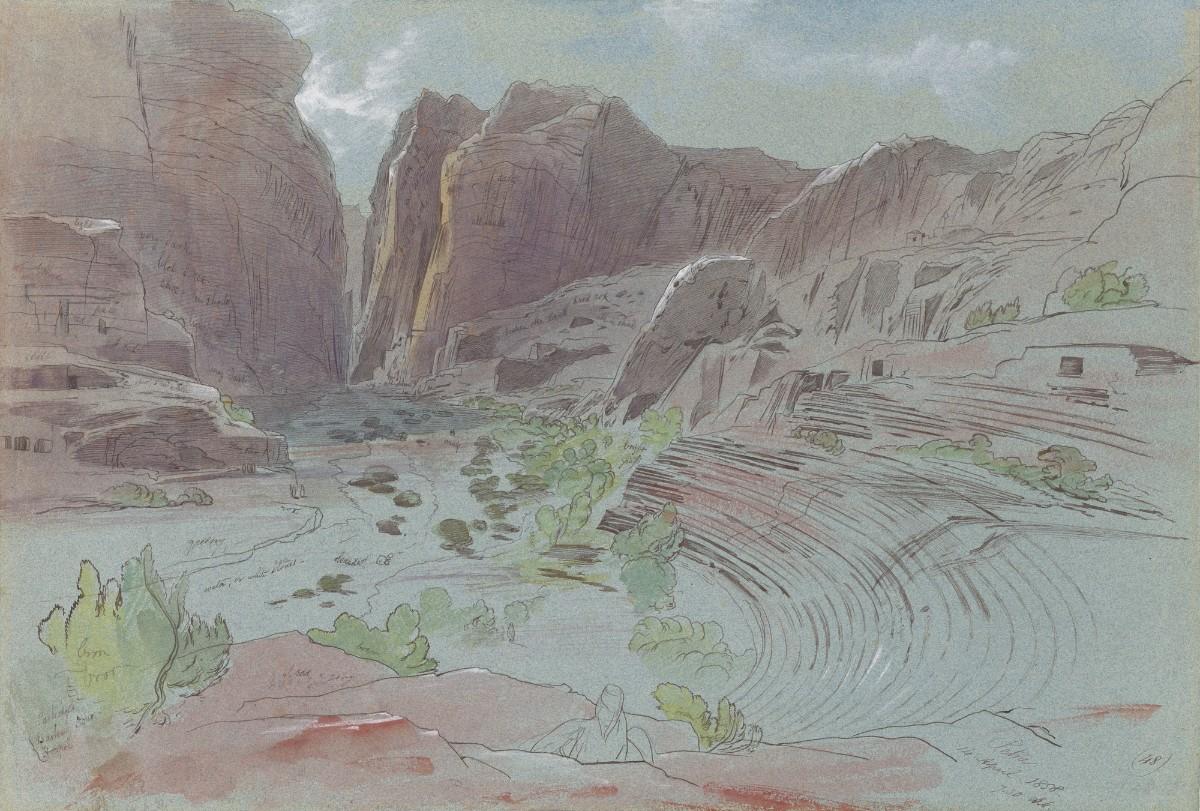 Featuring works from the museum’s permanent collection and from the Getty Research Institute, Artists on the Move: Journeys and Drawings looks at the travels of artists as they became exposed to different artistic traditions and new knowledge, while at the same time disseminating their own knowledge and traditions wherever they went. For instance, the red-and-black-chalk The Toilette of Venus by Swiss Joseph Heintz the Elder (1564-1609) attests to the artist’s absorption of sixteenth-century Italian conventions. With her elegantly curved body shown from the back, Heintz’s Venus simultaneously recalls the female figures of Raphael and those of Correggio, while the combined use chalk was typical of Roman draftsmanship during his visit in 1594. Struck by the strangeness and beauty of the ancient city of Petra–its sandstone ruins against the morning sky–the polymath Edward Lear (1812-1888) sketched the amphitheatre and its surroundings in haste before having to flee the site.

Artists on the Move: Journeys and Drawings