Roman Villa of the Cryptoporticus.

Wikipedia
Roman Villa of the Cryptoporticus.
LiDAR, 3D Renderings, and the Future of Archaeology

Note: The 3-D images in this story are interactive. Click/tap and drag on a 3-D object to view it from multiple angles. Scroll/pinch on an image to zoom in and out. 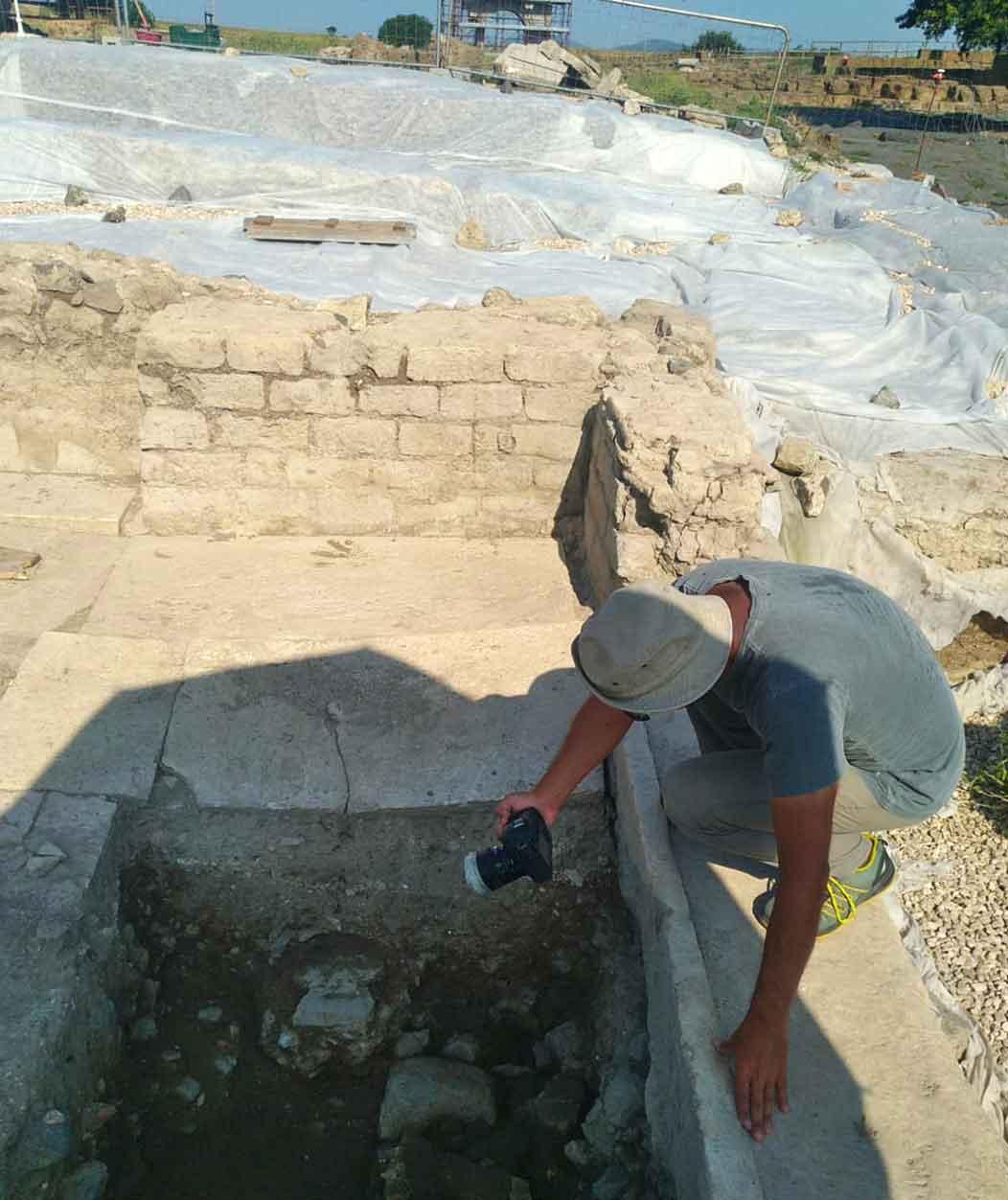 Photogrammetry Specialist, Nevio Danelon, takes photos under artificial shadows that will later be stitched together to create the 3D model of the entire excavation.

“As archaeologists, we try to mitigate the destructive nature of our work,”

At first glance, the Vulci Archaeological Park is everything one might expect of an ancient city in rural Italy: idyllic landscapes peppered with the fragmented remains of bygone societies, a smattering of tourists treading steps into well-worn roads and paths. Yet, contrary to the sleepy tranquility which the site exudes, an innovative excavation is taking place among the ruins.

For the past six years, the Vulci 3000 Project, led by Duke University’s Professor Maurizio Forte, has been a forerunner in implementing digital processes in archaeological fieldwork. The project aims to better our understanding of the social and cultural transformations which took Vulci from an independent Etruscan city to a conquered Roman settlement, but in conjunction with that goal, it also seeks to produce a democratized dataset that is accessible and digitally preserved for the modern age. The key to accomplishing this is the unique combination of completely paperless record-keeping, geospatial data recording, drone LiDAR photography, and the 3D replication of the entire excavation.

On a typical day, the archaeologists conduct their work much like any other excavation, scraping away layers of dirt with pickaxes and trowels, but gone are the days of pen and paper at Vulci. The excavation is entirely paperless, every digger instead utilizing a tablet or laptop computer to record data and observations in a digital format. A simple tool but one with far-reaching effects according to Field Director, Elisa Biancifiori. “Archaeological work isn’t restricted to the field but is just the beginning of our research. Each season we produce a large amount of data—unit sheets, photos, plans, finds sheets, soil samples, et cetera…” All this data must be reconciled, organized, and interpreted after the excavation has closed each summer. Recording everything through digital methods from the beginning means no time is lost transcribing paper records, and it also ensures that all data are accessible from anywhere in the world; a critically important element considering the international composition of the team, and recent COVID-induced travel limitations.

Establishing a fully digital platform also serves the crucial role of laying the foundations for the project’s pièce de résistance: the 3D replication of the entire excavation in virtual reality. This feat is accomplished utilizing 3D photogrammetry, in which myriad photos of a designated area (or object) are taken from every possible angle with a DSLR camera at a consistent distance until the entire subject is covered. Next, the photos are run through a program—such as MetaShape—which stitches the photos together based on similar features in overlapping sections to create a digital 3D rendering. This process is duplicated every day, multiple times, and for every new context or layer that the archaeologists uncover (individual objects that are recorded thus are available to the public here). The resulting 3D replica is comprehensive, incredibly detailed, and ensures the preservation of data that would otherwise be lost. “As archaeologists, we try to mitigate the destructive nature of our work,” says project director, Professor Maurizio Forte. “We work for a community, not just ourselves, and so we want to deliver the data properly to allow others the chance to look at it in the future. We also want to be more sensitive to the fact that the archaeological site is a difficult place to reach.”

Many archaeological sites are rurally located away from modern urban centers – the Pompeii’s of the world representing an outlying exception. For most tourists the transportation required to reach many of these sites is too daunting. For students of archaeology, there is also the physical aspect of archaeological work to consider as well as the cost. Fieldwork is inherently labor intensive, limiting the participation of physically disabled or handicapped individuals, while the average cost of attending a field-school ranges from $2,000-$3,000. The digital recording model of Vulci 3000, therefore, offers a pedagogical alternative to teaching archaeological excavation processes, methods, and techniques not only to the general public with opportunities for VR and digital museum experiences, but also for students who are otherwise unable to experience fieldwork. Professor Forte has seen the benefits of teaching from such data firsthand, affirming that an “empirical experience through the virtual is much more effective” than traditional lecturing or teaching tools. Such comprehensive recording also makes it possible to detect looting or environmentally driven changes between excavation seasons, the former being a constant concern at Vulci.

Of course, as Field Director Biancifiori notes, “a flawless technology doesn’t exist.” 3D photogrammetry, for instance, requires a consistent light source and often archaeologists must get creative to combat cloud cover or dappled shadows. At Vulci, beach umbrellas have served as the tool of choice for such endeavors. There is also of course the matter of properly charged electronics, Wifi, and backup snafus—essentially the same practical drawbacks any tech-driven project would encounter. Yet, it is clear at Vulci that the pros of operating entirely in the digital greatly outweigh the cons. 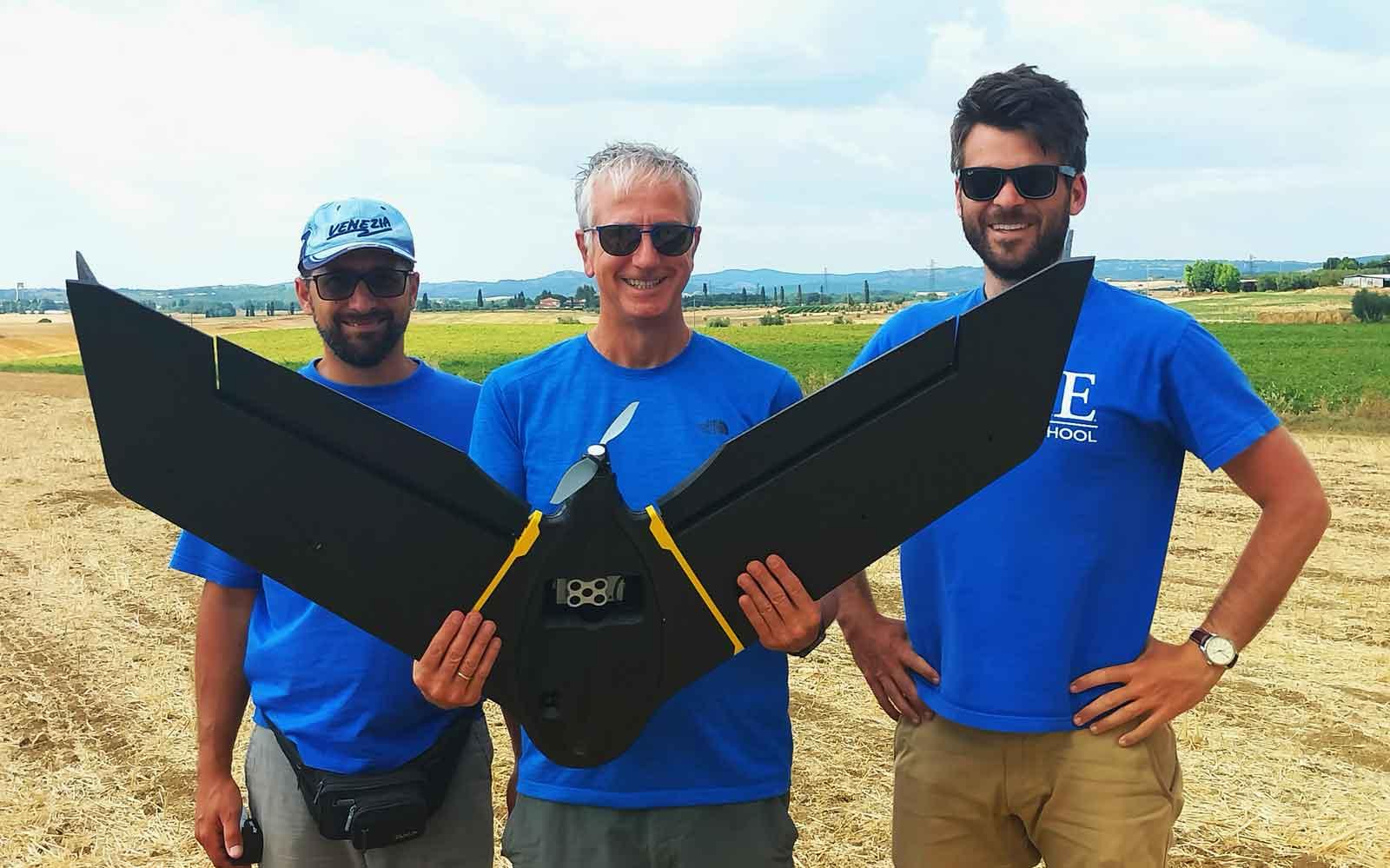 For example, within the same realm of preservation, Vulci 3000 also utilizes high resolution drone LiDAR (“light detection and ranging”) photography to measure and map structures and features not visible from the ground or to the naked eye. Such imagery facilitates the collection of data without ever having to dig at all. Antonio LoPiano, a PhD candidate at Duke University, relies on LiDAR data, as well as the entire digital movement within the discipline, for his own research.

“The attainability and democratization of data is vital to young researchers,” says LoPiano. “Drone and LiDAR technology allows us to obtain first-hand, novel data without even having to do intrusive research. This is huge especially since young researchers are more likely to be granted permits for such non-invasive work.” What is more, such technologies are becoming integral to the discipline as a whole, and being able to advertise the skills necessary to work with them will be critical for students like LoPiano when they enter a job market flush with ever increasing calls for digitizing the humanities.

But such has always been the goal of Vulci 3000: to create a new level of accessibility to and new methods of interacting with archaeological data in a digital age. As Professor Forte puts it, “It’s about the interpretation process, not what’s trendy. This is what we work for—a new kind of knowledge.”

The Vulci 3000 Archaeological Project is made possible in part by the generous support of the Luigi Rovati Foundation.

Dani is a Ph.D. student in Classical Archaeology at Duke University. She has excavated with multiple projects in Italy and predominately researches ancient identities in the northwestern Roman provinces.