Collection of the Second Ward Foundation
David Wojnarowicz (1954–1992), Wind (For Peter Hujar), 1987. Acrylic and collaged paper on composition board, two panels.
At the Whitney’s retrospective of David Wojnarowicz, social and cultural contexts mark the artist’s stunning and expansive body of work.

At the Whitney’s retrospective of David Wojnarowicz, social and cultural contexts mark the artist’s stunning and expansive body of work. 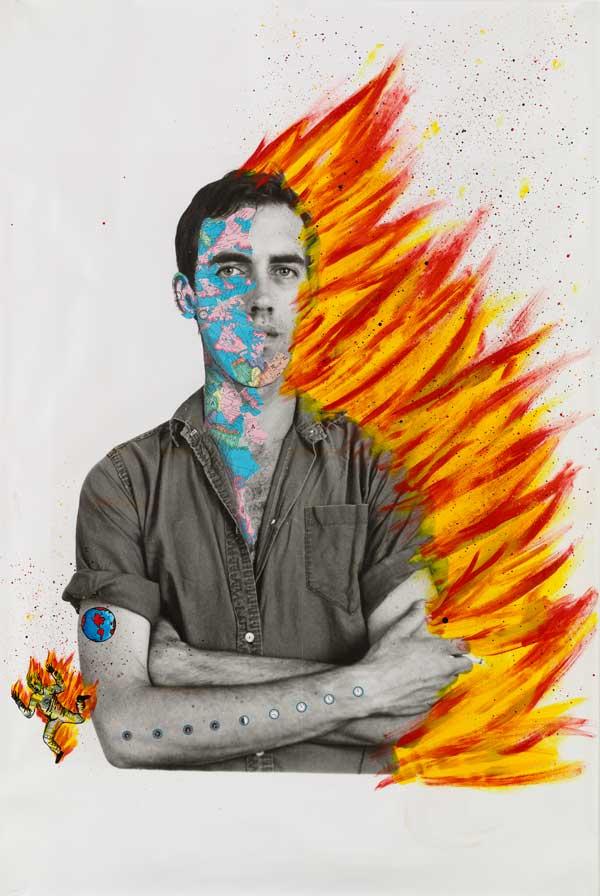 Adroit across a variety of media including photography, painting, collage, poetry, prose and music, Wojnarowicz is a key figure in two of today’s most important art historical contexts: queer art and the emerging historicization of the 1990s.

On July 13 the Whitney Museum of American Art opened David Wojnarowicz: History Keeps Me Awake at Night, an expansive retrospective of the prolific artist’s life and career. Adroit across a variety of media including photography, painting, collage, poetry, prose and music, Wojnarowicz is a key figure in two of today’s most important art historical contexts: queer art and the emerging historicization of the 1990s. Wojnarowicz and his practice connect to the defining socio-cultural events of the decade, including queer and AIDS activism, New York City’s essential downtown art scene, and the culture wars. A central figure in the National Endowment for the Arts (NEA) controversies that symbolized the ideological battles against neoconservatism in the last decade of the 21st century, Wojnarowicz sued the agency for censorship after they withdrew support from his exhibitions.

At times, Wojnarowicz’s connections to these contexts have threatened to overwhelm his work itself, particularly his role with the NEA. The exhibition at the Whitney, however, gives Wojnarowicz’s prolific artistic practice its due, weaving in contexts and histories, but always leading with the work itself. One of the primary themes of the Whitney exhibition is the artist’s connections, and disconnections, to the social world. His collaborators, his influences, the scenes he traveled in, as much as his preoccupations with alienation and manipulations of power, permeate the exhibition’s approach. This is fitting as Wojnarowicz’s oeuvre teems with allusions to his outsider status, family tragedy, and a search for an artistic language expressing the lives and terms of outcasts and cultural and environmental refugees, as well as references to icons, idols, peers, and lovers who shaped his life and work.

Structurally, the exhibition is broken into roughly chronological “chapters.” These sections are loosely organized around a key body of work or a life event from that period. By keeping these thematic sections loose, the structure allows the exhibition to brilliantly showcase the depth of Wojnarowicz’s practice and his successes in nearly every medium in visual and written art. In addition to original artworks, the show includes archival materials, such as Wojnarowicz’s early journals and notebooks and his written testimony against the NEA. It also includes archival audio: his music with post-punk band 3 Teens Kill 4 and, once again, recordings from the lawsuit against the NEA. These materials thoughtfully supplement concise exhibition texts, and add an unusually experiential feel to the standard artist retrospective format.

Within this structure, certain relationships and issues continually resurface; one of the most unmistakable is the profound connection, artistic and personal, between Wojnarowicz and Peter Hujar. The two were briefly lovers, but their relationship quickly transitioned. They were friends and collaborators, with photographer Hujar taking on the role of artistic mentor to the younger Wojnarowicz. In fact, according to the exhibition’s curator, David Breslin, “It was Hujar who convinced him that he was an artist and, specifically, encouraged him to paint—something Wojnarowicz had never done.” Furthermore, Hujar, who was an established name in several of New York’s up- and downtown art scenes, provided Wojnarowicz with essential and intangible “counseling … on artistic commitment and the mechanics of the art world.” During this period of learning and mentorship, Breslin notes that “Hujar also—and always—was making photographs.” The exhibition fittingly introduces their relationship by way of both men’s work. This gallery includes Hujar’s strikingly candid black-and-white shots of Wojnarowicz, and the latter’s early, boldly colorful, feverish acrylic renditions of his mentor, Peter Hujar Dreaming/Yukio Mishima: Saint Sebastian and Untitled (Green Head), both from 1982.

In 1987, Wojnarowicz created a series of hybrid painting/collages based on the four elements; they were exhibited at Gracie Mansion Gallery soon after. Dense and allegorical, these works are threaded with symbologies of history, philosophy, and social life’s relationship to nature. Similar markers play out again in Wojnarowicz’s large-scale paintings of flowers, such as Americans Can’t Deal With Death, in 1990 and his earlier, dystopian History Keeps Me Awake at Night, (For Rilo Chmielorz). 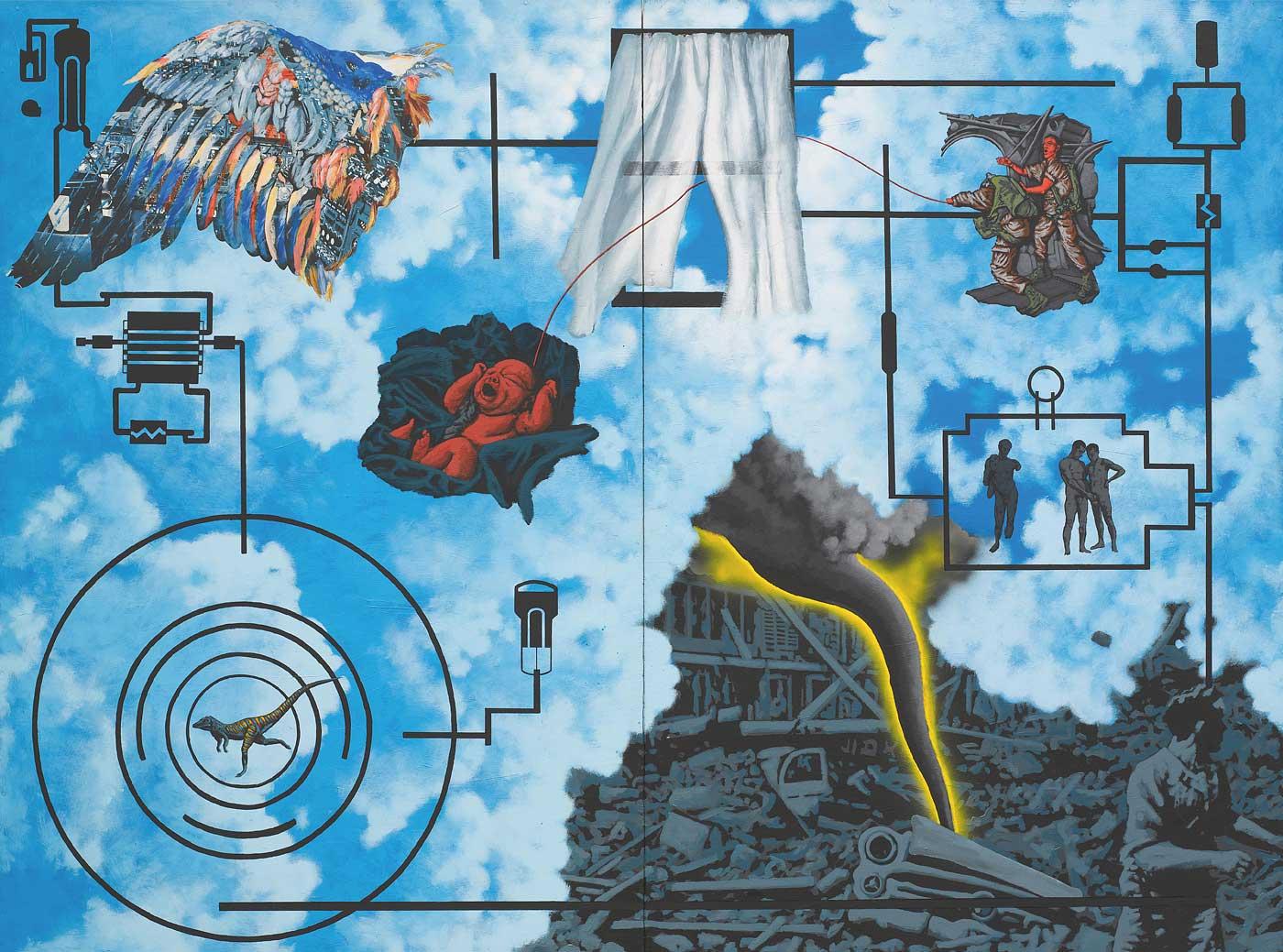 Collection of the Second Ward Foundation 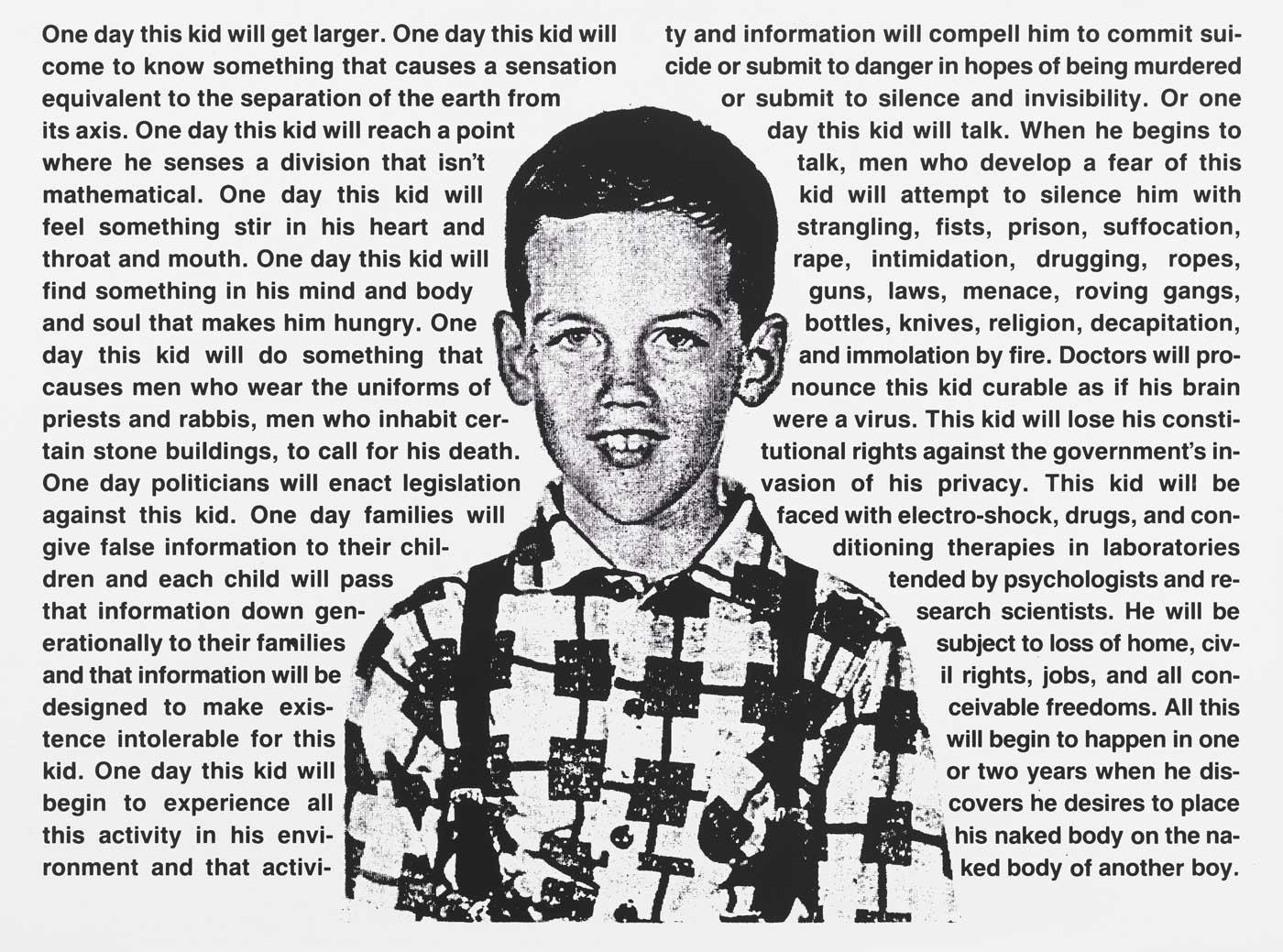 Courtesy of The Estate of David Wojnarowicz and P.P.O.W Gallery, New York, NY 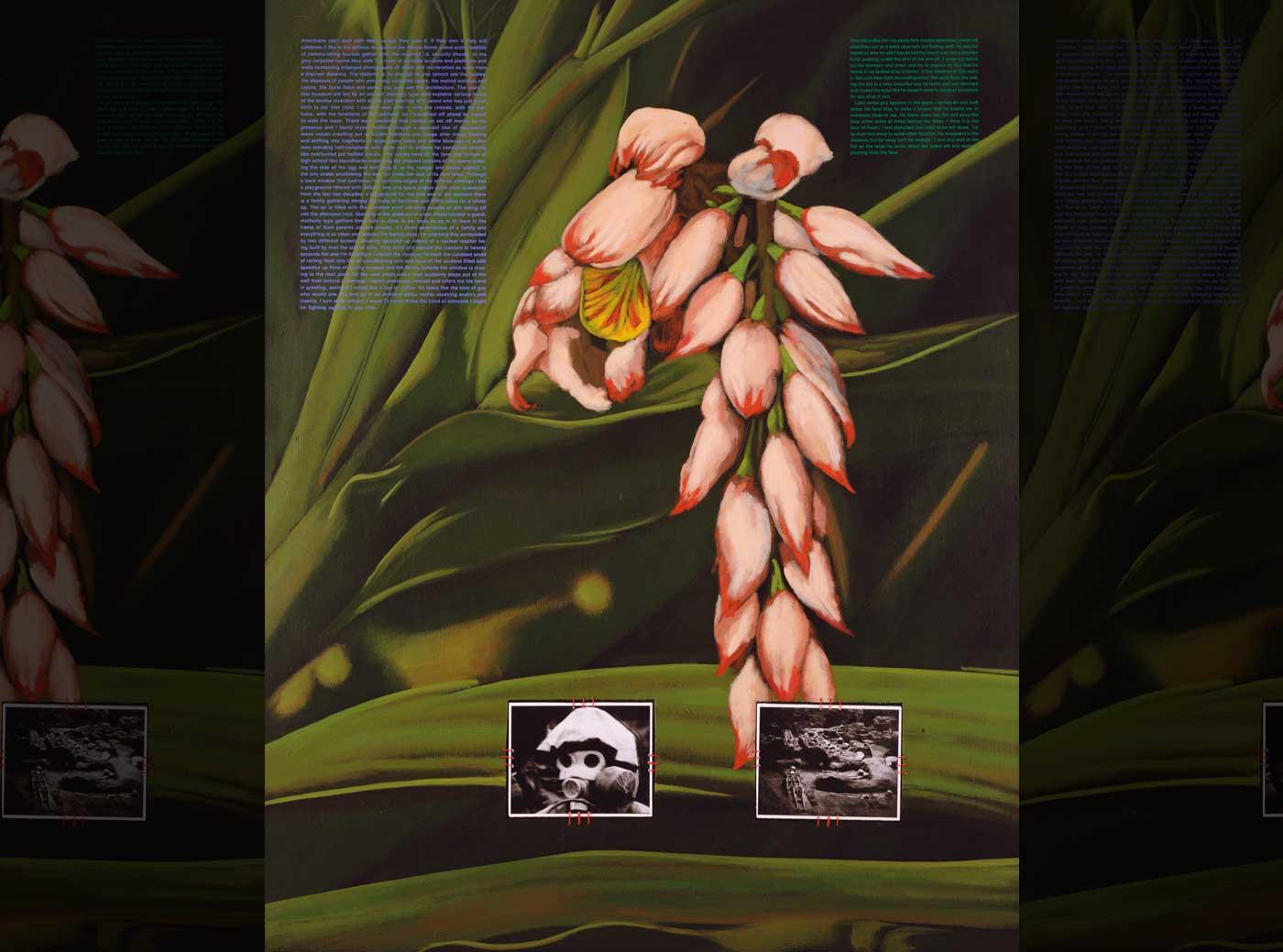 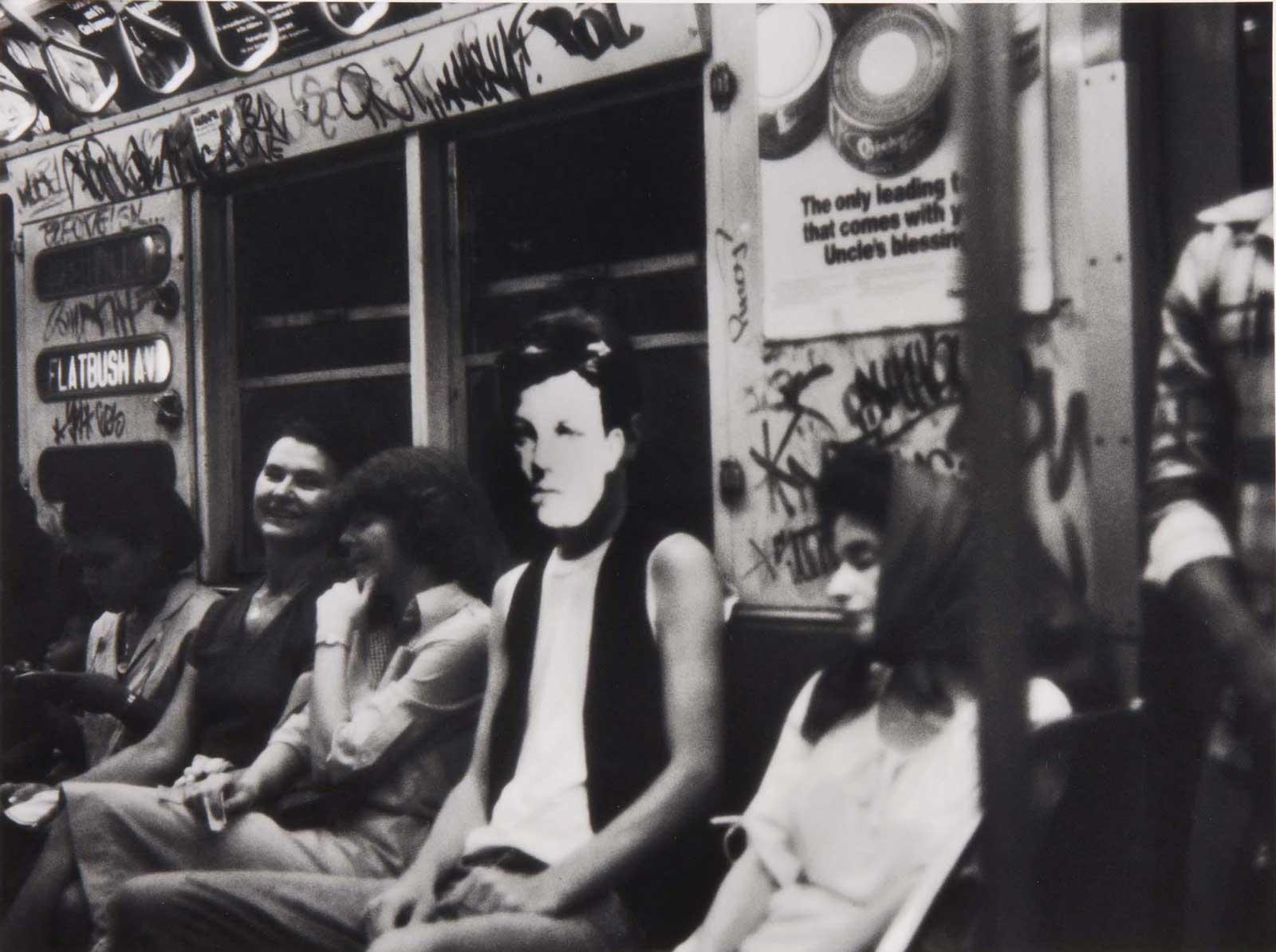 Image courtesy of the Estate of David Wojnarowicz and P.P.O.W., New York. 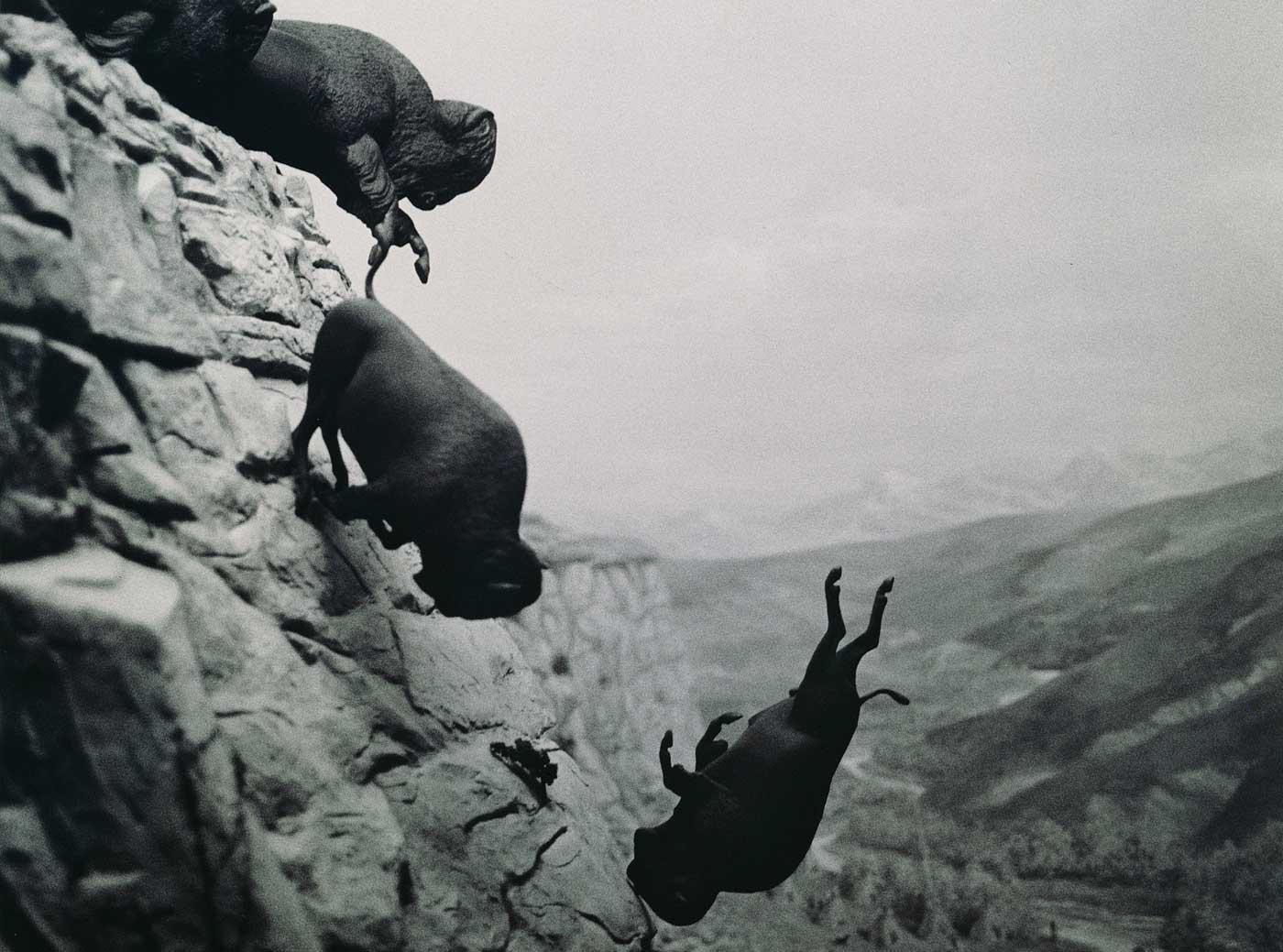 This series once again points back to Hujar. Wind (For Peter Hujar) references a 1512 drawing of a bird’s wing by Albrecht Dürer, one of the photographer’s favorite works. Much like Peter Hujar Dreaming/Yukio Mishima: Saint Sebastian, with its allusions to Renaissance depictions of the pierced and arrowed saint, Wind shows Wojnarowicz’s indebtedness to his artistic influences, whether they are depths of art history or the immediacy of Hujar. Wojnarowicz would return to these symbols again: after Hujar passed due to AIDS-related complications, Wojnarowicz had the wing carved into his tombstone, and he often spoke of his friend as “the wind in the air.”

Wojnarowicz’s final dedication to Hujar occurred just hours before the mentor’s death in 1988. Gathered with friends in Hujar’s hospital room, Wojnarowicz asked to be alone as he photographed and filmed Hujar’s final hours. The exhibition features three such images—stark, black-and-white, silver gelatin prints of Hujar’s face, hands, and feet. The medium and tender intimacy harken back to Hujar’s own portraits of Wojnarowicz several years before. While created under wildly distinct circumstances, these photos bookend the men’s relationship and are the ultimate document to their influence on one another’s work.

Wojnarowicz’s photographs of Hujar are haunting, and inextricable from the crisis they depict. The artist’s anger and devastation around AIDS permeated the rest of his life and work. In the years after Hujar passed, Wojnarowicz’s practice became achingly political. He turned out work that would confront the loss of more lives, such as 1988-89’s Spirituality (for Paul Thek), as well as his own diagnosis. He further conjoined art and activism through screen printings and other work with the AIDS Coalition to Unleash Power, or ACT UP, which was, and continues to be, a leading organization in the global fight against AIDS. In fact, the group protested the exhibition in its opening weeks, successfully lobbying for both more information on Wojnarowicz’s connection to ACT UP and additional context on the continued urgency of the AIDS crisis.

Wojnarowicz was involved with other projects linking art, artivism and politics, including Witness: Against our Vanishing, an exhibition of artist responses to AIDS. He contributed his own work and a searing exhibition catalog essay to the show; these documents would soon become the center of his battle with the NEA. At the Whitney, Wojnarowicz’s words mark the wall: “When I was told I contracted this virus it didn’t take me long to realize that I’d contracted a diseased society as well.” By 1992, he too, had died of AIDS-related complications.

The richness of Wojnarowicz’s life and work is on rare display in History Keeps Me Awake at Night. Punctuated, but not overburdened, by the controversies that thrust him into the culture wars’ spotlight, the show pays homage to one of the 1990s most important artists. Deft display and description of Wojnarowicz’s acerbic work puts the art at the center of this history-making exhibition; and here the artist is further supported by the muses, mentors, and icons that are central to his work.