'Visions of Order and Chaos: The Enlightened Eye' at the Carnegie Museum of Art 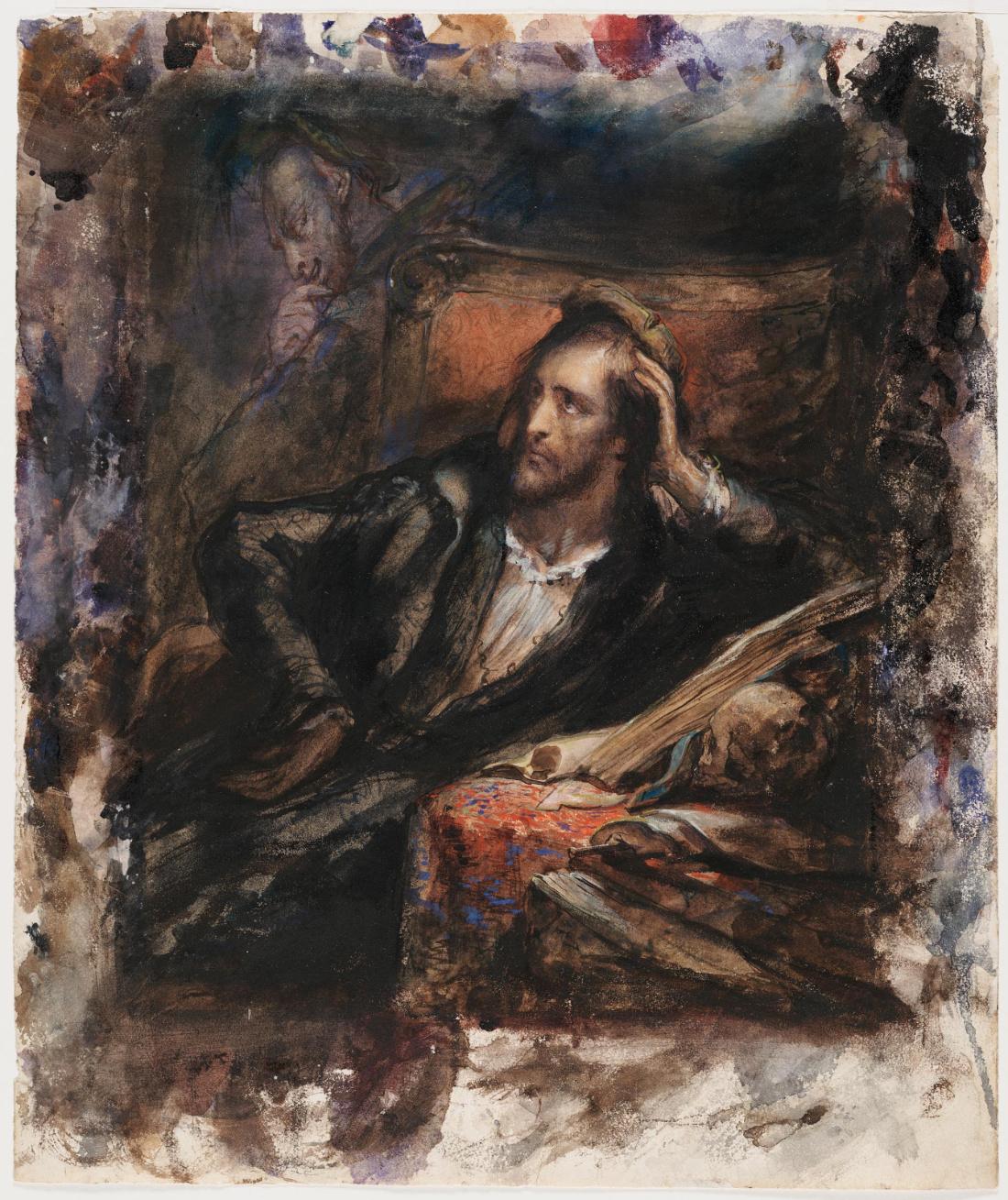 Ary Scheffer, ‘Faust in His Study,’ c. 1831, watercolor and gouache on paper, Carnegie Museum of Art, Gift of Dr. and Mrs. Daniel Fishkoff

Visions of Order and Chaos: The Enlightened Eye

Pittsburgh, PA…Carnegie Museum of Art announces its first major exhibition of its 1750–1850 holdings, Visions of Order and Chaos: The Enlightened Eye. The exhibition packs CMOA’s Heinz Galleries with over 200 popular and never-before-seen works. It shares artist’s visions of a world rapidly becoming modern, and shaped by explosive debates: Does religion have a role in public life? Should we redistribute wealth to the poor? Can women fully participate in democracy? Can public education produce good citizens? All remain hot-button issues today.

Between 1750–1850, the world changed dramatically. Revolutions toppled monarchies, and constitutional democracy took root in the US and France. This was a time of accelerating ideas on liberty and equality challenging social norms. People began to behave in ways we’d recognize today. Portraits depict their subjects in classical costume, just as we would carefully style an Instagram profile or digital avatar. Gorgeous painted fans could send quick messages, signaling romance from across the room. Celebrities behaved badly and artists captured every single episode.

The Enlightenment was a time of reason and order. Scientific breakthroughs and new ways of governing stimulated optimism for making the world better. A portrait by George Romney, ca. 1779–1780, shows an idealized image of his subject in classical garments and pose. An Edward Hicks painting from 1837 depicts a peaceful gathering of European colonists and Native Americans, alongside a menagerie of coexisting animals, a utopian vision of a young United States. Subjects like global trade, scientists at work, and a new recognition of non-Western cultures crept into art.

The Romantics challenged notions of rational, orderly societies. Watching as the noble ideals of the French Revolution ended in violent chaos, the Romantics championed emotions and individuals. Miniature portraits of lovers were worn inside of clothes and out of sight. Ary Scheffer’s 1851 masterwork depicts the swirling shades of entwined lovers Francesca and Rimini from Dante’s Inferno. In Caspar David Friedrich’s 1803 print, a forlorn woman contemplates suicide.

Research and restoration projects have yielded several never-before-shown works. Combined with new acquisitions and longtime gallery favorites, the exhibition tells a story of this sensational century. Quotes from writers of the time contextualize the art on view.

Through painting, sculpture, furniture, prints, drawings, and personal objects, The Enlightened Eye shows a Western world in tension between rational order and chaotic abandon. This was one of the most fascinating times in our history, and CMOA invites you to view our world through their eyes.

Visions of Order and Chaos: The Enlightened Eye is organized by Louise Lippincott, curator of fine art, with additional support from Rachel Delphia and Margaret Powell, department of decorative arts and design.

Support
Generous support for this exhibition is provided by The Fellows of Carnegie Museum of Art, the Richard C. von Hess Foundation, the Gailliot Family Foundation, and Ritchie Battle. Additional support is provided by the Mary Louise and Henry J. Gailliot Fund for Exhibitions, the Martin G. McGuinn Art Exhibition Fund, Martha Malinzak, and The European Fine Art Foundation.

Carnegie Museum of Art
CMOA creates experiences that connect people to art, ideas, and one another. We believe that creativity is a defining human characteristic to which everyone should have access. CMOA collects, preserves, and presents artworks from around the world in order to inspire, sustain, and provoke discussion, and to engage and reflect multiple audiences. Our world-class collection of over 30,000 works emphasizes art, architecture, photography, and design from the 19th century to the present. One of the four Carnegie Museums of Pittsburgh, Carnegie Museum of Art was founded by industrialist and philanthropist Andrew Carnegie in 1895. Learn more: call 412.622.3131 or visit cmoa.org.

Learn more about this exhibition.
Tags
Carnegie Museum of Art