The Visionary Art of William Blake 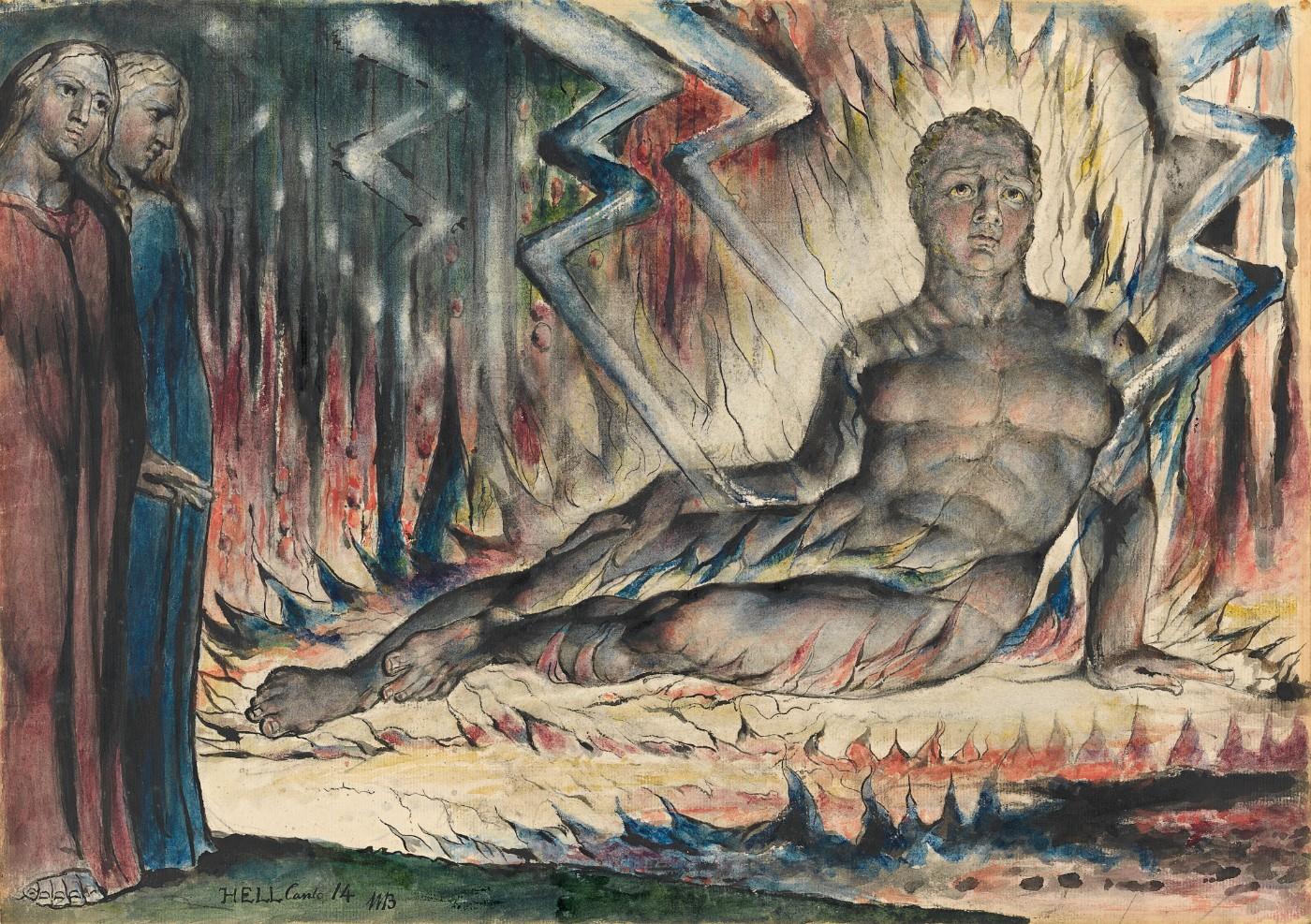 William Blake (1757-1827), Capaneus the Blasphemer, 1824-1827. Pen and ink and watercolor over pencil and black chalk, with sponging and scratching out. National Gallery of Victoria, Melbourne.

Tate Britain presents the largest survey of work by William Blake (1757-1827) in the UK for a generation. A visionary painter, printmaker and poet, Blake created some of the most iconic images in the history of British art and has remained an inspiration to artists, musicians, writers and performers worldwide for over two centuries. This ambitious exhibition brings together over 300 remarkable and rarely seen works and rediscovers Blake as a visual artist for the 21st century. 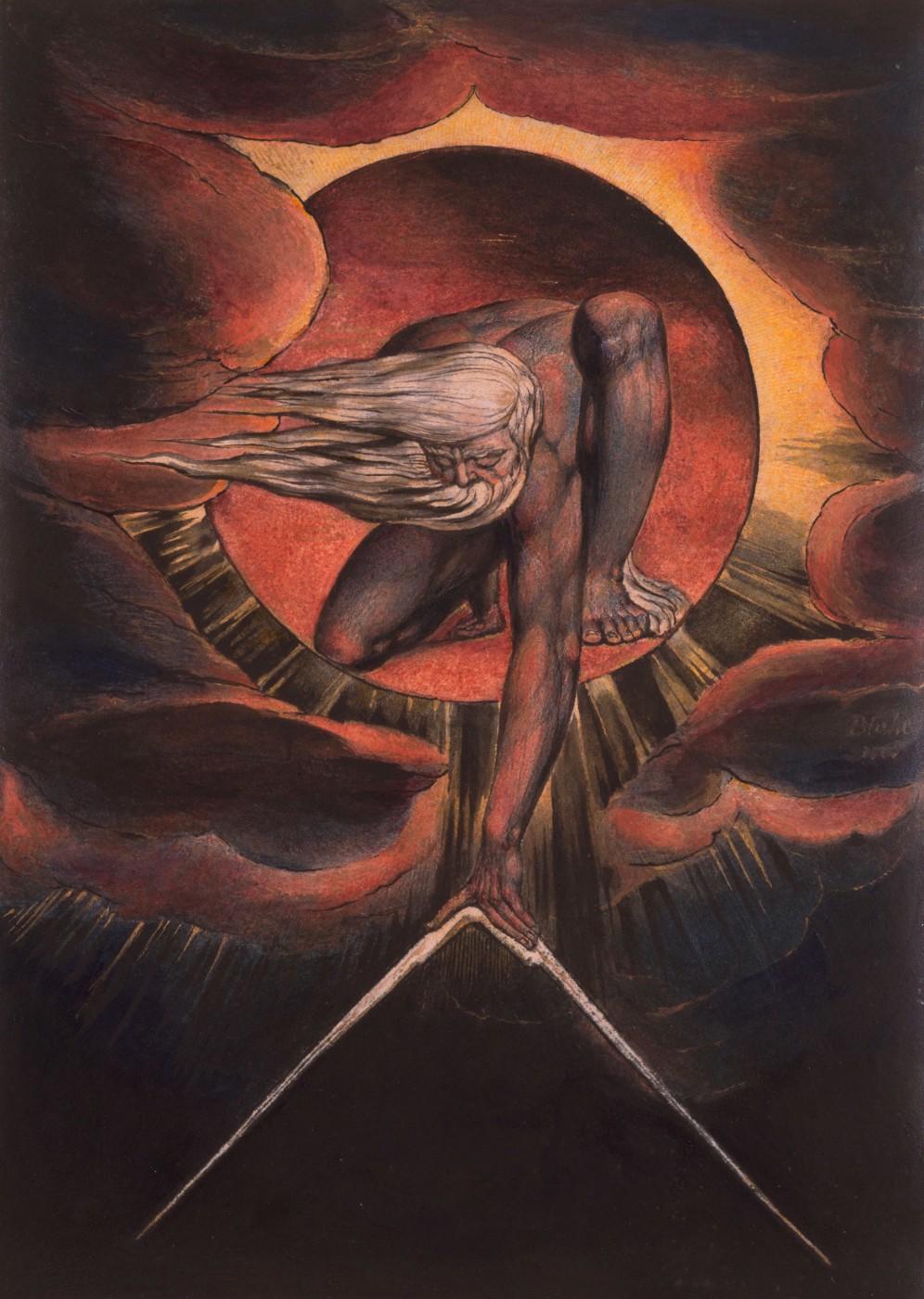 William Blake (1757-1827), 'Europe' Plate i: Frontispiece, 'The Ancient of Days', 1827. Etching with ink and watercolor on paper. The Whitworth, The University of Manchester.

Tate Britain reimagines the artist’s work as he intended it to be experienced. Blake’s art was a product of his tumultuous times, with revolution, war and progressive politics acting as the crucible of his unique imagination, yet he struggled to be understood and appreciated during his life. Now renowned as a poet, Blake also had grand ambitions as a visual artist and envisioned vast frescos that were never realized. For the first time, The Spiritual Form of Nelson Guiding Leviathan c.1805-9 and The Spiritual Form of Pitt Guiding Behemoth c.1805 have been enlarged and projected onto the gallery wall on the huge scale that Blake imagined. The original artworks are displayed nearby in a restaging of Blake’s ill-fated exhibition of 1809, the artist’s only significant attempt to create a public reputation for himself as a painter. Tate has recreated the domestic room above his family hosiery shop in which the show was held, allowing visitors to encounter the paintings exactly as people did over 200 years ago.

The exhibition also provides a vivid biographical framework in which to consider Blake’s life and work. There is a focus on London, the city in which he was born and lived for most of his life. The burgeoning metropolis was a constant source of inspiration for the artist, offering an environment in which harsh realities and pure imagination were woven together. Blake’s creative freedom was also dependent on the unwavering support of those closest to him: his friends, family and patrons. Tate Britain highlights the vital presence of his wife Catherine Blake who offered both practical assistance and became an unacknowledged hand in the production of the artist’s engravings and illuminated books. The exhibition showcases a series of illustrations to Pilgrim's Progress 1824-27 and a copy of the book The complaint, and the consolation Night Thoughts 1797, now thought to be colored by Catherine. 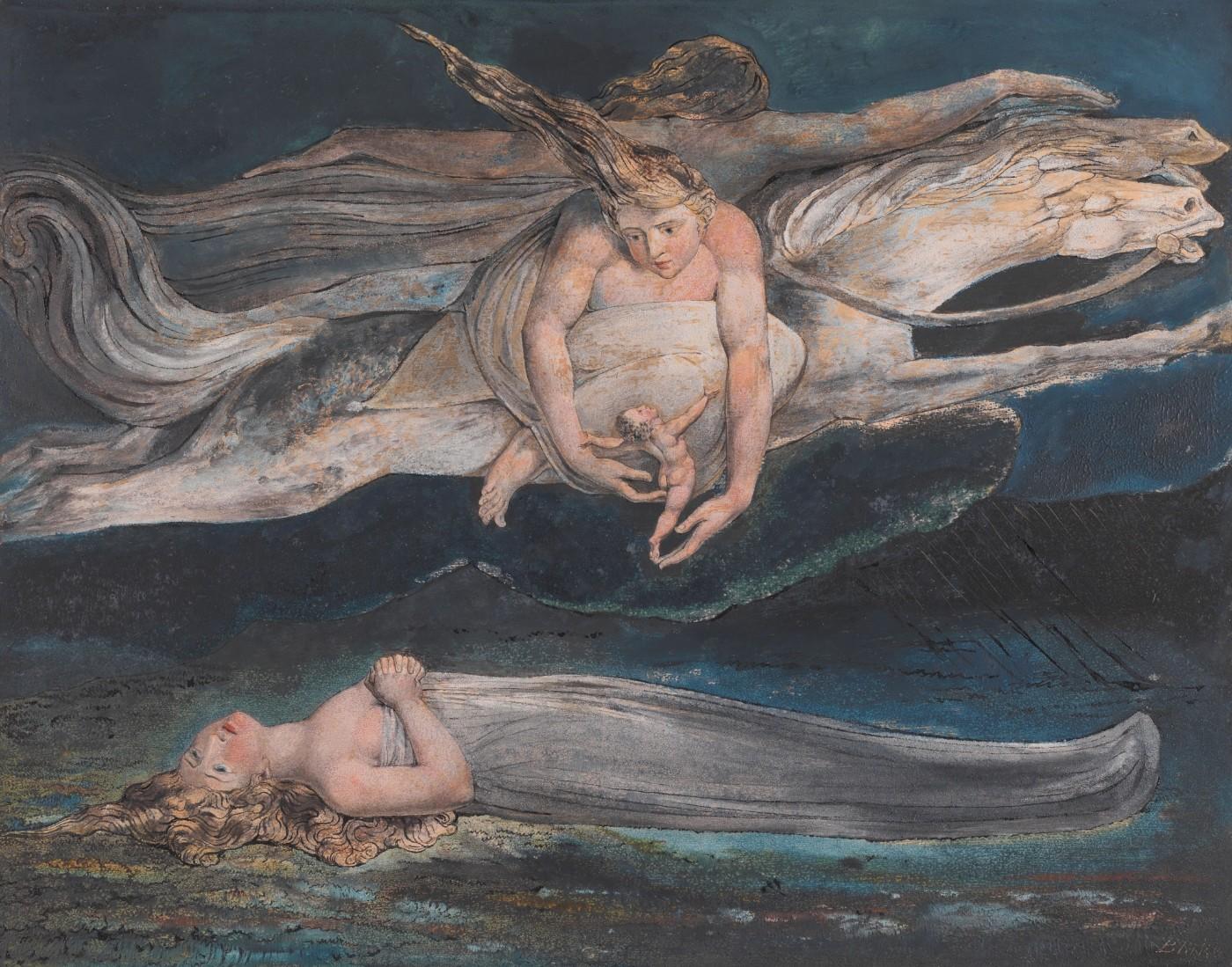 William Blake was a staunch defender of the fundamental role of art in society and the importance of artistic freedom. Shaped by his personal struggles in a period of political terror and oppression, his technical innovation, and his political commitment, these beliefs have inspired the generations that followed and remain pertinent today. Tate Britain’s exhibition opens with Albion Rose c.1793, an exuberant visualization of the mythical founding of Britain, created in contrast to the commercialization, austerity and crass populism of the times. A section of the exhibition is also dedicated to his illuminated books such as Songs of Innocence and of Experience 1794, his central achievement as a radical poet.

Additional highlights include some of Blake’s best-known works including Newton 1795-c.1805 and Ghost of a Flea c.1819-20. This intricate painting was inspired by a séance-induced vision and is shown alongside a rarely seen preliminary sketch. The exhibition closes with The Ancient of Days 1827, an illustration for an edition of Europe: A Prophecy, completed only days before the artist’s death.

William Blake at Tate Britain is curated by Martin Myrone, Senior Curator, pre-1800 British Art, and Amy Concannon, Curator, British Art 1790-1850. The exhibition is accompanied by a catalogue from Tate Publishing and a programme of talks and events in the gallery.