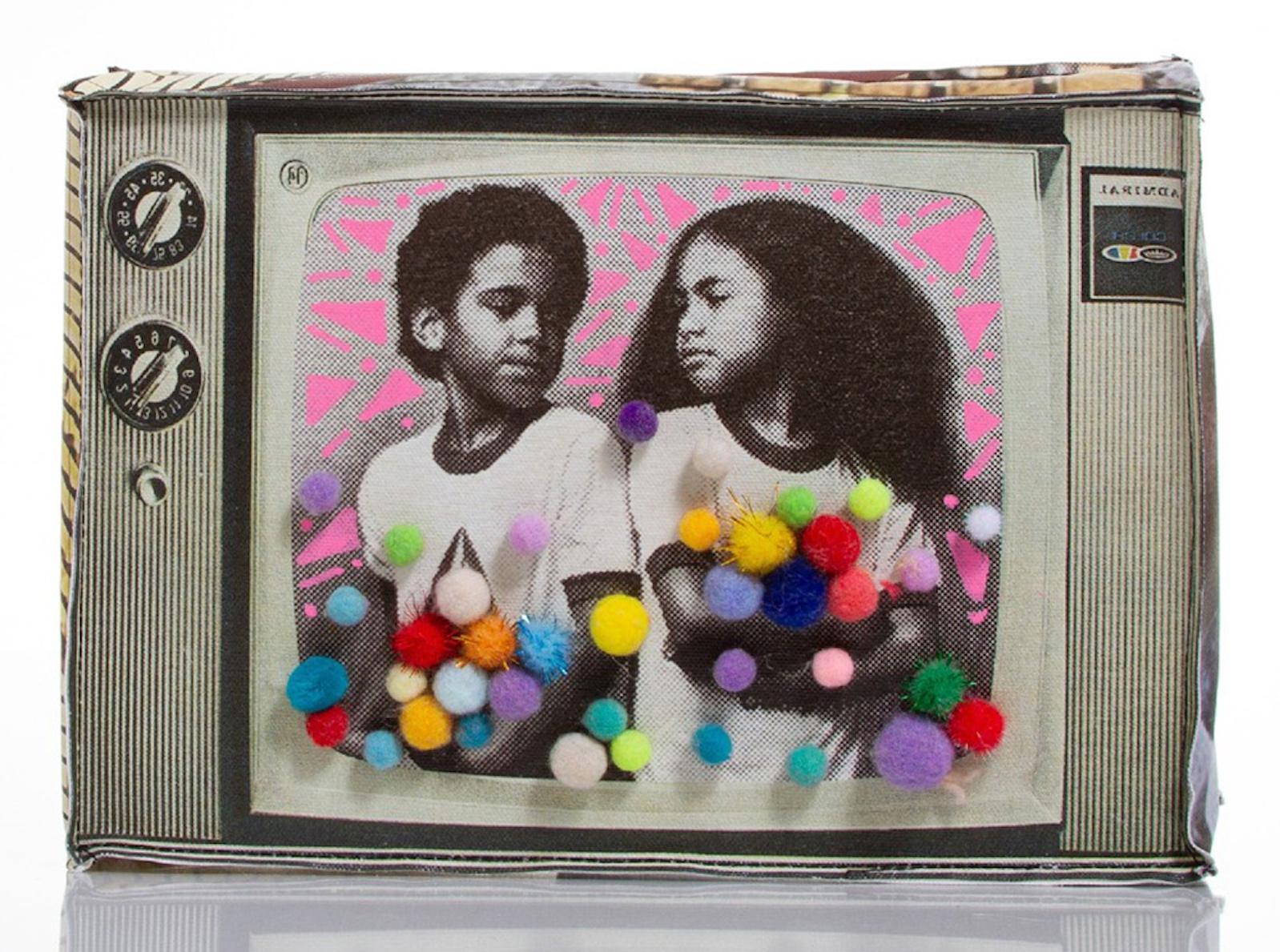 The Untitled Space is pleased to present UNRAVELED: Confronting The Fabric of Fiber Art a group show opening on April 17 and on view through May 28, 2021. Curated by Indira Cesarine, the exhibition will feature textile and fiber-based artworks by 40 contemporary artists. UNRAVELED: Confronting The Fabric of Fiber Art explores in depth the themes and techniques of the medium through the works of female-identifying artists working with natural and synthetic fiber, fabric, and yarn. The exhibition presents figurative and abstract works that address our lived experience and history through the lens of women weaving, knotting, twining, plaiting, coiling, pleating, lashing, and interlacing. Narratives of self-identification, race, religion, gender, sexuality, our shared experience, as well as protest and the patriarchy are literally "unraveled" through embroidery, felt, woven and hooked rugs, braided and sewn hair, sewn fabrics, discarded clothing, cross-stitching, repurposed materials and more.

Curatorial Statement: unravel [ uhn-rav-uhl ] to separate or disentangle the threads of (a woven or knitted fabric, a rope, etc.). to free from complication or difficulty; make plain or clear; solve: to unravel a situation; to unravel a mystery. UNRAVELED: Confronting the Fabric of Fiber Art investigates the narratives of contemporary fiber artists. The exhibition brings together a diverse group of artists who each address through their own personal vision, materials, and methods, works that are deeply rooted in the history of feminism, in the intersection of art and craft, addressing our living experiences and personal languages. We live in a world of extremes - on one hand, the pandemic has brought forth an intensity on digital and online programming peaking with the emergence of NFT art, and on the opposite end of the spectrum we are seeing a return to the comforts of the home and along with it a renaissance of organic and handmade artworks that embody that spirit. The laborious and repetitive methods required to create one work of fiber art can take hundreds of hours yet equally, the creation process is often referred to as a mediative act of healing, allowing for an expressive personal and cultural interrogation. 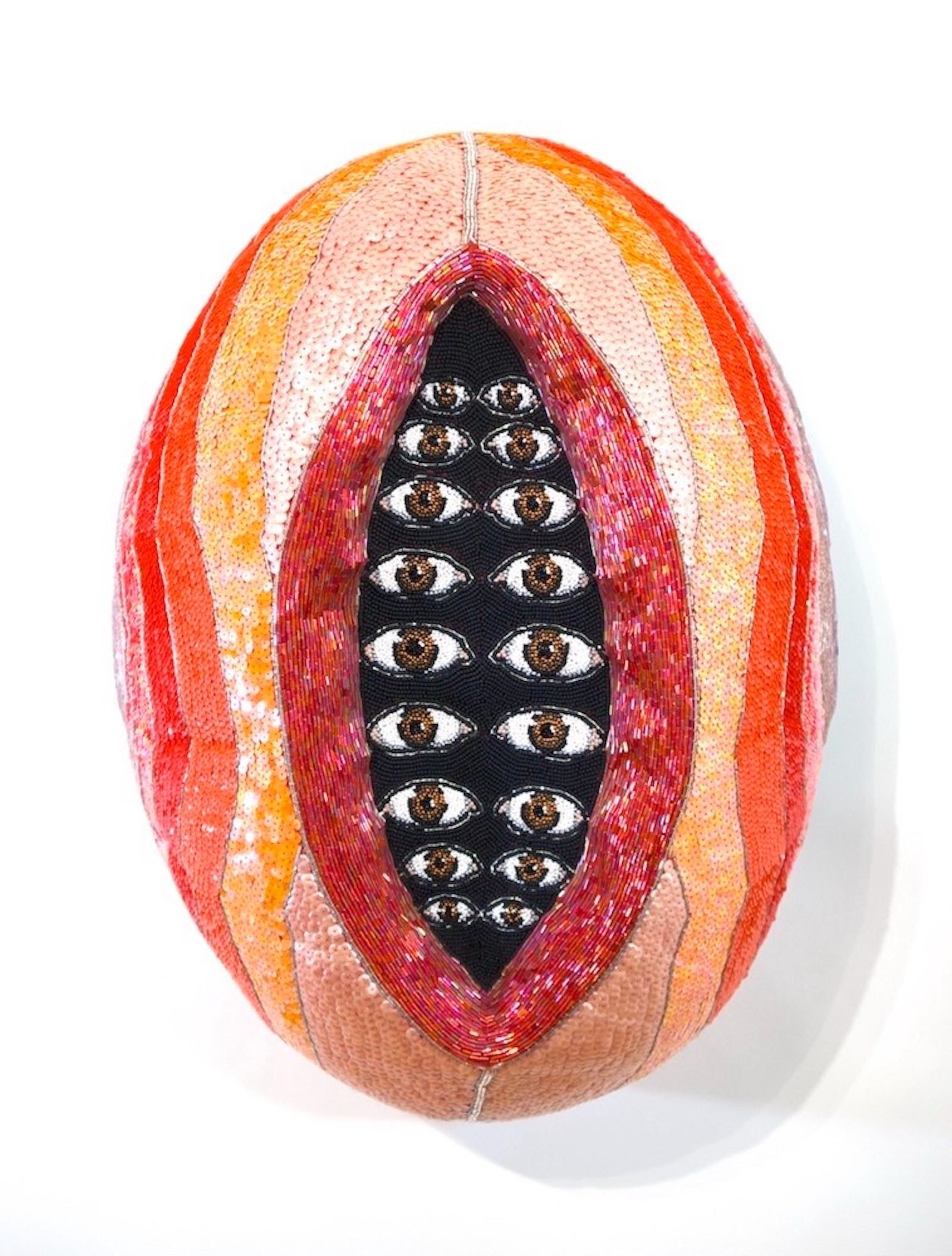 Fibers have been an integral part of human civilization for thousands of years. Textile art is one of the oldest art forms, dating back to prehistoric times. Despite early works of textiles such as embroideries and tapestries having been made by both men and women, the tradition of textiles and needlework evolved into that of "women's work" and was not only dismissed as not “important” but was literally banned from the high art world by the Royal Academy in the eighteenth century (circa 1769). With the rise of the women’s movement as well as technological advances, women reclaimed the medium, subverted its history as a lesser art form, and transformed it into a tool of expression, of protest, of personality. From early suffrage movement embroidered banners to the groundbreaking exhibitions and works of female pioneers such as Bauhaus weaver Anni Alber’s momentous solo show at the Museum of Modern Art in 1949, Lenore Tawney’s exhibition at the Staten Island Museum in 1961 to Judy Chicago’s groundbreaking 1979 work The Dinner Party, we have seen the medium evolve and inspire new generations of fiber artists.

UNRAVELED: Confronting the Fabric of Fiber Art explores this new wave of female-identifying artists who are using materials ranging from thread and yarn to human hair, fabrics, and discarded clothing, among a range of other components to unravel the “language of thread” with works that provoke and interrogate. Whether drawn from a deeply personal narrative, or rooted in political motivation, each artist weaves, spins, sews, and hooks the viewer with their detailed and intricate textures that communicate and empower. The exhibition presents two and three-dimensional pieces that explore with gravity and humor our contemporary culture, its beauty, flaws, and idiosyncrasies through murals, assemblages, fragile and gestural threads, meditative, and metaphorical fibers. UNRAVELED: Confronting the Fabric of Fiber Art pushes the boundaries, investigates ancient as well as new materials and techniques, and presents a contemporary universe of the language of women and their interwoven, progressive vocabulary.” – Curator Indira Cesarine